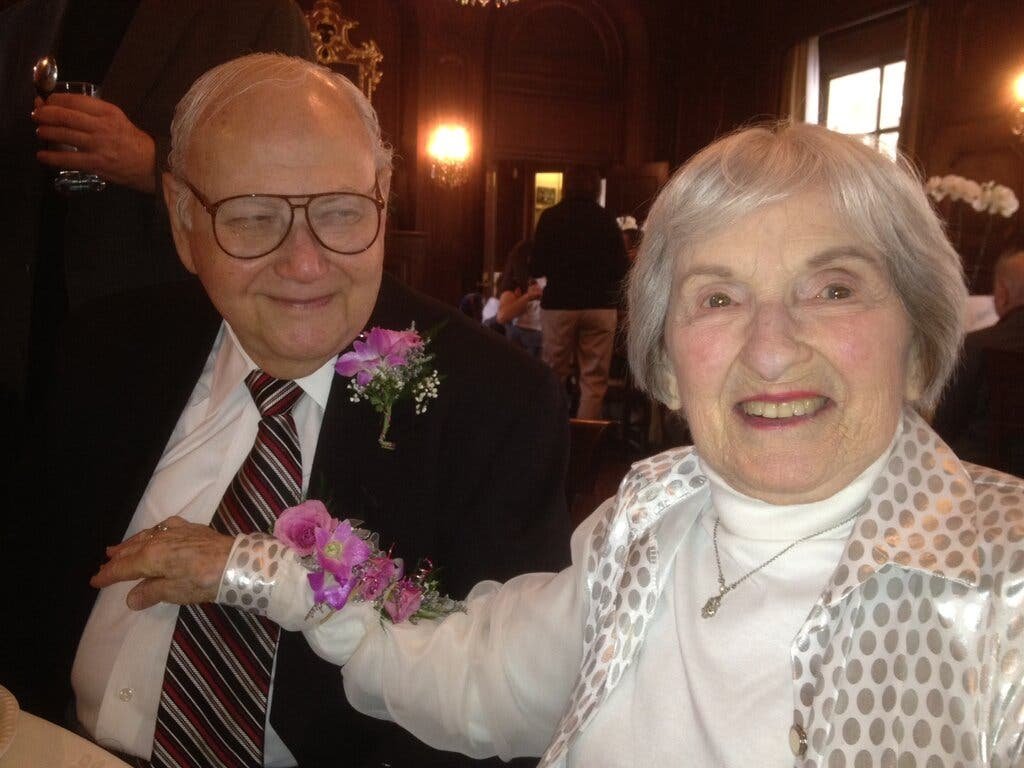 Lee Kaufman, Swiffer commercial star and former Valley Stream elementary school teacher, died Dec. 18 at a hospice center in Port Jefferson from reported Covid-19 complications. She was 99. Kaufman reached unlikely, late-life stardom alongside her husband, Morty Kaufman, as the hugely popular ‘Swiffer Couple,’ appearing on television commercials for Swiffer’s line of cleaning products.
It all started when Kaufman’s daughter, Myra Kaufman, mentioned her parents to a casting director who called her in search of a mature couple over 70. Then at 91 years old, Kaufman and her husband found themselves welcoming audiences into their Valley Stream home as the couple instantly captured the hearts of millions with their charming, off-script banter and antics. The commercial and a string of more ads to follow showcases the Kaufman’s house-cleaning troubles with standard, old-school home cleaning tools before ditching them for a box of Swiffer’s cleaning products.
The couple’s smash-hit television appearance opened the flood gates for Swiffer’s new advertising strategy featuring the lives of ordinary people, not paid actors. Several more ads using ordinary people soon followed. Kaufman was born Leah Marion Auerbach on Oct. 4, 1922, in Brooklyn. She is survived by her husband Morty and her two children, Myra and Bruce, from her first husband, and also children of Morty’s first marriage, Scott, Warren, Doug, and Corrine, five grandchildren, and four great-grandchildren.