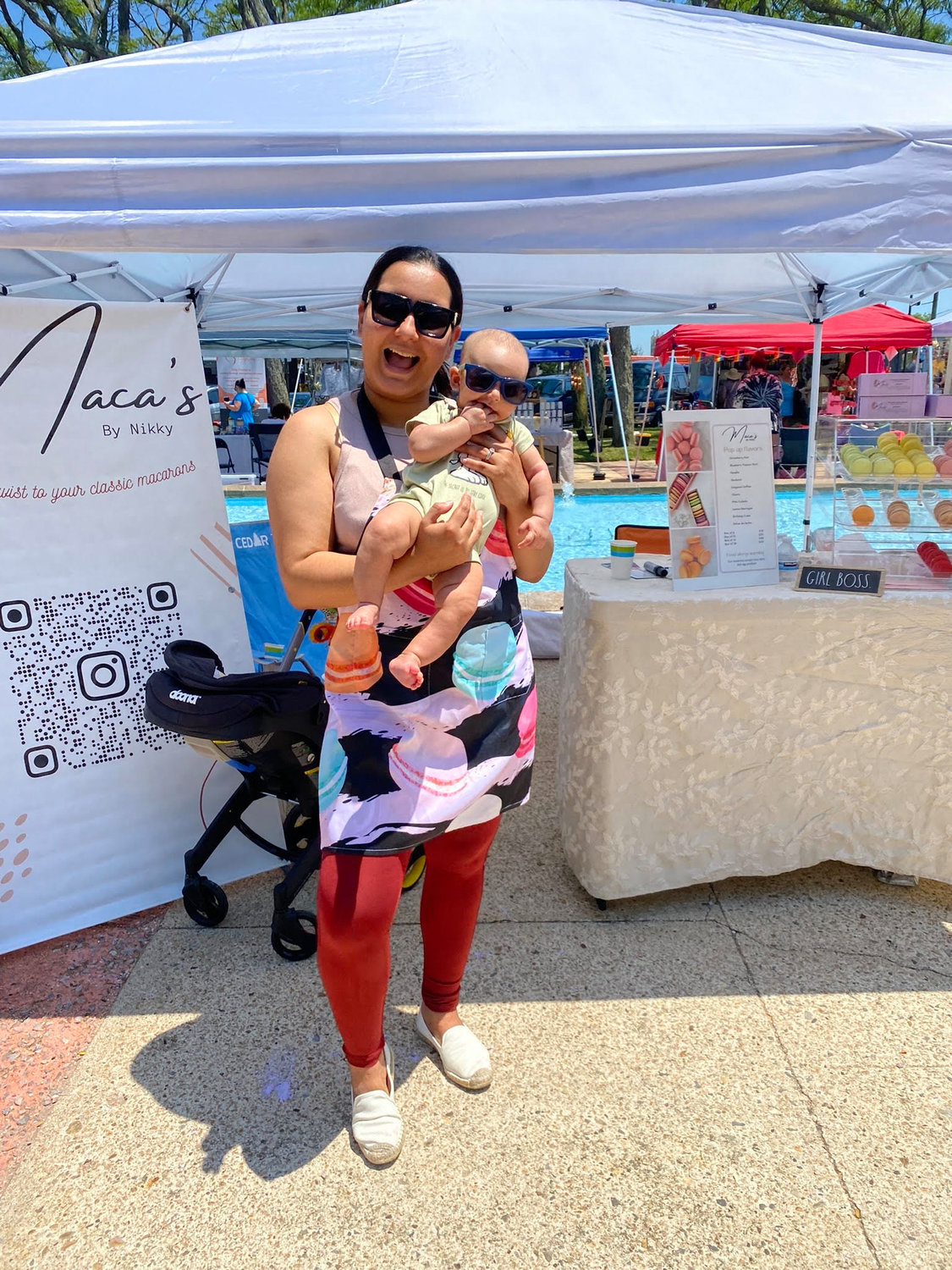 Nicole Guerrero, 26, was a sales representative for a company that sold telephones, but she needed to be home more to take care of her son, Stefano, now eight months.

Patrick O’Leary, 29, was a preschool teacher in Bohemia who left his job when the Covid 19 crisis took hold in early 2020 and felt lost and in need of a change in life.

Guerrero and O’Leary will be among more than 60 vendors who will be taking part in Long Beach’s first-ever Holiday Market, called “Light Up Long Beach,” beginning Dec. 2 and continuing on Fridays, Saturdays, Sundays and Wednesdays through Dec. 23.

The Light up Long Beach Holiday Market is the result of two years of dreaming and planning to bring this event to life,” said Debbie Grattan, executive director of LI Greenmarket Inc., a nonprofit market organizer.

“In this time of division and uncertainty, we want to bring people together to celebrate community, inclusion and the holidays we all love,” Grattan said.

All of the activities, food and vendors, musical performances, artistic activities for children and the appearance of Santa Klaus, will take place under a heated tent covering Kennedy Plaza, outside of Long Beach’s City Hall. The City of Long Beach is helping coordinate the event.

After she left her phone sales job in Far Rockaway, where she lives, Guerrero last year started a business, Macas by Nikky. She makes macaroons and plans to sell them at the Holiday Market. Her mother, Mayra, also started a business about the same time, Bites By Mayra. Mayra makes empanadas and will be selling them at the event.

“I started my business because I had to be home more with my son,” said Guerrero, who had also tried her hand at being a hostess at a restaurant in Lawrence. “Now, I can spend more time with my child,”: she said.

According to Grattan, a number of vendors began small businesses to “re-invent  themselves as their circumstances changed.”

O’Leary is one of them. He had been teaching preschool in Bohemia public schools for about four years when Covid caused a shutdown of in-person classrooms.

“I was in limbo for a while,” said O’Leary, of Patchogue. “No one knew when we were coming back to work.”  He fell back on something he had loved since childhood – cooking.

“I always cooked,” O’Leary said. At the Holiday Market, he will be offering French-style foods, including buttermilk biscuits and artisanal bread.

“I fully dove into this world,” O’Leary said. “It’s grown over time.”

There are Farmer’s Markets at Kennedy Plaza during the warmer months of the year, but this one will be the first such event during the Christmas-Hanukkah-Kwanza holidays. There will also be more vendors than are at the farmer’s markets.

“It will also, for the first time in Long Beach, allow people to shop under a heated tent surrounded by Christmas trees and Menorahs. There will be music arranged by Benoir of Arts in the Plaza and Studio Noir.