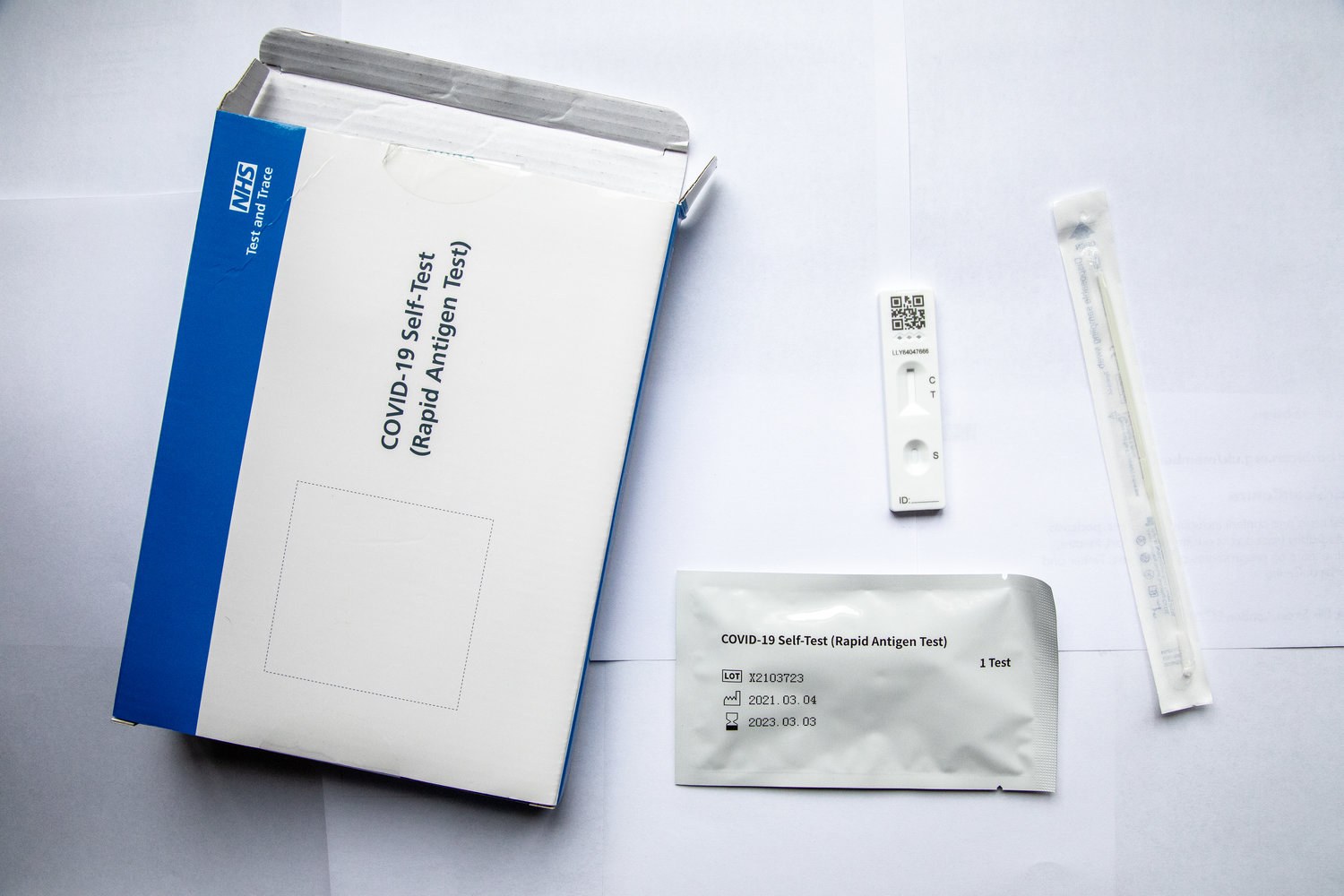 The North Shore School District handed out at-home test kits to families Jan. 5 and 6, providing one kit per child to district families. They could pick them up at North Shore High School, the middle school, Glenwood Landing School and Glen Head School.

Nassau BOCES received 196,000 test kits from the state on Thursday at its Syosset center. Each Covid-19 antigen at-home kit includes two tests, intended for one person, to be used over two to three days. The rapid diagnostic test provides a result in 10 minutes.

The state “wants to get them out to the students first,” Nassau BOCES Superintendent Robert Dillon said. “I’m hoping more will come [for the staff]. We’ll see.”

The district received 2,500 kits, one for each North Shore student, from BOCES Jan. 4, and began distribution to families the next day.

“If your child uses one and tests positive, we are advised by our district physician that you should assume that to be accurate,” North Shore Interim Superintendent Thomas Dolan said at the Jan. 6 Board of Education meeting. “You should notify the school, as you’ve been doing in the past, and consult your personal physician. We will follow all school protocols for a positive test, including isolation.”

After two days of test-kit distribution, the district announced a third distribution day on Jan. 11. The district distributed about 60 percent of the Covid-19 home test kits last week. That figure was likely to rise after the additional distribution of kits on Tuesday, but that number was not yet available at press time Wednesday.

“Thank you for your support and patience as we continue to travel through uncharted waters,” Dolan said. “I am happy to report that the return to school has been a good one, and I was happy to see students in all of our buildings.”

Chris Nellen, whose daughter attends North Shore Schools, wondered why the schools did not send test kits home with the students in their backpacks, rather than having parents pick them up. “They made us drive to a different school,” Nellen said.

As case rates are increasing across all age groups, no group’s positivity rate is spiking as quickly as under-18 young people. According to the State Department of Health, between Dec. 5 and Jan 1, hospitalizations owing to Covid-19 for those 18 years and younger increased more than 700 percent, while admissions for all other age groups combined rose twofold statewide. Of the newly admitted children, 91 percent ages 5 to 11 were unvaccinated, while 4 percent were fully vaccinated. Among 12- to 17-year-olds, 65 percent were unvaccinated, while 26 percent were fully vaccinated.