Students put the ‘giving’ in Thanksgiving 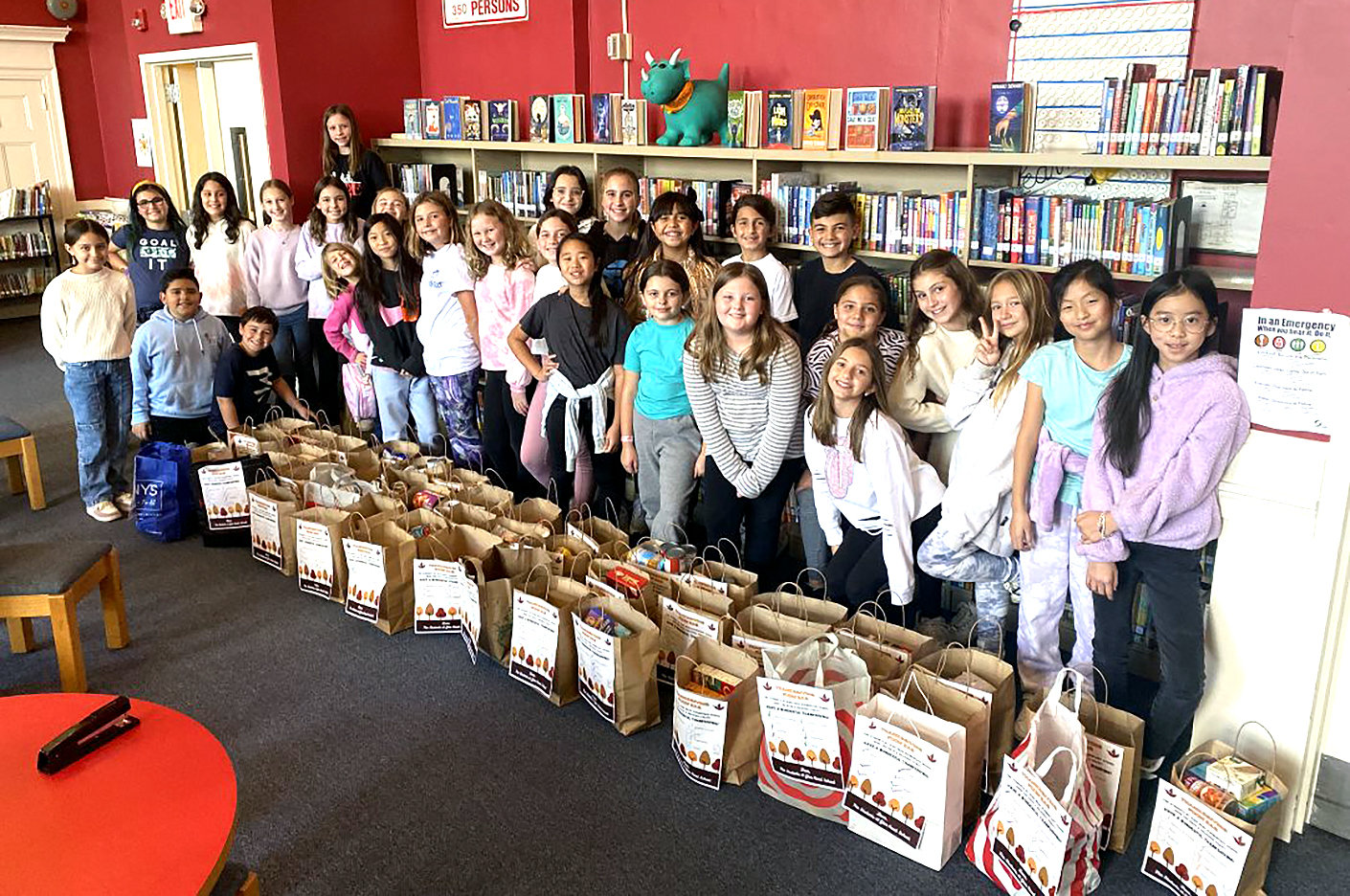 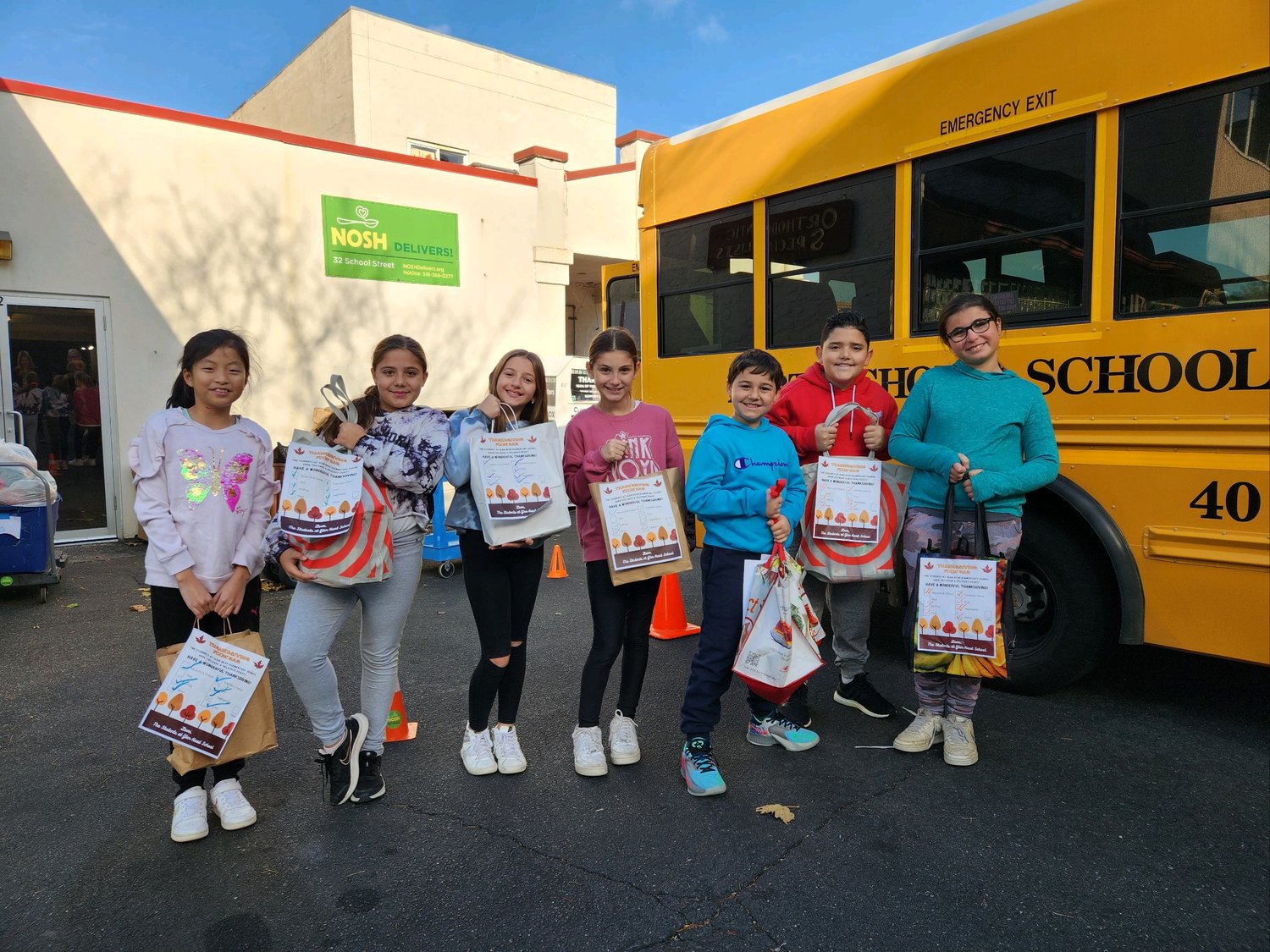 Officers of the Community Service Club, above, delivered the goods to NOSH on Nov. 17.
Courtesy North Shore School District 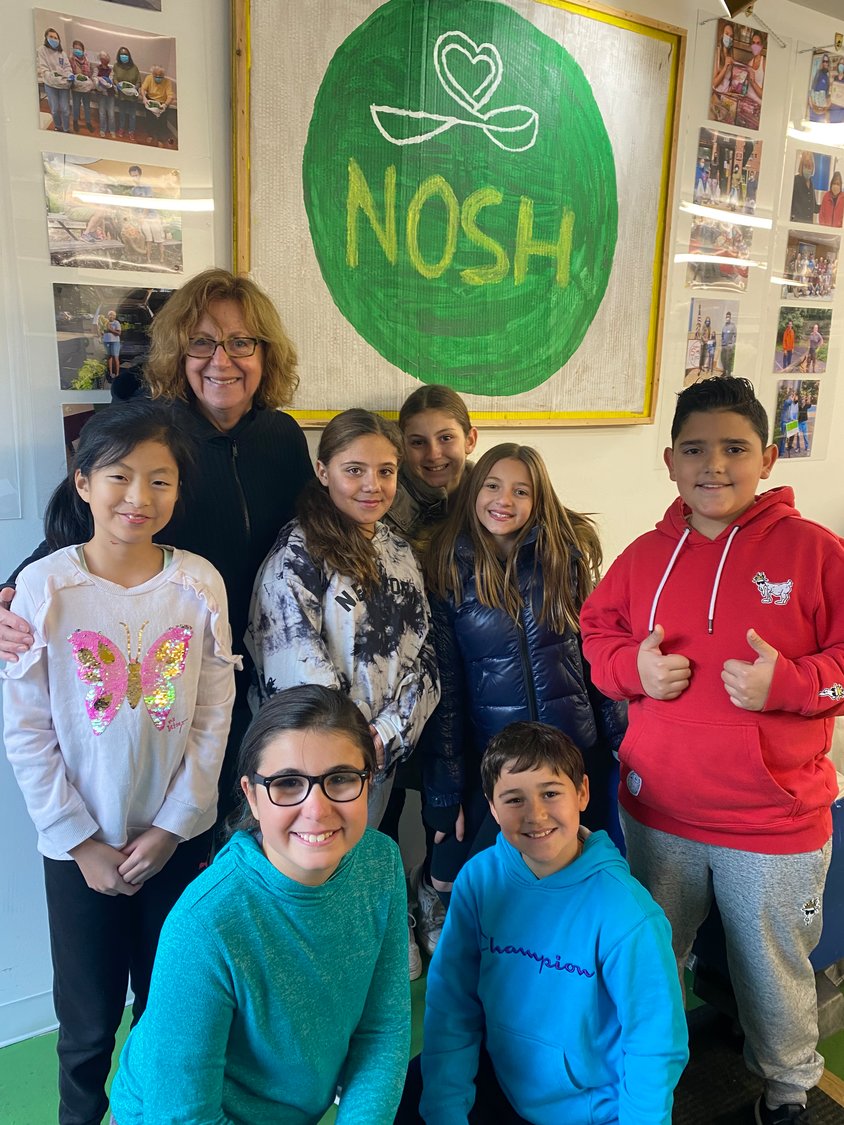 The students said they felt proud to have gotten the chance to help people in their community.
Courtesy Christine Kingsley
Previous Next

Students from the Glen Head School took the spirit of Thanksgiving to heart this year, as the members of the school’s Community Service Club banded together to raise and donate 68 bags and six large boxes of food to the non-profit NOSH, which distributes food to the food insecure.

Each month at Glen Head School they do a program called Accentuate the Positive, educating the students on valuable moral traits like kindness and honesty. This past November the chosen virtue was giving, and the young students spent their time learning the value of sharing with and considering the needs of others.

This inspired members of the Community Service Club to approach the group’s co-advisors, Janet Goldberg and Christine Kingsley, with the idea of doing a fundraiser to help support local families in need. The Service Club, which is made up of roughly 30 fifth-grade students, were inspired to do a food drive by last year’s fifth graders, who held one for the Interfaith Nutrition Network based in Hempstead.

Goldberg, who is also the school enrichment teacher, explained that the students were also inspired by the idea of Thanksgiving, and wanted the chance to make a real impact in their community.

“With Thanksgiving coming up, and with the focus on gratitude, they wanted to be able to share with those who are local and who aren’t as fortunate as they are,” Goldberg said. “They had also seen how involved last year’s fifth graders were and how much they enjoyed doing it, so they wanted to do it as well.”

Because the students wanted to focus their attentions more locally, with the help of their teachers they settled on raising goodie bags for NOSH, a Glen Cove-based non-profit charity organization which provides food distribution and services to the North Shore area.
To raise the food, the students and teachers came up with a “Fixin’ Bag,” where students from each grade in the school would bring in different items which would be consolidated so that each bag would hold the makings for a Thanksgiving dinner. The Service Club achieved this by raising awareness for the drive in the school, making announcements, putting up posters, and generally engaging the other grades to get involved.

“The fifth graders went into classrooms to talk to the other students about it and then they gathered all the food,” Kingsley, the school librarian, explained. “They’re also the ones that put together the assembled Fixin’ Bags, and then we were able to take our officers with us to actually deliver them.”

On Nov. 17, the seven officers of the Service Club got to ride with their advisors to deliver the meal bags to NOSH. Many remarked on how amazing it felt to get to help people in the community, and they’ve already begun planning future charitable efforts they could make.

“After the food drive, we created a document that included different fund drive ideas that we all wanted to do,” Alice, one of the students, said. “It made me feel badly that not all people are so fortunate.”

“This made me think that you need to treat others the way you want to be treated,” another student, Athina, continued. “Even kids can make change!”

The students’ enthusiasm and efforts has not gone unnoticed. Glen Head School Principal Peter Rufa explained that every day he gives different students, classes or clubs shout outs to highlight acts of service or positive action they have taken, and the day after the donation he gave them some well-earned praise for the whole school to hear.

“I’m extremely proud of the selfless act our students took in raising and organizing all of the food for NOSH,” Rufa said. “It’s a real demonstration of all the good that kids can do, and do do, each day.”