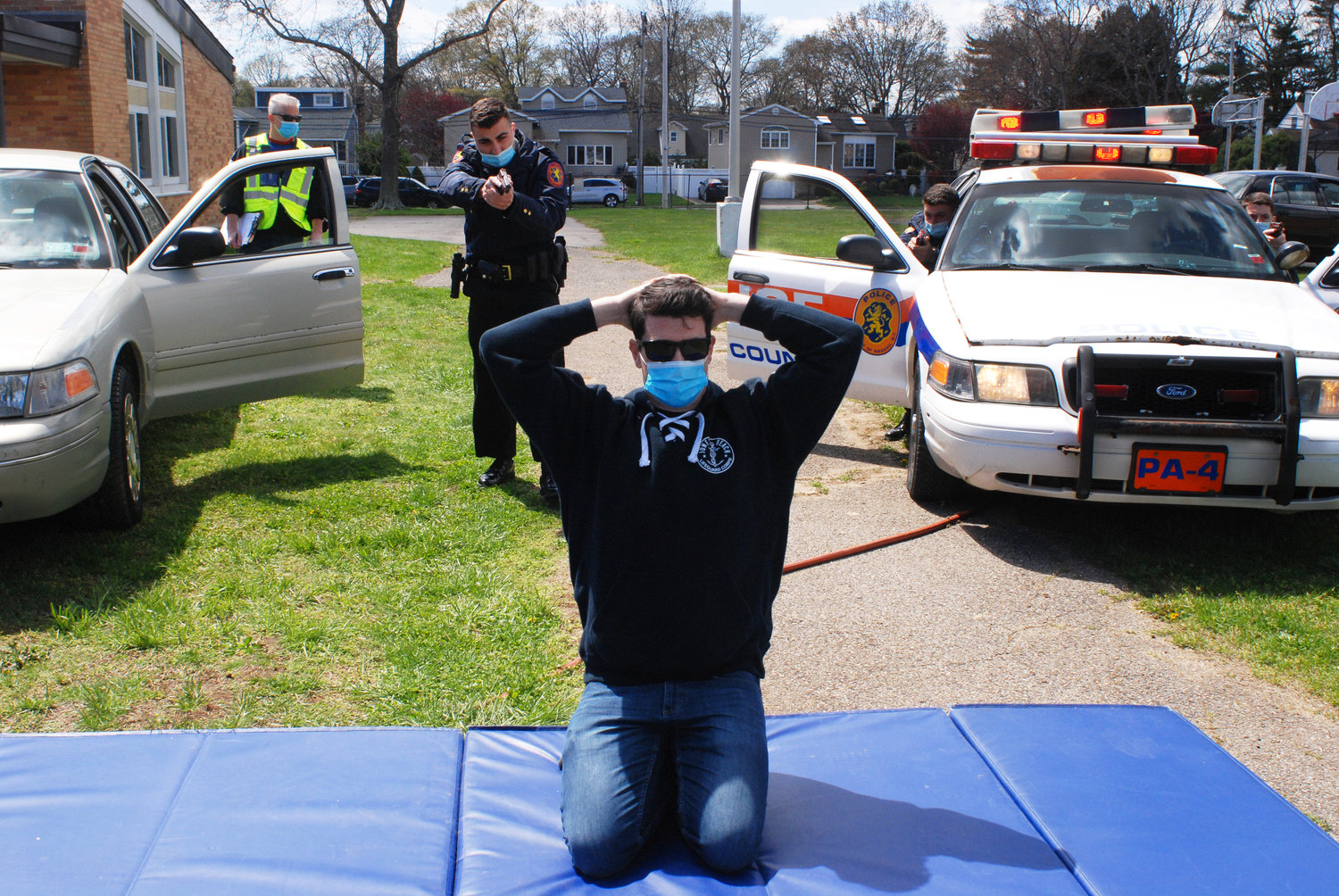 On a recent Thursday at the Nassau County Police Academy in North Massapequa, recruits practiced arresting a suspect during a felony car stop, in which the vehicle that was pulled over had reportedly been used in a crime.
Scott Brinton/Herald 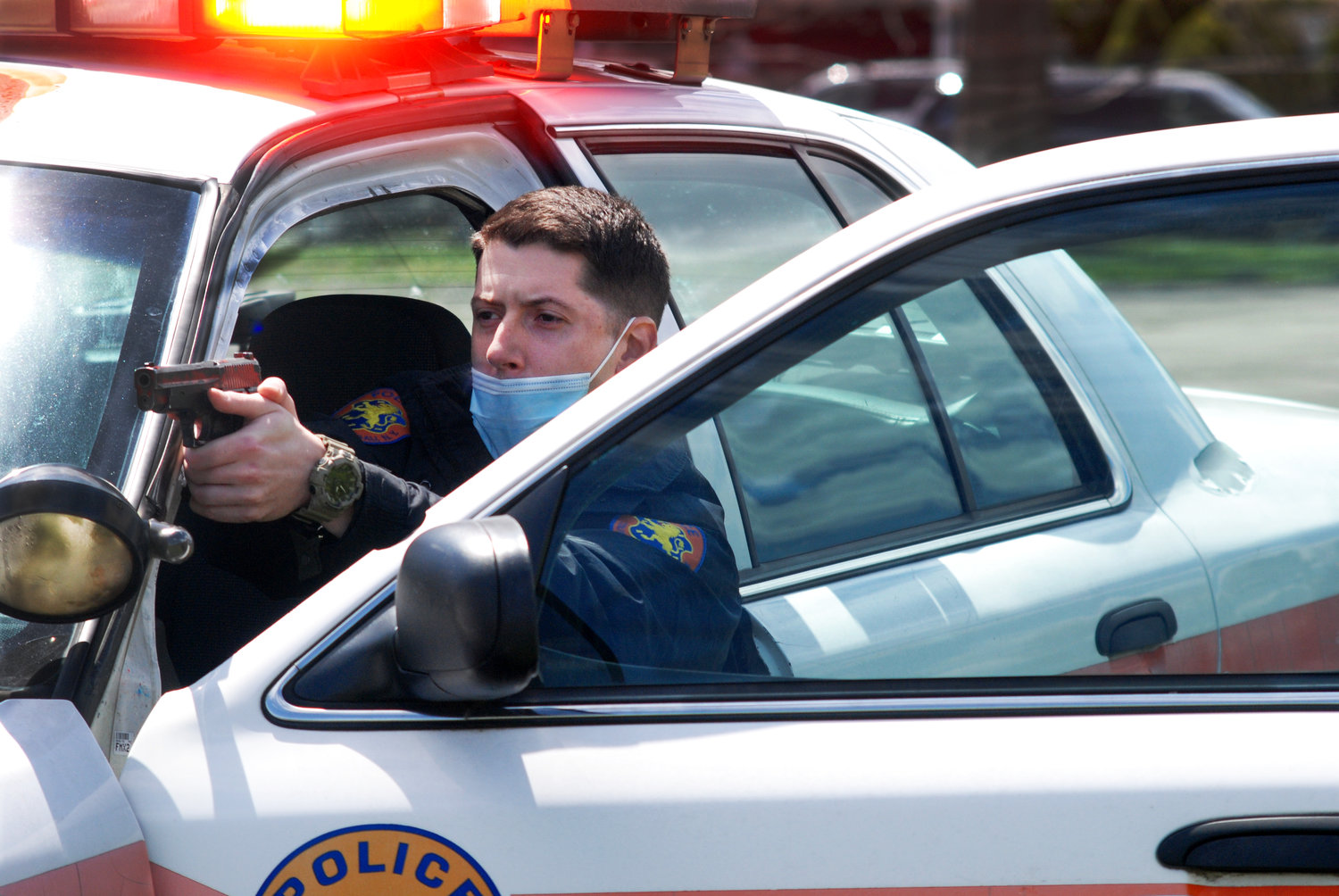 Officers practiced drawing their guns. The objective, police academy instructors said, is to avoid firing a weapon, to ensure that police, the public and the suspect all stay safe.
Scott Brinton/Herald 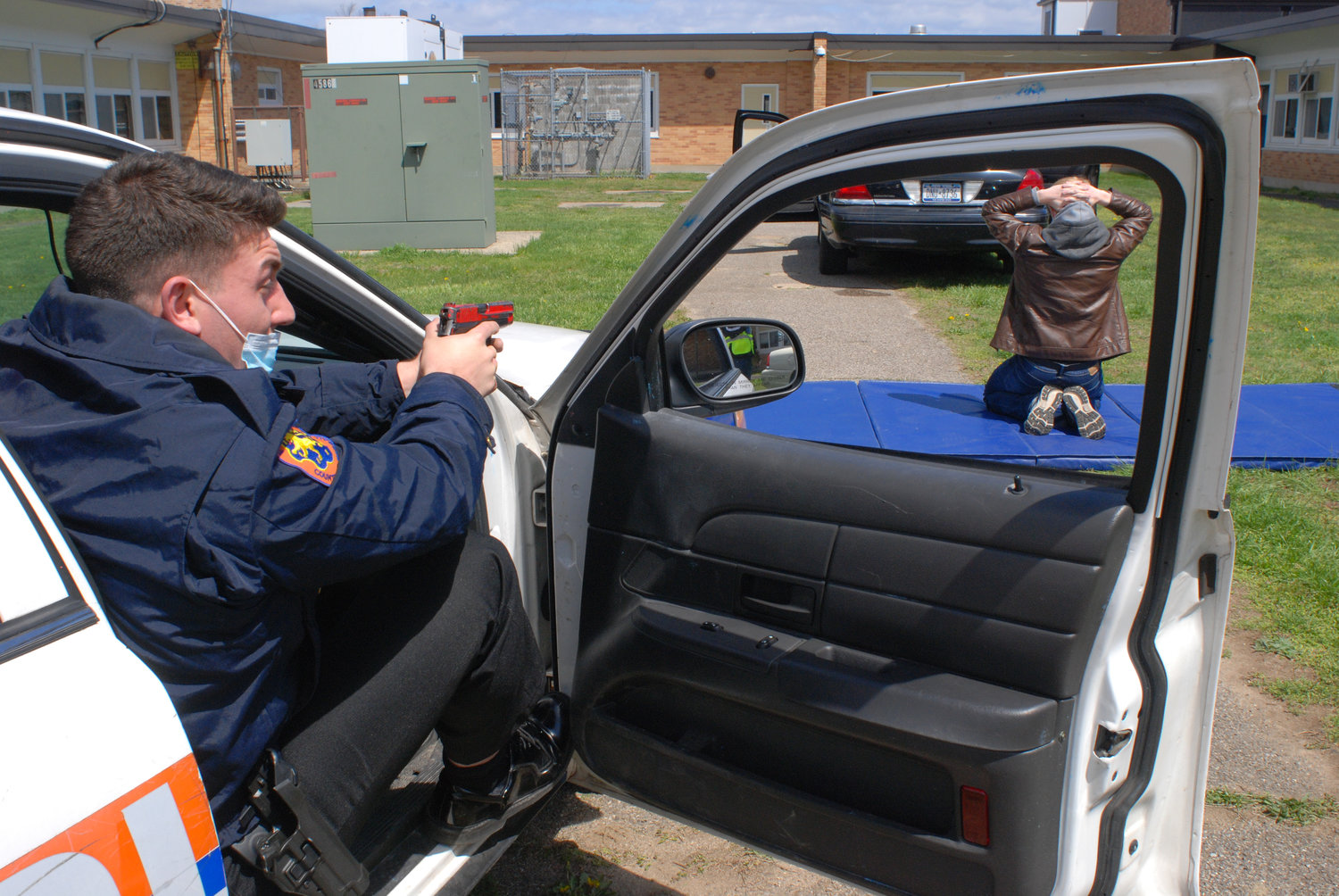 Officers must give suspects step-by-step instructions on how to proceed when exiting a vehicle during a felony car stop.
Scott Brinton/Herald 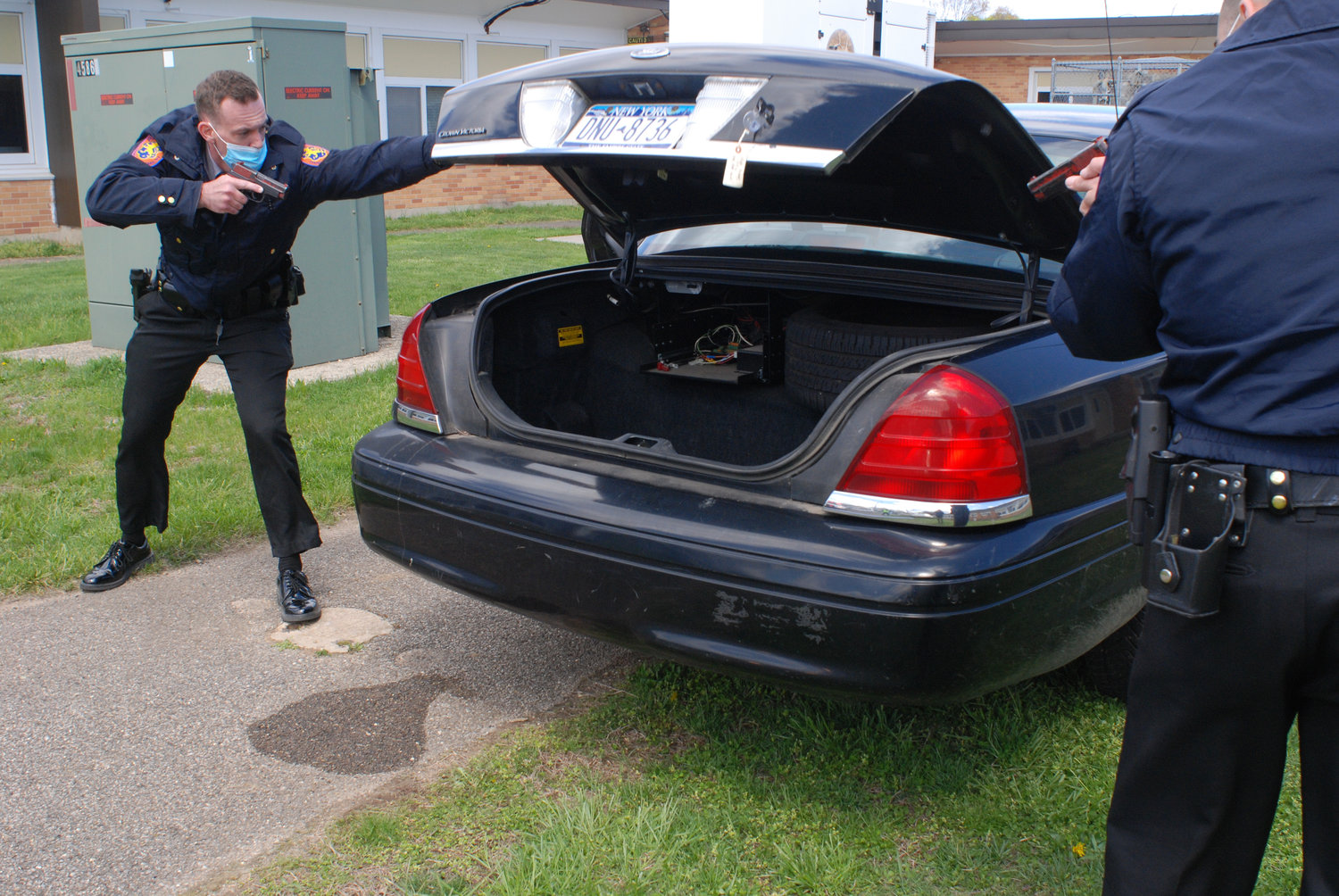 The tension of a felony car stop was palpable even during a mock exercise.
Scott Brinton/Herald 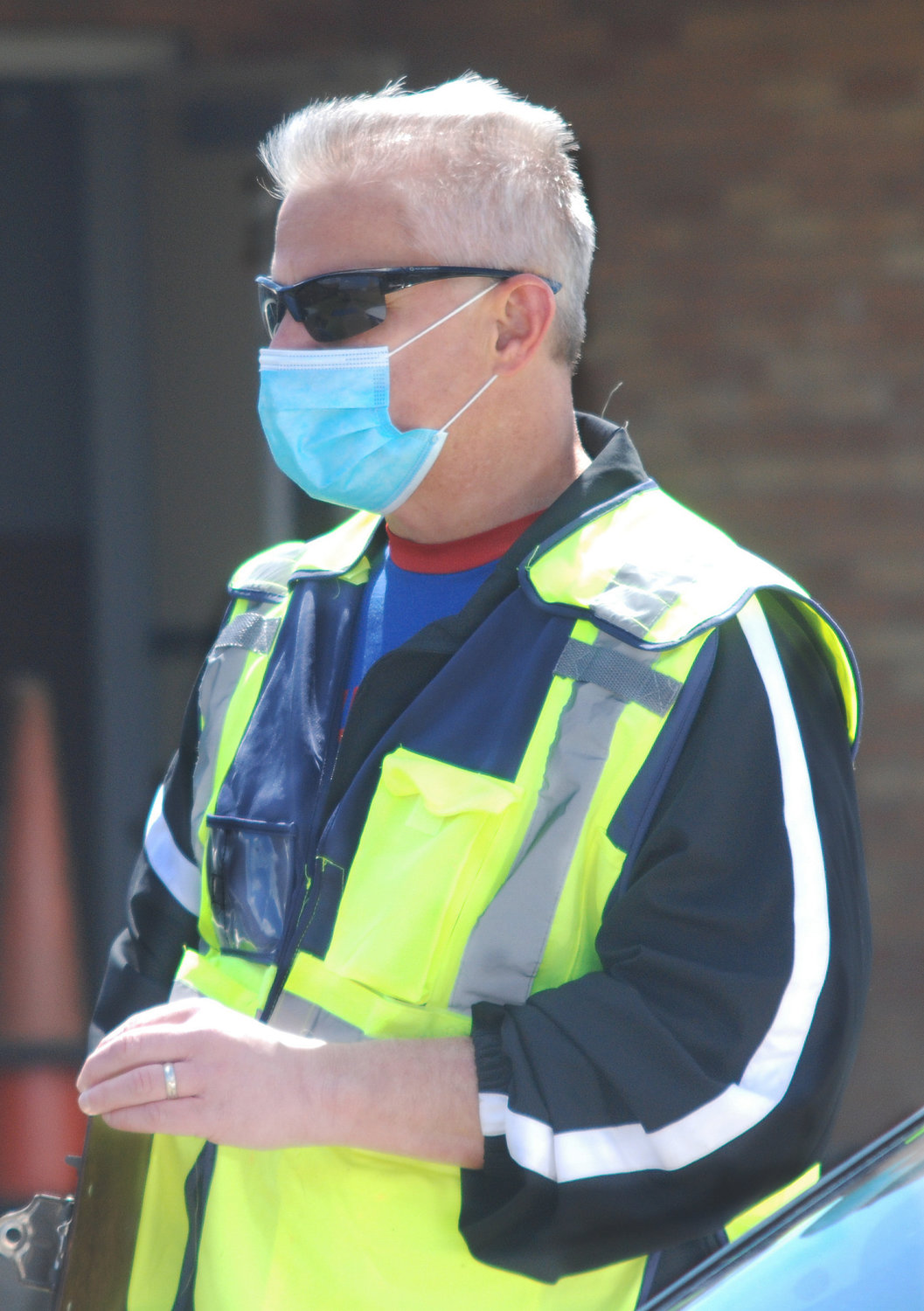 Officer Arthur Zanelli, above, ran recruits through their paces during the mock exercise.
Scott Brinton/Herald 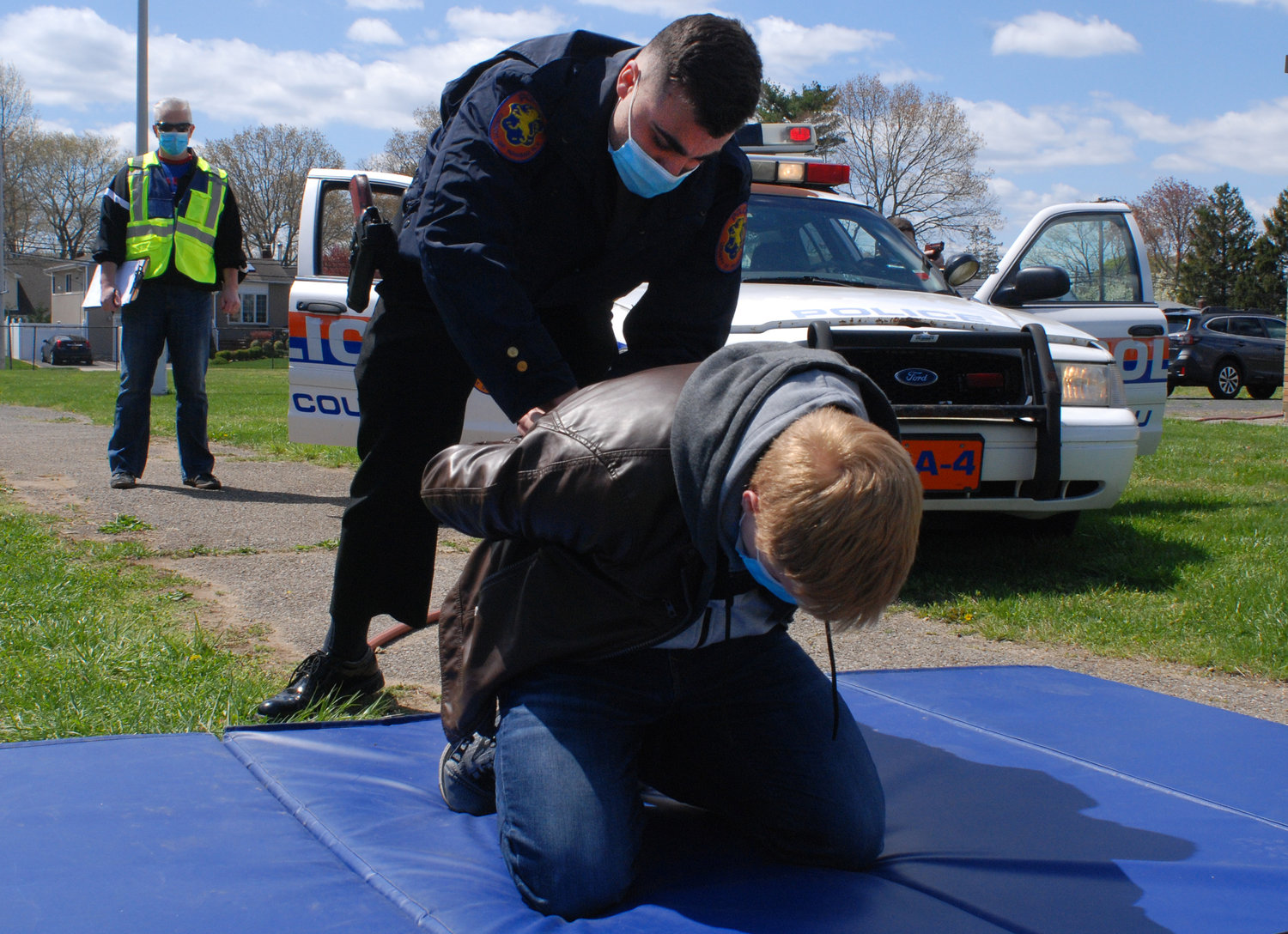 A recruit practiced placing handcuffs on a suspect, who was played by an actual police officer for this exercise.
Scott Brinton/Herald
Previous Next
By Scott Brinton

Part three in a photo series on the Nassau County Police Academy.

A Signal 15 comes in over the radio: A stolen vehicle used in a felony — perhaps a bank robbery, maybe a kidnapping — has been pulled over. Officers must quickly assess the situation: Is the vehicle occupant armed? Hostile? Ready to run?

With so many unknowns, officers are trained to follow step-by-step procedures to take the suspect into custody without a fight. The objective of this high-stakes, potentially deadly scenario is to “keep everyone safe,” Officer Arthur Zanelli, a Nassau County Police Academy instructor, said on a recent Thursday, just before academy recruits ran through a mock felony car stop. “You want [the suspect] to have his day in court.”

De-escalation, talking a suspect through the car stop with specific instructions that leave no room for error, is the key to everyone walking away unharmed, according to Zanelli.

The recruits practiced talking suspects through a stop, instructing them precisely how and when to leave their vehicle. There were four recruits in two police cruisers, whose objective was to bring in two suspects in a single vehicle, one of whom ran off, while the other stayed and was captured.

It was a mock exercise, but the nervous tension was palpable as officers approached the vehicle, their dummy guns drawn. Communication is key in this scenario, Zanelli said, and the recruits called out to one another throughout the exercise.

Once a suspect is handcuffed, then the detective work begins. Who is this person? Did he or she commit the felony in question? It might very well not be the bad guy, Zanelli noted. It could, for example, be a relative who had nothing to do with the crime in question, but that person must be treated as a suspect until proven otherwise.

The felony car stop, he noted, is among the most dangerous scenarios that a police officer might encounter in the field.