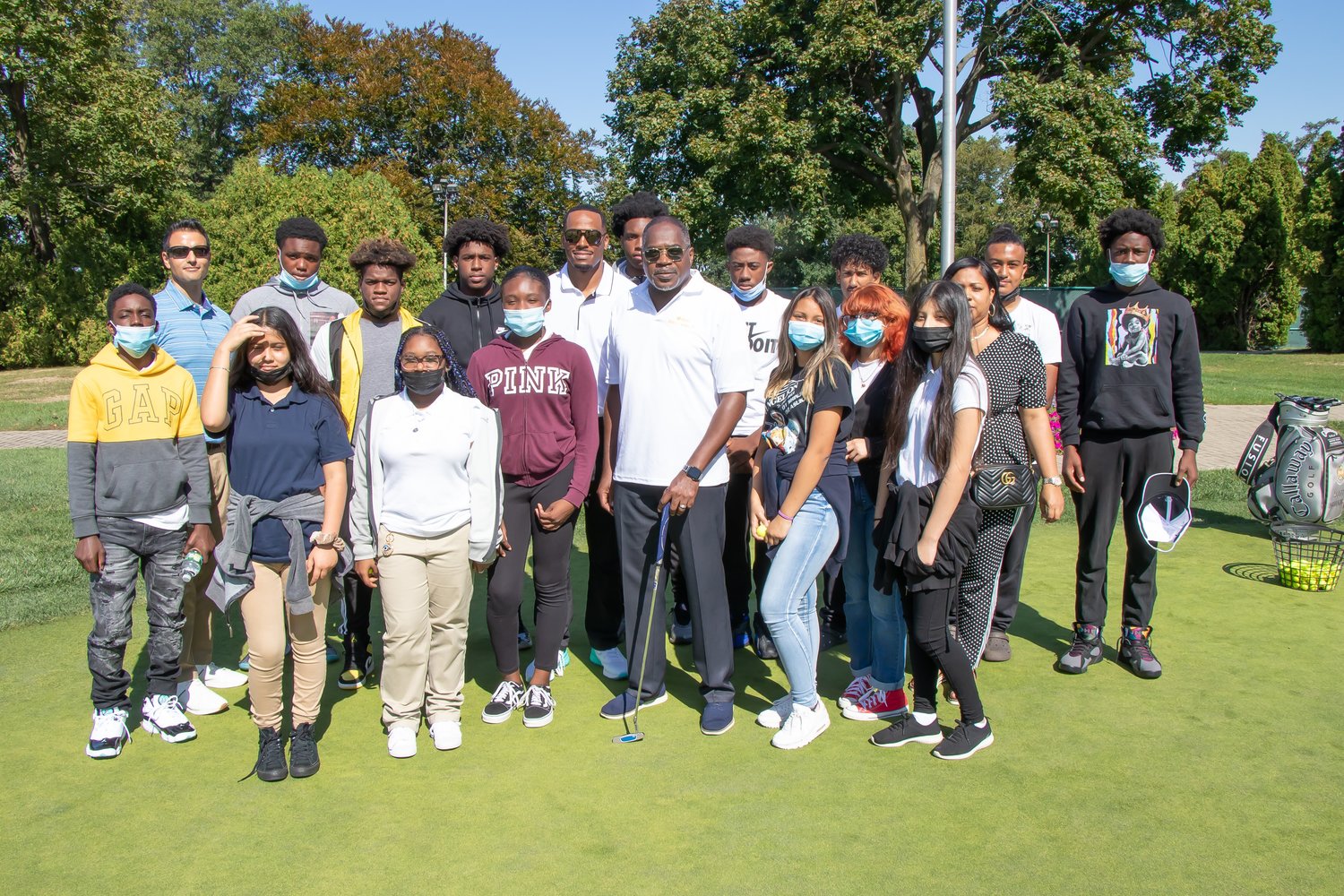 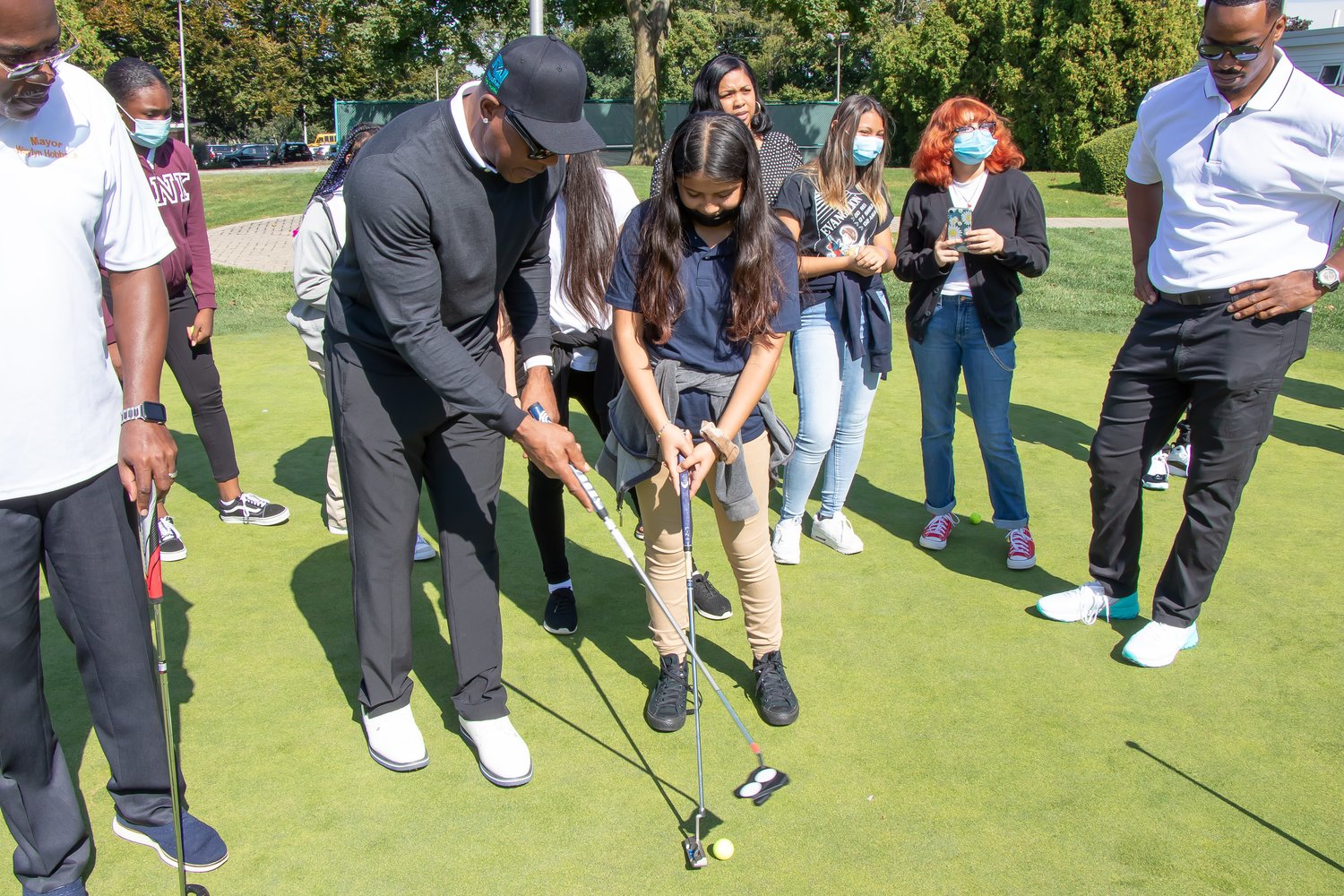 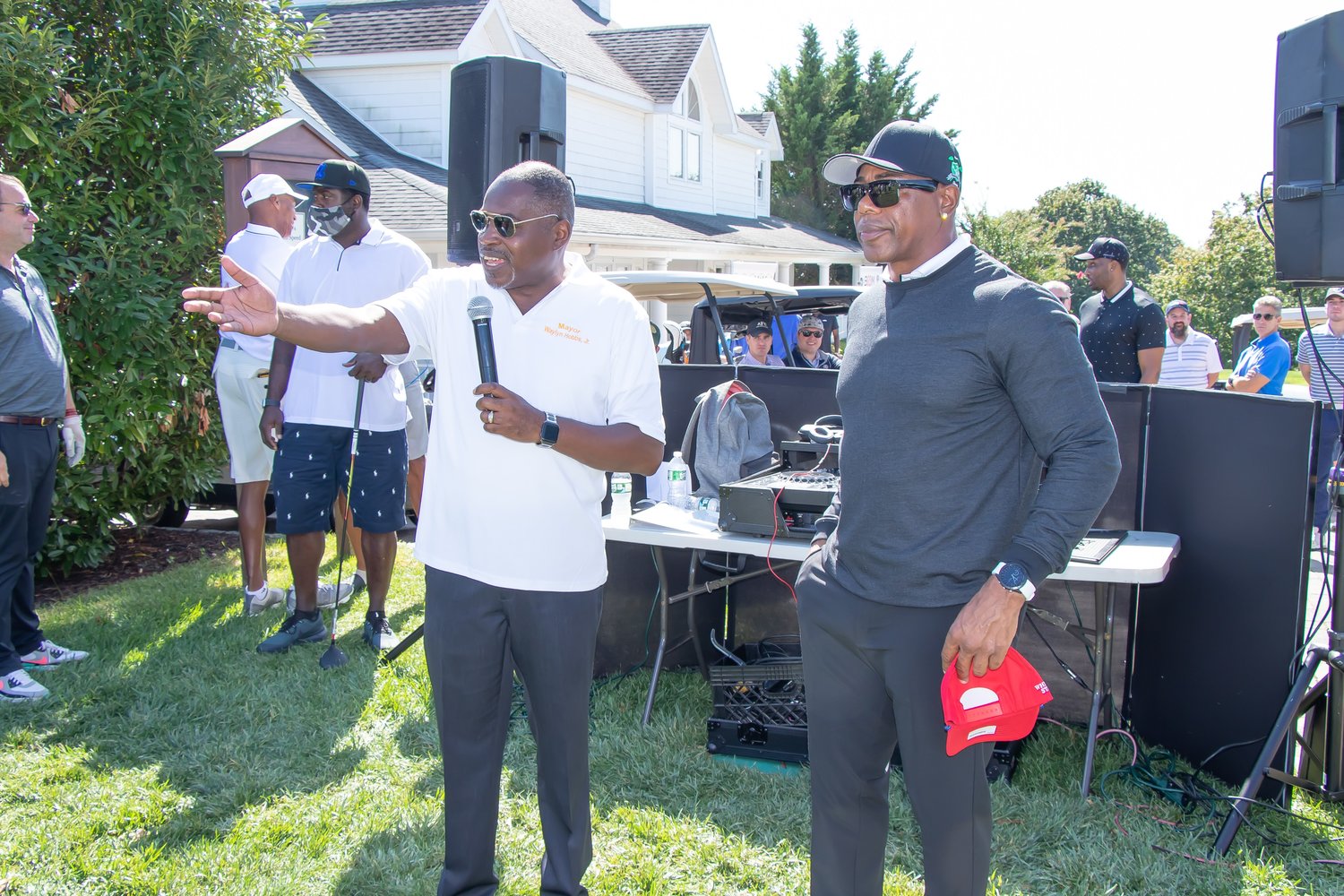 We want to inspire young kids to understand that their circumstances don’t always have to be their life.”
Victor Green, former New York Jets player and philanthropist
Students enjoyed a golf day

Victor Green had a stellar career playing for the New York Jets, the New England Patriots, and the New Orleans Saints, 1994-2006. He and his wife Esther have run the Victor Green Foundation since 1995, providing mentoring and scholarships for youth in Green’s hometown of Americus, Georgia, and also partnering widely with other charities to support youth development.

The students enjoyed a catered breakfast, lessons in putting, and a golf game with a roster of celebrities [see breakout box] whose payments for the game were donated to the foundation.

“This is my eighth year with the Victor Green Foundation Celebrity Golf Tournament,” said Green. “We want to inspire young kids to understand that their circumstances don’t always have to be their life. This year’s the biggest year so far. I had to turn people away because we didn’t have enough carts.”

Celebrity athletes like Jesse Tuggle of the Atlanta Falcons and Rob Carpenter, who played for the New York Jets and the Philadelphia Eagles, joined actor Dan Grimaldi, best known for The Sopranos, on the putting green. They coached the students in the art of convincing a tiny white ball to roll precisely into a small hole set in clipped green grass.

“We want to highlight children when they are doing well,” said Noah Burroughs, a former pro football player who now teaches at A.G.B. Schultz Middle School and coaches football at Hempstead High. “The kids of Hempstead have improved their grades tremendously.”

Hempstead teacher Sharese Hawkins said, “Golf teaches you patience, practice, and perseverance, so it all contributes to the curriculum we have introduced using social-emotional learning.”

“The Village of Hempstead is happy to partner with Victor Green and this golf outing,” said Mayor Hobbs, “because it goes to promoting education and children’s well-being. I’m excited to be a part of it.”

Dr. Easley said, “This particular foundation helps to promote the children of Hempstead in their educational endeavors, and also helps to highlight the greatness we have in the village.”

When Victor Green assembled everyone for a thank-you to participants, prior to the game, Mayor Hobbs also thanked the crowd, noting that Hempstead’s graduation rate had risen from 37% to over 80% in the last five years.

“Can we give our students a hand?” said Hobbs. “Because this is what it’s about -- our kids, our future.”