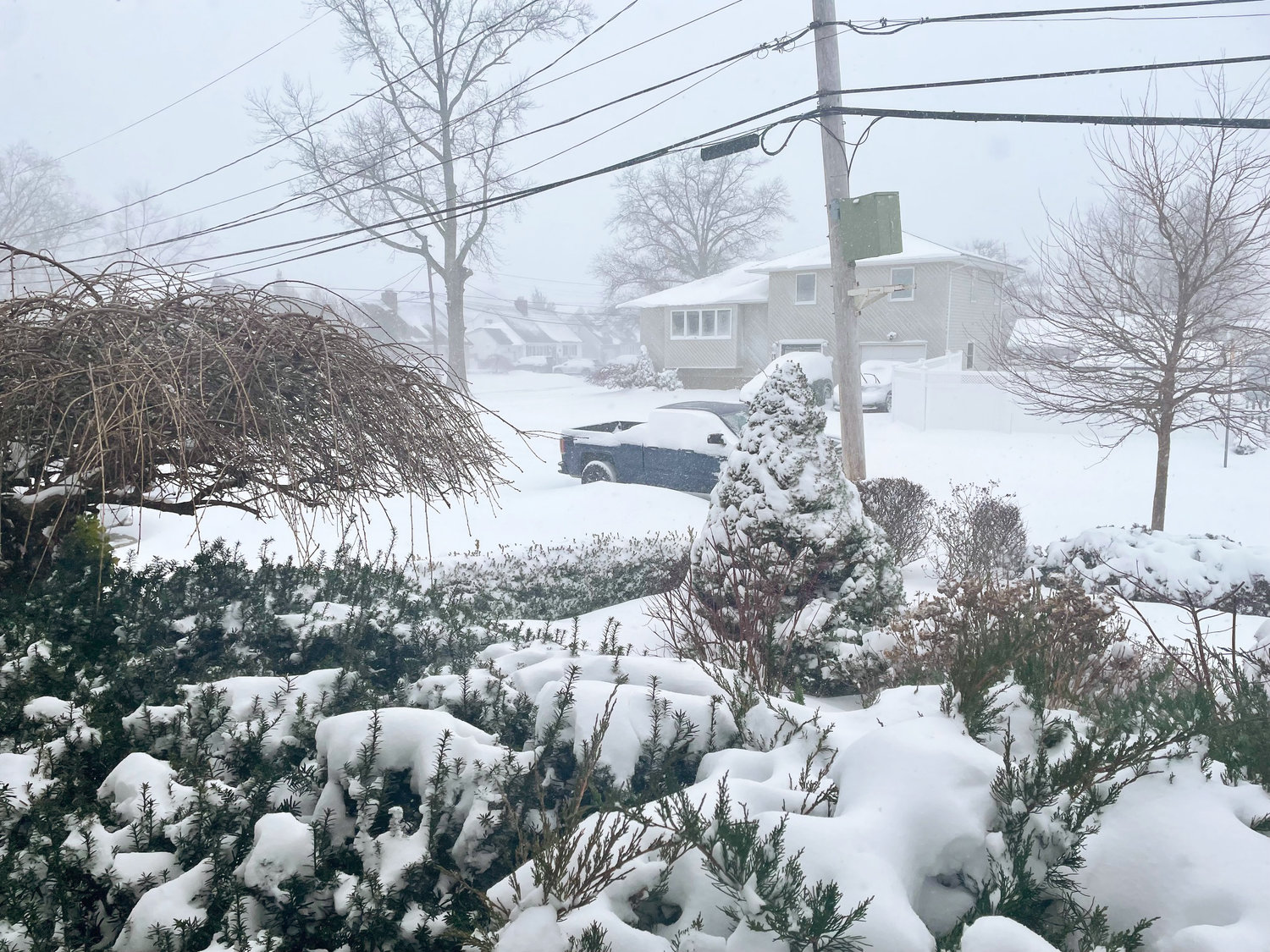 A view of south Merrick amid a nor'easter that slammed into Nassau County Friday night into Saturday.
Scott Brinton/Herald 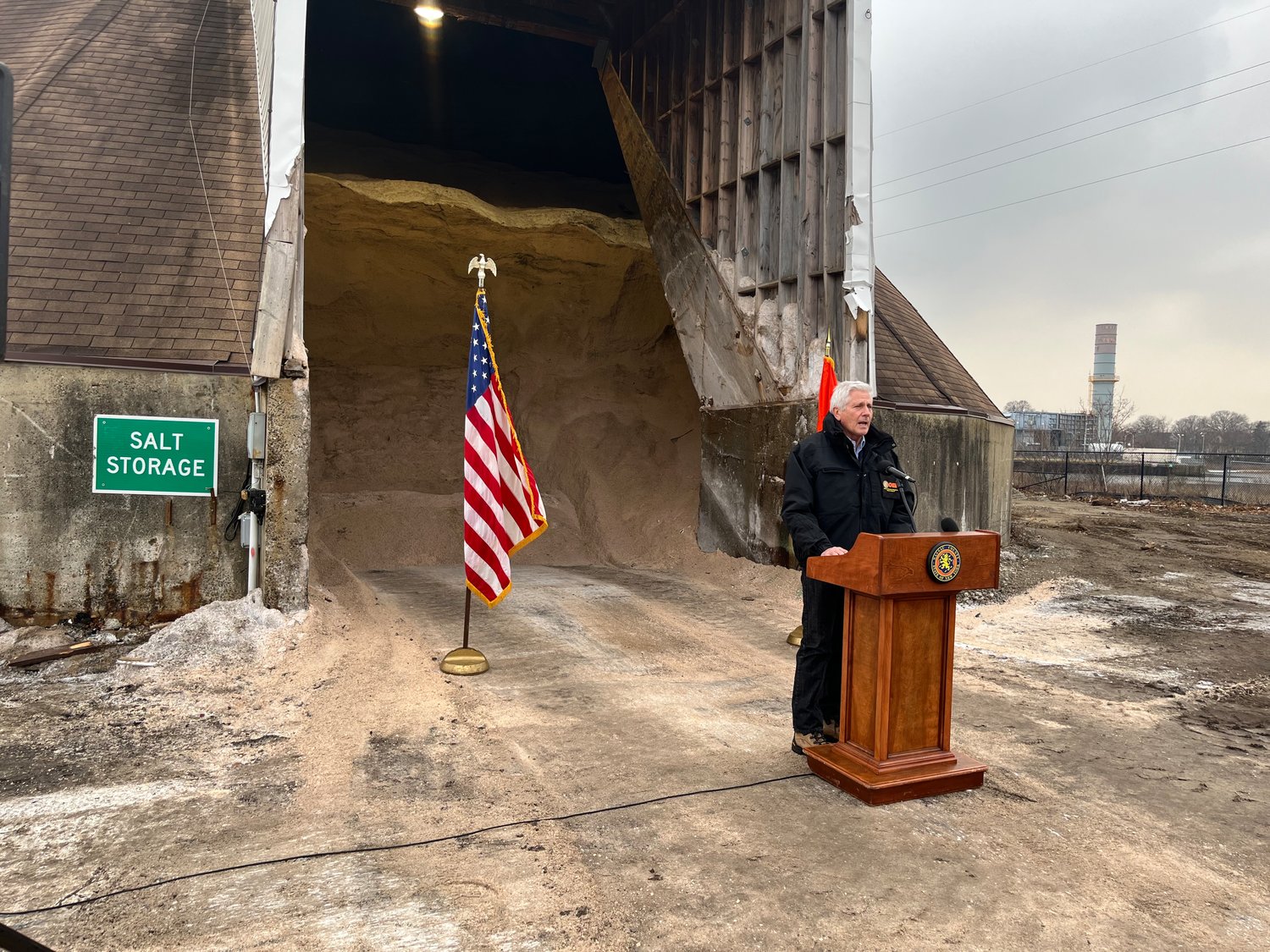 Nassau County Executive Bruce Blakeman was at the county's sand and salt yard in Inwood Friday afternoon to discuss plans to cope with the weekend's impending snowstorm.
Lisa Margaria/Herald 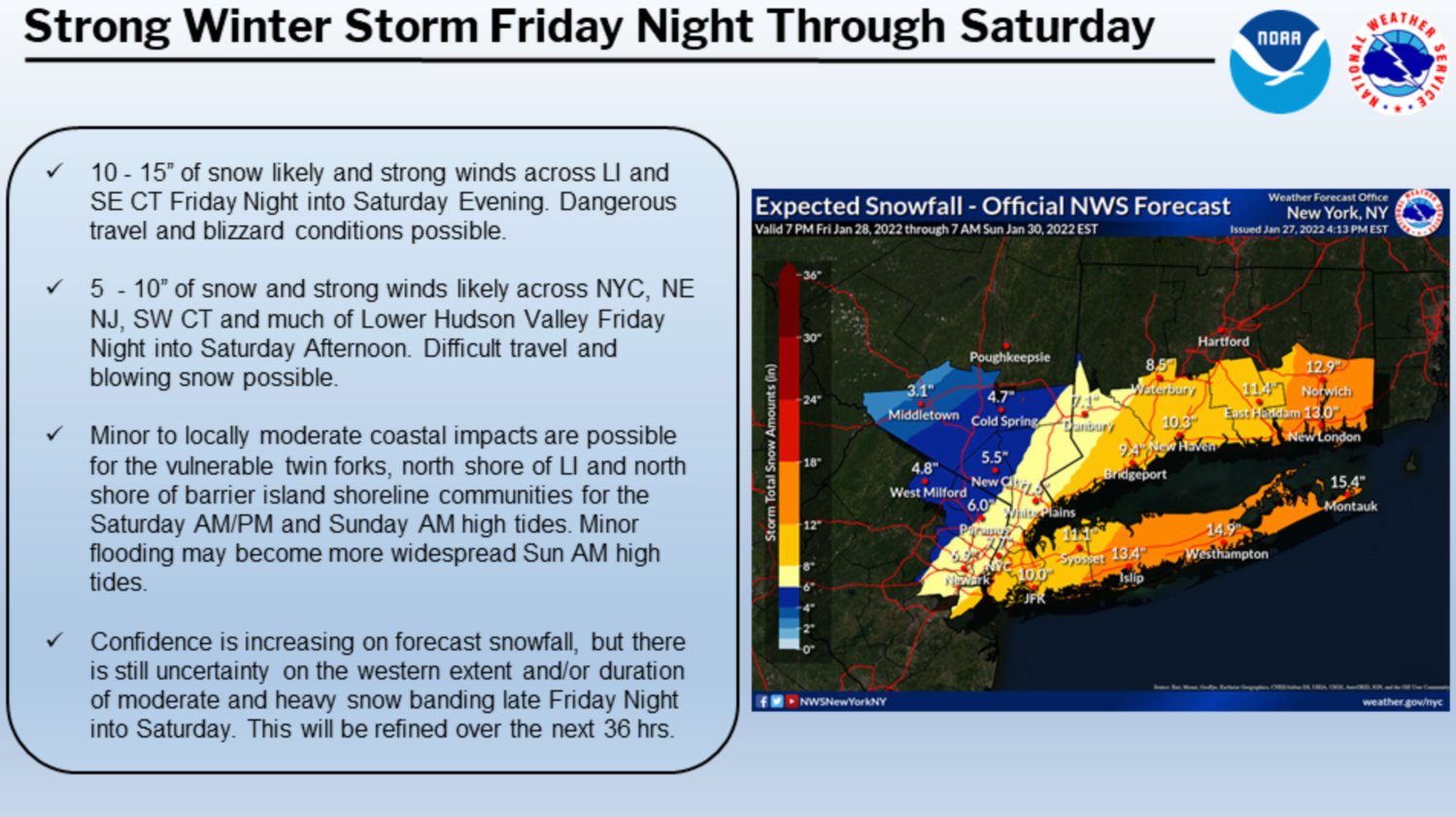 Previous Next
By Scott Brinton and By Lisa Margaria

In the waning days of January, a nor'easter blew across Long Island Friday night into Saturday, bringing with it more than a foot of snow in Nassau County as of 9 a.m., with additional accumulations expected throughout the day.

County and town officials described road conditions as "dangerous" and said motorists should stay home if they do not have to go out.

The Long Island Rail Road suspended service until further notice. The LIRR posted on its Twitter feed: "Safety first! We continue to operate patrol trains throughout the system to keep tracks and switches clear of snow and prepare for the resumption of service. Stay off the tracks at all times and do not go around lowered crossing gates, as a train may be approaching at any time."

PSEG-Long Island was reporting only scattered outages across the Island on its website. Electric system reliability was at nearly 100 percent, the utility said as of 9 a.m.

The temperature hovered around 20 degrees Fahrenehit in the early morning and was not expected to climb above the freezing mark throughout the day.

The temperature was predicted to dip overnight and remain in the 10- to 15-degree mark through Sunday.

At a news conference Friday, Nassau County Executive Bruce Blakeman urged county residents to stay inside their homes and off the roads.

"Our county is prepared for this event," Blakeman said. "We have 80 trucks that have been out already since this morning salting the roads, and they are out prepared to do more salting throughout the evening, and they will plow throughout the evening and tomorrow morning. We expect this to be a two-day event  — what I mean by that is the roads won't be clear probably until Sunday morning."

Blakeman also advised residents to keep pets indoors and, in case of power outages, not to leave candles unattended in order to avoid fire hazards.

Below was the National Weather Service forecast for the Island:

A 30 percent chance of snow, mainly before 7 p.m. Mostly cloudy, then gradually becoming mostly clear, with a low around 12. Wind chill values between -5 and 5. Blustery, with a northwest wind 20 to 24 mph, with gusts as high as 36 mph.

Mostly cloudy, with a low around 19.

Mostly sunny, with a high near 34.