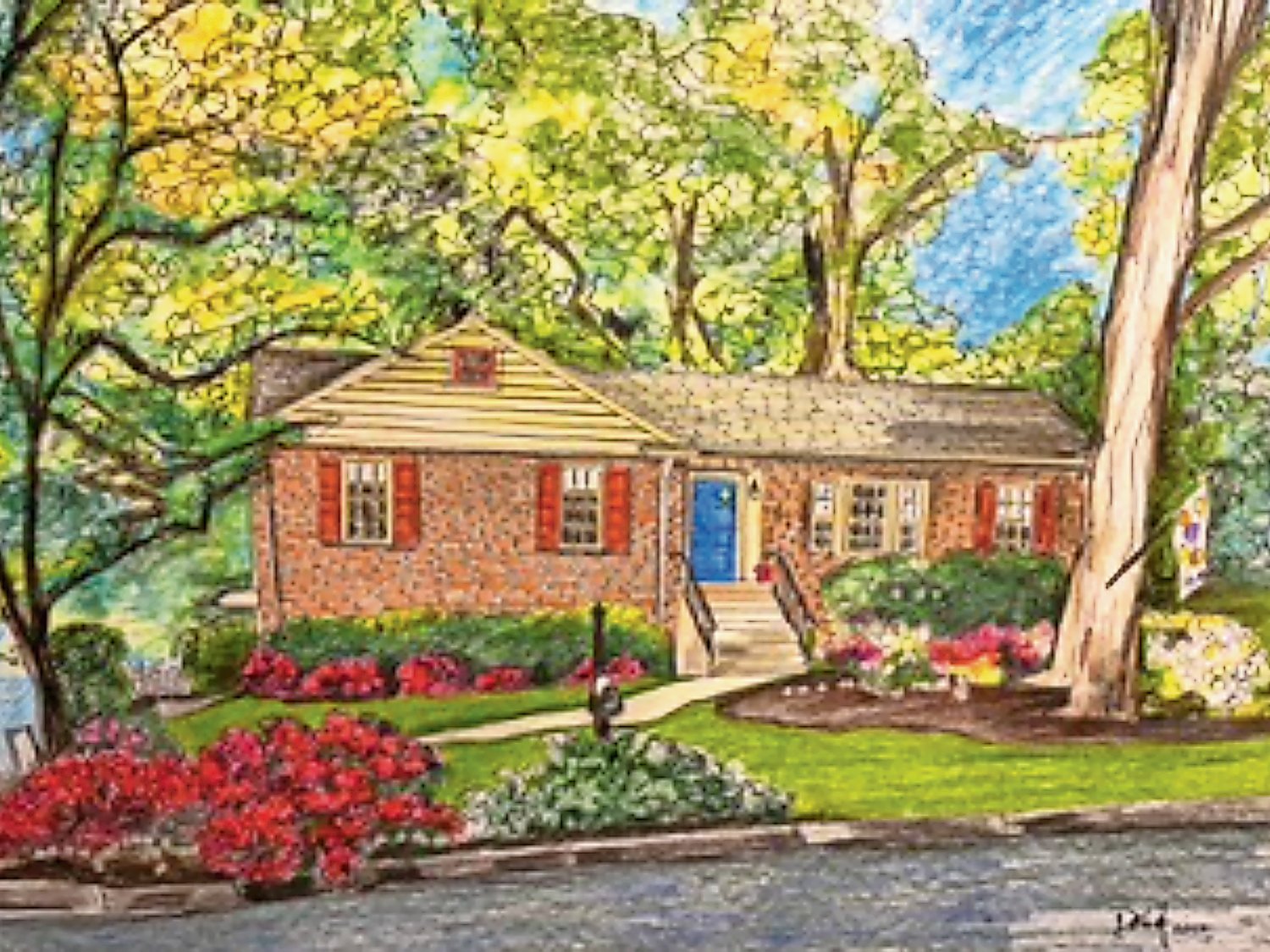 A psychic once told Michael Delia that in his past life, he was a 16th-century Italian artist. While he does not have over 400 years worth of work to show for it, Delia’s artistic career in this life has been no less interesting.

Delia, a local artist from Inwood, has been drawing since he was five years old. Living on Long Island helped inspire his career as an artist, as he was able to take the Long Island Rail Road into the city to visit art museums allowing him to gather inspiration for his own pieces and gain more of an interest in art at a young age.

The beauty of Long Island further inspired his artistic vision, especially the beautiful houses throughout the island.
At 13, he began selling his artwork and later in life was able to accomplish his dream of becoming a professional artist.

For over 40 years, he worked at more than 50 magazines, including Firehouse magazine and PTN Publishing, mainly as an illustrator for editorial stories. He also worked as an art teacher for some time.

When the recession hit in 2008, he lost his job at a magazine called Plastics Technology and decided to begin his own freelance art company called Designs by Delia. Throughout his career, he won multiple awards for his work, including the Art Directors Club Desi Award for design excellence and the American In-House Award for graphic design.

But Delia became seriously ill in 2015. He was forced to retire from his company. Instead of viewing the illness as a setback, he saw it as an opportunity to get back to doing what inspired him to become an artist in the first place — drawing.

Through his sickness, art was one of the only things that really felt he could control. Drawing allowed him to relax and take his mind off his troubles. He started selling colored pencil illustrations of pets, people, and houses to make a living and help get him through the difficult time in his life.

“When I was working, always in the back of my mind was the thought that when I retired I wanted to get back to drawing, which was my passion,” said Delia, “I wanted to go back to the basics — where it started — and what I really love to do. It really helped. It pulled me through.”

Delia continues to work in his favorite medium of colored pencils as the control of it helps him to bring out details in his work. These portraits are more than just sketches - they become preservations of memories for the buyer.

“A lot of people request for me to draw their pets once they’ve passed on or draw the house they grew up in as they’re moving out. I get sad about it, but it makes me feel good to know that I am giving these people a memory,” Delia remarked, “It gives them joy, and if they get joy out of it, so do I.”

His favorite work of art preserves one of his own memories — a portrait of his dog from college. Protected by a gold frame, this piece has hung in Delia’s house as a reminder of his cherished pet.
“I like to get lost in my artwork,” reflected Delia, “I put a lot of love and a lot of myself into each piece that I do. When you get my art, you’re getting something that is not only going to please you but has pleased me.”

When he is not working on his art, Delia enjoys playing with his 3-year-old grandson, walking his dog, and reading books.

To find out more about Delia, see more of his artwork, or to buy a customized piece, you can visit his website: ArtByDelia.net. You can contact him via email at artistmike56@gmail.com or via text at (516) 376-1409.