MMA fighter from East Rockaway wins bout for his grandfather 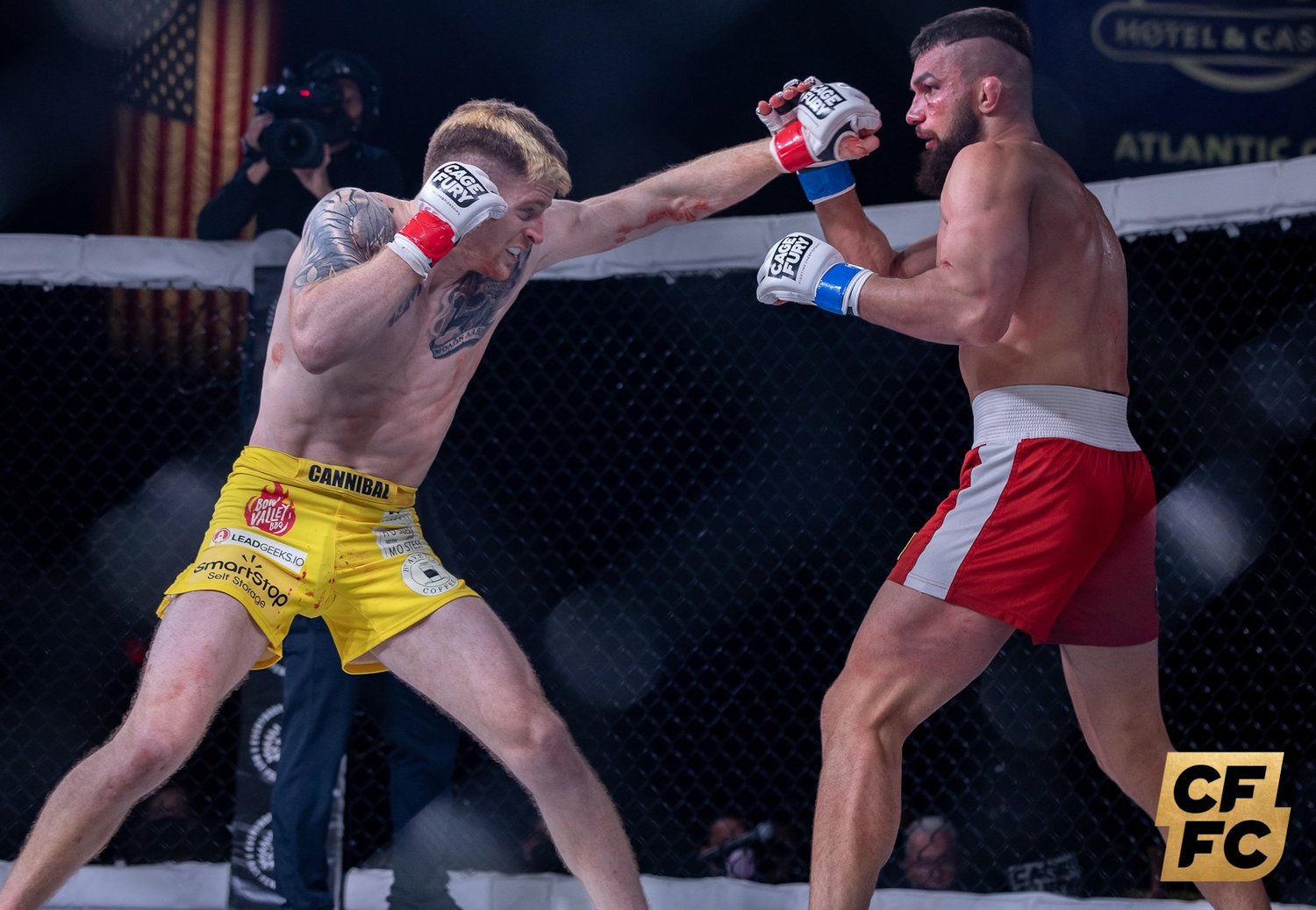 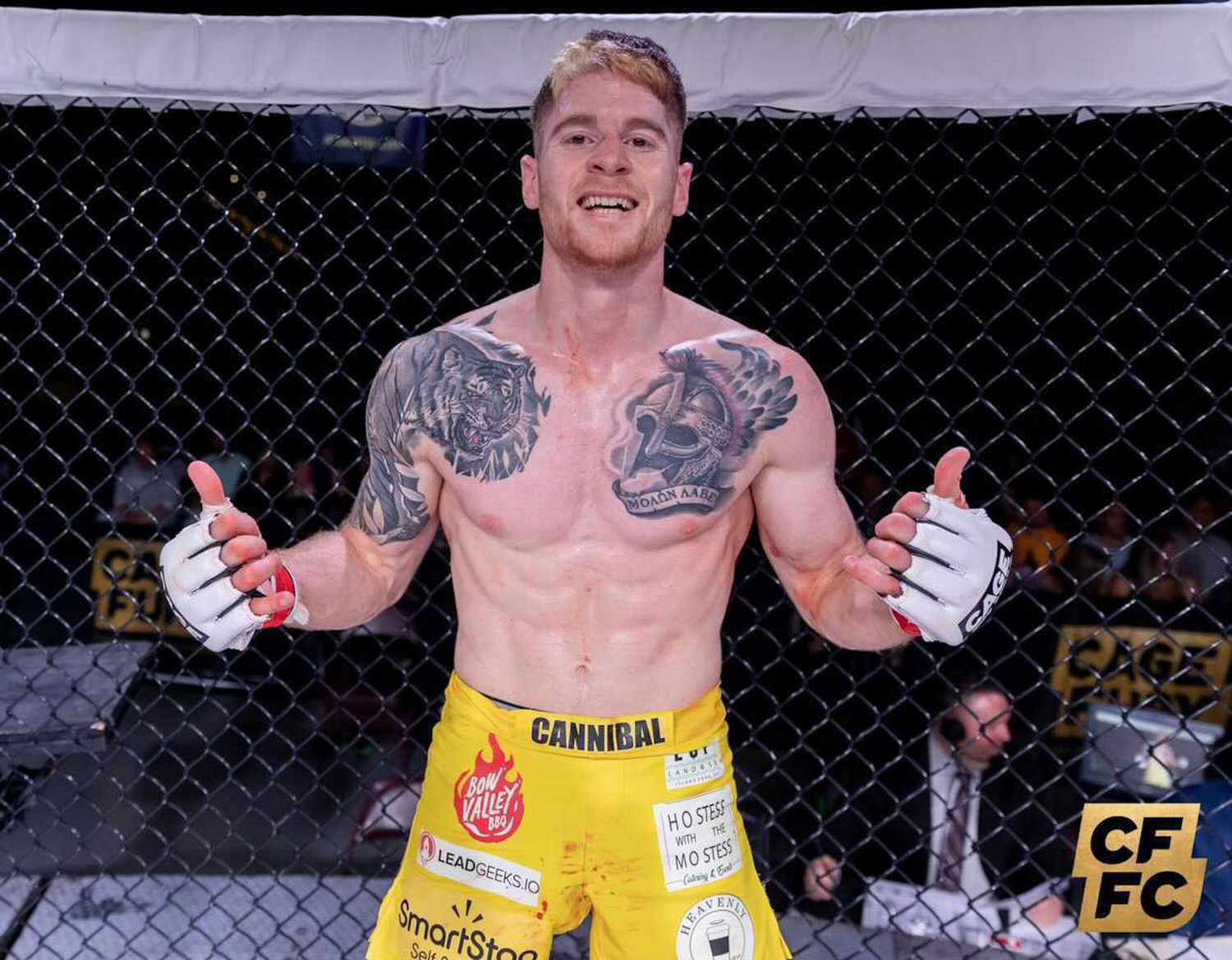 Campbell said he was especially proud to win because his grandfather, whom he is named after, was there to witness his fight for the first time.
Courtesy Manny Fernandes, Cage Fury media team 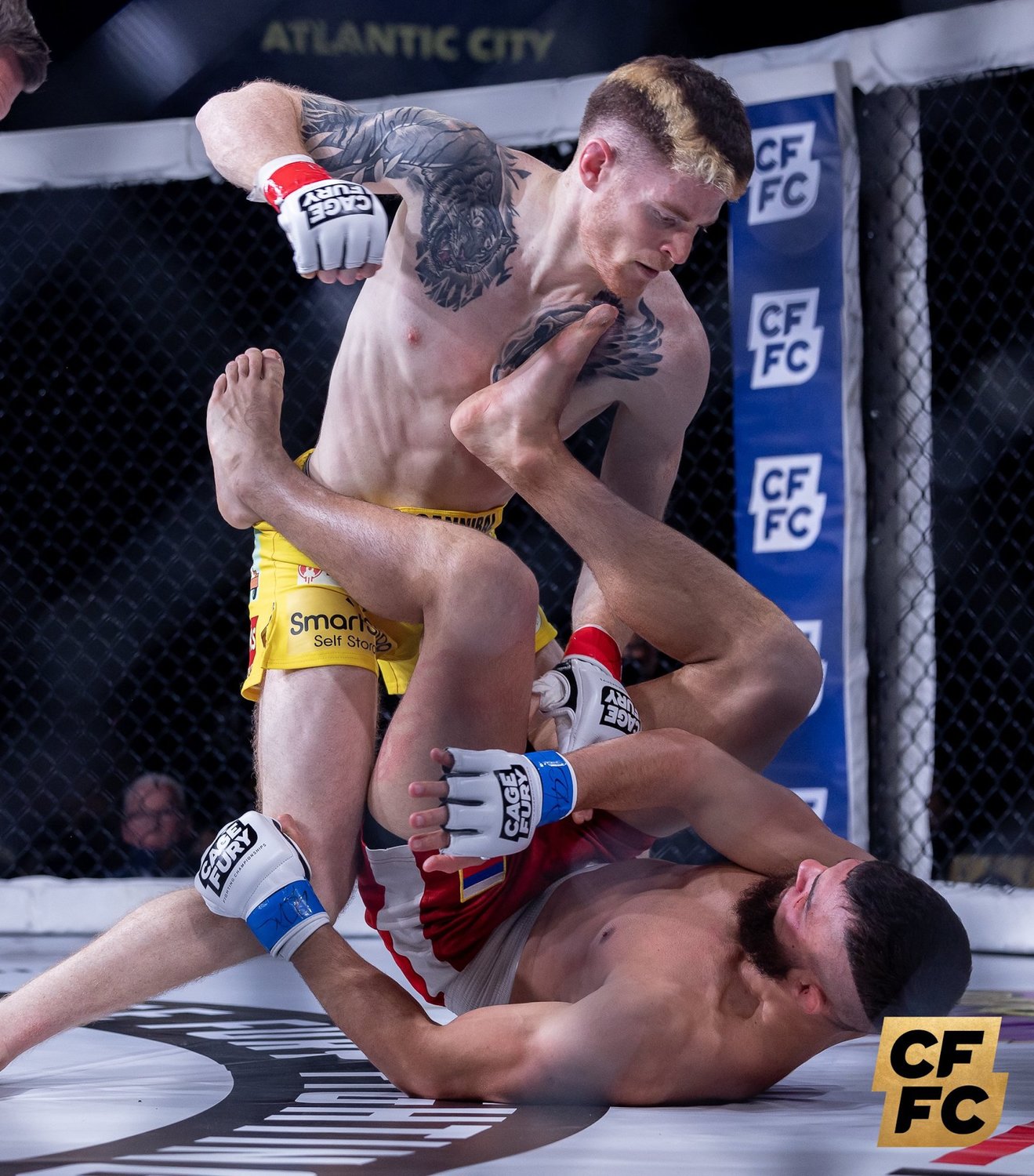 Campbell improved to 10-1 overall and 5-1 as a professional.
Courtesy Manny Fernandes, Cage Fury media team
Previous Next
By Mike Smollins

East Rockaway resident Charlie “The Cannibal” Campbell has won the majority of his fights in his professional career, but his victory on Dec. 17 in Atlantic City was even more special because it was the first time his grandfather was in attendance to see him compete.

“I think that a million dollars can’t buy that feeling,” Campbell said. “It’s only earned in situations like that where you feel an enormous amount of pressure. It pushes you to perform and try your absolute best, and the feeling of it paying off, I’ve had loved ones there in the past, but it was different having him there.”

Campbell said his grandfather, whom he is named after, never attended a fight before because of the brutality of the competition, but as Campbell’s career continued to soar and some buzz started to surround him, his grandfather, a Lynbrook resident, decided to check out his latest fight.

At the event on Dec. 17, Campbell took on a Russian opponent named Vadim Ogar at the Cage Fury Fighting Championships 104, which was broadcast on UFC Fight Pass. Ogar fought several matches in Russia and Japan and holds a black belt in Brazilian jiu-jitsu. Knowing that his opponent has won several matches by submission, Campbell, typically a striker, decided to adjust his training and offense to counter his opponent. It panned out as he was able to win via knockout a minute into the second round of the fight at the Hard Rock Hotel and Casino to win the lightweight bout, which he came into weighing 155 pounds.

The victory was especially sweet, Campbell said, because his grandfather was there to see it.

“On fight day, I’m warming up about an hour before the fight and it was something I kept thinking about,” he said. “It played in my head like, ‘Hey I want to win in front of my grandfather, who I’m named after.’ It was great to see him having fun because after the fight, he was having a great time and I was proud that I can get it done.”

The elder Campbell is a barber in Lynbrook and is a war veteran from the Island of Cyprus. He was part of a contingent of 200 to 300 of his grandson’s family members and friends who came to cheer him on.

Campbell said he has gotten better with each fight and has been able to control his emotions in the cage. With the win, he improved to 10-1 overall and 5-1 as a professional, including a four-fight win streak. While he is unsure when his next fight will come, Campbell said, he is eying April for another bout.

To prepare for an unusual opponent, Campbell put plenty of work in with trainer Jason Rau, a top-ranked black belt in the world in competitive jiu-jitsu, who trains at Matt Sera’s Academy in Huntington. He also worked with trainer Charlie Foster on his conditioning to enter the bout in tip-top shape.

While the win was great, Campbell said, nothing will match the feeling of seeing his grandfather’s reaction to his victory.

“He came and found me in the back,” Campbell recalled, “and he was jumping up and down like a 5 year old in excitement.”

To keep up with Campbell or follow his career, visit CharlieTheCannibal.com.