Sloth business under scrutiny once again 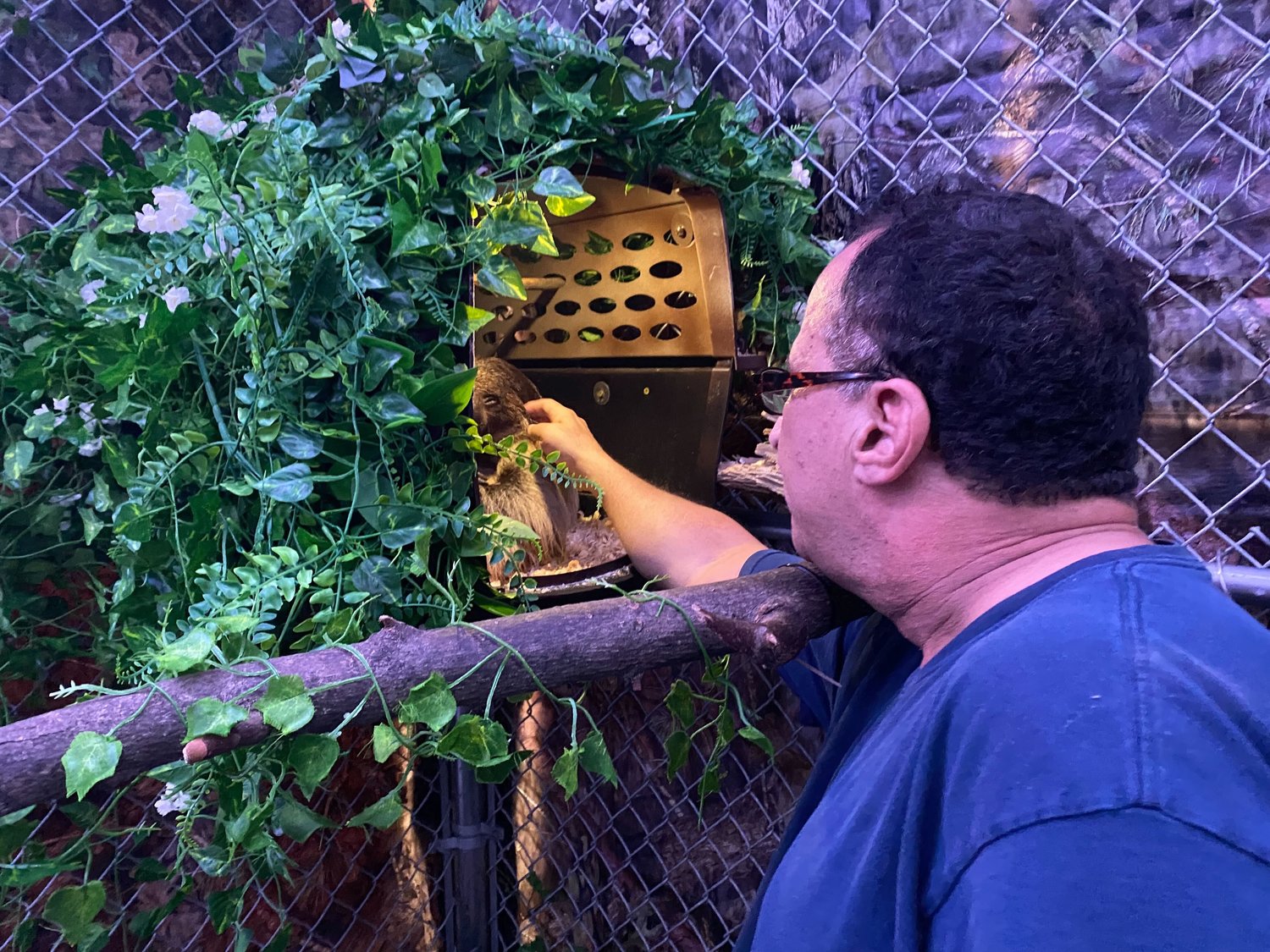 Larry Wallach of Sloth Encounters gives a tour of his facility, which he said is now up to code.
Andre Silva/Herald 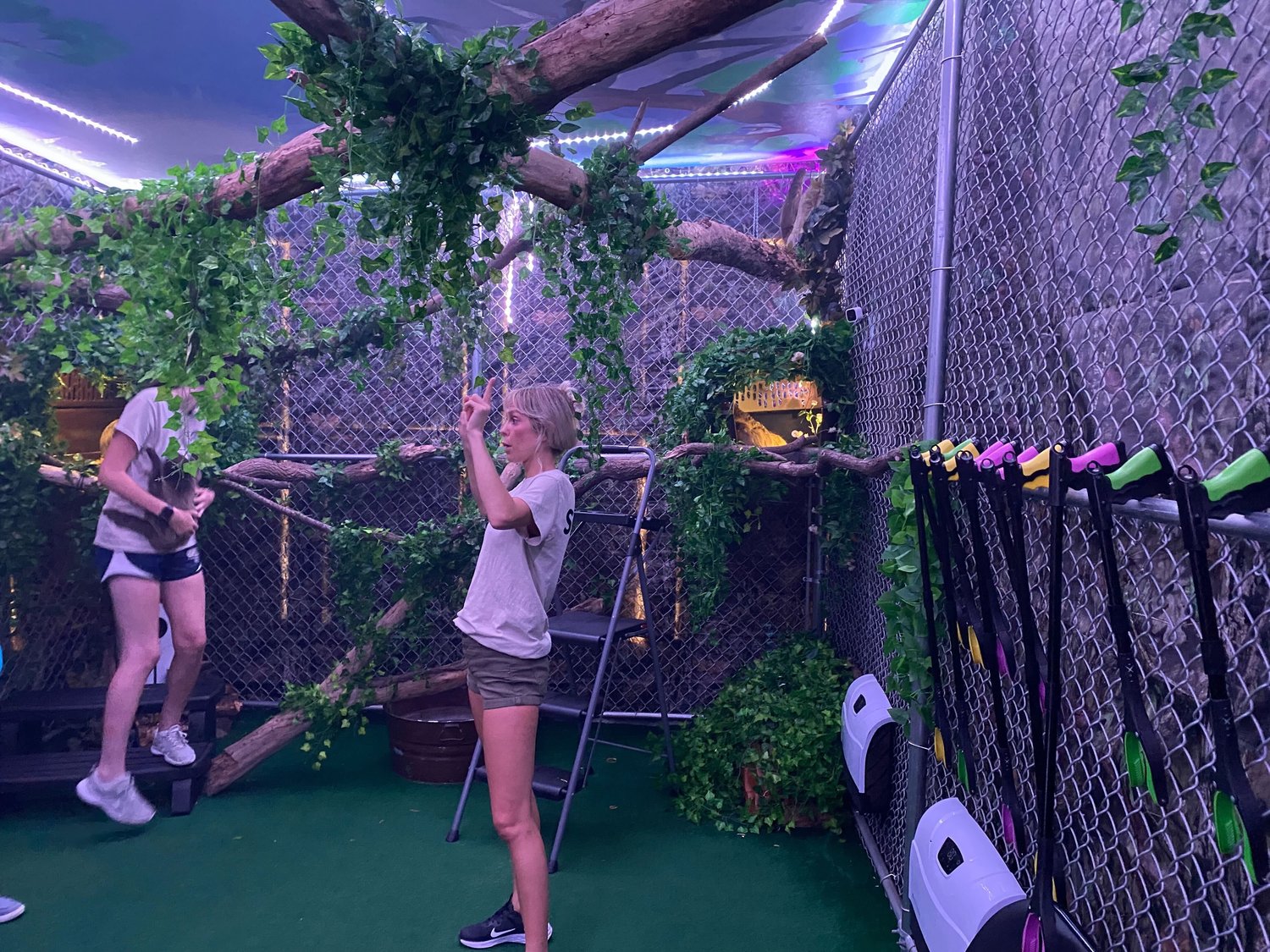 Employees of Sloth Encounters in Islip give a demonstration to local patrons.
Andre Silva/Herald
Previous Next
By Andre Silva

Larry Wallach doesn’t understand why some people don’t like what he describes as his wildlife and educational business.

“The animals are happy,” Wallach said. “They’re healthy. Everyone here is happy. Just ask around. I don’t get what the problem is here.”

The East Rockaway resident opened a petting zoo he called Sloth Encounters in Suffolk County’s Town of Islip, where he houses and offers his pet sloths — the notoriously slow-moving, long-clawed mammals indigenous to the rainforests of Central and South America.

Since opening his doors earlier this year, Wallach has faced severe public backlash from wildlife and animal activists, concerned neighbors, and now Islip town officials. And it’s not his first time facing controversy over such exotic animals. He was cited by the U.S. Department of Agriculture last year for keeping a sloth and a wallaby — a kangaroo-like animal native to Australia and New Guinea — in unsafe conditions in his East Rockaway home.

Months before that, Wallach was targeted by both the USDA and the People for the Ethical Treatment of Animals over videos he posted on Facebook reportedly showing him using an electric prod to scare a juvenile tiger named Sheba. The USDA cited Wallach for violations of the federal Animal Welfare Act, claiming he kept Sheba in a rundown enclosure, and handled him in a dangerous and inhumane manner.

Wallach, at the time, claimed he used the prod as a training tool to calm animals, not to shock them. He told the Herald last year he has trained up to 50 tigers, and owned dozens of wild animals of various kinds over the years.

But now Wallach is up against Islip town officials who issued four court appearance tickets last month for his failure to comply with the town’s ban on wild animal possession, occupying a building without approval from a fire marshal, and other violations.

Sloth Encounters is a small, two-roomed facility sitting across from the local Carvel ice cream shop. It looks like just about any other small business, until one considers it’s a location that houses live sloths.

The facility hosts families and individuals to hold and take pictures with the animals while its employees deliver basic sloth facts to customers. The sloths — five adults and two babies — live in a small rectangular room, decorated with fake plants and vines. The room is dimmed and kept at high humidity, with a fog machine constantly streaming vapor to add the illusion of mist.

“The Town of Islip is treating Sloth Encounters as it would any other business operating in the Town. This business is currently operating illegally and the business owner and the landlord have been issued a total of six appearance tickets for September 14. We will explore any and all legal remedies available to us to ensure that no business operates illegally in our town,” Islip Town Supervisor Angie Carpenter said in an email.

But Islip town officials aren’t the only ones who have a problem with Wallach’s business. John Di Leonardo calls Sloth Encounters a cruel and illegal business that imprisons sensitive, solitary and nocturnal sloths in cages, subjecting them to daily harassment by strangers during the daylight hours.

Humane Long Island — the group Di Leonardo is president and executive director of — is urging the Town of Islip to remove Sloth Encounters, and work with various agencies to find reputable sanctuaries for the sloths. Di Leonardo held a peaceful protest outside of Islip Town Hall last month, claiming Wallach has a history of running afoul of the law.

Wallach is staying silent no more, however. He started his own petition seeking community support for his business, and says he, too, has more than 1,000 signatures. Wallach doesn’t understand the vitriol Sloth Encounters is receiving, and claims his animals live longer and happier than any other facility he’s ever been to.

“We would love for them to be in the wild, but human poachers and wires are destroying their habitats,” Wallach said. “They’re going extinct in the wild. Here they are happy, live longer, and can be used for education.”

Robert Falcones visits Sloth Encounters with his kids. It’s a great experience for them, and he found nothing wrong with the facility.

Julia Haussman, however, says she visited Sloth Encounters when it first opened, and was horrified when Wallach placed a baby sloth in a sling around her neck. The wildlife rehabilitator believes the constant interaction and habitat the sloths live in are detrimental to their health and safety.

For all the wildlife sanctuaries she’s visited that houses sloths, the public was never allowed to touch or even be within 20 feet. That human interaction, she added, can shorten their lives.

“I think the general public isn’t aware,” Haussman said. “They think, ‘Oh great, I can hold a sloth, and they probably love it because they don’t know better. This is what Wallach preys on.”

For now, Wallach is waiting for his applications to be approved. If not, he expects to see town officials in court.