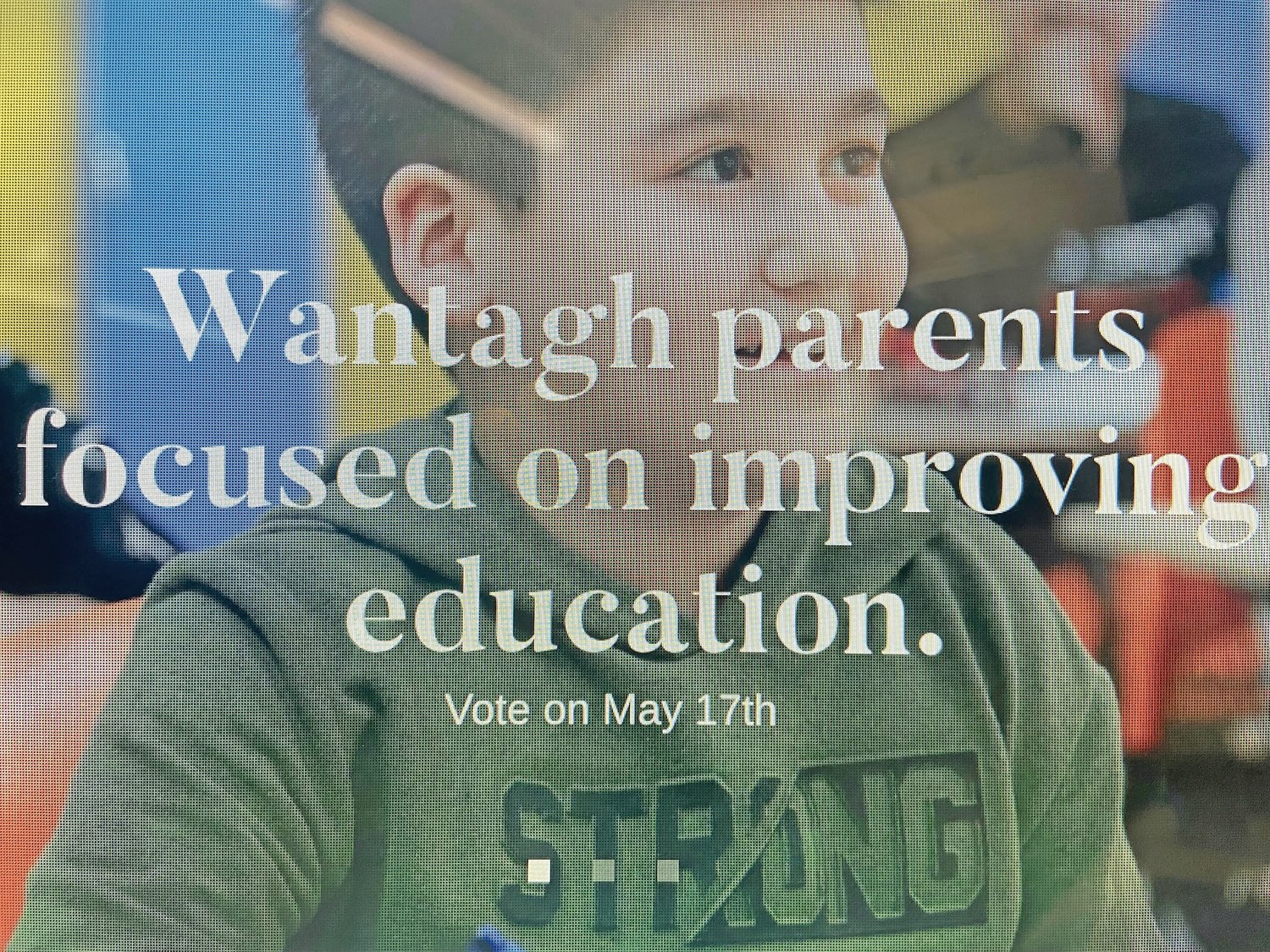 Besides grass, something else is sprouting on lawns all across Wantagh — blue signs urging parents to “Vote Wantagh Strong.”

The signs are part of an ambitious effort by a new organization, Wantagh Parents for Educational Excellence, whose aim is to inform parents and residents about the workings of the school district through a website, which launched April 11.

The website features blog posts from five or six volunteer parents, a calendar of upcoming school events and a countdown clock for the school board election on May 17.

Christopher Meinck, 55, a Wantagh resident since 2008, is the managing editor and creator of the site. Meinck, who has two children in the district, said he had noticed that conversations on the school board election had been going on in private Facebook chats. He wanted to give the possibly missed information to the public.

“Parents are busy,” Meinck said. “We are trying to bring every resource they need to one place. We have info on how and when to vote, important dates and some feel-good stories too.”

The site, which has nearly 8,000 views to date, in part due to sharing on social media, has received “overwhelmingly positive” feedback from readers wanting to learn more about their local schools, Meinck said.

“The website was created by a collective of Wantagh parents who say they have grown increasingly tired of being misrepresented by a small group of narrowly focused individuals who have been using school board meetings to sow division and spread misinformation,” Meinck said.

Matthew Mchale, 41, who also has two children in the district, is a contributor to the site. He said he did not know Meinck beforehand but got to know him well through this “Wantagh Strong” effort. He said that in last year’s school budget, athletics, in particular, took a bit hit.

“Athletics are important,” Mchale said. “We had an issue with last year’s budget where teams had to be combined. My son was on the seventh and eighth-grade baseball team and it wasn’t fair to everyone.” Mchale added that in this year’s proposed budget, the teams are expected to be separate again.

Candidates running for the board were sent an email with a list of questions regarding their stance on a number of key issues. The answers, which have not been shared, are to be published on the site on May 12, five days before the election.

The site has not openly endorsed any of the candidates, but Meinck said it is “quite possible that there will be some candidates we openly support.”

Wantagh Parents for Educational Excellence also spotlights the “great teachers” that help the children learn. The story series, titled “Love Letters,” has parents share their personal comments and stories about the local teachers. The stories are shared often on the group’s Facebook page, with a hope of starting a Twitter account to reach more community members.

“We want people to learn and invest in what is going on in our schools,” Mchale said. “We love them.”