Graduates accepted into high schools of their choice 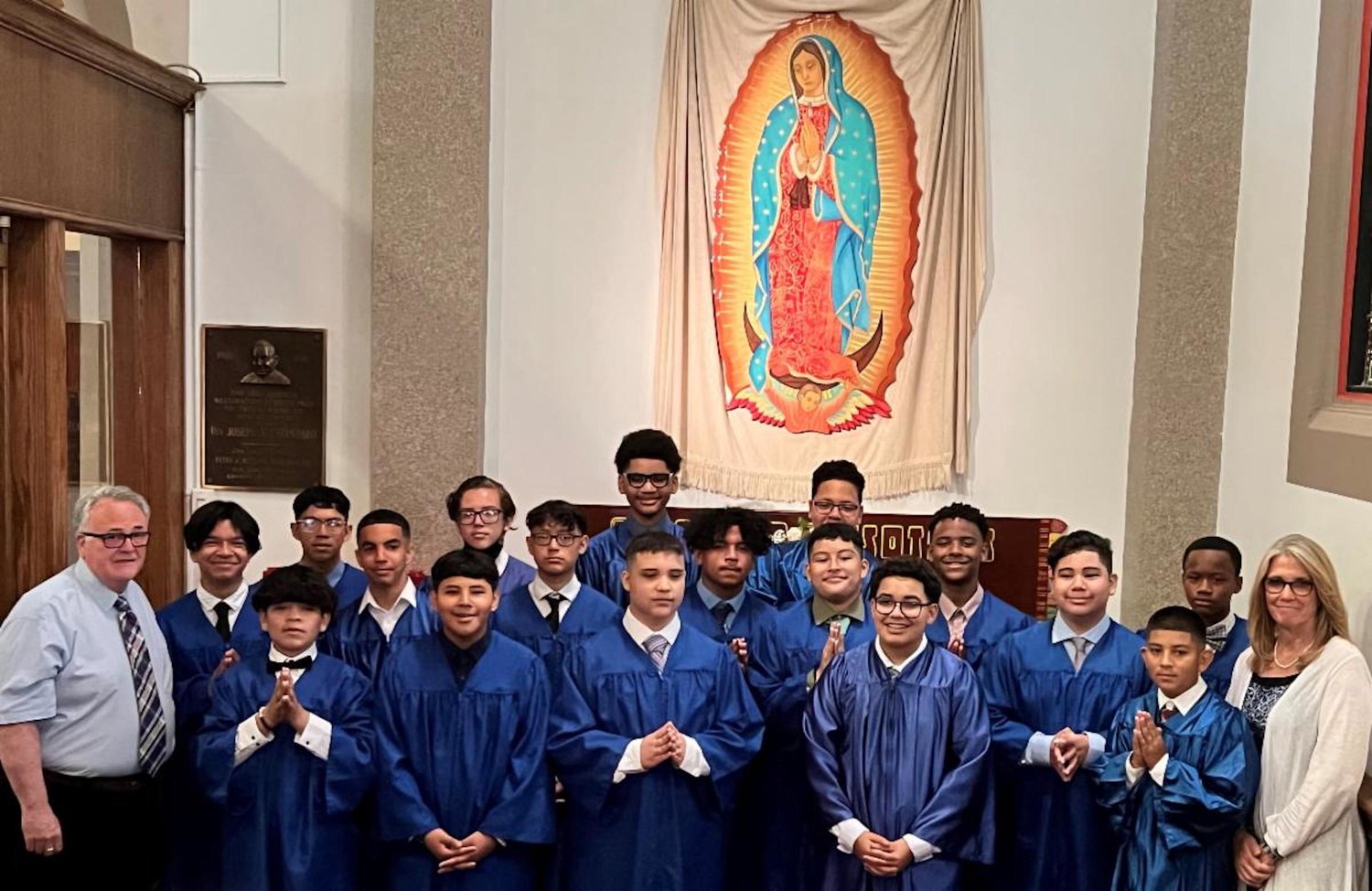 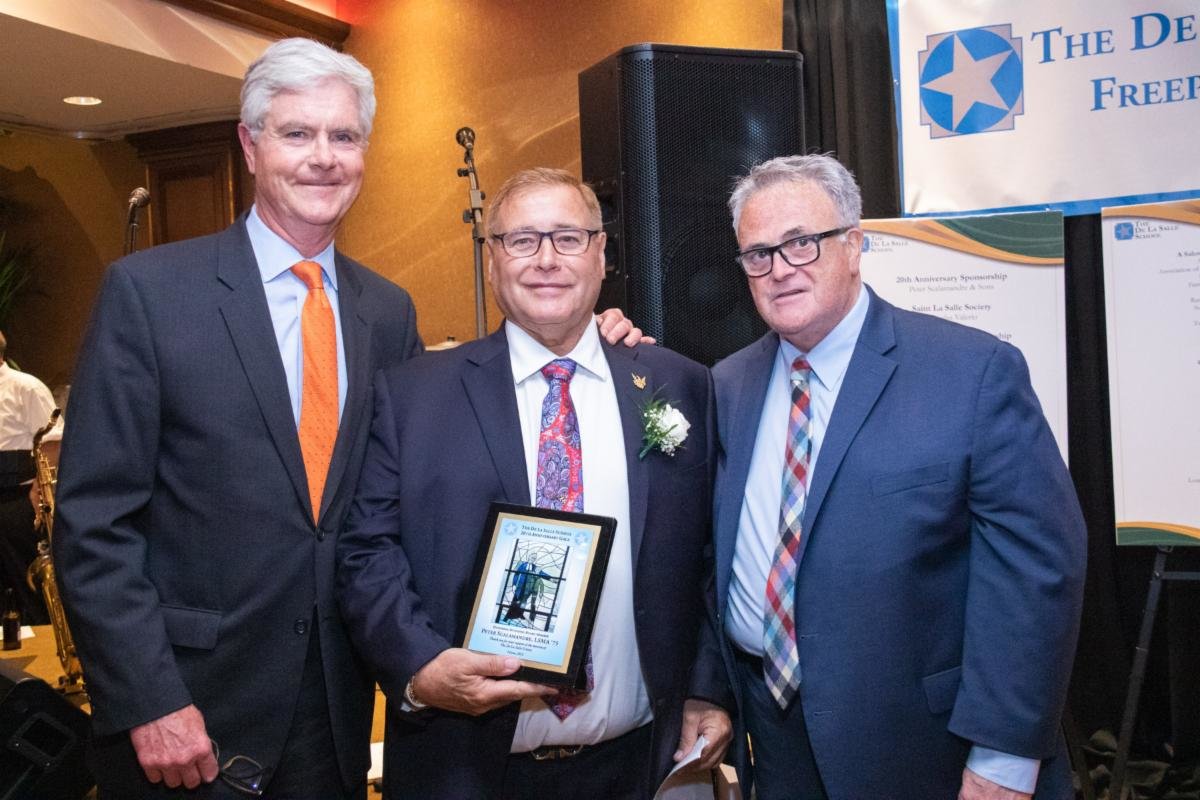 Since 2002, the De La Salle School at 87 Pine Street in Freeport has provided opportunity, hope, and choices for a future to boys in grades 5 through 8 who come from economically disadvantaged families.

Graduation took place on Friday, June 10, with a Mass of thanksgiving at 12:10 p.m., followed by an award ceremony for outstanding scholars.

Diplomas were presented at the school at 7 p.m.

This graduation now marks the 17th graduation class. In total, 239 students have graduated from the De La Salle School.

As in the past several years, this year, all 17 graduates were accepted into the Catholic high school of their choice, which is one sign of the school’s strong development across the two decades. The excellence of the school’s curriculum and staff quality is demonstrated not only by the students’ scholastic achievements, but by the mentoring that continues throughout their high school years.

“With the growing reputation of the school,” said executive director William L. Gault, “we are getting donors who are willing to help us subsidize those kids that are going off to high school. It gives them opportunities that they wouldn’t have had if they had not come to De La Salle School.”

Over the years, the school has developed what is now called the Graduate Support Program. A staff member oversees and works with the students to ensure that they’re getting help to go beyond high school into college.

“We offer our kids an SAT prep course, for free, that would cost upwards of $3,000 elsewhere,” Gault said. “We offer weekly study halls, tutoring, mentoring — the kind of thing that obviously didn’t exist here in the beginning. And that program continues to grow and expand as we move forward.”

Commenting on the deep importance of the mentoring program and the tuition scholarships, Gault said, “We don’t want to graduate them and then send them back to a circumstance that wouldn’t allow them the benefits that we’re trying to provide for them.”

Another chance for the school to celebrate its 2021-2022 achievements was the 20th Anniversary Gala on June 3. This year’s honoree was Peter Scalamandre, a founding member of the school.

His wife, Connie Scalamandre, is no less a part of the institution. She spearheaded the 20th Anniversary Committee.

“Scalamandre spoke so eloquently about his service and commitment to the school,” said Gault, “and how the young men who have graced our halls have so profoundly affected his life.”

Gault thanked everyone who has faithfully donated to the school and to the committee that helped make this year’s gala “the most successful in the school’s history.”