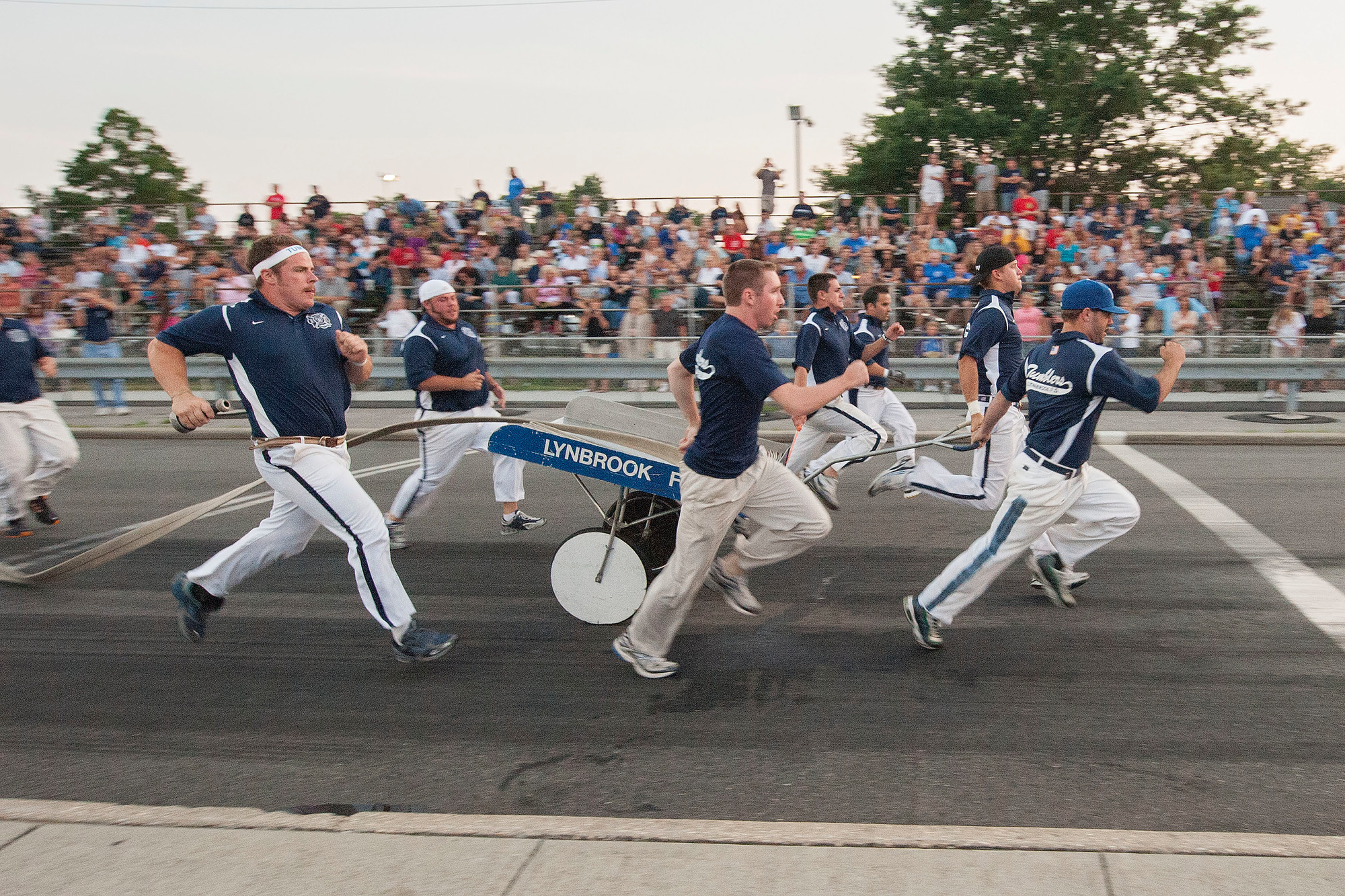 The Lynbrook "Tumblers" competed at the State Old Fashioned Drill in Merrick. Fire departments from all over Nassau County will compete in similar events in Rockville Centre on July 25.
Courtesy Michael Heller 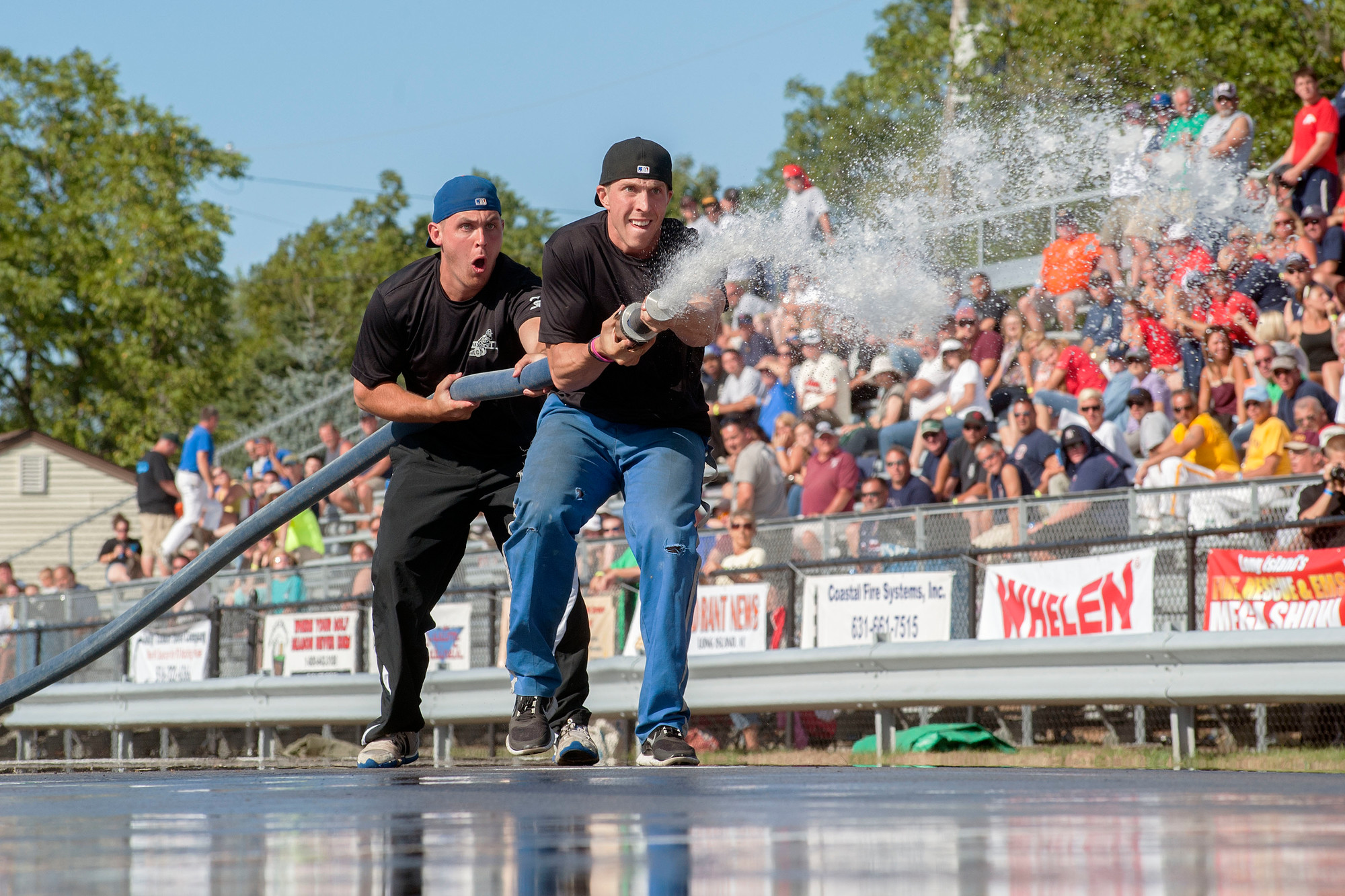 The Westbury Turtles compete in the Efficiency Contest at Main-Transit in Buffalo.
Courtesy Michael Heller
By Alex Costello

On Saturday, July 25, Rockville Centre will be hosting fire departments from across the area for the 2015 Nassau County Parade and Drill Tournament.

Fire departments from every part of Nassau will be converging on Fireman’s Field in Rockville Centre for the annual tournament, which pits firefighters against each other in races and contests designed to test their mettle and skill.

The event will run throughout the day, starting at 8 a.m. sharp and going until about 4 p.m. Teams will compete all day long.

After the competition, the annual parade will step off and march through the streets of Rockville Centre, starting at about 6 p.m., and follow a route similar to the St. Patrick’s Parade.

More than 50 groups will be marching in the parade, including 44 fire departments with more than 180 trucks. Each department will also have a classic truck leading its procession.

The day will be a special one throughout the village, as well. The Parade and Drill Committee has teamed up with the village and the Chamber of Commerce to create Explore RVC. Parade participants and spectators will be able to explore everything Rockville Centre has to offer. Many businesses and restaurants will be giving discounts and specials to people in firefighter uniforms or those wearing an “Explore RVC” wristband.

“Instead of having a block party, we’re encouraging the other members to go out and explore Rockville Centre, and then come back for the awards,” said John Mirando, an ex-chief of the Rockville Centre Fire Department.