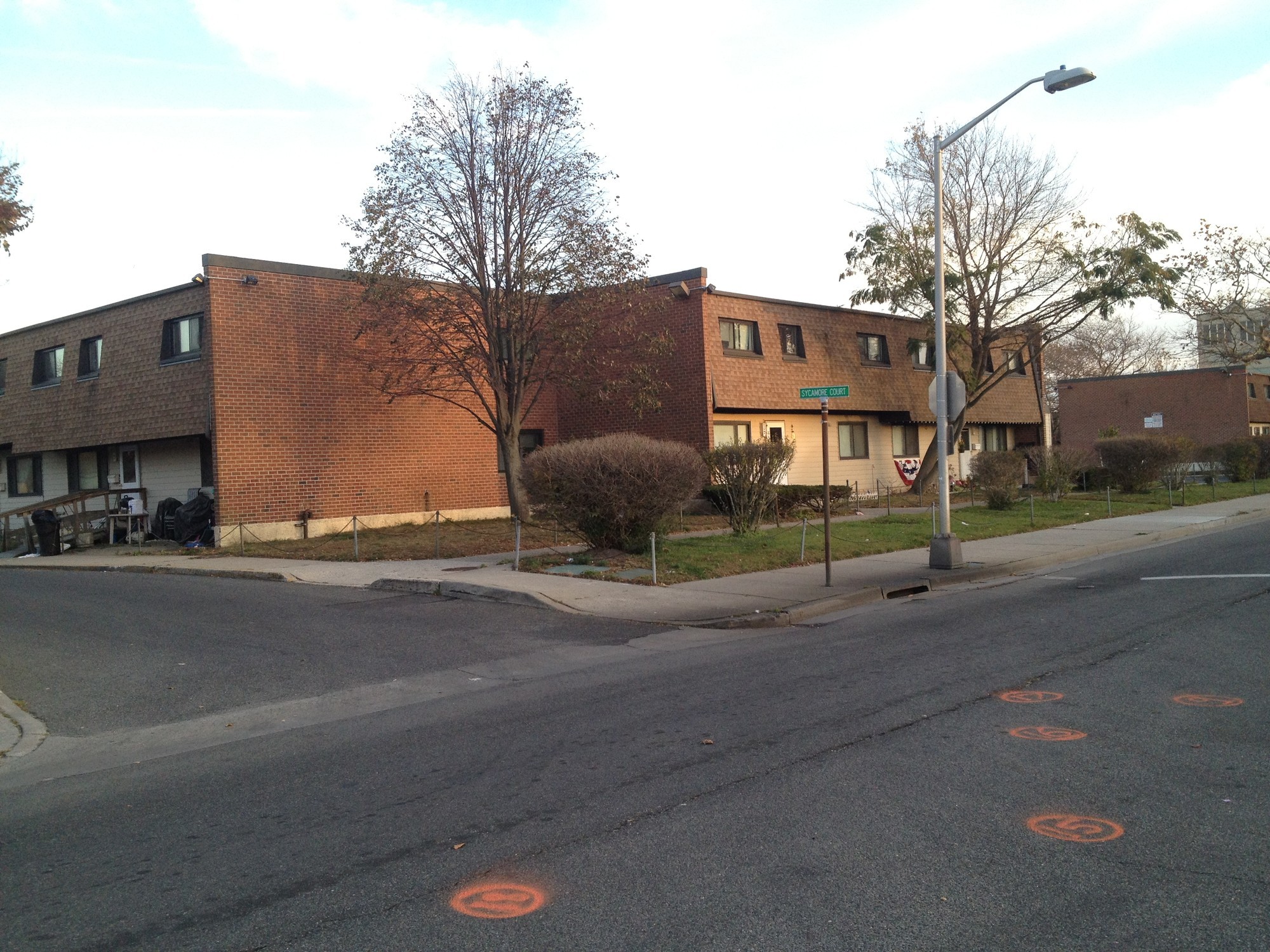 The Channel park homes are without bulkhead protection and are one of the most susceptible areas to flooding.
Herald File Photo 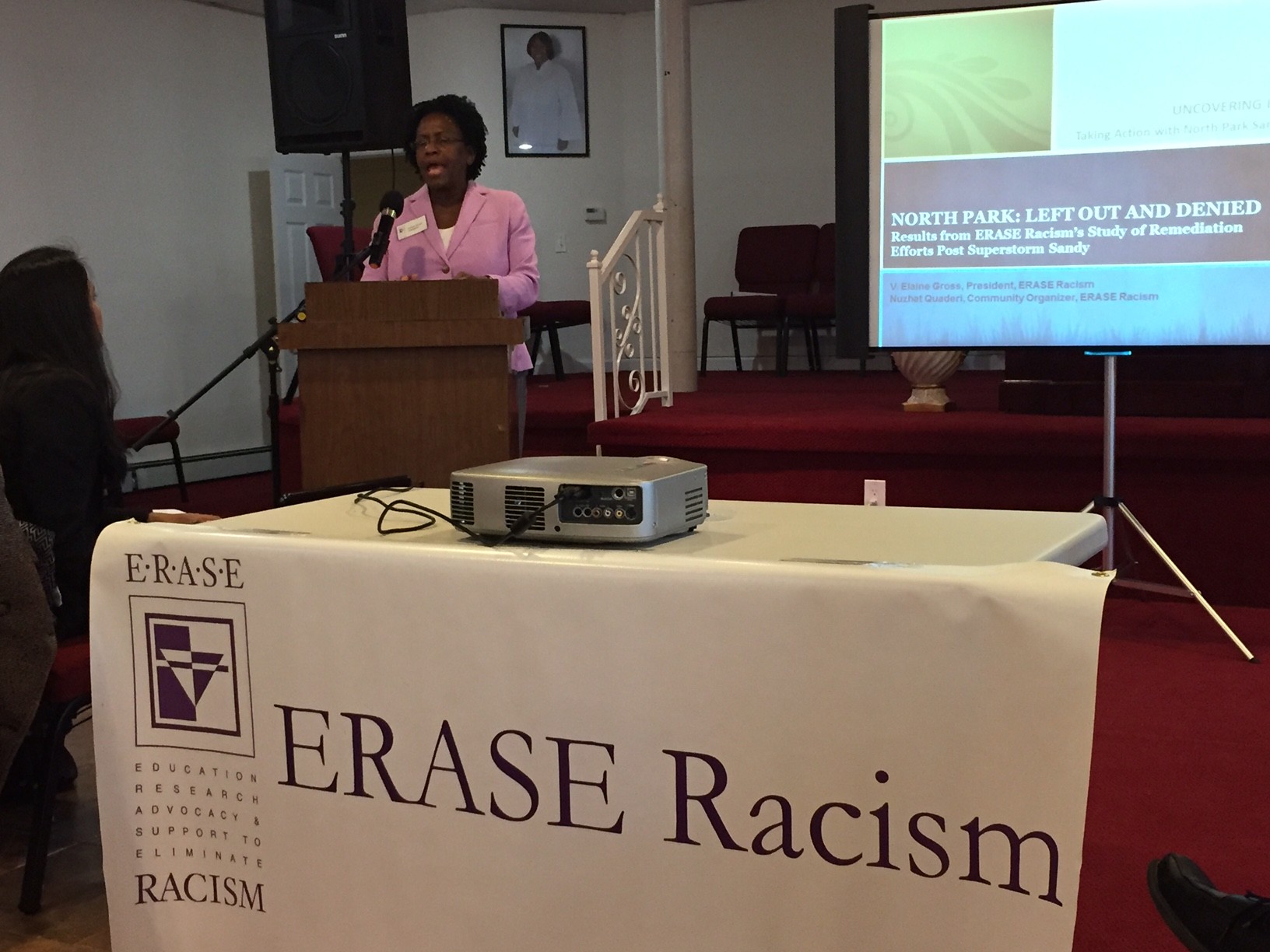 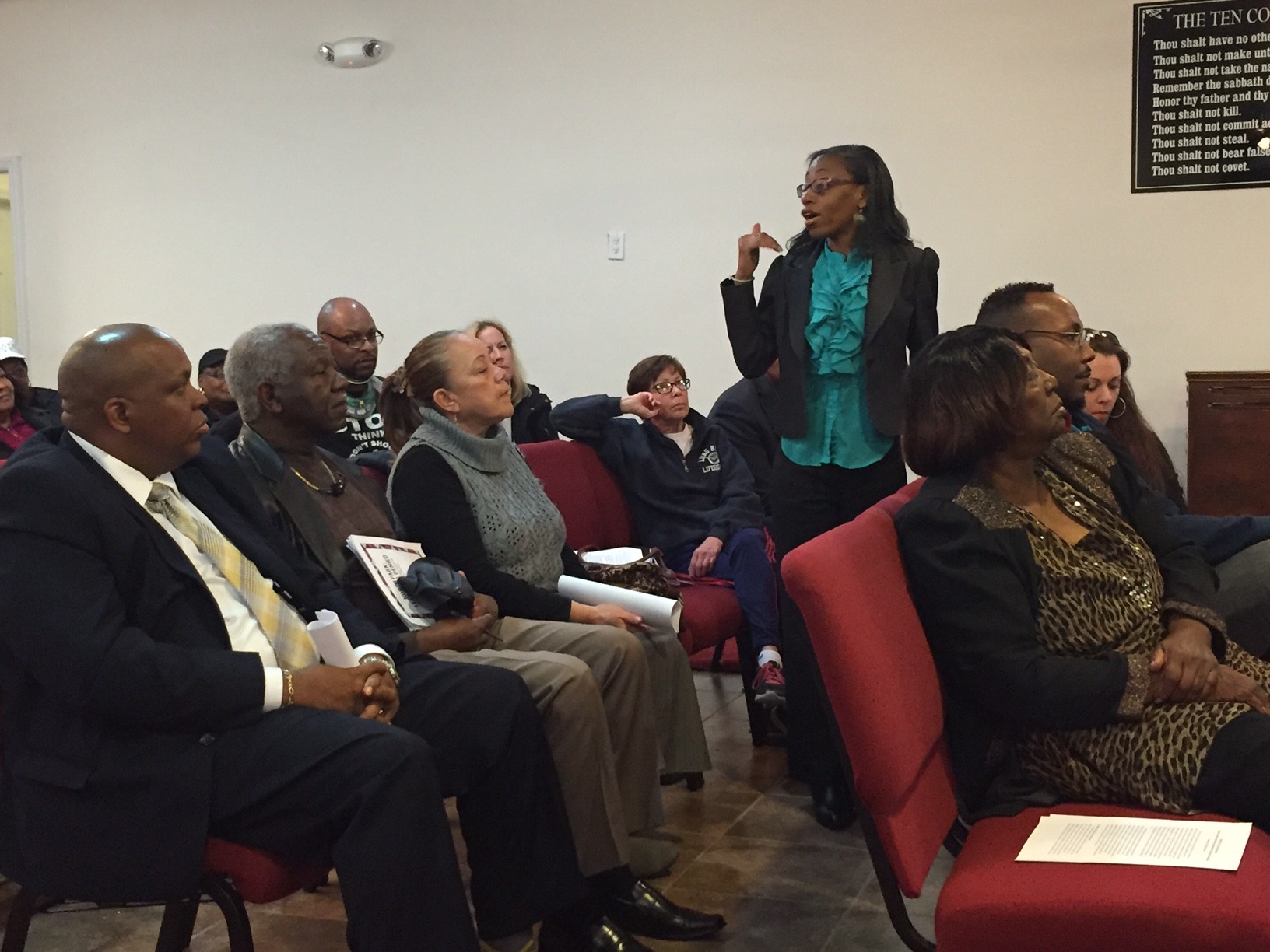 City Councilwoman Anissa Moore called for an audit of the Long Beach Housing Authority at a meeting on March 29, when the study’s findings were presented.
Ben Strack/Herald 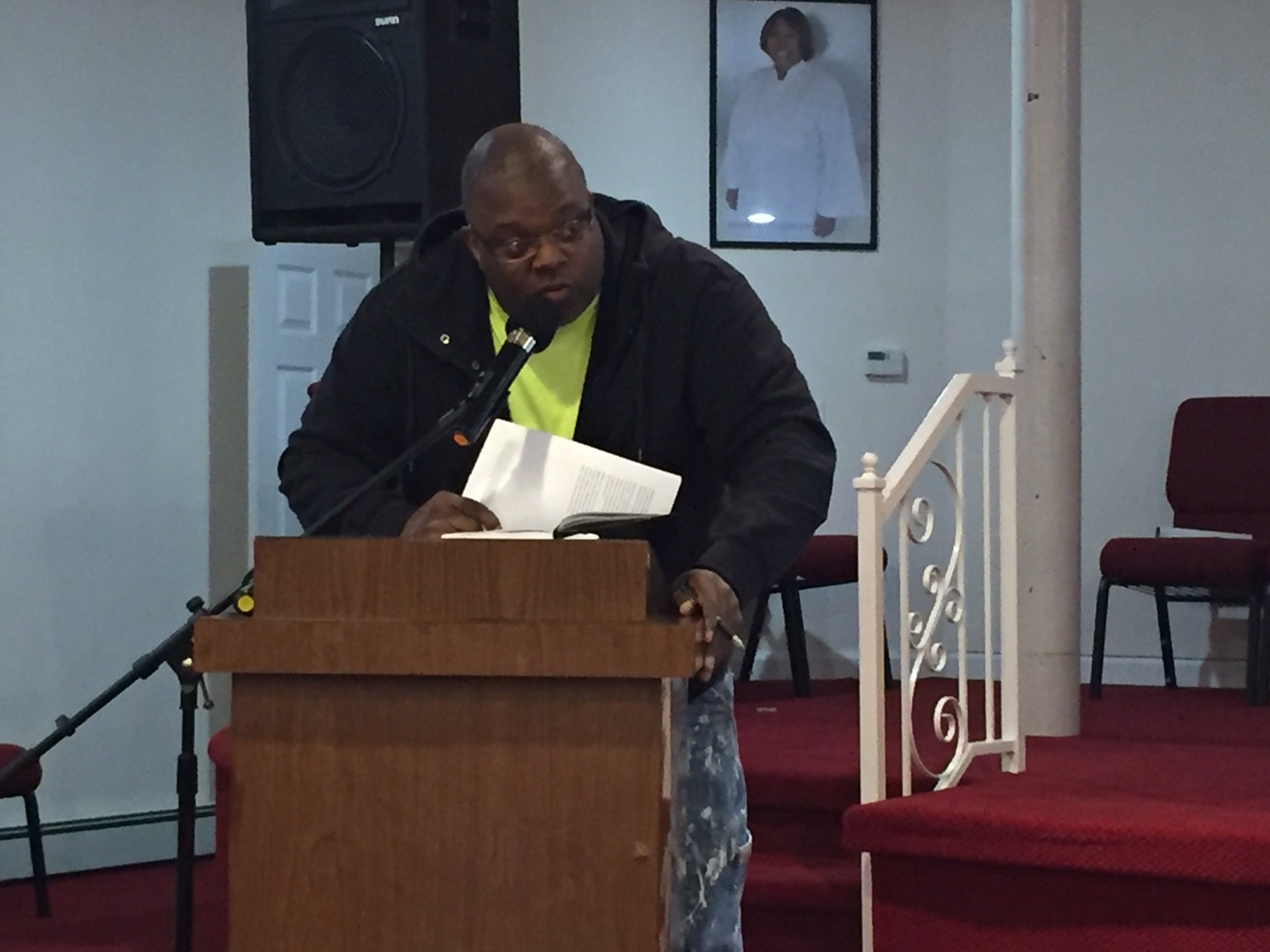 James Hutchinson, a former Channel Park resident, said the lack of remediation in the public housing devel-opment after Sandy is “disrespectful.”
Ben Strack/Herald
Previous Next
By Ben Strack

Long Beach’s Channel Park Homes were neglected after Hurricane Sandy, according to a report released last week by ERASE Racism, a Syosset-based civil rights organization. It concluded that there had been a lack of remediation at the public housing development, and that mold-infested homes there continued to pose a health hazard.

Channel Park, in the city’s North Park neighborhood, is one of the areas most susceptible to flooding, according to representatives of the group, which presented its findings at a March 29 meeting at the Evangel Revival Community Church.

When Sandy hit in 2012, the first floors of homes and community facilities were flooded at the 106-unit Channel Park Homes, at 500 Center St. According to the Governor’s Office of Storm Recovery’s November 2013 status report to the U.S. Department of Housing and Urban Development, “The damage required mold remediation, replacement of floors and drywall, painting, replacement of appliances and kitchen cabinets, and repair or replacement of HVAC systems.”

But according to ERASE Racism’s seven-page report, based on surveys conducted from November 2014 to February 2015, the necessary maintenance was not completed properly or in its entirety.

“This is about real people who have been deeply impacted by what happened here and what did not happen here,” said Elaine Gross, ERASE Racism’s president.