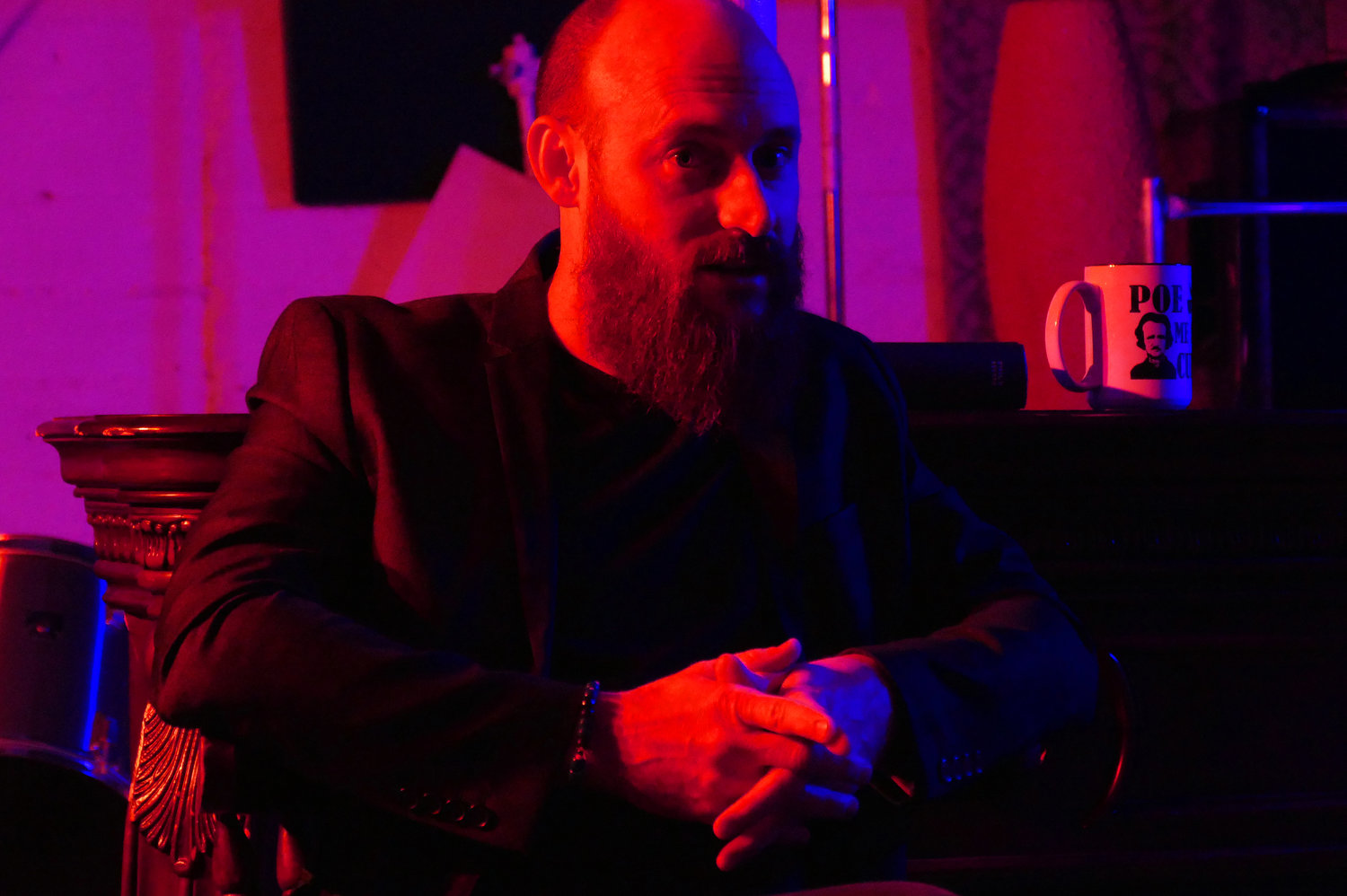 Actor and director David Coonan led off a night of horror at Dollie’s Garden in West Hempstead with a recitation of “The Raven” by Edgar Allan Poe.
Joe Abate/Herald 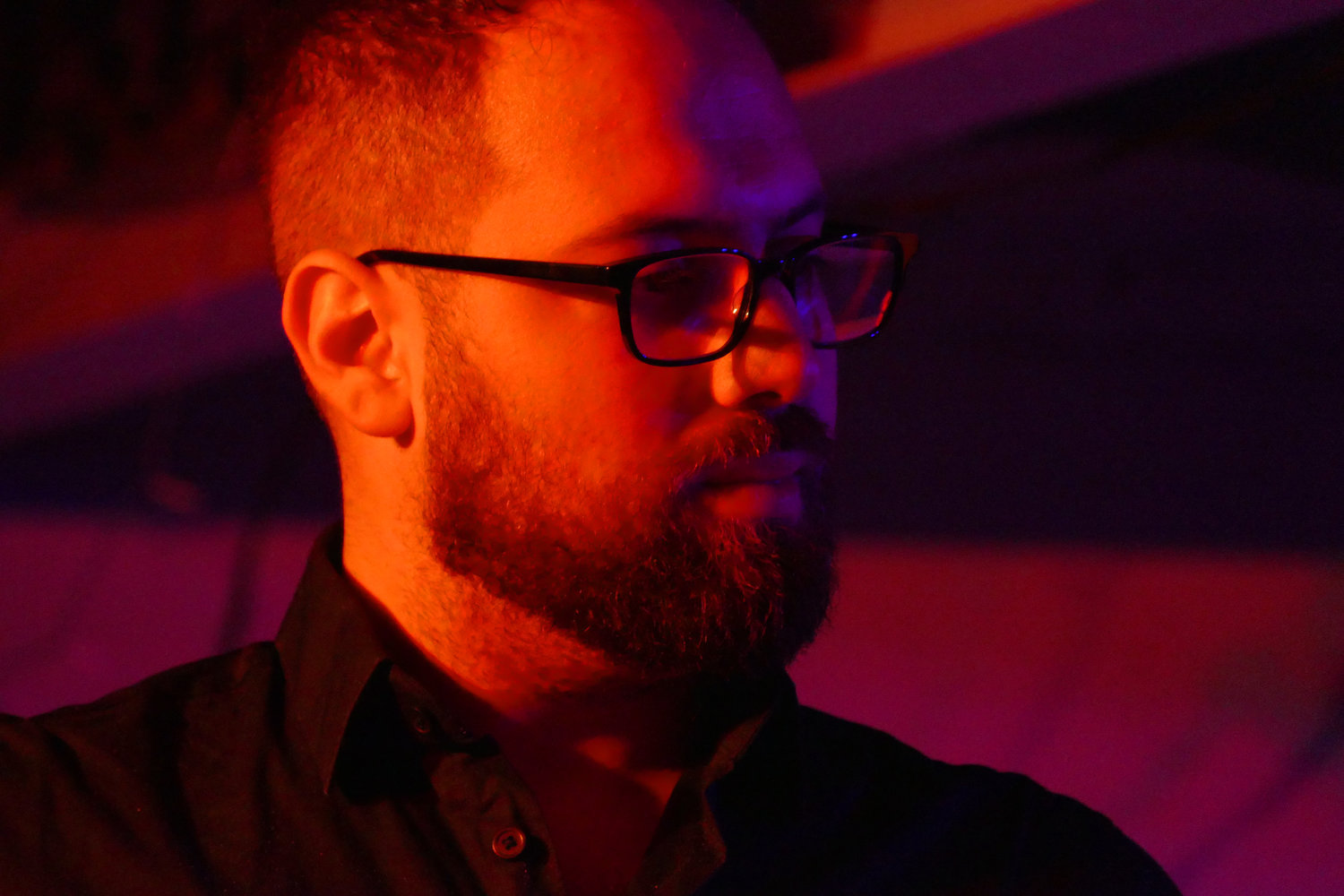 Performer Joe DiGirolamo performed Poe’s “The Tell Tale Heart” to listeners, recounting the tale of a bloody murder and the maddening guilt which followed.
Joe Abate/Herald 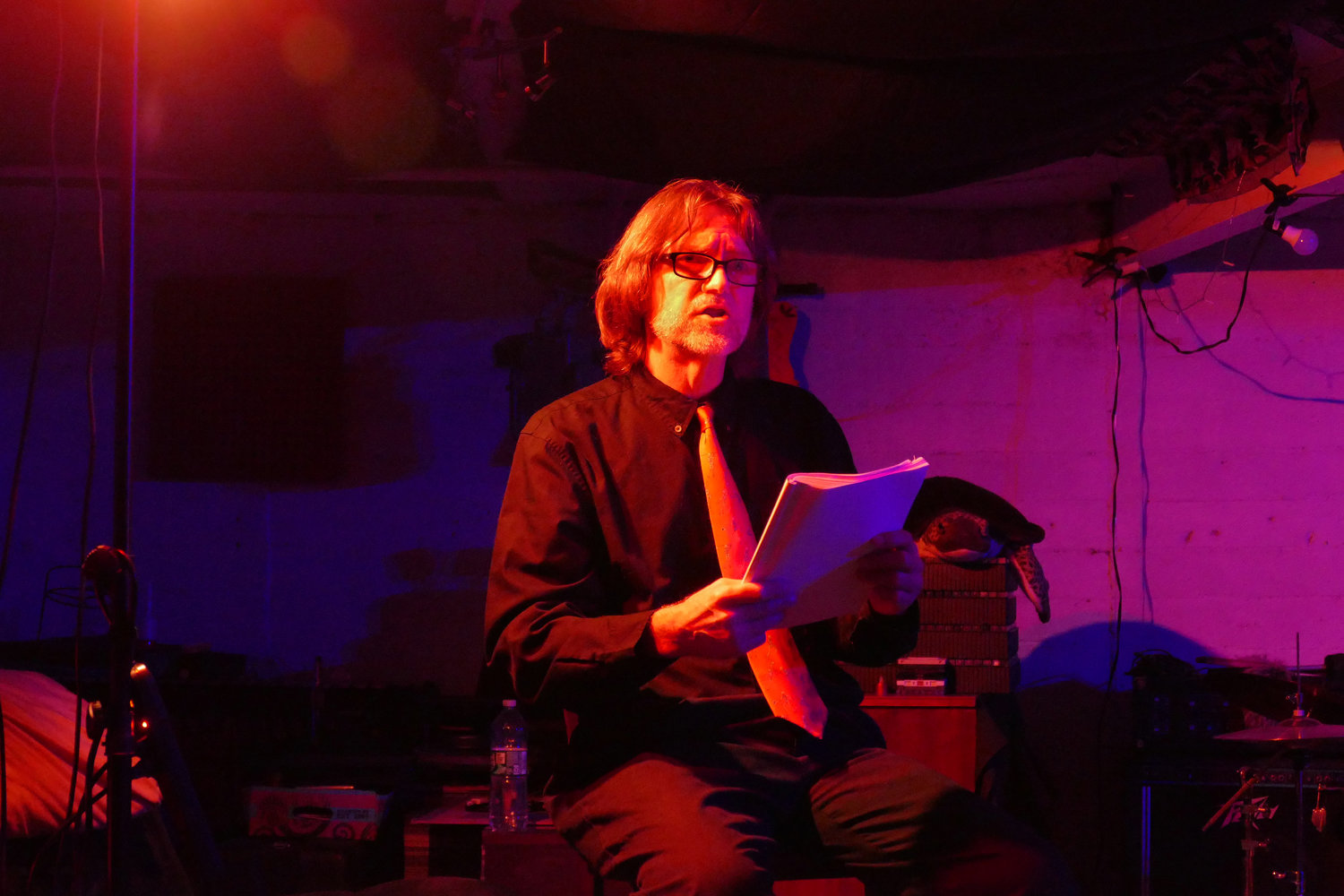 Actor Bruce Liby was one of the founding members of Malverne Community Theatre, participating in a Poe performance in 2012. On Friday night, he read the lament, “For Annie.”
Joe Abate/Herald
Previous Next
By Kyle Chin

Malverne Community Theatre marked a decade since its reincorporation with a haunting reading of the works of Edgar Allan Poe.

Malverne Community Theatre actually has its origins in the 1967. The troop operated for only three years before being left defunct for about four decades. Malverne native Dave Coonan stumbled upon the dormant organization while doing research in 2010, and began the process of reforming the troop.

The theater group’s first comeback performance was a production of Edgar Allan Poe’s work at Crossroads Farm at Grossmann’s for Halloween. The 2012 production saw Coonan stitch together a number of Poe works into a larger story, with different actors playing different characters, along with full costuming and staging.  The recent anniversary production was more of a straight reading of Poe’s works, without the extra pomp.

Friday night’s performance was held at Dollie’s Garden in West Hempstead, the basement performing venue beneath art and music space Creative Corner. The underground setting fit the subject matter well. Pallid busts of plaster served as a backdrop for the performers, who sat beside a fireplace in a scene reminiscent to the mournful scholar in Poe’s “The Raven.”

This was less of a theatrical spectacle and more of a technical reading. We tried to put the correct emotion and emphasis

The readings were divvied between four performers. Dave Coonan, serving as director and actor, started the night off by reciting “The Raven,” and gave interludes between each of the following readings, recounting information from Poe’s tragic life.

Coonan’s younger sister Amy recited the poems “Ulalume” and “A Dream Within a Dream.” Actor Joe DiGirolamo read the poem “Annabelle Lee” and the short story “The Telltale Heart.” Bruce Liby, the final member of the ensemble, read “Hop Frog” and “For Annie.” Short story “The Oval Portrait” was split between DiGirolamo and Liby. All four performers played the different characters in “The Masque of the Red Death.”

Coonan noted that the emotion and rhythm of each of the Victorian author’s stories was very precise and purposeful. To Coonan, accurately translating that intent into spoken word was the key to reading the author’s works a loud.

“His poetry is incredibly musical and rhythmic. If you just hook into that rhythm that he’s purposely created, it’ll just flow,” said Coonan. “When you are reading the story out loud, you want to make sure you emphasize the right parts correctly and pause where you’re supposed to. A lot of that comes into play if you just read his work the way it is written. If you pay attention to the punctuation, you understand how this is already structured and it will kind of flow the right way.”

Coonan felt committed to making the performance happen. “It was more important for us to be able say, ‘we’ve been doing this for 10 years, and this is what got us into it.’”

Bruce Liby was a founding member of the new Malverne Community Theatre, performing in the initial staging of Poe a decade ago.

“It’s been pretty cool. I’ve done a lot. I really have enjoyed it,” Liby said of his time with the troop.

Friday was the first live performance Liby participated in since the onset of Covid. Throughout the last two years, the theater group took up radio plays while they could not meet in person.

“We were trying to think of something to do that not everyone else was doing, that would be both fun to do and that people would like to listen to. These old radio plays, from father knows to flash Gordon really fit the bill,” said Liby.

“I can tell you that doing all that stuff was something to keep your sanity during the pandemic. It was that creative outlet. Something you could look forward to and put you energy and your mind into apart from work.”

Liby echoed Coonan’s thoughts on his own approach to Poe.

“Finding where the crescendos are, and point where you need to build, that’s sort of what I was looking for.”