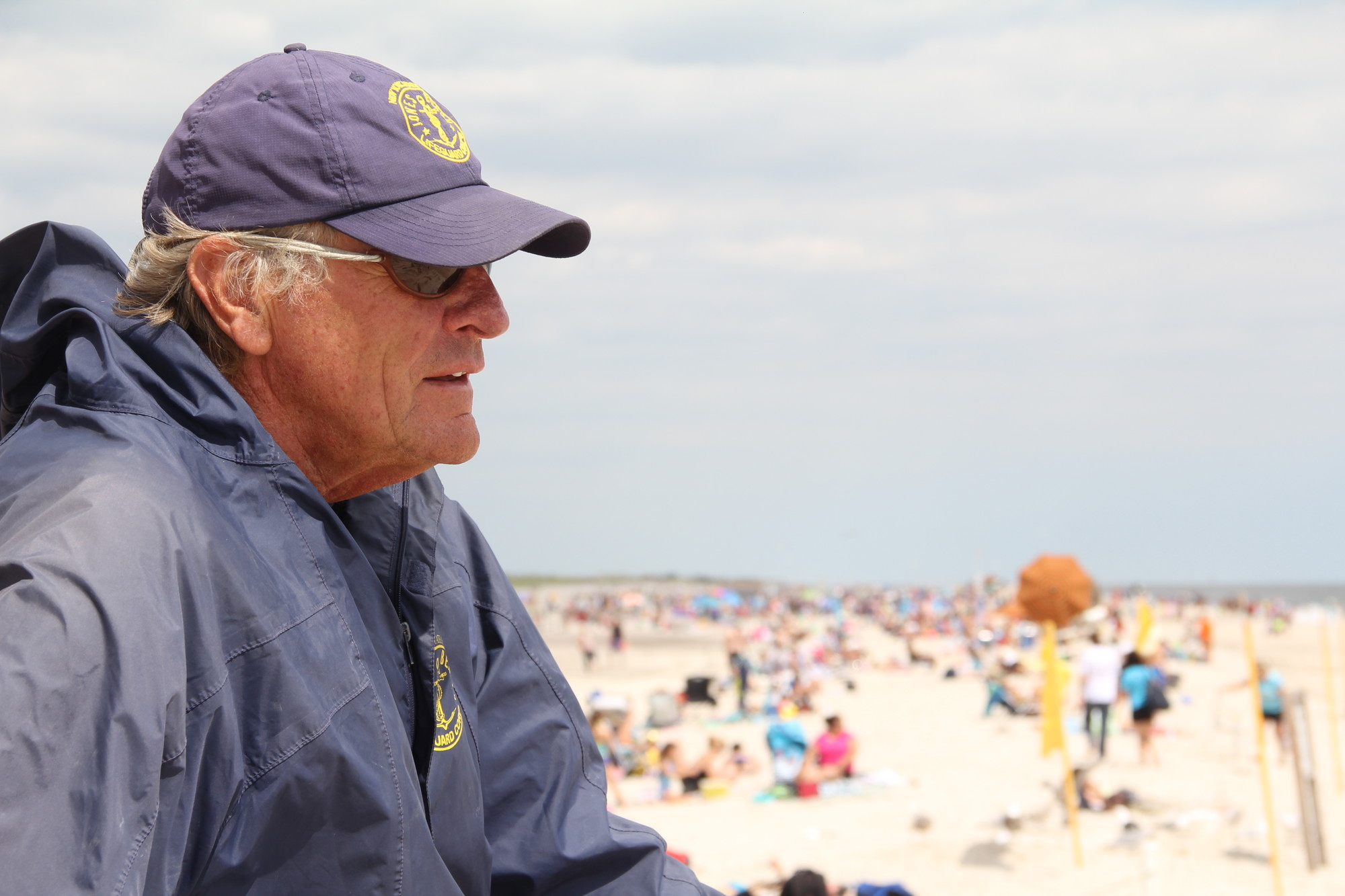 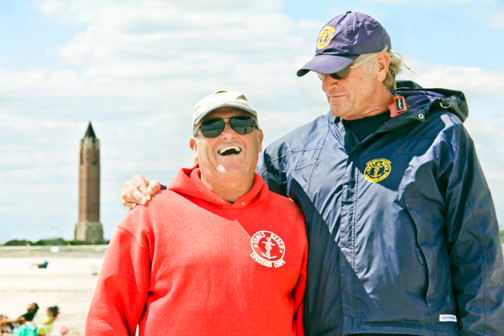 “I trust him so much with everything that goes on down here,” East Bathhouse Ocean Capt. Tom Curtin, left, says of Lee Hahn, his longtime friend.
Christina Daly/Herald
Previous Next
By Jim Harmon

He is scanning the Atlantic, as he has for three months almost every summer since John F. Kennedy was president. Lee Hahn may be in between bites of a chicken sandwich. He may be loudly channeling Elvis. If the ocean is calm, he may have drifted into the observant-daydreaming state lifeguards master. If there are waves, he may be having a hard time sitting still, envying the off-hour guards on surfboards out past the break, catching rides while he can only watch.

The 70-year-old Hahn, a boatswain at Jones Beach’s Field 5, will not miss a swimmer in distress. On his shift he is usually the officer in charge of the main lifeguard stand, sitting with two regular guards. When there’s trouble among the bathers, one or both of his often college-aged colleagues are expected to grab a rescue buoy and go. But Hahn doesn’t stand on ceremony, and if he senses that he can and should beat them to it, he’ll quickly whistle twice, scramble down the eight-foot-high mountain of sand in front of the main stand, snap up a buoy and loop its line under one arm and over the opposite shoulder as he hustles across the beach and high-steps into the ocean toward a victim. He has done this many hundreds of times. It is a conditioned response.