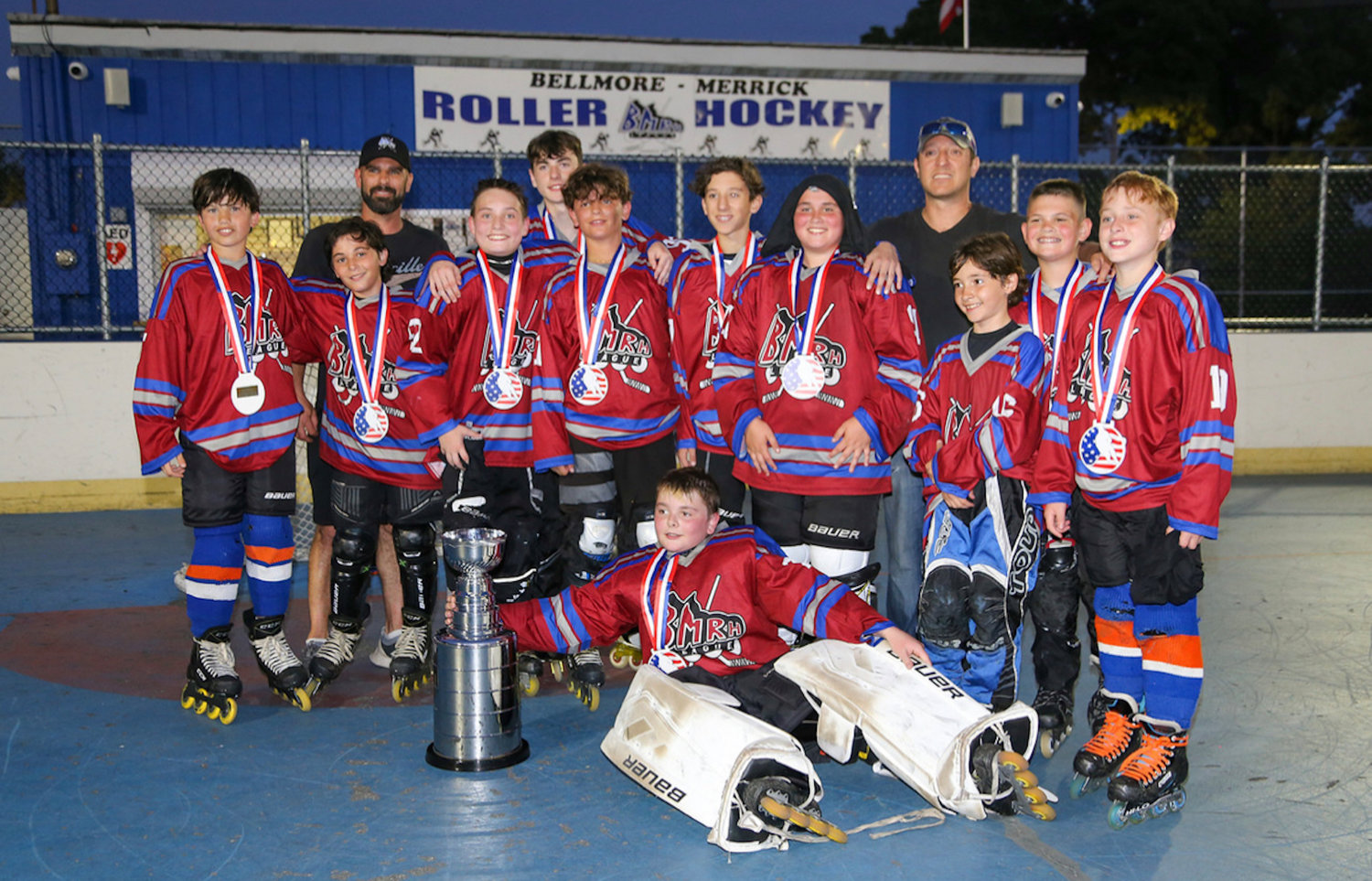 The Avalanche bested the competition for the Sophomore Division championship.
Courtesy Dave Menara 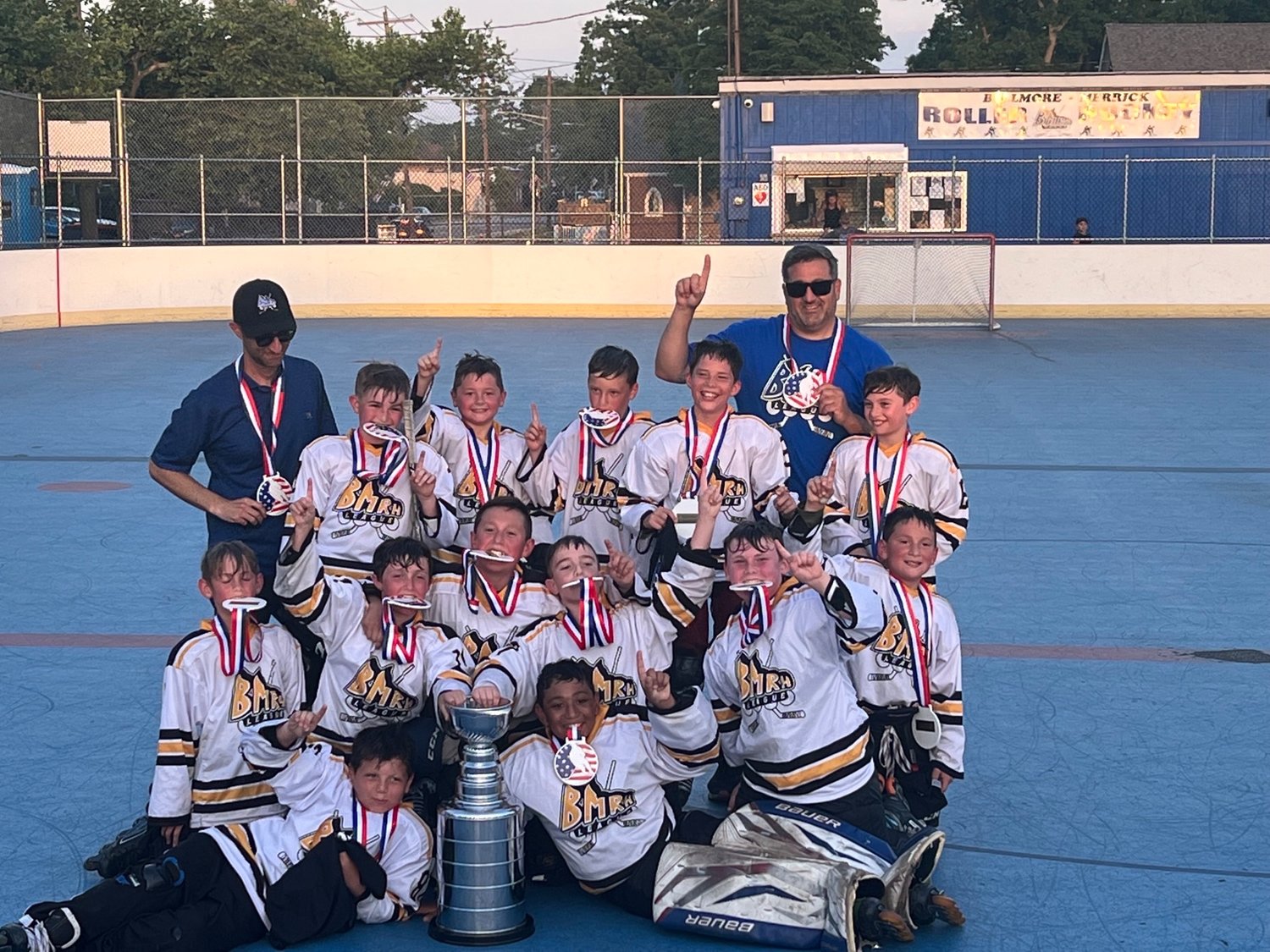 The Penguins, in the Freshman Division, captured the title at the end of the season.
Courtesy Dave Menara 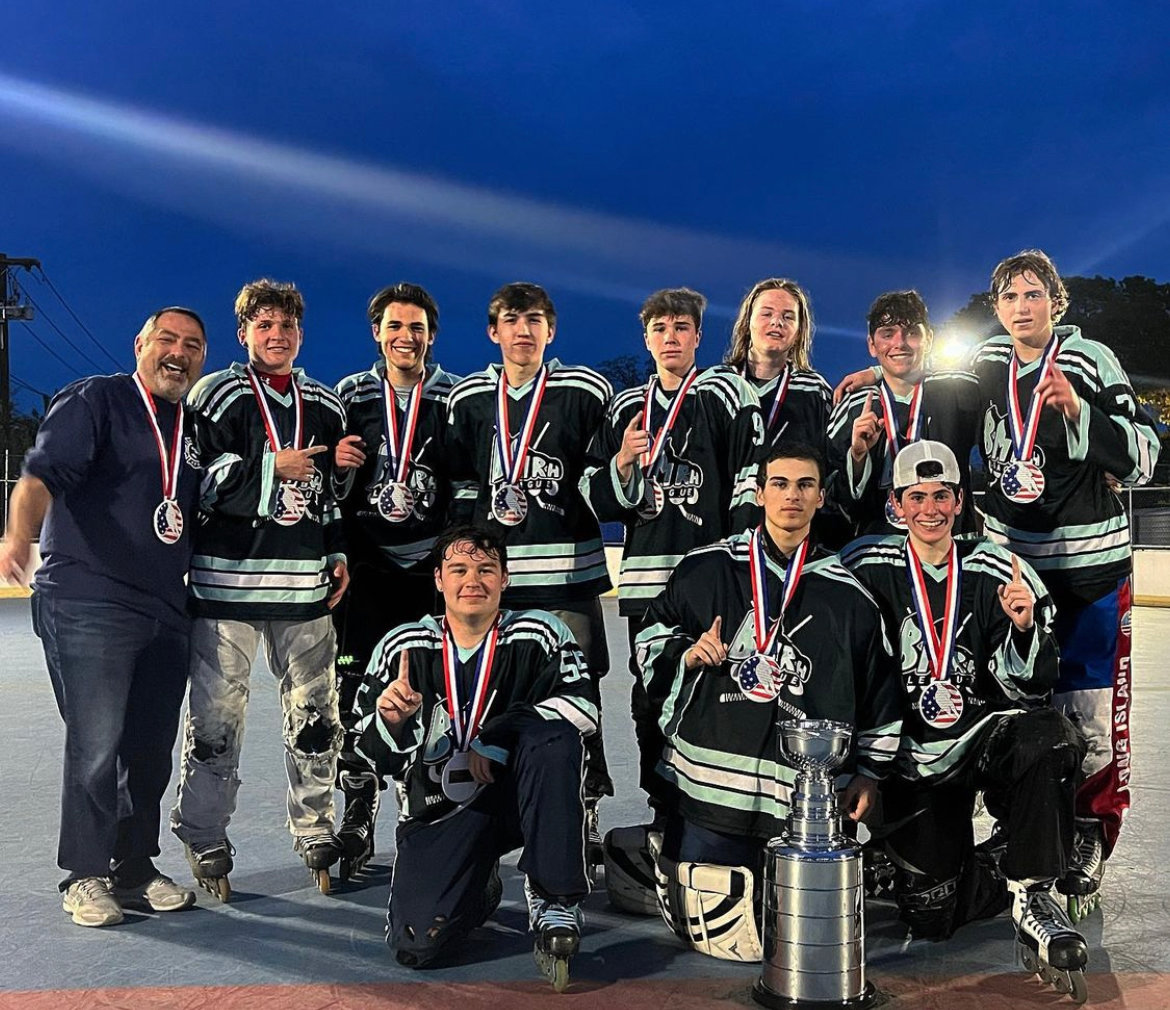 The Kraken, the Bellmore-Merrick Roller Hockey League’s Junior Division team, won its championship this season, and now the league looks ahead to its All-Star Weekend.
Courtesy Dave Menara
Previous Next
By Kepherd Daniel

Wrapping up a successful season, the Bellmore-Merrick Roller Hockey League is reflecting on its successes and looking ahead to its All-Star Weekend.

The league is a nonprofit organization with 14 teams and some 300 players in three divisions: the Freshman Division, for elementary school players; the Sophomore Division, for middle school players; and the Junior Division, for high school players. The games are played on the league’s rink on Bellmore Avenue in North Bellmore. Three teams — the Kraken, the Avalanche and the Penguins — earned the top spots in league competition this season, which began June 6 and ended June 8.

First-year league President Dave Manara, 39, has brought new energy to the league, according to a board member and coach, Tom Ryan.

“He has taken over this year,” Ryan said of Manara. “We started marketing the league better, and we started taking sponsorships and increased the registration almost twofold. We feel like we’re rejuvenating this classic league that we’ve had for 40 years.

“We’re trying to make the experience better,” Ryan added. “We have music playing in between every whistle. We do a lot of things to give the kids playing an actual NHL feel. My son shows up at that rink, and he loves the fact that I’m part of it, and to see the look on those kids’ faces when they won the championship was unbelievable.”

Manara has long been involved with the league, which his father founded it in 1980, and has been on the board since 2015. His passion for the organization comes from wanting to give today’s kids the same experience he had.

“I grew up and my father was always down at the rink on the weekend,” he recalled. “I grew up playing down there, and I fell in love with the game. I learned how to skate, my first practices and games — my first goal. My childhood memories and a lot of good stories are there. I try to keep the league going and make it a place where the kids right now can fall in love and continue to play hockey just the way I did when I was younger.”

Nearly 30 parents volunteer as coaches and board members. Nicole Cassella, who has been the league’s secretary for eight years and helped secure a grant to rebuild the rink in 2017, had her son graduate from the league, but plans to continue volunteering.

“The kids enjoying it is my reward,” Cassella said.

This year the league launched a new website, and volunteers also started clinics for intermediate and advanced players to keep their skills fresh, created a deck hockey clinic for those who aren’t yet ready to skate but want to play, and revived a scholarship program that gave $500 to a graduating high school senior at the end of the season.

“I can’t thank the current board of directors enough who volunteer their time helping out,” Manara said. “Our coaches volunteer their time and make the league what it is. It’s really about keeping that tradition of our hockey community moving forward. We did a lot of good things this year.”

For the first time ever, the league will run summer programs as well, with 50 kids currently signed up who will keep the rink busy. Among the improvements Menara and the board are looking to make include a resurfacing of the rink over the summer, with the help of fundraisers or local sponsors.

“We’ve been working behind the scenes to get things done,” Manara said. “We redesigned the look and feel of the rink, refurbished our concession stand, and I’m really happy with the work that the board of directors has done this past season. We’ve turned a lot around in a little amount of time, and I’m looking forward to the future.”

The league’s All-Star Weekend begins Friday, and players in the Sophomore Division will kick it off with a skills competition. All-Star games will begin on Saturday, with the Freshman Division playing at 4 p.m., followed by the Sophomores at 5:15 and the Juniors at 6:30. Afterward, any adults that were involved in the league during the year will have the chance to strap on their skates and get involved in the fun.