Students step up to aid community 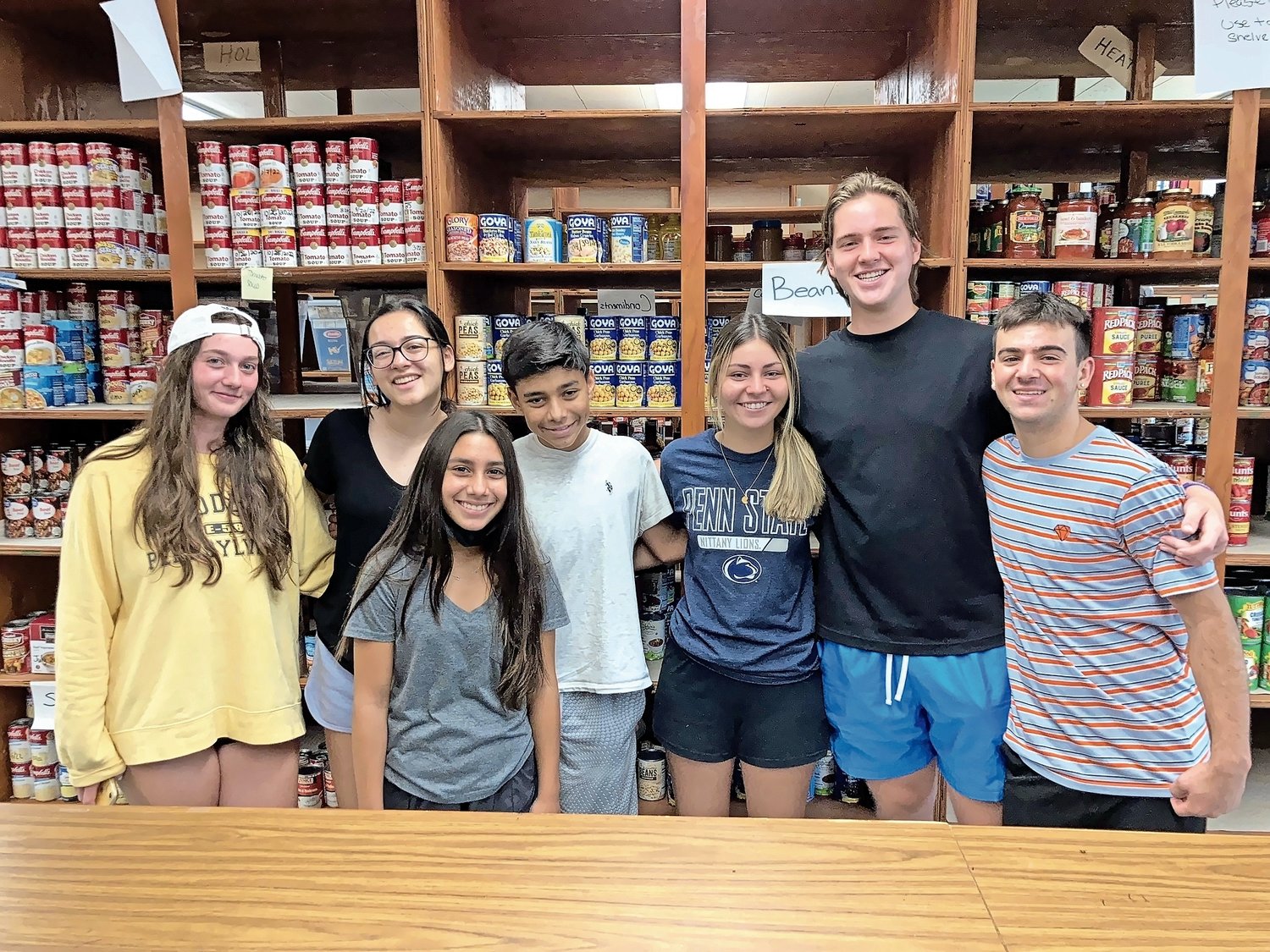 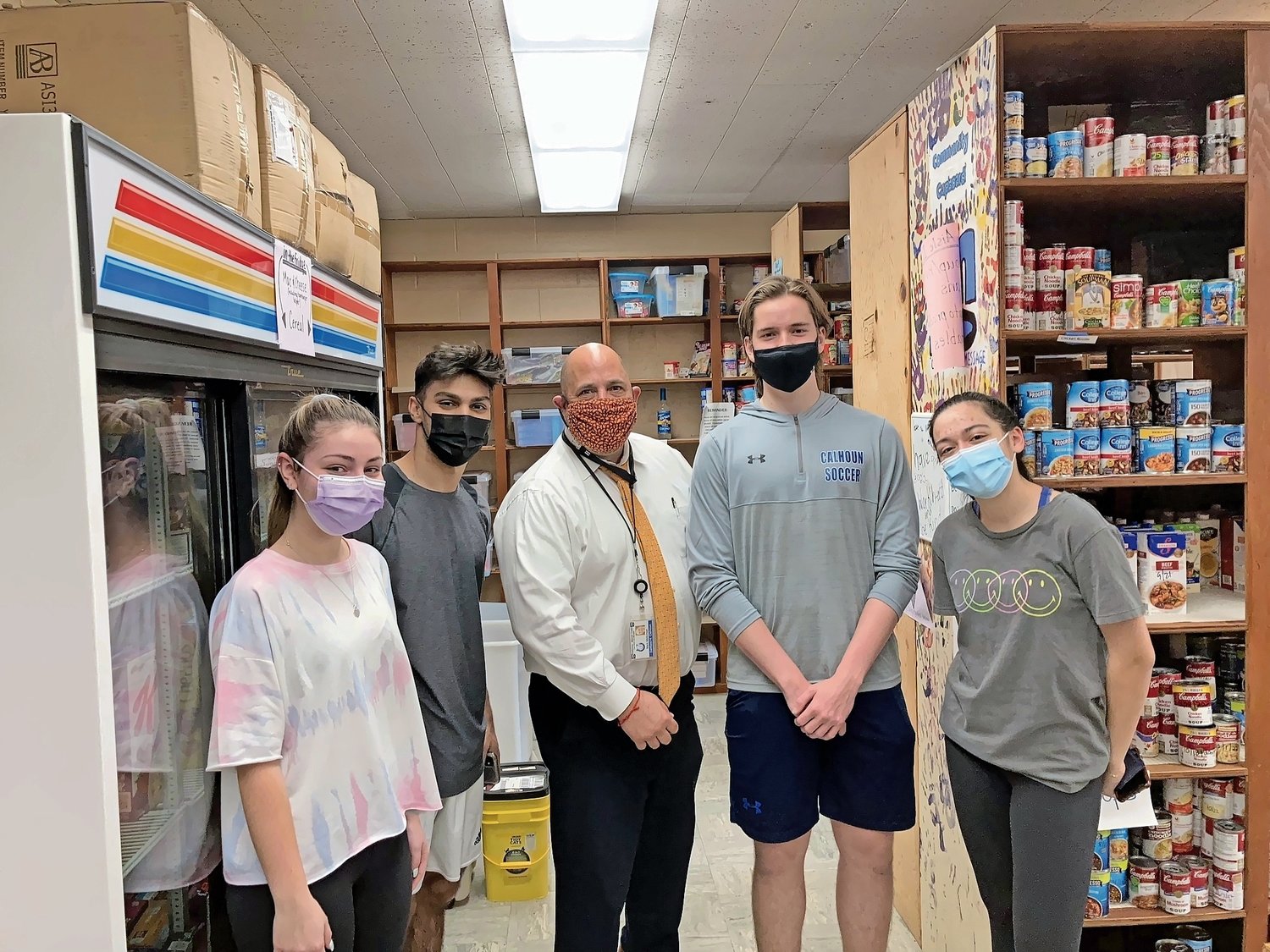 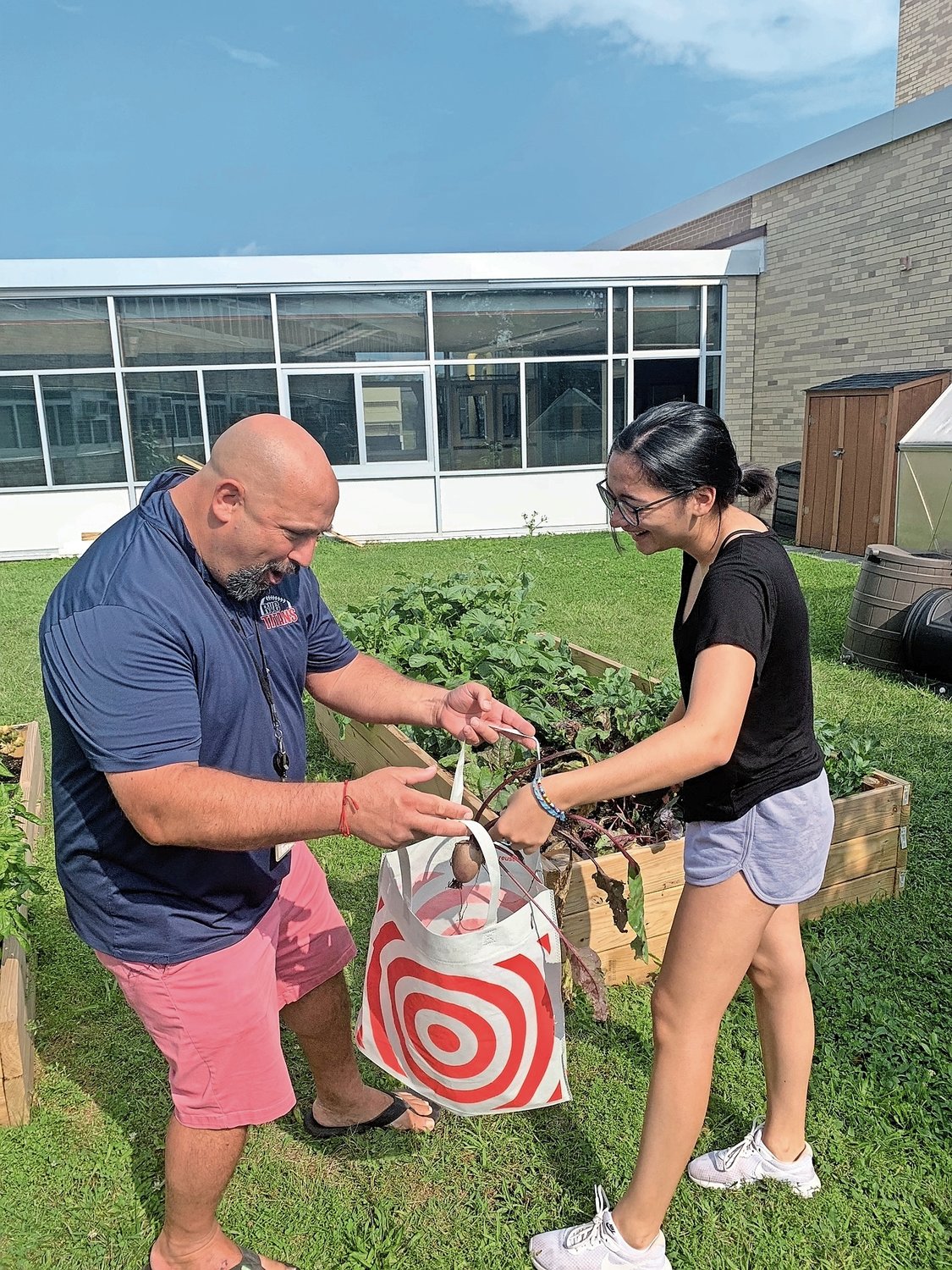 The Community Cupboard, operated by the Bellmore-Merrick Central High School District, is a vital resource for local families in need, providing food, toiletries and other necessities. A new student-driven club at Sanford H. Calhoun High School plans to ensure that the facility has a helping hand for years to come.

Community Club co-founders Liam Hardstone and James Gavnoudias, now Calhoun graduates, saw the need to aid the Cupboard amid the coronavirus pandemic. Although Covid-19 brought pain to families nationwide, they could at least make a difference here at home.

“The pandemic affected most people in the world — and it was a broad spectrum of severity,” said Hardstone, 18. “Fortunately, James and I presided on the less severe side of the spectrum, and we wanted to use that privilege to aid those that were not so fortunate.

“We saw an opportunity [with the Cupboard] to help others,” Hardstone continued, “so we started thinking about the most Covid-friendly way to help them.”
It started with a GoFundMe intended to aid the Community Cupboard, for which the duo had “no expectations at all,” Hardstone said. “We didn’t think people would donate. We started with a goal of $1,000, and we thought that was a complete reach.”

Within two months, Hardstone and Gavnoudias raised $2,000, with which they purchased nearly 100 Stop & Shop gift cards for the Cupboard. Once they saw the project’s success, they realized the potential to go further.
“We saw the opportunity to make something sustainable that can work over the years, that [wouldn’t] just live on until June, when James and I graduated,” Hardstone said. “We wanted to make something that, whenever there’s a Calhoun, there is this club associated with it.”

They started a Community “Cluboard” at Calhoun, which eventually adopted the name Community Club and gained an additional co-president, student Alyssa Formisano. The club’s members have since helped supply the pantry through several initiatives and community partnerships.

To give a donation event a competitive twist, the club brainstormed Clash of the Classes, pitting Calhoun’s grades against one another to see who could collect the most non-perishable food items. The seniors came out on top, thanks to help from National Honor Society members, a majority of whom were seniors.

Connections have also been made with the Calhoun Alumni Association, the Merrick Community Nursery School and Burgrito’s, a Merrick restaurant that has donated gift cards and holiday meals.

St. Demetrios Church’s philanthropic chapter, run by Barbara Philoptochos, has also supplied the Cupboard with donated food, turkey dinners, cases of water and other necessities through a continued partnership with the club.

“The amazing thing is that the Cupboard supports Bellmore-Merrick families,” said Mark Melkonian, assistant principal of Calhoun and the club’s adviser. “For young people, you can donate and raise money for a national campaign — which is great — but we can raise and donate for a local campaign that impacts your community directly. I think it’s very empowering.”

Community Club members met at the Cupboard — which is housed in the Brookside School — on Aug. 11 to pack bags for families and organize the shelves. Hardstone and Gavnoudias passed the mantle to new presidents and rising seniors Julie Moehringer and Steven Aievoli.

“I have lived in Merrick my whole life, and have nothing but good things to say,” Moehringer said. “The Community Club has impacted me in unimaginable ways. I have realized that there are so many people in my own community who are in need of everyday items that I myself take advantage of. Giving back to my community and families in need in my community is truly something amazing.”

More information on the Cupboard can be found on the district website, www.bellmore-merrick.k12.ny.us/, or by calling (516) 992-1073. Donations can be dropped off in a container outside the Brookside School Monday through Friday between 9 a.m. and noon.