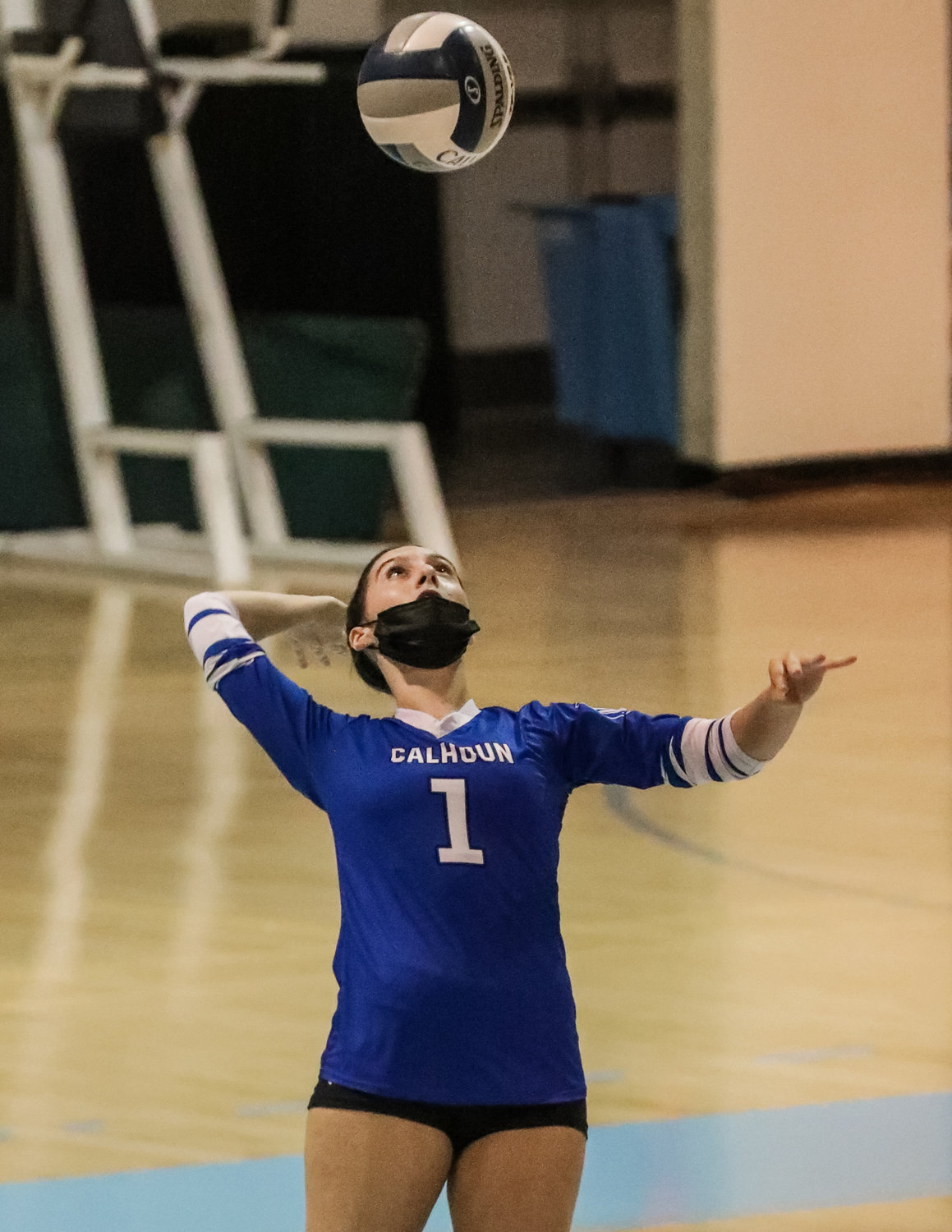 Calhoun’s girls’ volleyball team raced into history this fall with a breakthrough season that fell just short of the program’s first county championship.

Calhoun captured the fist set against Wantagh in the Nassau Class A finals Nov. 10 at LIU-Post and were up 5-0 in the second set before the defending county champion Warriors stormed back to reclaim the crown.

While a historic postseason run as a six seed did not end with holding that championship trophy, Calhoun coach Christina Strezenec hopes the experience gained by her young team lays the foundation for consistently competing on the big stage.

“The girls really wanted it and wanted to be here and whatever it took to get here this whole season they were doing it,” Strezenec said moments after her team’s four-set loss to Wantagh (29-27, 15-25, 18-25, 18-25) in Calhoun’s first-ever county finals appearance. “They finished off the conference season strong and heading into the playoffs we just ran with it.”

The championship match began with momentum on Calhoun’s side after capturing a back-and-forth opening set 28-26. Junior Victoria Zovich’s clutch spike broke a 26-26 tie with Wantagh hitting the ensuing point in the net to seal the game for Calhoun.

In the second set Calhoun won the first five points before momentum quickly shifted with a 12-3 run by Wantagh.  The Warriors seized control of the match to win the second and third sets before Calhoun rebounded in the fourth game to grab a 13-10 lead. Wantagh then answered with nine straight points as part of a match-closing 15-5 run

“Wantagh is a longstanding program with a great coach so I knew it was going to be a tough matchup,” Strezenec said. “We went out there and we fought and we just fell a little bit short.”

After capturing Calhoun’s first conference title in three decades with a 9-4 record in Conference A/C2, the Colts began their playoff journey with an upset of three-seed Mineola in straight sets led by 21 kills and 13 digs from Julia Lawrence. Gianna Lucchi was also big with 29 assists and Ella Maldonado totaled 32 digs against a Mineola team that had knocked off the Colts in four sets in an Oct. 13 regular season matchup.

The Colts then marched into the championship match with a sweep of second-seeded South Side on Nov. 6 by set scores of 28-26, 25-18 and 25-22 with Lawrence registering 15 kills and 13 digs. Maldonado recorded 21 digs and Lucchi netted 22 assists.

Strezenec credits her senior class of Kaitlin Bondi, Kelly Martin, Casey Lada, Katherine Brown with their leadership in establishing a winning culture since she took over as head coach last season that she expects to carry over into 2022.

“They definitely stepped up to the plate and they have helped evolve the program,” Strezenec said. “They have been really flexible and have adapted well to the system and they did the best that they possibly could.”