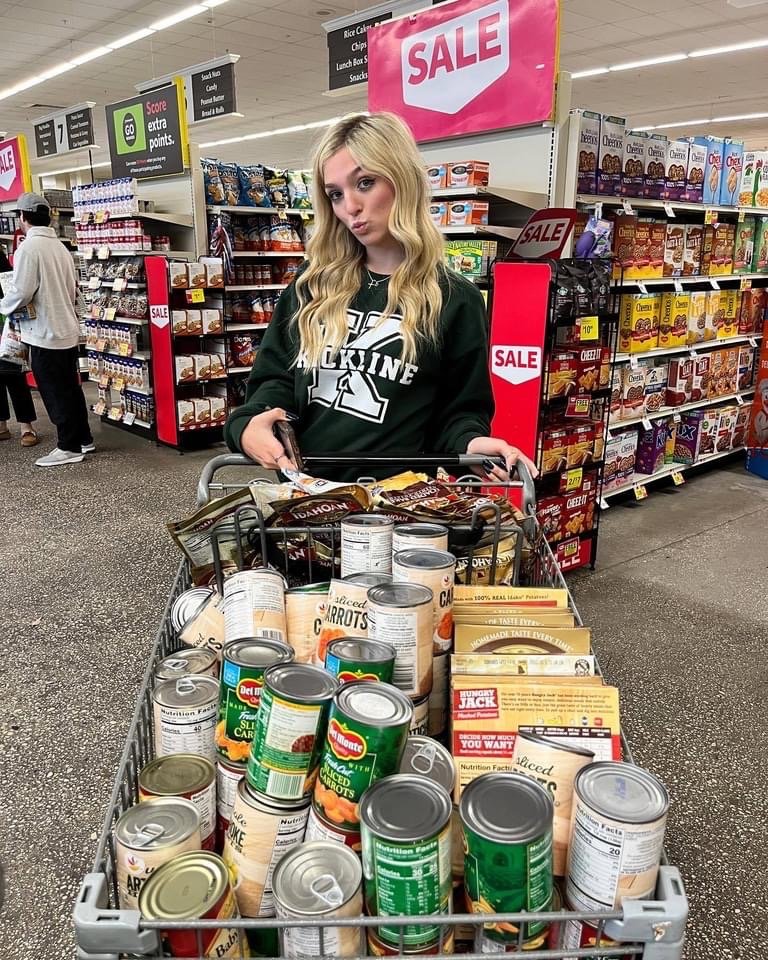 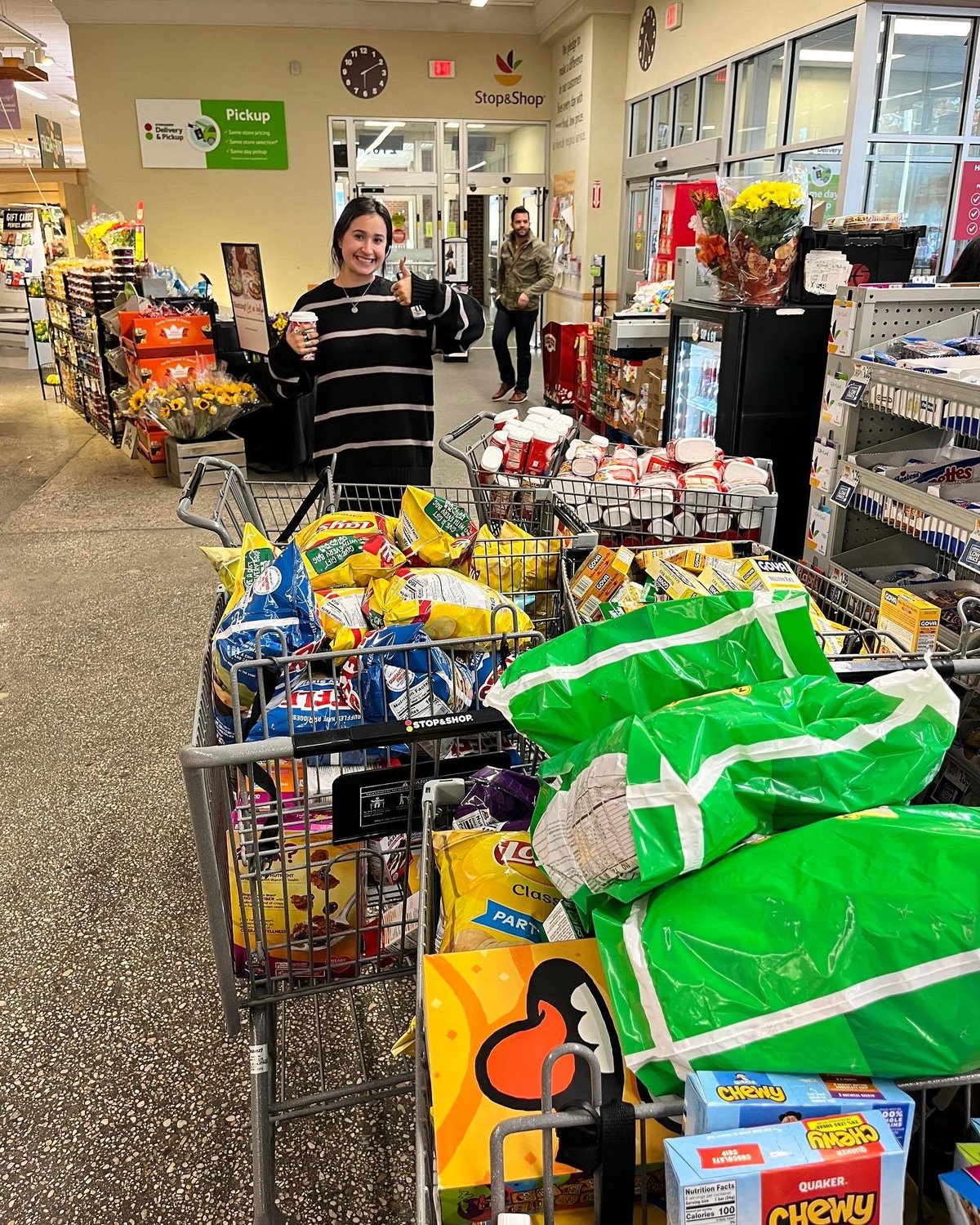 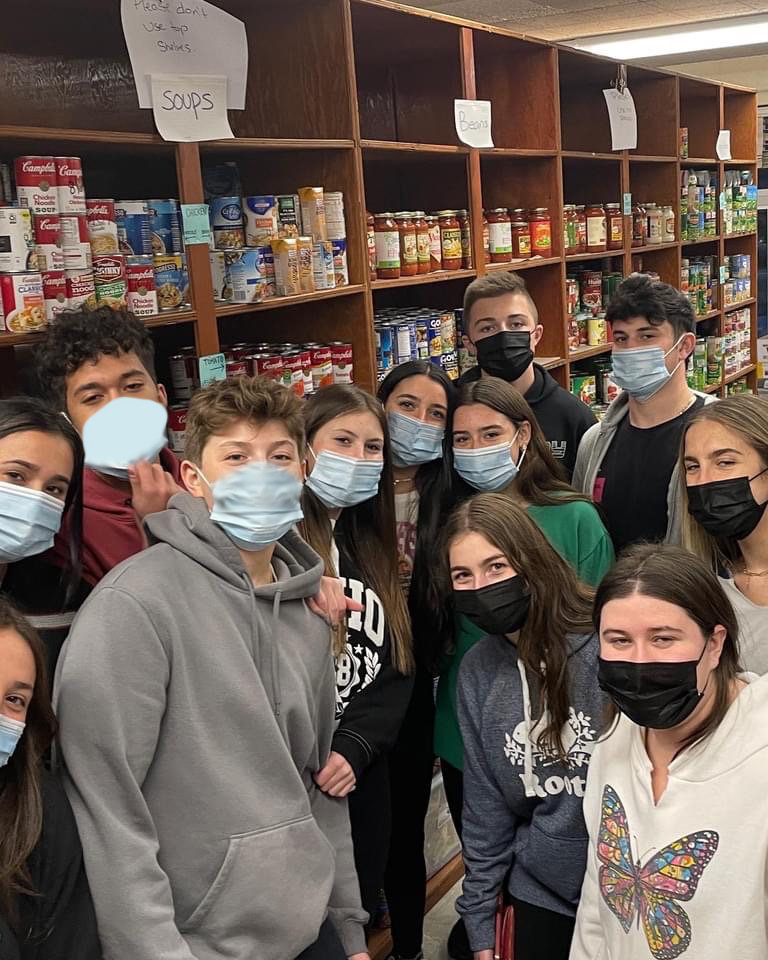 I love that feeling that you get from doing good things, and helping others.”
Nicole Giordano, Student government community service co-coordinator
By Jordan Vallone

At John F. Kennedy High School in Bellmore, the student government raised nearly $7,000 in just two weeks to fund a food drive for the Bellmore-Merrick Central High School District’s Community Cupboard ahead of the holiday season.

The Community Cupboard is the district’s food pantry, at the Brookside School in Merrick. It serves family in the district who are in need of financial support. The Cupboard is run by volunteer faculty members and students.

At JFK High, the student government always organizes a yearly food drive in support of the Cupboard, but since the start of the coronavirus pandemic, traditional food drives have been challenging. “Prior to Covid, we used to have a food drive by soliciting outside of supermarkets,” explained Layla Schechner, 17, of Bellmore, a senior at Kennedy and a student government community service co-coordinator. “On the way out of the store, [shoppers] would donate food. Post-Covid, we’ve had to take alternative routes, but I think we had a good outcome.”

“We had to adapt,” Nicole Giordano, 16, of Bellmore, added. Giordano is a junior at Kennedy, and the other community service co-coordinator.

The government decided that this year, instead of soliciting food donations, its members would accept monetary donations and use them to go shopping. Using the Venmo app, they started collecting money on Nov. 1, and in two weeks they collected $6,785.

“Everyone has Venmo nowadays,” Giordano said. “We made a Venmo chart for social media, and there were boxes that had certain amounts of money, from $1 to $10.”

The chart was shared with Kennedy alumni as well as current student government members. They posted it on their social media accounts, along with their Venmo usernames. Anyone who was interested in donating money was able to do so. As people donated, the chart was filled in with their names.

Nicole Rosen, the student government president, emphasized that the money members raised would not have been possible without the support of the alumni who participated. “We were really fortunate to have such awesome alumni,” Rosen, 17 of Merrick, said. “We sent them a simple chart and they were able to raise $4,000. Current students were able to raise around $2,000.

“We really just used social media,” Rosen added. “It was the most successful food drive to date.”

With the donated funds, the students went on a shopping trip to the Stop & Shop in Merrick, and bought Thanksgiving and other holiday food items. Each year, the Cupboard designates which schools will collect certain food items, and this year Kennedy collected groceries such as rice, couscous, pasta, stuffing and mashed potatoes.

The students were also able to purchase $90 gift cards for every family that receives food from the Cupboard.

Schechner, Giordano and Rosen all said they had been involved in student government since they were freshman, and that running food drives, especially around the holidays, is what makes their time with the organization so important and worthwhile.

“Community service has always been something I love doing — especially when it’s hands on,” Schechner said.

“I love it because I just love helping people,” Giordano said. “I love that feeling that you get from doing good things, and helping others.”

Rosen added that along with community service, student government has allowed her to make an impact and have a voice throughout her years at Kennedy.

“It’s really important for students to have a voice in school and the community,” Rosen explained. “And to do something like a food drive — and to raise over $6,000 — to have that impact is so surreal.”

Referring to all the students and alumni who took part in the effort, Schechner noted that the student government couldn’t be more thankful for the support. “We’re really grateful for the alumni and general council members,” she said. “Students are really involved at Kennedy. We’re very grateful — just very thankful.”