Kennedy, Calhoun could vie for conference 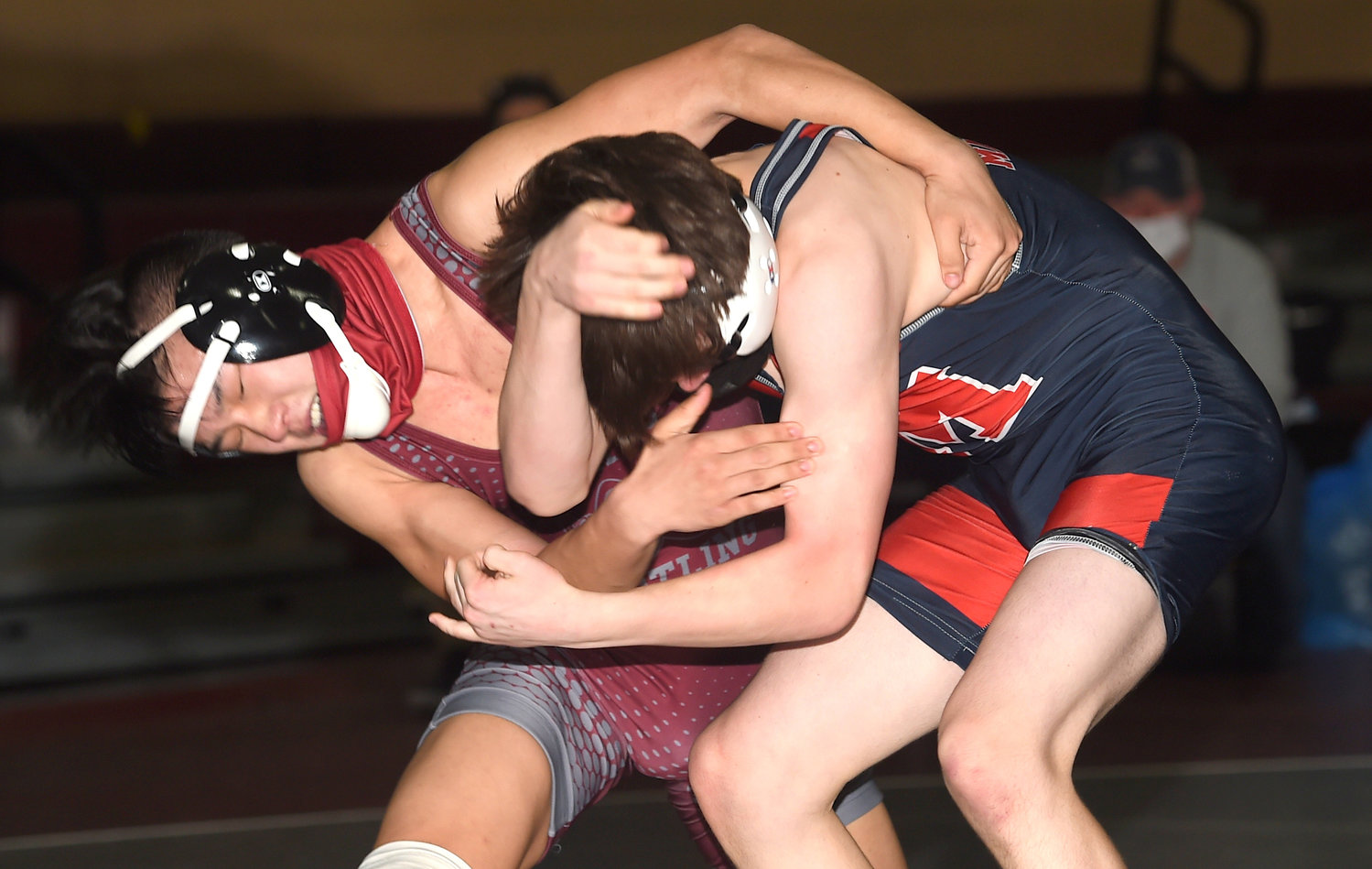 If results go according to rankings on paper, the battle for the Nassau Conference 3A wrestling title will come down to a showdown between Kennedy and Calhoun on Jan. 12.
Kennedy, which hosts the 7 p.m. regular-season finale, boasts a starting lineup consisting of mostly juniors, while Calhoun brings a dozen seniors to the fold this season after rostering just two last winter.
“It’s a large senior group we had as freshmen and they want to finish strong,” Calhoun coach Pete Marques said. “We’re off to a nice start.”
The Colts placed second in Bellmore-Merrick’s 45th annual Sprig Gardner Tournament, second in East Meadow’s tourney and third at South Side’s event. Junior Ray Adams (126 pounds) won the Sprig and South Side to lead the way. Seniors Jordan Burr (160) and Michael Patti (189) also earned tournament titles at South Side, while junior Andrew Foy (215) kicked off the campaign by capturing the Battle at the Beach Tournament in Long Beach.
Adams is ranked No. 2 in Nassau County at 118, where he’ll compete down the stretch and into the postseason. Burr is ranked fourth, Foy is ranked fifth, and senior John Bernhardi is ranked sixth at 170. Patti and senior Joe Scandaglia (152) are also keys to Calhoun’s success, Marques noted.


Kennedy coach Brian DeGaetano is encouraged by the Cougars’ 8-0 start in dual meets. “Between injuries and Covid, you just want to keep the lineup intact,” DeGaetano said. “The kids are doing a great job of doing everything in their power to stay healthy. I’m excited about our potential.”
Sophomore Brandon Goldstein was one of Kennedy’s three finalists in the Sprig and its only victor. He defeated Lawrence’s Andres Valle in a thrilling 285-pound title bout, 6-4 in overtime. Goldstein also knocked off Mepham’s Miguel Rivera in the semis, 4-1.
Junior Jefferson Cruz (102) and sophomore JJ Pizzirusso (118) both came within an eyelash of Sprig titles. Both lost 3-2 in the finals. “They’re practice partners and both have All-County potential,” DeGaetano said.
Senior Chris Tonico is a three-time All-Conference grappler looking to reach the All-County podium in February. He along with juniors Nick Jaramillo and Brian Shindel operate in the 138-145 range. Junior Josh Amiel has made an amazing body transformation, DeGaetano said, and is raking at 285 with 11 wins in December including a handful in the Sprig to take third.
Mepham, coached by Ken Richards, navigated a rough dual meet schedule in December which included perennial county contenders Long Beach and MacArthur. The Pirates finished third in the Sprig led by finalists Christopher Guarascio (132) and Sebastian Alvarez (160.)
“We’re a very young team with only five seniors,” Richards explained.
Juniors Owen Trenkle (126) and Dylan Dunn (132) captured tournament titles at MacArthur. Eighth-grader Chris Notti (110) has placed in three tournaments, including a runner-up showing at South Side. Sophomore Devin Greene (138) is also off to a strong start. Richards is hopeful Rivera, who injured his foot in the Sprig, can return in time for the county qualifier.