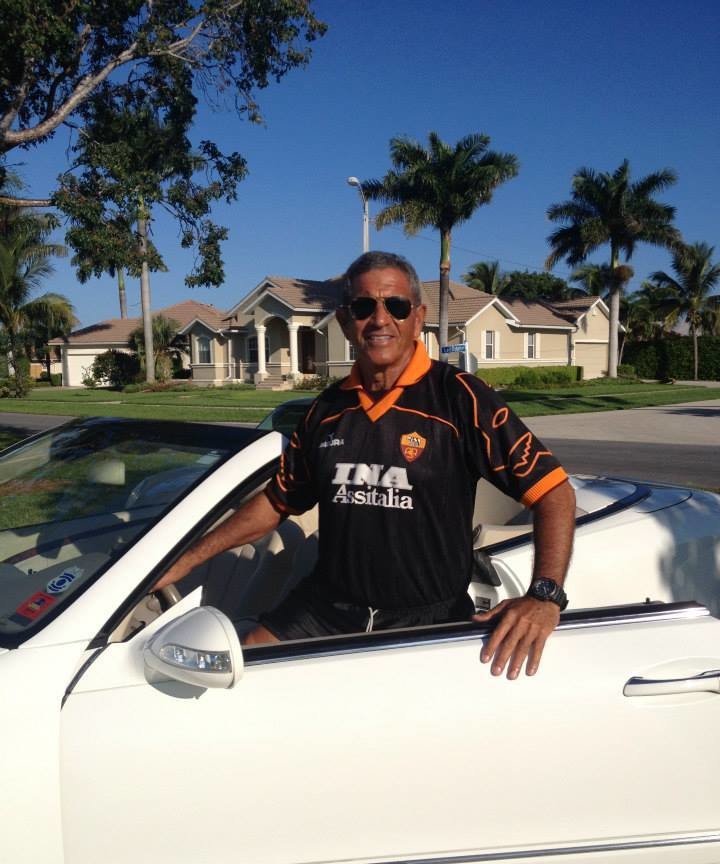 The Eastern New York Youth Soccer Association announced this week that Rocco Morelli, of North Bellmore, is the association’s Personality of the Month for October.

A proud Italian-American, Morelli was born in Calabria, on the “toe” of Italy, according to ENYYSA. His father came to the U.S., and Morelli joined him at age 15. He demonstrated such soccer skills as a youth, that he played for adult teams in the Italian-American Soccer League.

In college, Morelli played for two years at the College of Staten Island, where he was selected as All-American, then transferred to the University of Maryland, where he received All-American and All-Atlantic Coast Conference honors, and made the NCAA record books in 1968, scoring four goals on four shots in the final.

Morelli is the only player to have ever scored six goals on only six shots of the NCAA tournament, according to ENYYSA, and is the third all-time leading scorer in the history of Maryland men’s soccer.

He later became a successful coach, with six years coaching for Eastern New York’s Olympic Development Program and six years as the head coach for the Long Island Junior Soccer League Academy. He coached both the New York Maritime and Polytechnic University men’s teams. With Maritime, he was honored with the 2007 New York Metro NISOA chapter Sportsmanship Award and as 2010 Skyline Conference Coach of the Year. Morelli also holds an “A” License, plus the United Soccer Coaches State, Regional, Youth National, National, Advanced National, Premier and Professional Development licenses.

Morelli and his wife Dalia raised four children at their home in North Bellmore. His daughters were interested in the arts while growing up while his played soccer — the boys played goalkeeper for LIU Post and Molloy College respectively over a decade ago.

After Morelli’s wife Dalia died of cancer in 2004, the family has funded a LIJSL scholarship in her name for the past 14 years. Morelli was also inducted into the Eastern New York Soccer Hall of Fame in 2007 for all his good works.

While vacationing in his native country, Morelli was reading about the tens of thousands of immigrants from Libya and Tunisia who have arrived in Italy, fleeing the unrest in their home countries. Many of these immigrants did not have money or anything to occupy their time, resulting in increased crime and other associated issues in many parts of the country.

Seeing the need, he gathered over 30 immigrants from eight different African countries together, purchased uniforms and soccer gear for them and provided hours of soccer training each day of his vacation for the past five summers. Morelli became the mentor and father figure for these immigrants, helping and advising them in all aspects of their life, according to ENYYSA.

Morelli also has worked with underprivileged youth in Hempstead, with a free program that offers all day soccer clinics for over 250 youths from ages 8-16. He also has held clinics for a series of other camps from churches and schools for another 650 youth, and the players were featured on TV channel Telecare. All the players, whether in Hempstead or in Italy, receive T-shirts courtesy of ENYYSA.

With over 100,000 youth soccer players––both boys and girls––and more than 25,000 volunteers, the non-profit ENYYSA stretches from Montauk Point to the Canadian border. Members are affiliated with 11 leagues throughout the association, which covers the entire state of New York east of Route 81. ENYYSA exists to promote and enhance the game of soccer for children and teenagers between the ages of 5 and 19, and to encourage the healthy development of youth players, coaches, referees and administrators. All levels of soccer are offered––from intramural, travel team and premier players as well as Children With Special Needs. No child who wants to play soccer is turned away. ENYYSA is a proud member of the United States Soccer Federation and United States Youth Soccer Association. For more information, please log on to www.enysoccer.com/, which receives nearly 300,000 hits annually from the growing soccer community.