Residents to take American Water to court over rates 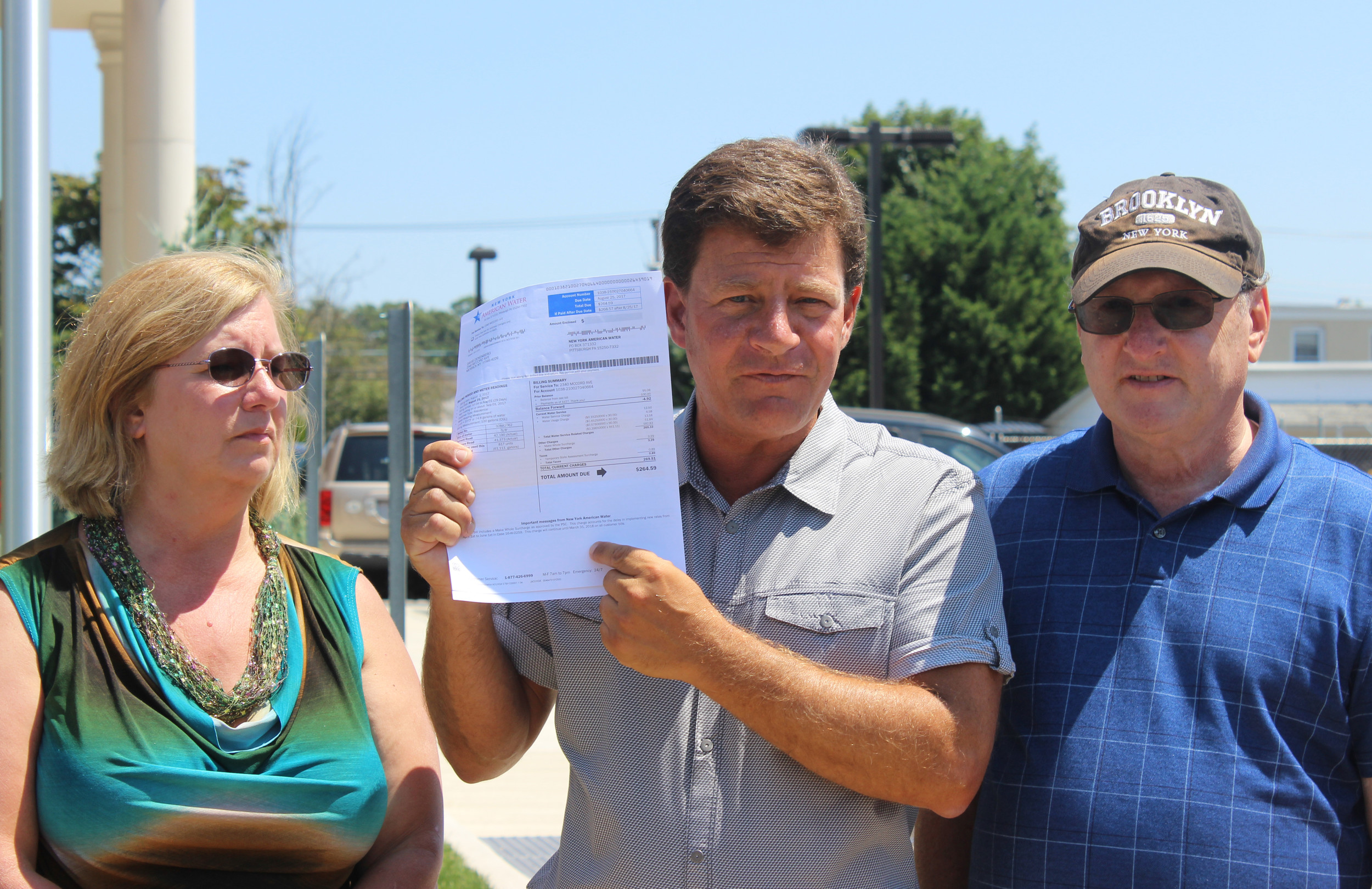 In the wake of the New York Public Service Commission’s May 19 approval of New York American Water’s $3.63 million rate increase, an outpouring of opposition has come from the utility’s ratepayers.

NYAW is a private company, and must pay property taxes. But the company passes those taxes on to its

“I, for one, am tired of being the cash cow for the town and county and paying bills that are giving American Water record profits,” said Susan Melnick, of Merrick, who attended an Aug. 2 meeting with the activist group Long Island Clean Air Water and Soil, at which NYAW customers discussed ways to fight back against its rising rates.

Claudia Borecky and Dave Denenberg, LICAWS’ co-founders, announced at the meeting that they would take legal action on the grounds that the approved rate increases would pierce the state property tax cap. They also intend to file a class action lawsuit against the Town of Hempstead on the grounds that it is unconstitutional for many town residents who are served by NYAW to pay property taxes while others, who are municipal customers, do not.

LICAWS held a press conference outside NYAW’s office in Merrick on Aug. 9, at which Denenberg showed the Herald his July water bill. It totaled $264.59, and roughly half of the bill was for NYAW’s property taxes.

“We are asking the Sea Cliff District to join us … to show that this is unconstitutional,” said Denenberg, referring to NYAW customers in the Town of Oyster Bay, who are seeing even higher increases. According to Carmen Tierno, president of NYAW, roughly 70 percent of Oyster Bay residents’ water bills go toward the company’s $36 million annual property taxes.

Tierno said that he understands his customers’ frustrations, and has attended several meetings with Sea Cliff customers and local lawmakers to try to come up with a solution. “I don’t like being a tax collector,” He said at an Aug. 9 meeting, “and I have been talking to many of the legislators in this room. We will do anything we can to help change that

Denenberg said that fighting the increase boils down to two options: taking legal action or appealing to the state government to amend the property tax law to make NYAW exempt from property taxes.

Denenberg and Borecky met with the PSC and NYAW in March at an evidentiary hearing in Albany, where Denenberg said he hoped they could come up with a compromise. However, the results left him and Borecky unsatisfied. “The Public Service Commission ignored the people and supported the company,” Denenberg said.

LICAWS argued at the hearing that a NYAM rate increases would pierce the state property tax cap, and that such taxes are unconstitutional. In May, the PSC ruled that the tax-cap “argument lacks merit,” concluding that NYAW is allowed to pierce the 2 percent cap to fund ongoing construction and technical projects, as long as it refunds its customers. In the past, NYAW has refunded roughly $20.5 million to customers, the PSC noted. And, its members said, the commission has no jurisdiction when it comes to the constitutionality argument.

The lawsuit LICAWS plans to file is known as an Article 78, and it seeks to repeal a decision made by a government agency. In order to file the suit, however, LICAWS must raise $25,000 to pay for legal costs by Sept. 15, 119 days after the original decision.

“I gave my hundred, my friend gave a hundred,” said Gary Gilbert, 65, of Bellmore, adding that what the PSC is allowing “is just not a fair game.”