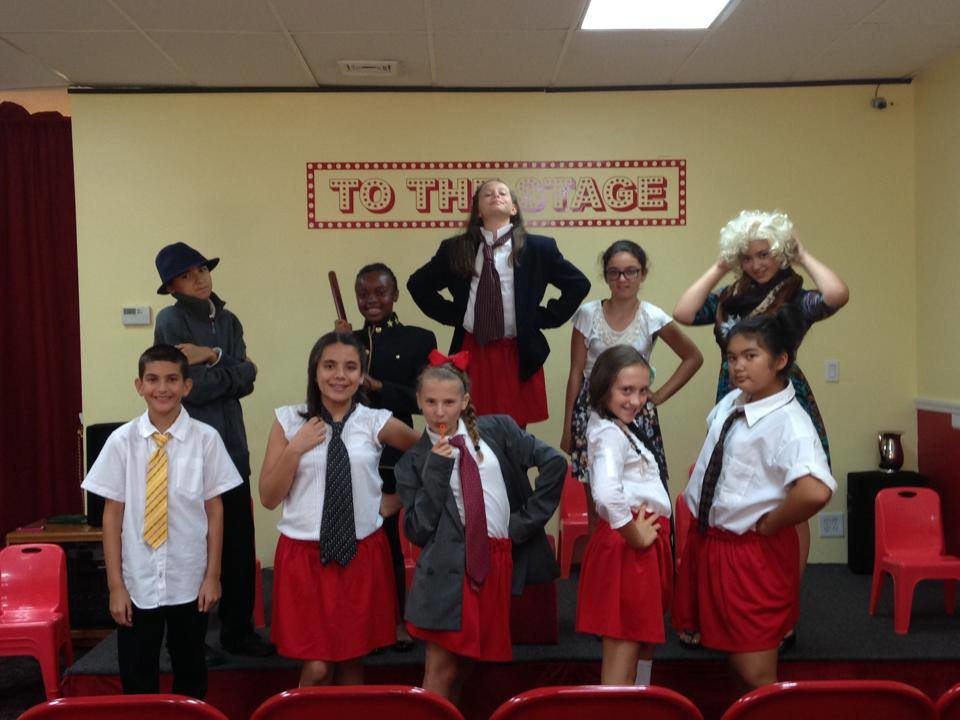 To the Stage students performed in “Matilda.”
Courtesy Courtney Pincus 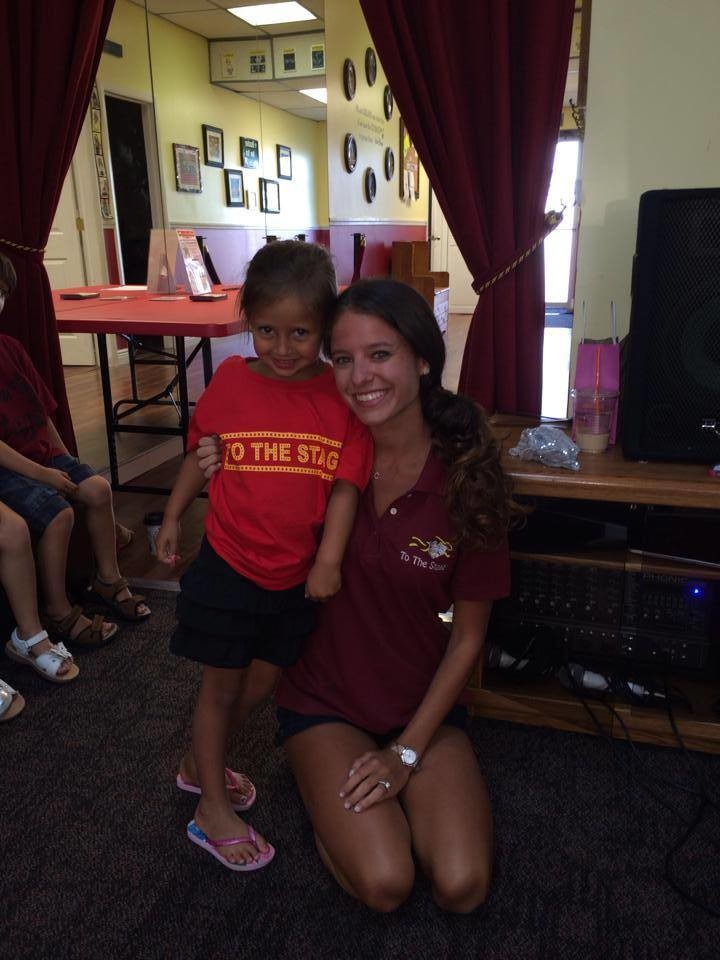 When Courtney Pincus was a student at Oceanside High School, she always said she would start a performing arts school called To The Stage. The name comes from a lyric in the song “La Vie Boheme” from the musical “Rent.”

Pincus, now 25, started a performing arts school right in her hometown. The school started with about 20 students and classes took place at St. Anthony’s for the first two years.

“When I graduated college I really wanted to create something that could build children’s confidence, and not be so competitive about who gets a lead part,” Pincus said. “But really building self-esteem, and making every kid shine and feel like a star.”

In 2013, To The Stage moved to its current location, a storefront at 2903 Long Beach Road. The school now has about 80 students with classes in singing and acting, and musical productions. To The Stage also hosts birthday parties and pajama sign-along parties.

Pincus teaches every class and has Oceanside High School students act as assistant teachers. Pincus’ mother, Pam, is the business manager. “She works really hard to get the business end going,” Pincus said. “Because I’m more of the creative part, I’m not so good with money.”

Pincus’ fiancée, father and brothers built the stage at the school’s current location and they do the sound and lights for all of the shows. “It’s really like a family business,” Pincus said.

“When I was growing up, I noticed that there really was not any theatre programs around here,” Pincus said. “There was really a lack of theatre schools and theatre education. And the ones that we did have were very, very competitive.”

Pincus said her first role was Dorothy in “The Wizard of Oz” at school 9E. She graduated Oceanside High School in 2007, and SUNY New Paltz in 2011 with a degree in Theatre. After graduation, she did television acting and modeling. “Once I brought the place here, I stopped that,” Pincus said. “Because I really wanted to work on getting kids to be able to do that. And kind of I had enough of myself. I got more out of helping kids do it.”