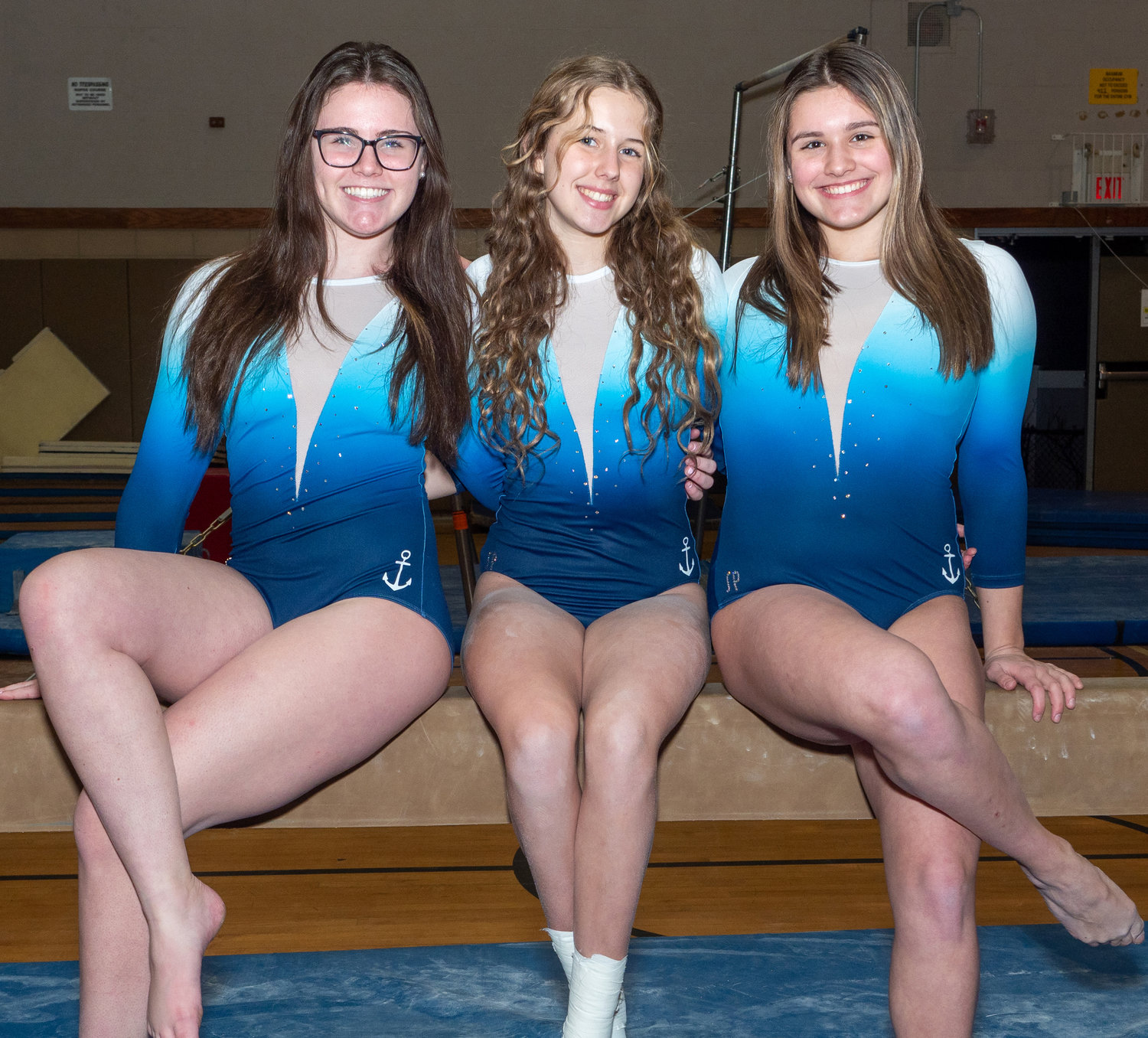 Oceanside, still with an influx of youth, is making considerable progress under second-year coach Dakota Ejens and is focused on qualifying for the Nassau gymnastics team championships set for Feb. 16 at Syosset.

“Last year was very exciting and I learned a lot as a coach along the way,” said Ejens, who previously served as a varsity assistant at Long Beach where she spent six seasons as a gymnast and graduated in 2017. “We were competitive but just missed making the team championships, so that’s our big goal this season,” she added.

The top 8 scoring teams qualify for the county meet and the Sailors (4-4) sit in seventh place with four regular-season meets remaining with an average score of 155.575. After the top regular-season score is dropped for each team, the next four scores are averaged to determine the top 8. Oceanside was ninth last winter with an average of 154.4.

“Our scores are better this season and we have the potential to score even higher,” Ejens said. “The girls are more confident and are really motivating each other.”

“We’ve progressed consistently and beating Port Washington was important,” Ejens said. “It was an hour-long bus ride but the girls knew it was a big meet and they were ready to compete and stayed positive.”

Brew is Oceanside’s lone returning state meet qualifier and she’s looking to return to that stage and compete in multiple events after performing floor exercise as a freshman. The state meet is March 3-4 in Buffalo.

“Catherine is a great all-around gymnast and states was an eye opener for her,” Ejens said. “She’s pushed herself to another level by adding difficulty to her routines.” Brew averages a 9.1 on floor and is thriving on beam and vault as well. “Her floor is so upbeat and it gets all of her teammates engaged.”

Radef, a captain along with classmate Ellie Morgan, has upped her scores in all four events and is on the cusp of attaining a personal goal of scoring a 9 on floor.

Loscalzo’s floor routine is another showstopper, Ejens said, based around Nirvana’s Smells Like Teen Spirit, and has her knocking on the door for the county qualifier meet Feb. 14 at Carle Place. “Sofia is one of the youngest girls on the team but is an absolute leader,” Ejens said.

Senior Abby Gehrig is an explosive vaulter who scores 8-plus, and junior Elizabeth Barr is a powerful tumbler on floor who’s looking to break a 9 in the event. Barr also scores high on vault and beam, Ejens said.

Eighth-graders Isabella Mannino and Bobbi Throne are making a name for themselves on the varsity scoresheet after leading the Middle School team last season. Mannino has been “explosive,” the coach noted, and Throne is displaying smooth form on beam.