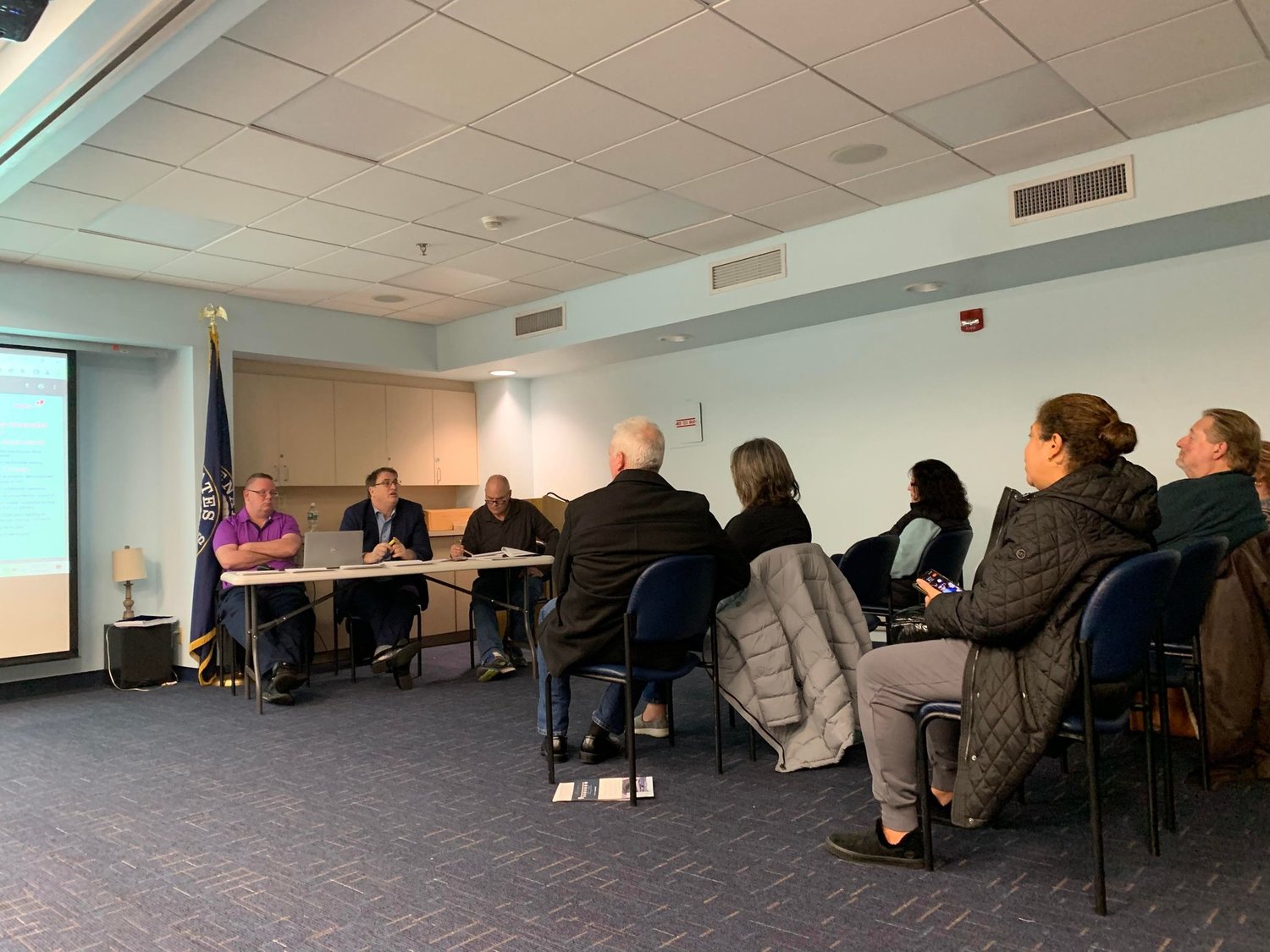 Thursday, Jan. 19, 7 p.m.: The substation will be discussed, and a representative from Equinor should be in attendance.

Monday, Feb. 13, 7 p.m.: The topic will be the Equinor project’s environmental impacts and community benefits.

Tuesday, Feb. 28, 7 p.m.: Open public meeting, at which questions from the public will be addressed.

All meeting are held in the second-floor community room of the Island Park Public Library.

Green energy is coming to Island Park, but residents are waiting to see what they, the village and the schools will see in the way of a “community benefits” package from Equinor, the multibillion-dollar energy company partnering with BP on an offshore wind farm off the South Shore.

Members of the Island Park Civic Association’s new Island Park/Equinor Windmill Committee were joined by Board of Education President Jack Vobius and Mayor Michael McGinty at a civic association meeting at the public library on Jan. 5.

The committee, created to educate the public on Equinor’s massive Empire Wind project, set to be completed in 2025, is working to arrive at a consensus in the village about what people would like to see in a benefits package. In pamphlets distributed at Equinor’s meeting in Island Park last November, an Equinor slideshow photo stated that $52 million would be available for a community benefits package, to be allocated to Long Beach and Island Park, which would be most closely impacted by the project.

Committee members said that they believe this total is low, considering that the Town of East Hampton has been promised $29 million for 15 offshore wind turbines that Orsted U.S. Offshore Wind and Eversource partners are in the process of building. Empire Wind, in contrast, will involve 174 turbines spread across 80,000 acres of Long Island coast, as well as a substation on land.

“This is, to me, is a once-in-a-lifetime opportunity,” committee member Richard Schurin said. “They’re making huge investments — I mean, huge, billion-dollar investments in this project — and they need us. They have to come to this village and come to this town. … And they’re changing the nature of this community, with their substation and everything else. And, you know, we’re entitled to be compensated, as far as I’m concerned.”

Vobius said that the school board is offering any assistant it can provide. “Our main interest is keeping the taxes low,” he said. “We lost a lot of money during the LIPA agreement, so we’re trying to bridge that gap, at least as much as possible.

“At the end of the day,” Vobius continued, “whatever the amount of money is, if it goes toward alleviating property taxes instead of building a park, it’s going to the taxpayers … we’re just going to try and keep the property tax situation in mind.”

“I’m here to get as much information as I can,” McGinty added. “This is one of those things you’re learning every day.” McGinty did say, however, that he thought it was too early in the process to know what the village should get out of a benefits package.

“Equinor is at the beginning of the process,” Harrison Feuer, Equinor’s New York director of public affairs, wrote in a statement on Monday, “and we are actively seeking input from both municipal and community leadership. We will continue to evaluate any opportunities to have a positive impact, and look forward to working with the community as the process moves forward. We remain committed to working with municipal and community leaders to identify needs, impacts, and a number of other factors that will be determinative in our process.”

Equinor also stated that Island Park and Long Beach would be treated as separate entities during the process of determining community benefits.