Kirsimäe brings stories to life on the stage 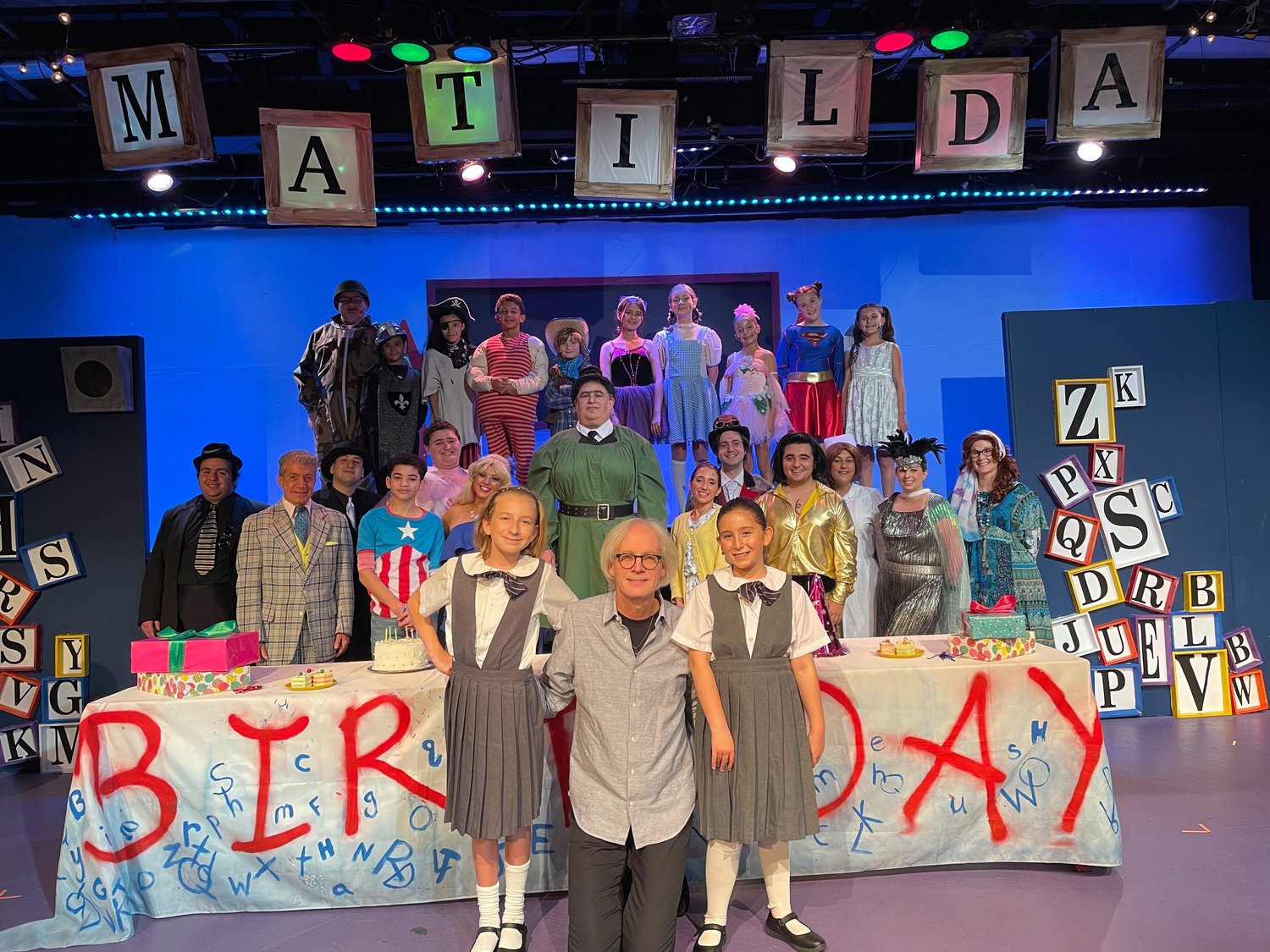 Tarmo Kirsimäe, bottom center, joined the cast of the musical ‘Matilda,’ based on the novel by Roald Dahl. The musical and its venue, Merrick Theatre & Center for the Arts, won Broadway World accolades.
Courtesy Tarmo Kirsimäe 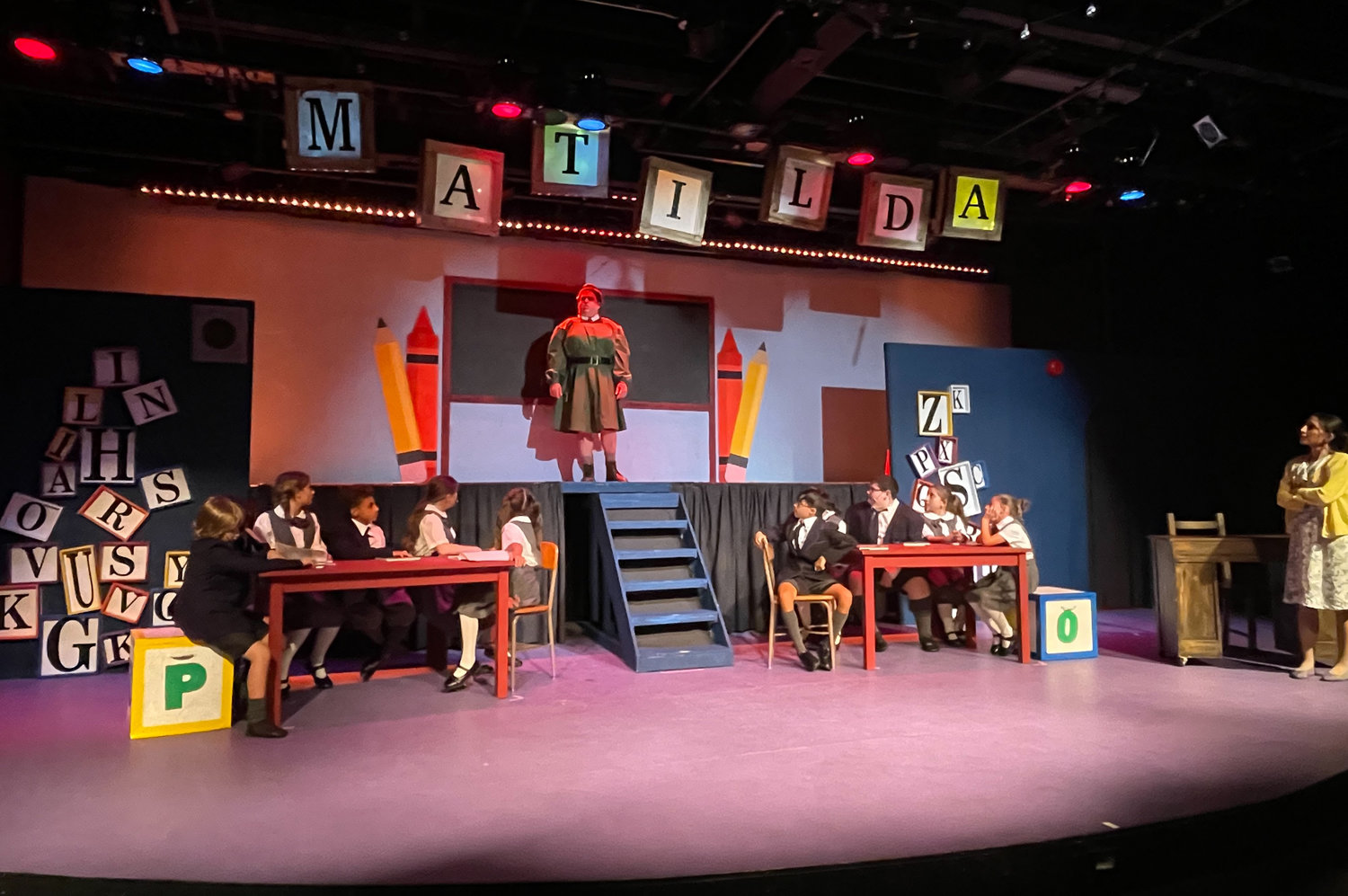 At a key moment in ‘Matilda,’ at the Merrick Theatre & Center for the Arts, the intense Miss Trunchbull, played by Jay Braiman, enters the classroom.
Courtesy Tarmo Kirsimäe
Previous Next
By Karina Kovac

“Matilda the Musical” brings the young Matilda Wormwood to life from the popular Roald Dahl novel. And the play has done wonders for Tarmo Kirsimäe as well, who has won nine Broadway World awards, including best musical, direction, light and sound.

If that weren’t enough, the venue that hosted the Oceanside native’s production — Merrick Theatre & Center for the Arts — was voted favorite local theater.

With a career spanning decades, Kirsimäe has made it his mission to continually bring stories like that of Matilda to life on the stage. And put smiles on the faces of audiences at the same time.

Those skills, he said, “comes in handy in terms of human behavior and people’s relationships, and what their motivations are to say certain things.”

But the theater is an elusive mistress. One of the things that Kirsimäe can’t anticipate is audience reactions while watching the show.

“Theatre is a very subjective experience,” he said, “What one person likes and responds to, somebody else may not.”

The best he can do is watch the performers practice over and over to see what is “working,” and what is not.

“If I’m moved by what they’re doing — moved to the point where I’m feeling something — then I know I’m going in the right direction,” Kirsimäe said. “If this is the 50th time I’ve seen the scene, but if they’re doing it in a way that’s really effective, I’m going to be moved by it. Then I know I’m on the right track. And then I keep my fingers crossed that the audience is going to respond as well.”

People skills especially helps as a director, particularly when helming a musical because of the wide array of people Kirsimäe must work with. In addition to the performers, he’s responsible for communicating directly with the musical director, choreographer, lighting designer, sound designer, costumer and stage manager.

Working together as a team paid off, and “Matilda” was a hit when it took the stage last August and September. Kirsimäe was honored people enjoyed the show, voting online for it in a number of categories created by the industry magazine.

But Kirsimäe was even more pleased about the renewed spotlight on community theater. Directing and performing at the Merrick theater for more than 20 years, life at the venue has not been the same since the pandemic. He hopes audiences soon return to the inexpensive and entertaining experience.

“I’m really glad that Merrick — in addition to the nine awards that I got — that the theater was also voted as the best local theater on Long Island,” Kirsimäe said. “I’m really happy about that. And I hope that that will be an impetus for them to decide to mount additional theater. That would make me very happy.”