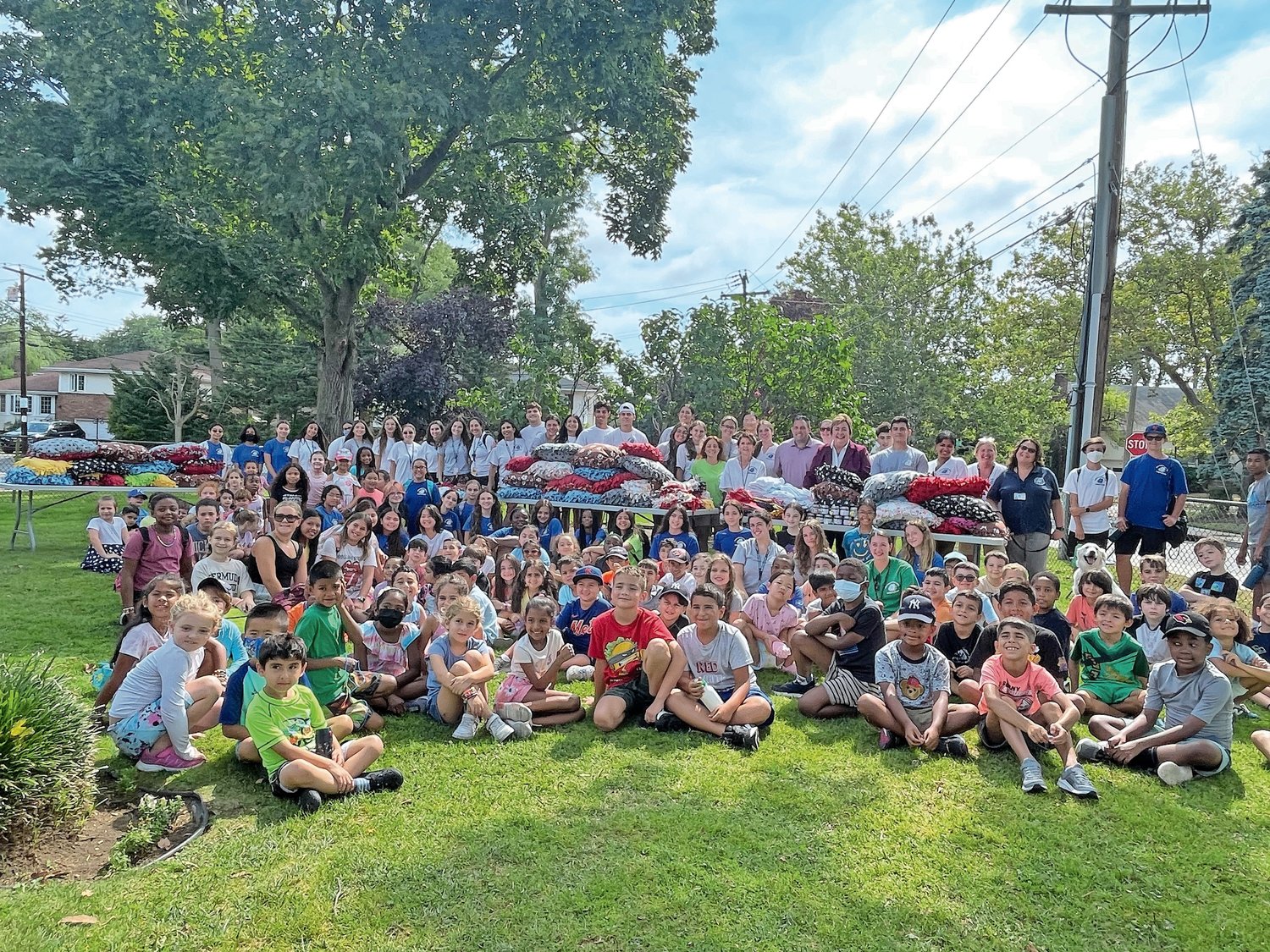 Summer Play School campers at Ogden Elementary made an assortment of items for dogs and cats that were donated to animal shelters across Nassau County.
Jeffrey Bessen/Herald 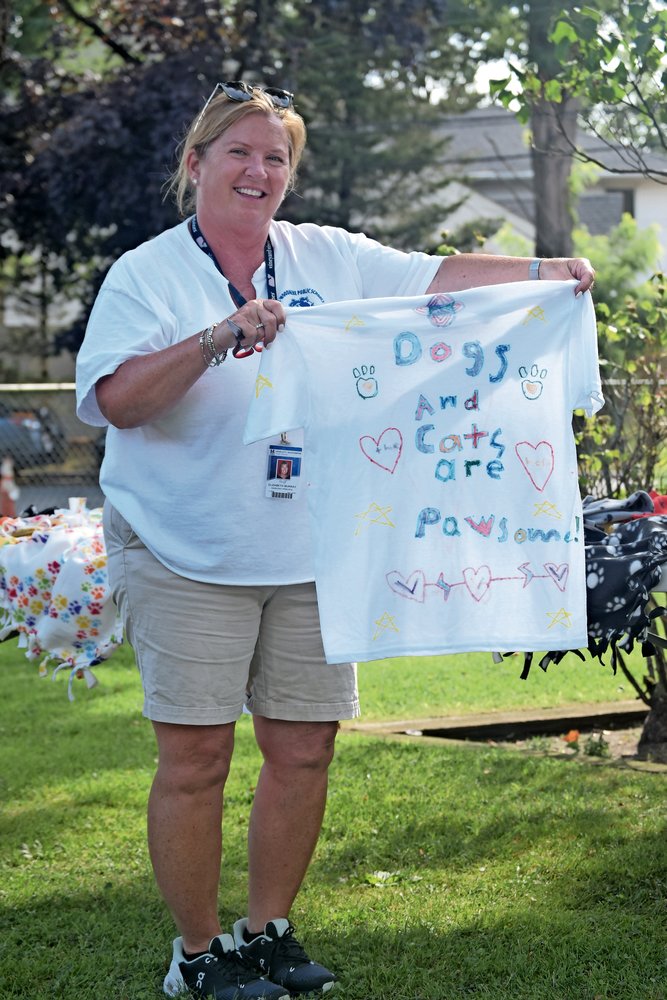 Ogden Elementary School Assistant Principal Elizabeth Murray held one of the T-shirts the campers made for the animals.
Jeffrey Bessen/Herald
Previous Next
By Jeff Bessen

There were 140 bandanas, 90 treat jars, 55 T-shirts, 50 blankets, 35 beds and 15 pillows made by the children who took part in the Hewlett-Woodmere School District Summer Play School day camp class led by Dorothy LoGuidice.

The items were not going to a store nor are they being sold as a camp or school fundraiser, or are for people. Roughly 50 campers made the items to be donated to animal shelters across Nassau County, including Bobbi and the Strays in the Freeport, the North Shore Animal League in Port Washington, Ruff House Rescue in Island Park and the Town of Hempstead Animal Shelter in Wantagh.

Ogden Elementary School is the camp’s headquarters and on a day that illustrated summer with its sun and heat, the children were celebrated for their work with a visit from Penny the dog and Gelsy Freese from the town’s Animal Shelter, along with Councilman Anthony D’Esposito and Town Clerk Kate Murray on July 28.

“This was a great learning experience for them and they like the giving aspect,” Dorothy LoGuidice said about her youthful creators.

LoGuidice, a teacher’s aide in the school district for 18 years and an instructor at the camp for the past decade, said she submitted a proposal for this new camp class to Ogden Principal Dina Anzalone and the school’s Assistant Principal Elizabeth Murray, who oversee the camp.

“They made this happen,” LoGuidice said, adding the children were “only too happy” to help as many of them have dogs and cats at home.

Campers Ashley Apicella and Amy Shteinberg, both 9, translated their love for their pets to their involvement in the project. “I made a blanket, so the dogs could be warm who don’t have a family or anybody there to comfort them,” said Apicella, who has two dogs at home — Buddy, 11, and Maggie — whose age is unknown. “I put all my love into it for my dogs because I love them,” Apicella added, noting that she also made melty beads in the shape of a dolphin for her dog’s collar.

With a three-year-old cat at home named “Malysh” at home — the Russian word for little — Shteinberg felt the tug of compassion. “I helped do the dog beds and I enjoy doing it because I love animals and I love the helping them,” she said. I enjoyed it, it was fun and it made me feel happy because I love helping animals.”

Freese, who does pet therapy and humane education at the town’s animal shelter, gave the campers a brief lesson on safety tips when encountering an unfamiliar dog, such as asking the person “Is your dog friendly,” before trying to pet the canine. Holding Penny, Freese spoke about helping the animals find a “forever home.”

D’Esposito and Murray praised the children for their efforts. “I think it’s important, it’s good to show that animals are important and dogs are very important,” Shteinberg said about the event. “You should treat them nicely and it’s good that we are giving dog beds to the animal shelter.”