Opening the doors at 325 Prospect Avenue 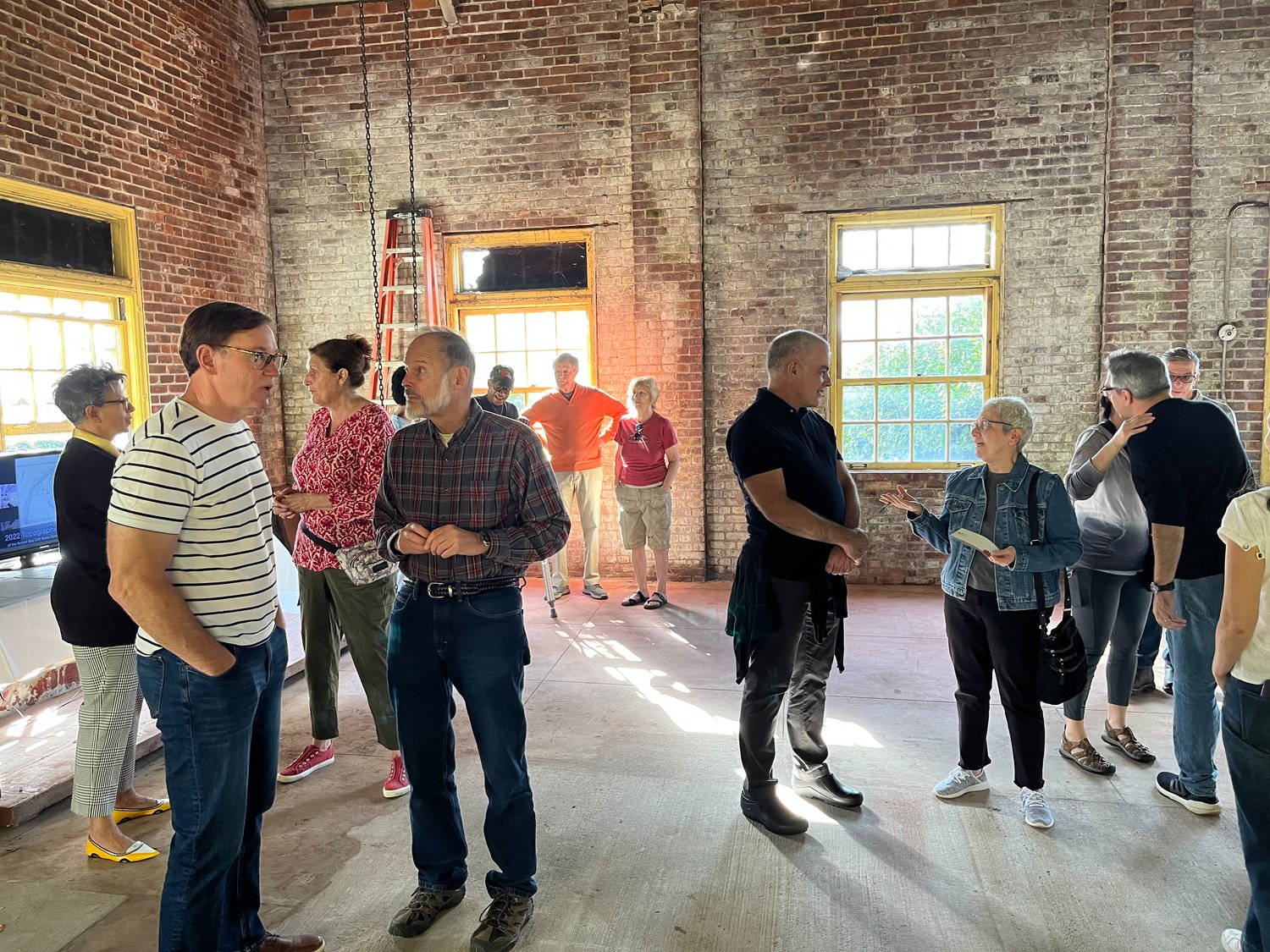 Dozens of community members came out Saturday to view the space at 325 Prospect Avenue.
Will Sheeline/Herald 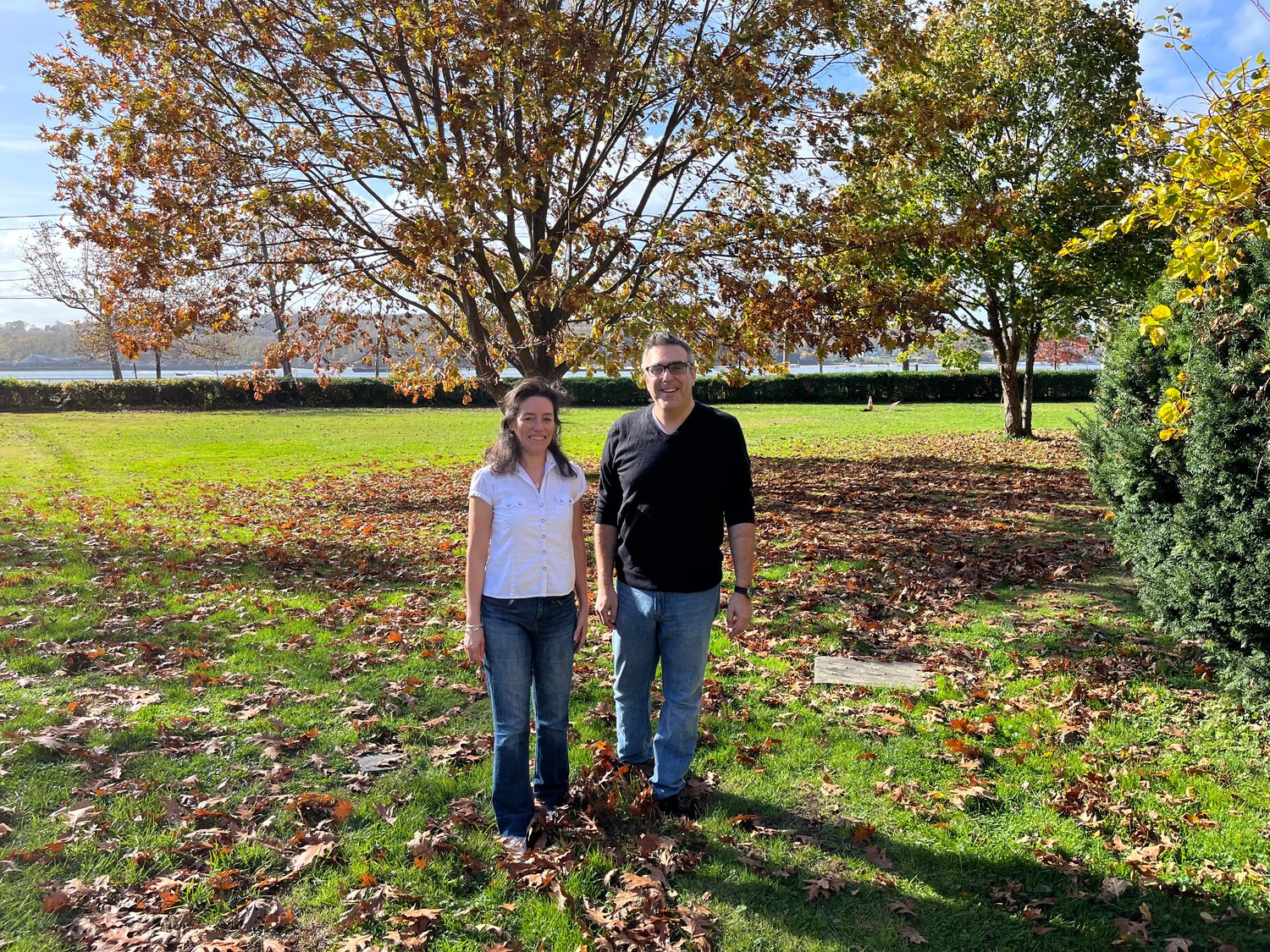 Residents like Sea Cliff village board member Nick Pinto and his wife Monica had the opportunity to explore the grounds as well as the pump diesel building at the open house for 325 Prospect Avenue.
Will Sheeline/Herald
Previous Next

Sea Cliff residents were given an opportunity to stop by the 325 Prospect Avenue property and get their first look at the inside of the first of the two old buildings which will be renovated for community use. This marked the first opportunity for non-325 Committee members to inspect the property and look at some potential designs for the new interior of the site’s former diesel pump station. It was also a chance to begin to narrow down what the community wanted to use the space for.

Dozens of people wandered through the building talking with committee members and local officials about the state of the building repairs and exchanging ideas about how to make best use of the space.

Two residents, Lisa Harir and Lynda Aron, explained how exciting it was to imagine all the possibilities the building offered, but also how important it was for historical integrity.

“It’s very amazing, and very Sea Cliff,” Harir said. “I hope we’ll be able to maintain the history of the building as well.”

“I think it’s what Sea Cliff’s been missing,” Aron added. “There’s been a need for a community space, especially for teens, and I think this is going to go a long way towards helping that.”

The property includes this building, which was an old diesel pump water station, and another, which was once used for office space, and boasts a large open yard which overlooks the waterfront. No work has been done on the office building yet, because village officials said the plan is to focus on the pump station building first and significant repairs are still needed to the former.

Bruce Kennedy, the village administrator and one of the members of the 325 Committee, discussed some of the work that has already been done on the former diesel pump building. He pointed out repairs that had been done to make sure the roof was impermeable to inclement weather, as well as to provide a solid concrete base to the descending section of the floor to make sure it was perfectly flat.

The village had acquired the property for roughly $540,000 as part of Sea Cliff’s settlement with New York American Water following a four-year lawsuit. While the building still needs some work on its windows and façade, Kennedy said the work has already made a huge difference in the space and that the village was making sure everything was done correctly and at the right price.

“We’re being very prudent in pricing things out and doing things in a good way,” Kennedy said. “Really what the 325 Committee is doing is engaging the community and saying, ‘Here’s the space, what do you want to do with it?’”

That proved to be the question of the day, as residents walked through and tried to imagine all the various purposes it could serve the village. When the committee released a community survey earlier in the year, the overwhelming response was for it to be used to uplift the arts in Sea Cliff.

Ideas ranged from a concert venue for live music to an art gallery and more. Matthew Nichols, another committee member who is an art historian and independent curator, explained that by getting a chance to look at and really understand the scale of the space, villagers would hopefully begin to narrow down their ideas and figure out what would work best.

“We got a lot of great ideas from the community survey, but it can’t be everything for everybody unfortunately,” Nichols said. “This is a chance for people to walk inside, see what the space is like, and sort of finetune their aspirations for the space.”