An artist’s rendering of the Marina Pointe East Rockaway Condominiums, expected to be completed in 2017.
Courtesy the Beechwood Organization 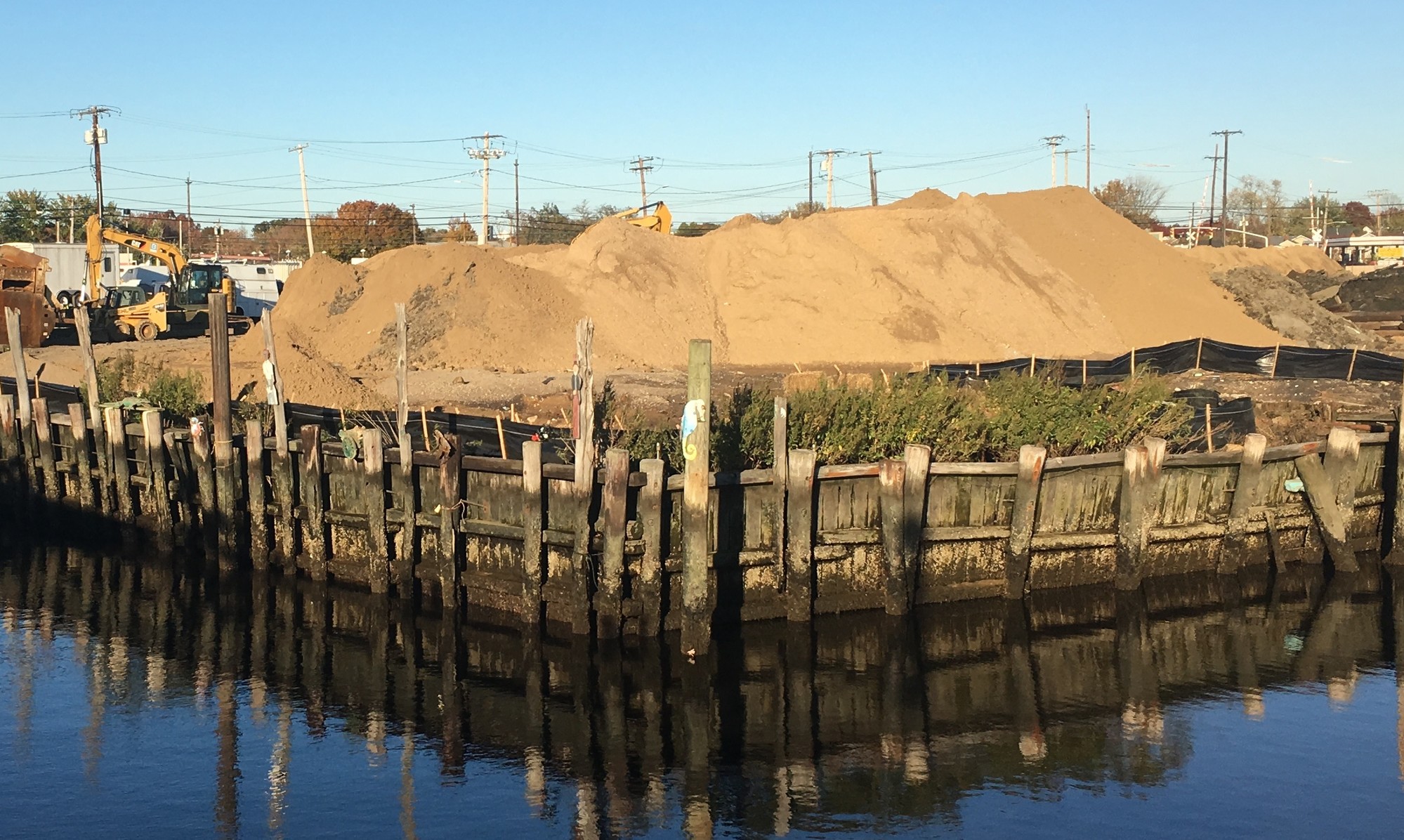 The developers have started clearing the site and working on the bulkhead.
Nick Ciccone/Herald
By Nick Ciccone

The ongoing waterfront condo project on Atlantic Avenue, developed by the Beechwood Organization, finally has a name. Marina Pointe East Rockaway Condominiums, approved by the East Rockaway Zoning Board of Appeals in September 2014, will have 84 homes of various designs, including condominium suites, villas and townhouses.

The site of the development is within walking distance of the East Rockaway Long Island Rail Road station and Main Street shops, and the developers and village officials say they hope it will entice commuters and increase local shopping.

Building Department Supervisor Tom Smith said he believes that these “transit-oriented” homes will have a positive effect on some of the village’s smaller shops and restaurants. “It will be a great improvement of that dilapidated piece of property,” he said, “and an asset to the village and the surrounding businesses.” The former Davison Boatyard was razed last month as part of the process.

According to Michael Dubb, principal founder of the Beechwood Organization, 172 parking spaces will be available for residents — but Smith attempted to dispell any fears about increased traffic in the area. The developers, he said, have completed a traffic study that shows that condos would have no negative impact on traffic patterns.

Zoning board members, in agreement with the Town of Hempstead, also approved a variance that would allow the buildings to be 40 feet tall, five feet higher than current zoning allows. They also approved the property’s rezoning from waterfront commercial to residential.

Dubb added that the waterfront residences would be designed to withstand storms. “The grade of the entire site will be raised,” he explained. “The replacement bulkhead is higher than the existing bulkhead.” The area is known to flood during storms and unusually high tides.

Although construction has not yet begun, Dubb said that Beechwood is now clearing the work site and replacing the bulkhead. Work on the condos should begin in mid-2016, he said.