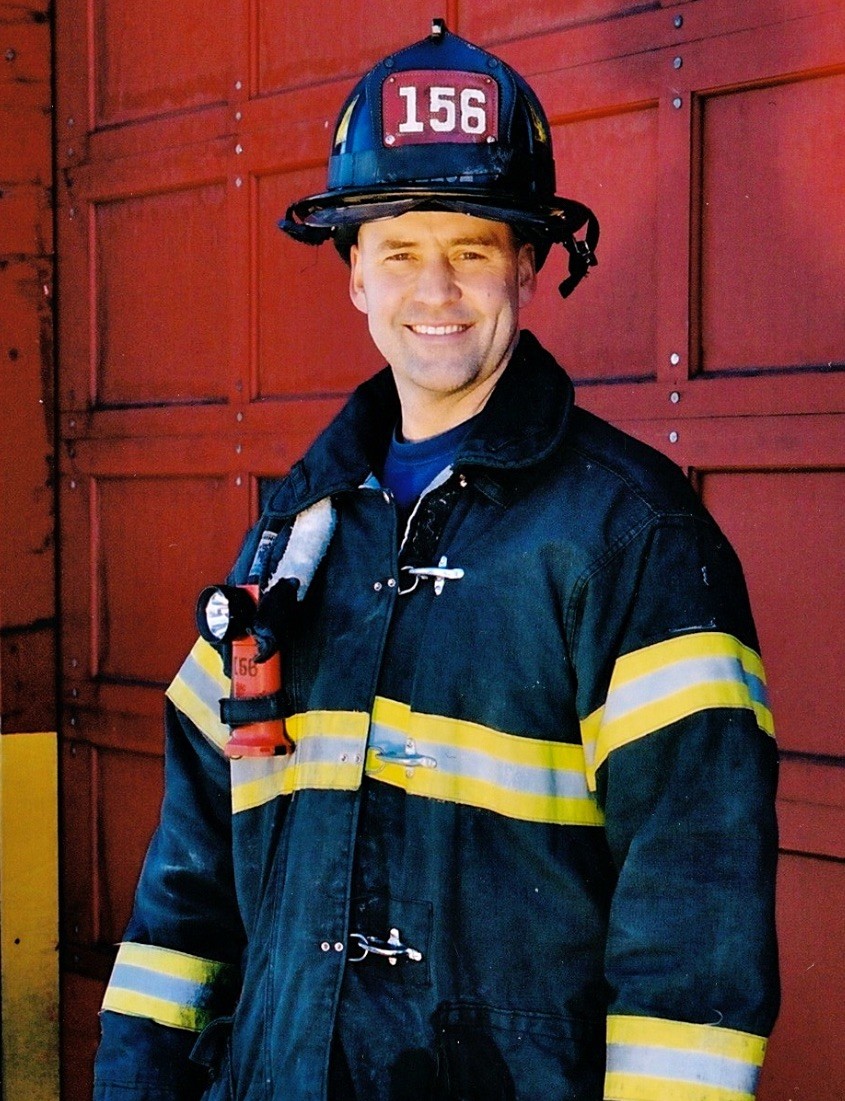 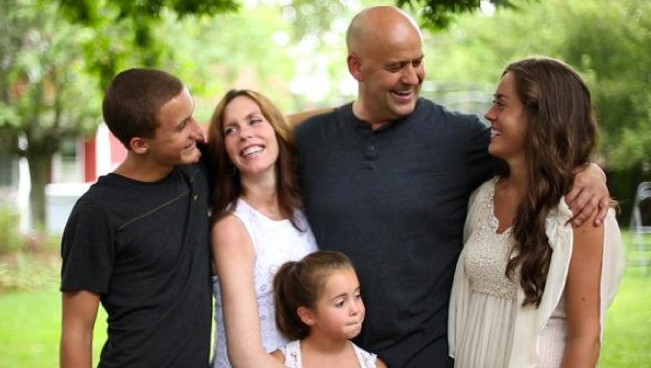 The Young family in 2010 — Christian, far left, Elizabeth, Keira, Keith and Kaley — lived in Freeport before moving to Wantagh in 2012.
Courtesy the Young family 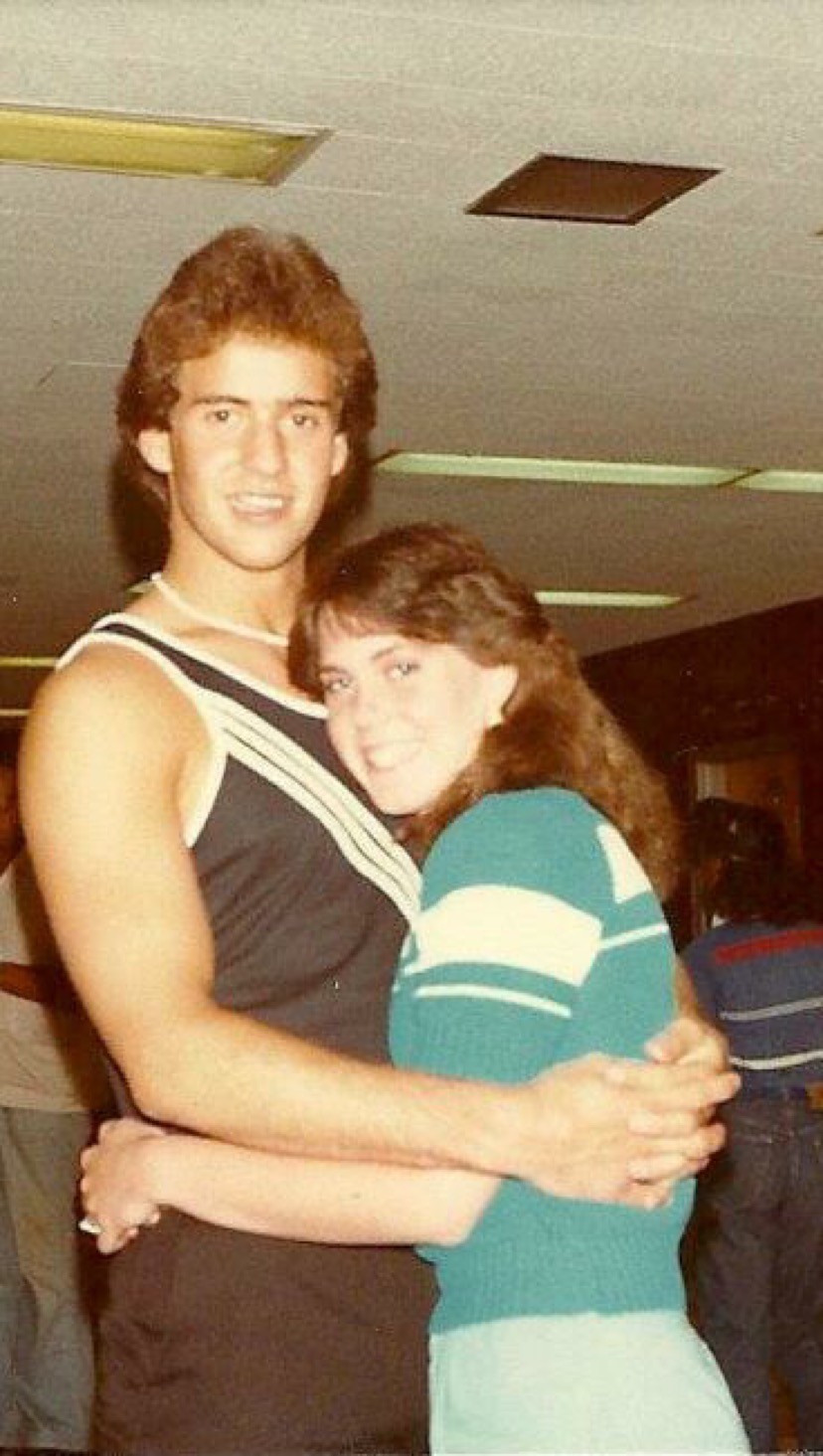 Keith met Elizabeth King when they were both 16 and students at Freeport High School. They were married for 32 years.
Courtesy the Young family

It wasn’t just his cooking that brought everyone together. Dad had a sense of humor and personality that made him the life of the party.”
Kaley Young
By Nadya Nataly

He was known as the “firehouse chef,” after he appeared on celebrity chef Bobby Flay’s television show “Throwdown.” When he wasn’t in the kitchen, Freeport High School alumnus Keith Young, 53, was a New York City firefighter until 2016, when he retired. He died on March 17 of synovial sarcoma, a rare form of cancer he developed after being a first responder to the terrorist attacks on Sept. 11, 2001.

After graduating from Freeport High, Young earned an associate’s degree in culinary arts from Johnson & Wales University in Rhode Island. He joined the FDNY in 1998. He was also a Freeport volunteer firefighter — and a talented chef. He won three Food Network competitions, on the shows “Chopped” and “Throwdown.”

According to Young’s oldest daughter, Kaley, 24, he will be remembered for his sense of humor, and his nicknames for everyone he met. “Dad used to call me Kaber,” she said. “Everyone he met, he made laugh.”

While working at Ladder 156 in Midwood, Brooklyn, Young transformed the firehouse kitchen into an impressive culinary workshop where he cooked for his fellow firefighters. In 2003 he published “Cooking with the Firehouse Chef,” and later invented the Cup Board Pro, a cutting board tool.

“It wasn’t just his cooking that brought everyone together,” Kaley said. “Dad had a sense of humor and personality that made him the life of the party.”

On March 24, hundreds of New York City and Freeport firefighters, along with friends and family members, attended Young’s funeral Mass at St. Frances de Chantal Church in Wantagh. Firefighters and trucks lined Wantagh Avenue as funeral attendees made their way into the church.

“The response from my dad’s firefighter friends and our family has been astounding,” Kaley said. “They’ve all been supporting us every step of the way.”

Keith and his late wife, Elizabeth King Young, met when they were both 16 and sophomores at Freeport High School. Elizabeth died of breast cancer in 2012. Keith is survived by their three children, Kaley, Christian, 20, and Keira, 14.

Kaley manages Hot Pilates Secret studio in Wantagh, which her mother founded. Christian is a junior at SUNY New Paltz, and Keira is a freshman at Wantagh High School. They plan to continue marketing their father’s cookbook and the Cup Board Pro.

“This has been a tough time,” Keira said, “but I know my sister will take care of me. I’m going to miss my dad and his jokes.”

In need of a break from their grief, the children said, they took a family trip to Turks and Caicos. “This is the first holiday, Easter, without Dad and Mom too,” Kaley said. “We didn’t want to spend the holiday at home without our parents. This has been a hard time for us, and I wanted to have some private time with my brother and sister.”

According to the FDNY, at least 168 New York City firefighters have died of 9/11-related illnesses. After Young’s funeral mass, Kaley Young said, the city’s fire commissioner, Daniel Nigro, said he expected more years of such losses, and vowed that the department would stand by those families.