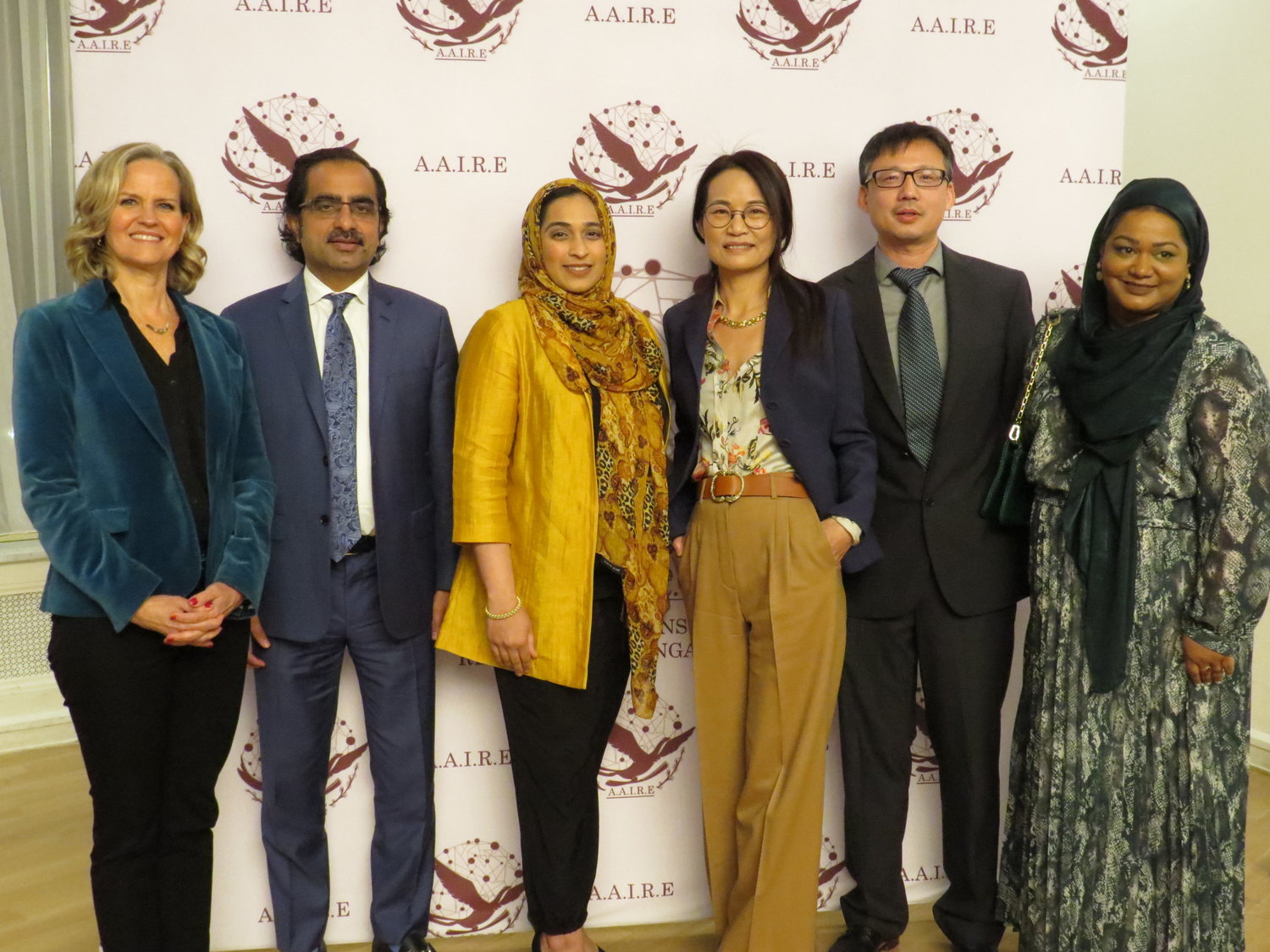 - Eighty-one percent of Asian Americans say violence against them is increasing.

- Thirty-two percent of Asian Americans fear someone might threaten or physically attack them.

Anti-Asian sentiment has grown since the coronavirus outbreak. According to the Pew Research Center, one-third of Asian Americans fear threats, physical attacks or other violence against them. Since the pandemic began, 31 percent of Asian Americans say they have been more likely than any other minority group to be the subject of racial slurs and jokes.

“We need that to stop,” said Farrah Mozawalla, of Woodbury, the former executive director of the Nassau County Office of Asian American Affairs and the first Muslim ever appointed as a department head in the county.

“We are all Americans. We all believe in the same values, and it’s now time for us to combat this hatred and discrimination.”

Mozawalla has founded the Asian American Institute for Research and Engagement, which was launched on March 23 at the Mansion in Glen Cove. A large crowd of supporters from across Long Island gathered in support of the nonprofit, which will advocate for Asian Americans and use research and data to uncover the roots of the discrimination they face.

“We need something to unite the communities and advocate for them, and we need to work together, not work in solo,” Mozawalla said. “So this organization really does that. It takes the Chinese, the Indian, the Pakistani, the Korean, and we all kind of come together, and when we’re united, we’re powerful, because unity gives us strength.”

“This is the American dream,” U.S. Rep. Tom Suozzi said at the institute’s launch. “This is all different groups of people coming together to celebrate what we have and to try to figure out how we can work together to accomplish big things.”

“This is really the first research institute of its kind in the country,” Curran said. “I thought, it’s a great opportunity to gather the data, to get all the metrics together so that there would be an organization that could really advocate for the very diverse Asian community.”

The goal of AAIRE is to empower and unite Asian Americans through education and awareness, uncover structural inequities that Asian Americans face, and combat discrimination.

“Before you can look at any other disparity,” Mozawalla said, “you really have to look at why people feel like they are second-class citizens— why do they feel uncomfortable taking a train or going to your local grocery store?”

Sabrina Guo, 16, of Oyster Bay Cove, said she believed that AAIRE would help combat misinformation and anti-Asian hate. “I think that the institute can really bring a lot more credible sources and information and data that will shatter some of the falsehoods that are out there, and really help policymakers establish policies that would really help the people,” said Guo, the recipient of the 2022 Princeton Prize in Race Relations and the Herald’s 2021 Person of the Year.

“We live in one of the most democratic countries in the world, and yet many Americans live in the fear of racial violence,” Guo said. “That’s why we need to stand up and speak out against all forms of racism and hatred, and find a common ground to work together and build understanding, trust and solidarity on a community base level.”

Last May, President Biden signed a bill that addressed hate crimes against Asian Americans, intended to raise public awareness of such crimes and make it easier to report them. The Department of Justice pledged to expedite the review of hate crimes and make grants available to local law enforcements for investigations.

“It’s really important that we have representation for this community, and all communities, and to fight for equal rights here,” said Amanda Field, a Plainview Water District commissioner who is running to represent the North Shore in the State Assembly. “Farrah has done such hard work in her previous role, and to have this expand … is so important, especially as we see, year after year, the Asian population expanding here on Long Island.”

AAIRE’s plan is to tackle the problem of incomplete data on hate crimes with a major research effort, and to help lawmakers address the issue. “We’re in a work in progress to try and live up to that idea that all men and women have a divine spark and are entitled to be treated with human respect and dignity,” Suozzi said.