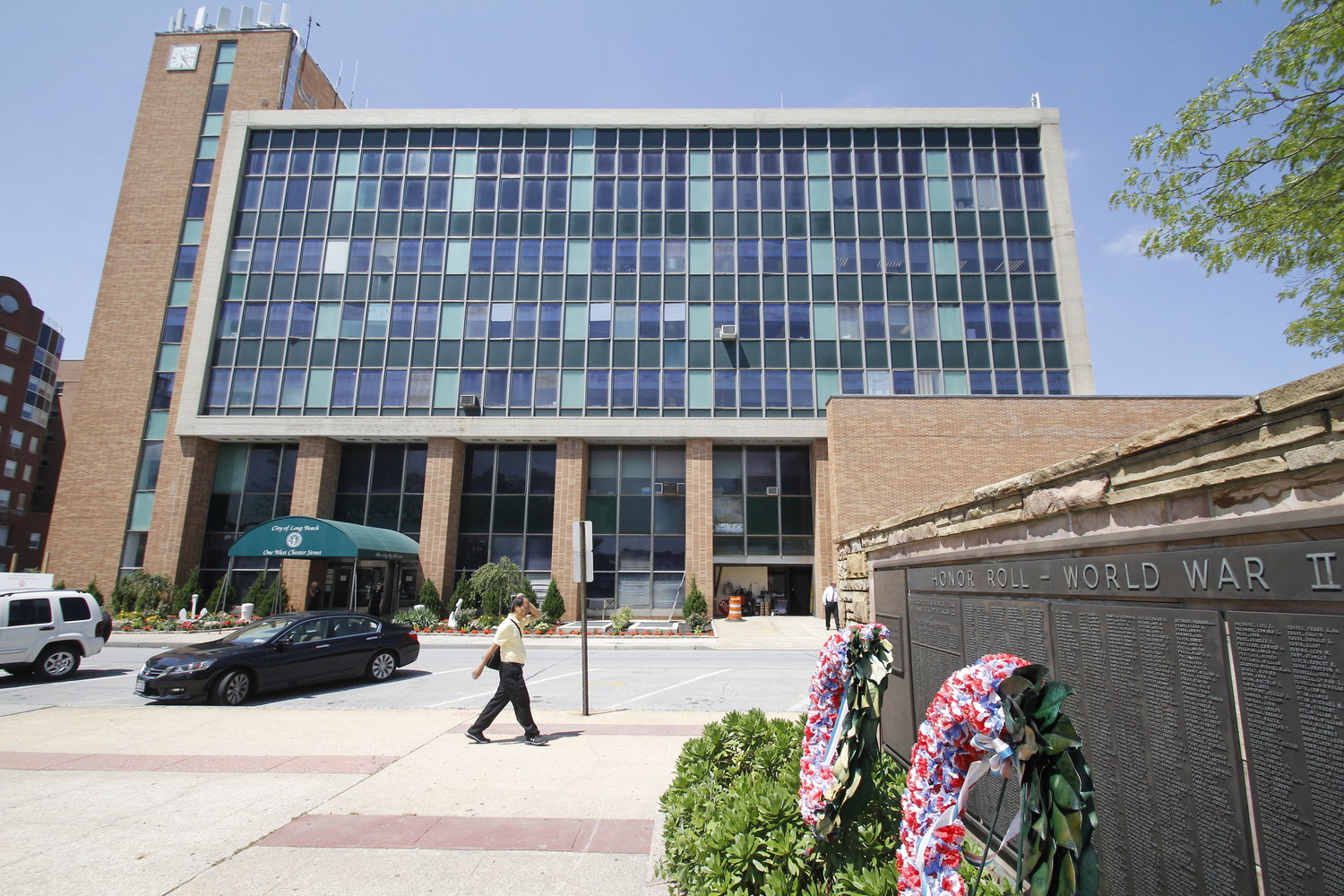 The city hired a former federal prosecutor last year to represent it during an investigation into the city’s separation payout practices.
Former Assistant U.S. Attorney Anthony Capozzolo — who headed a tax fraud case against former U.S. Rep. Michael Grimm and other high-profile investigations — was retained by the city when Nassau County District Attorney Madeline Singas launched an investigation last year, in conjunction with an audit into the city’s payout practices by State Comptroller Tom DiNapoli’s office. A source familiar with the investigation said that a draft of the audit was provided to the city on Thursday. A spokeswoman for the state said that the review was ongoing.
People familiar with the probe told the Herald that the FBI and the U.S. attorney’s office for the Eastern District of New York are also looking into whether payouts made in the 2017-18 fiscal year — including a number of payments to non-union employees who remained on the payroll, and a $108,000 payment to then City Manager Jack Schnirman, who is now the county comptroller — were proper.
Capozzolo worked for six years in the Eastern District office, assigned primarily to its public integrity section, before he joined the Washington, D.C.-based firm Lewis Baach Kaufmann Middlemiss PLLC in 2015.
“I’ve been retained by the city, and my role with the city is to assist them with any matters related to separation pay issues,” Capozzolo, who previously served for 14 years as an assistant district attorney in the New York County district attorney’s office, told the Herald. “And to the extent that any government agencies would request any information, I would facilitate in providing that information in the most helpful way possible.”


He declined to comment further, citing the ongoing investigation.
As the Herald reported in June, investigators from Singas’s office have questioned a number of current and former City Council members, officials and employees over the past year about separation payouts in 2017 and 2018. Officials from the D.A.’s office have subpoenaed hundreds of documents from City Hall, including emails and personnel records.
According to a number of people with knowledge of the investigation, the FBI and the U.S. attorney’s office have also been interviewing employees and current and former council members since July, if not earlier.
Some council members and employees said they only recently learned that the city had retained Capozzolo, and that he was available to accompany them to interviews with federal investigators or take part by way of conference calls. “I was offered to have the city’s outside legal counsel present when asked to be interviewed by the authorities,” council Vice President John Bendo said. “I declined the offer.”
Asked why council members were not immediately made aware of Capozzolo’s involvement, city officials said that the investigation was confidential. “With respect to hiring outside counsel, generally and for any investigation, investigators always request strict confidentiality,” said Greg Kalnitsky, the city’s assistant corporation counsel.
At last week’s council meeting, President Anissa Moore asked city officials whether the city was paying to provide legal counsel to current and former employees during the investigation, and particularly to top officials whose payouts have come under scrutiny — who include Schnirman, former Public Works Commissioner Jim LaCarrubba and Acting City Manager Rob Agostisi — and others who may have been overpaid or authorized the payouts.
Schnirman, for example, received a payout amounting to at least 100 percent of his accrued sick days when he left the city’s employ in January 2018, even though the city’s Code of Ordinances states that non-union, or management, employees like Schnirman should be paid 30 percent of total accrued sick days at the time of separation. Schnirman’s employment contract also specified that he should be paid 30 percent.
“Questions have been raised regarding legal costs that have been expended during the investigation,” Moore said at the meeting. “Are taxpayer monies being used to protect those that allegedly took money from them? We need to know.”
Speaking to the Herald after the meeting, Kalnitsky maintained that the city was not paying for “the legal representation of any former or current employees.” He added that Capozzolo was “purely chosen on merit” and his expertise when the D.A.’s investigation and state audit began last year.
“He has over 23 years of criminal experience,” Kalnitsky said. “… We have always said we are cooperating with all investigations, and providing the investigative agencies with as much truthful and accurate information as we can.”
Kalnitsky declined to disclose the costs of hiring Capozzolo. The Herald submitted a Freedom of Information Law request for that information on Monday.
Typically, Kalnitsky said, employees who are asked by investigators to answer questions inform the city that they have been contacted. “We offer to accompany them, which they will either accept or say no to,” he explained. “It’s not uncommon for governments or corporations to hire outside counsel for an investigation of this type. At all times we represent the city of Long Beach.”
“As is almost always the case in any legal matter, the attorney is there to represent the city,” he added. “However, as employees oftentimes have questions about the process, the attorney is in a position to answer those basic questions — [but] this is not legal representation to the employee.”
Kalnitsky declined to say how many employees or council members Capozzolo accompanied to interviews, or to identify any of them, citing the ongoing investigation, but added that no former city employees were among them. He did not say whether the U.S. attorney’s office was investigating the payouts.
Asked whether hiring outside counsel required council approval, Kalnitsky said, “Hiring an attorney qualifies as professional services under [New York state] procurement laws and would not require any type of competitive procurement pursuant to NYS General Municipal Law.”
Schnirman has said that he had acted on the advice of a previous corporation counsel for the city, and said last week that he welcomed “any and all professional reviews of how the City of Long Beach has processed and compensated earned leave obligations over a period of many years and several administrations.”
City officials have said that the city manager has discretion over the code, based on a legal interpretation that dates back to 1997. Officials have also said that while the payouts may have been questionable financially, they were not illegal.
Report an inappropriate comment