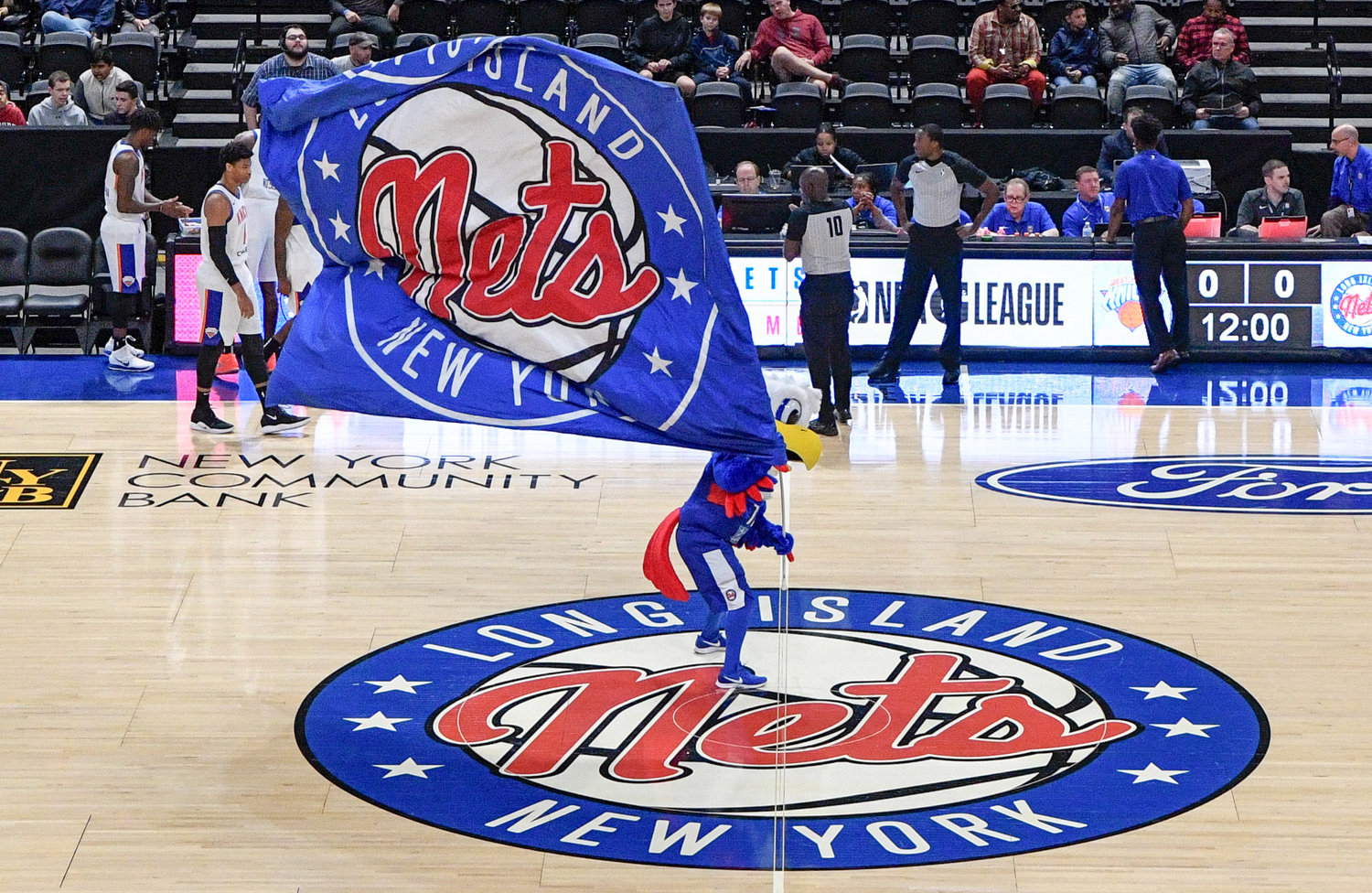 The Long Island Nets began the fourth season in franchise history last weekend and come off an exciting run to the G League finals.
Keith O'Reilly/Herald
By Jordan Stoopler

In any developmental league, turnover is a given. Still, the Long Island Nets, the G League affiliate of the NBA’s Brooklyn Nets, may be taking “turnover” to a whole new level.

The Nets have a new general manager, Matt Riccardi; a new head coach, Shaun Fein; and not a single player on the opening-night roster who ever wore the Nets uniform.

“We’re just developing these guys,” said Fein, who replaced Will Weaver as head coach. “If we do our job as coaches, we’re going to win some games,” Fein added. “It’s a whole new team. It’s going to be different, but we’re going to play the same kind of style that we did last year. I like our team going into the season.”

A season ago, the Nets were the talk of the G League. They finished atop the Eastern Conference with a 34-16 regular-season record in just their third season of existence. They made a thrilling run to the finals before falling to the Rio Grande Valley Vipers in the best-of-three series, 2-1.

“We just want to see players get better and that’s what has happened over the last three years,” Nets Vice President of Business Operations Alton Byrd said. “We play hard and play for 48 minutes. They will compete and work hard, whether it’s at the practice facility or in games. They’ll get better every day.”

Fein expects as much, regardless of last year’s success. “I don’t think guys on our team feel any pressure at all,” he said. “I’m not going to put any pressure on the players for wins and losses. I’m going to put it all on the coaches for getting those guys better and that will translate to wins.”

The team boasts four players with NBA experience, totaling over 300 games, led by two-way players Henry Ellenson and 6-foot-10 Timothe Luwawu-Cabarrot. The Nets will also lean heavily on 6-7 forward Deng Adel, who suited up for 19 games with the Cleveland Cavaliers last season and 29-year-old 6-5 guard/forward C.J. Williams, who played 15 games with the Minnesota Timberwolves.

“I’m the veteran guy that has played a few years,” Williams said. “I want to mentor these guys and help them get better.”

To Fein, the experienced players “just help us in the locker room and on the court, to help these young guys that haven’t been in this spot before. They can guide them and give them direction as to what it’s like to be a professional and help them in that way.”

For 24-year-old Frenchman Luwawu-Cabarrot, a first-round pick of the Philadelphia 76ers in 2016, it won’t be his first time around Fein. They teamed up with the Antibes Sharks in France during the 2013-14 season, Fein’s final year as a player.

“Back in France, he gave me a bunch of advice and things to work on,” Luwawu-Cabarrot said. “He’s always been a mentor and someone I looked up to.”

Fein called the 6-4 Luwawu-Cabarrot “very versatile. He gives us another piece on the wing that can play multiple positions. The shooting piece has gotten better since I was in France playing with him. He’s obviously become a better player from when he was 17 and hopefully, he can make another jump with us this year.”

The Nets’ home opener at the Nassau Coliseum was Monday against the College Park Skyhawks after press time. At the Nov. 15 and 17 games, the first 1,000 fans will receive a Kyrie Irving jersey.

“We want to get in the community as much as we can,” Fein said. “Hopefully, the community will be involved in all of our games this year at Nassau Coliseum. It always gives us a little boost when we have more people there with more noise. It gets the guys jacked up a little bit. Hopefully, everyone will come out and support us.”