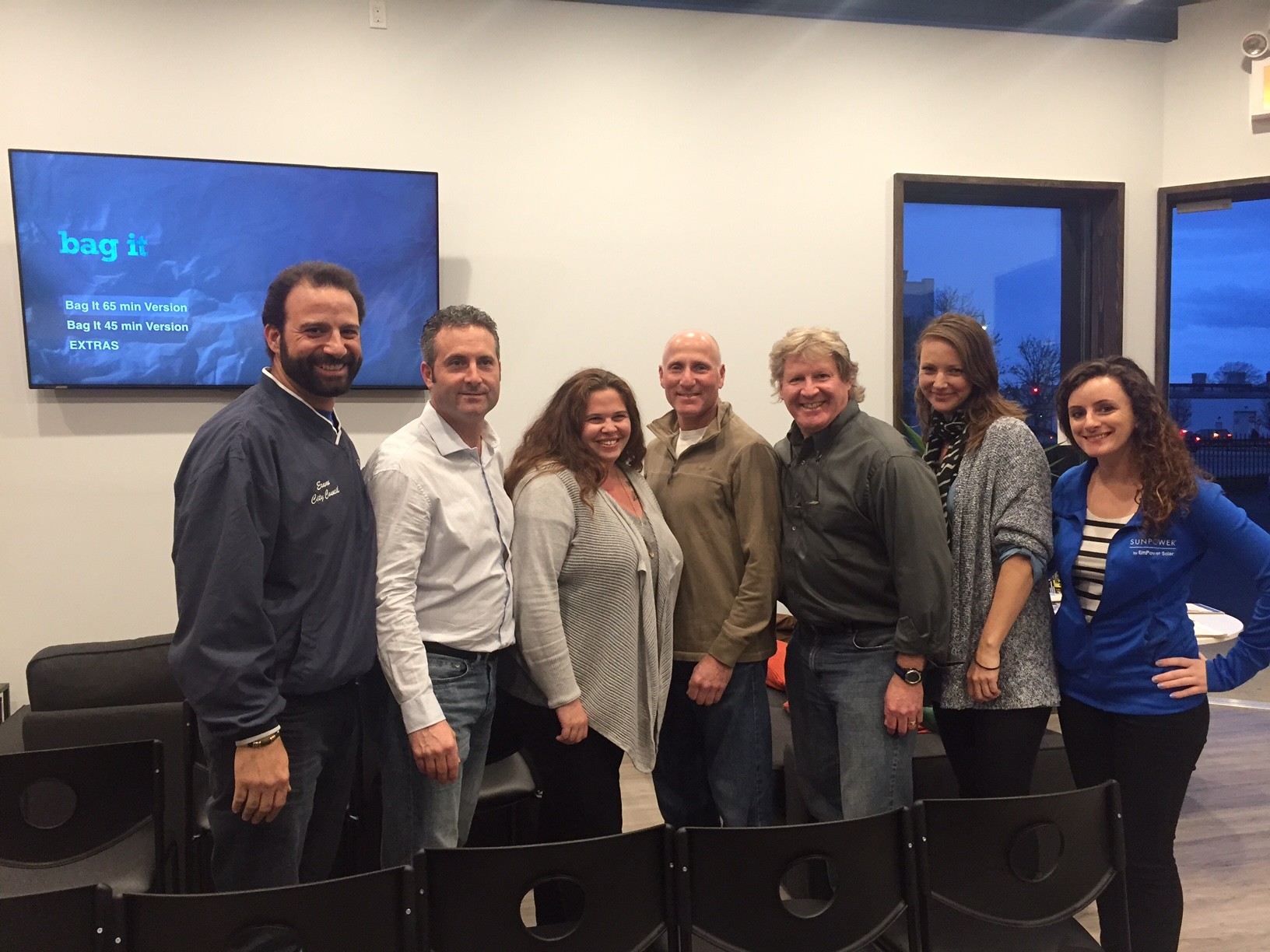 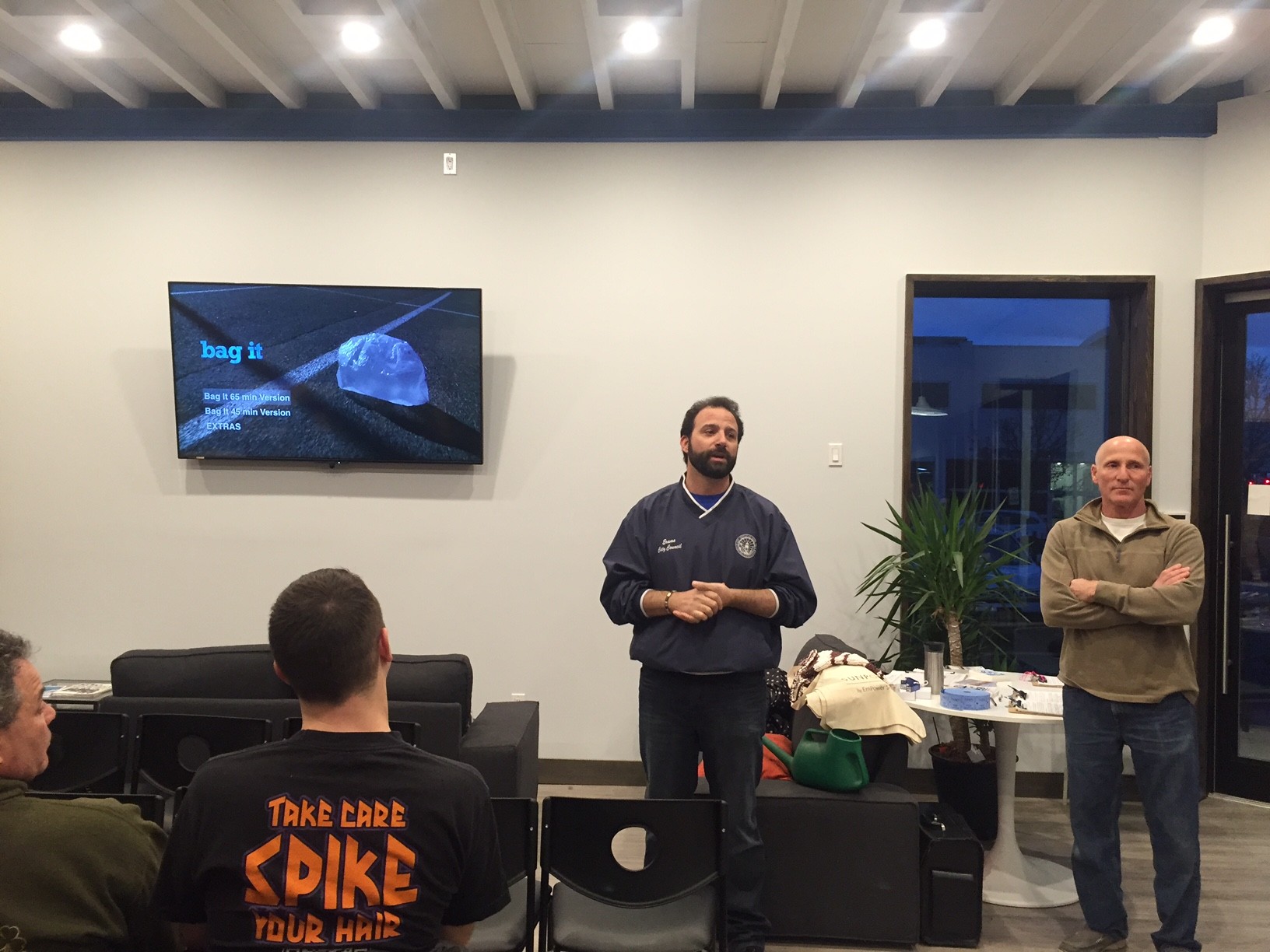 Eramo spoke before the film, and said that the city is looking into banning single-use plastic bags.
By Anthony Rifilato

An effort to reduce the use of plastic bags in Long Beach was the driving force behind the screening of the award-winning documentary “Bag It” at Bridgeworks last Friday.

The free screening was organized by the city and environmental groups All Our Energy and the Surfrider Foundation Central Long Island Chapter, as well as the Long Beach International Film Festival, and is part of a campaign to eliminate single-use plastic bags and encourage people to bring reusable bags when shopping, particularly at grocery stores.

“The Bring Your Own Bag campaign exists to bring awareness of plastic pollution issues to the residents of Long Beach,” said Scott Bochner, a local environmentalist who sits on the city’s Environmental Advisory Board. “The interest and support for this so far has been overwhelming. Nearly 100 Long Beach businesses and over 1,000 residents have signed on in support. We are looking forward to being the first in Nassau County to eliminate single-use plastic bags.”

“Bag It” was released in 2010 and documents the impact of plastic bags and other plastic consumer materials “on land ecosystems, the marine environment and the human body.” The city held a screening at City Hall last month.

“We wanted to build some public support for banning the bag,” City Council Vice President Anthony Eramo said. “Although it seems like a no-brainer, it’s actually more complicated than most people think — you can’t just ban plastic bags, so we’ll probably go after single-use bags.”

In the meantime, Eramo said that support for the effort has been growing, and the city is looking at efforts that other communities are pursuing, in addition to any legal implications. Suffolk County legislators are currently working on a ban, in which retail stores could not provide the thin single-use plastic bags for carryout items, according to Newsday, which reported that a recent hearing grew heated between environmentalists and other supporters of a ban and retailers and representatives of the plastic industry.