The circus closes its tent, but Malvernite’s fight continues 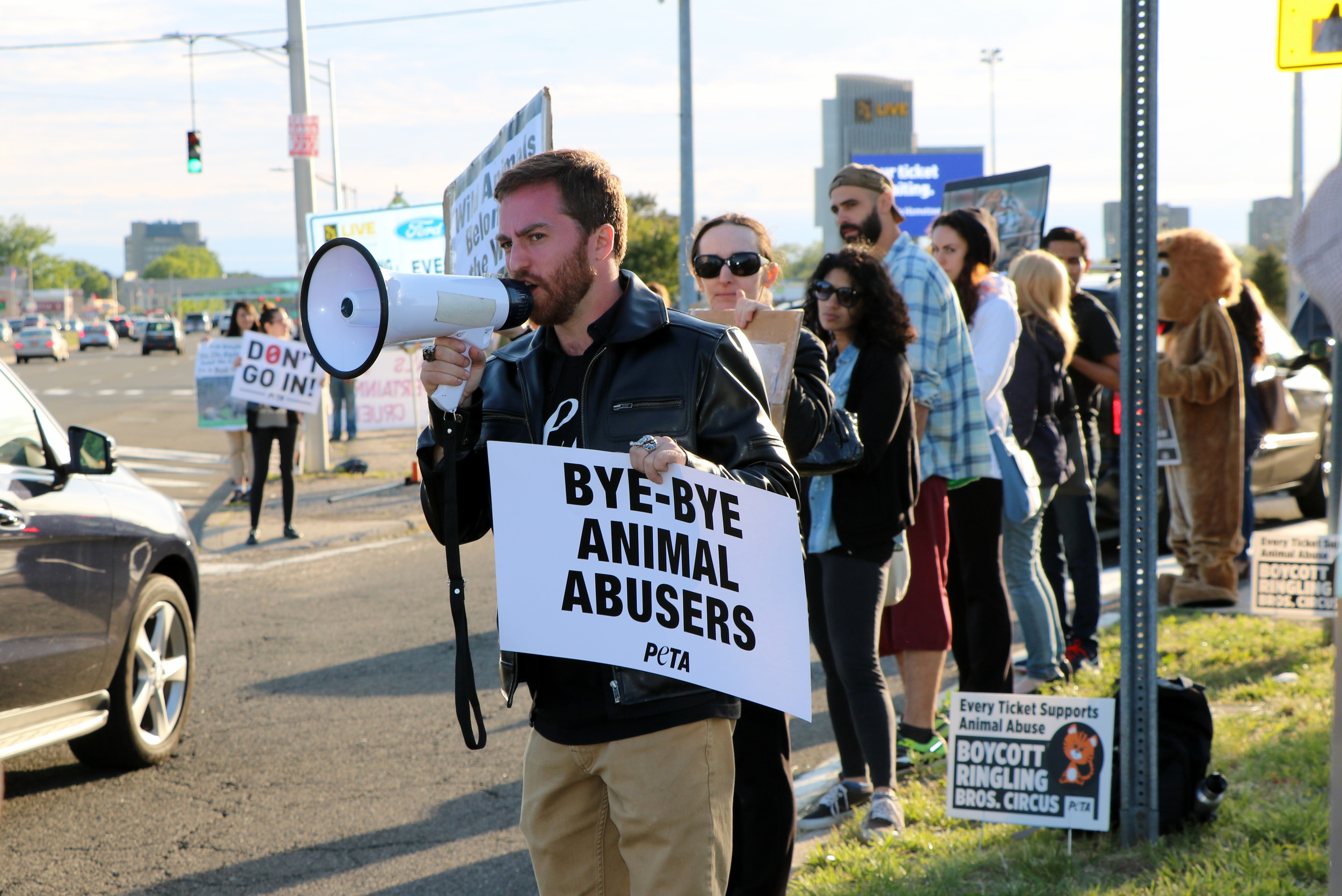 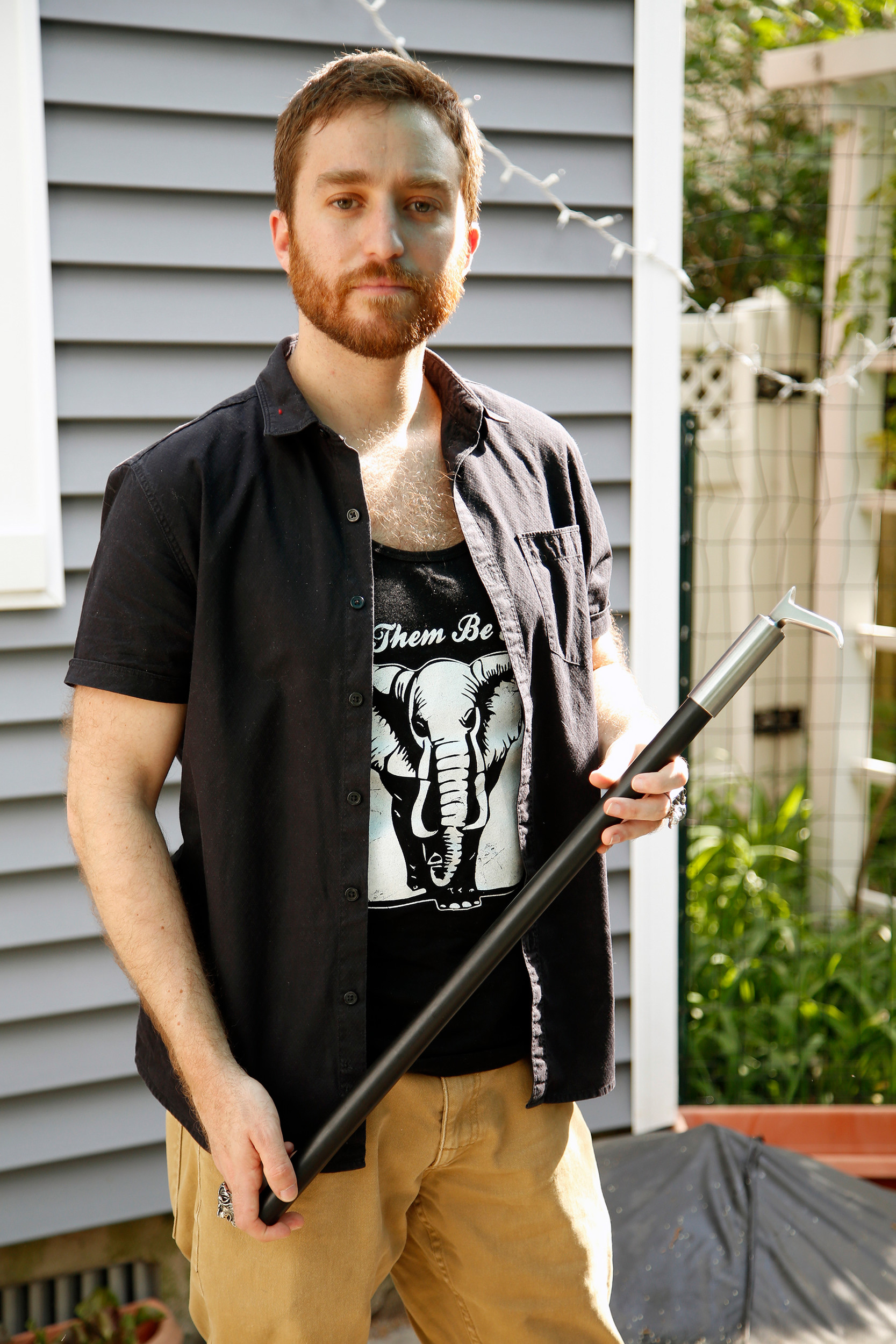 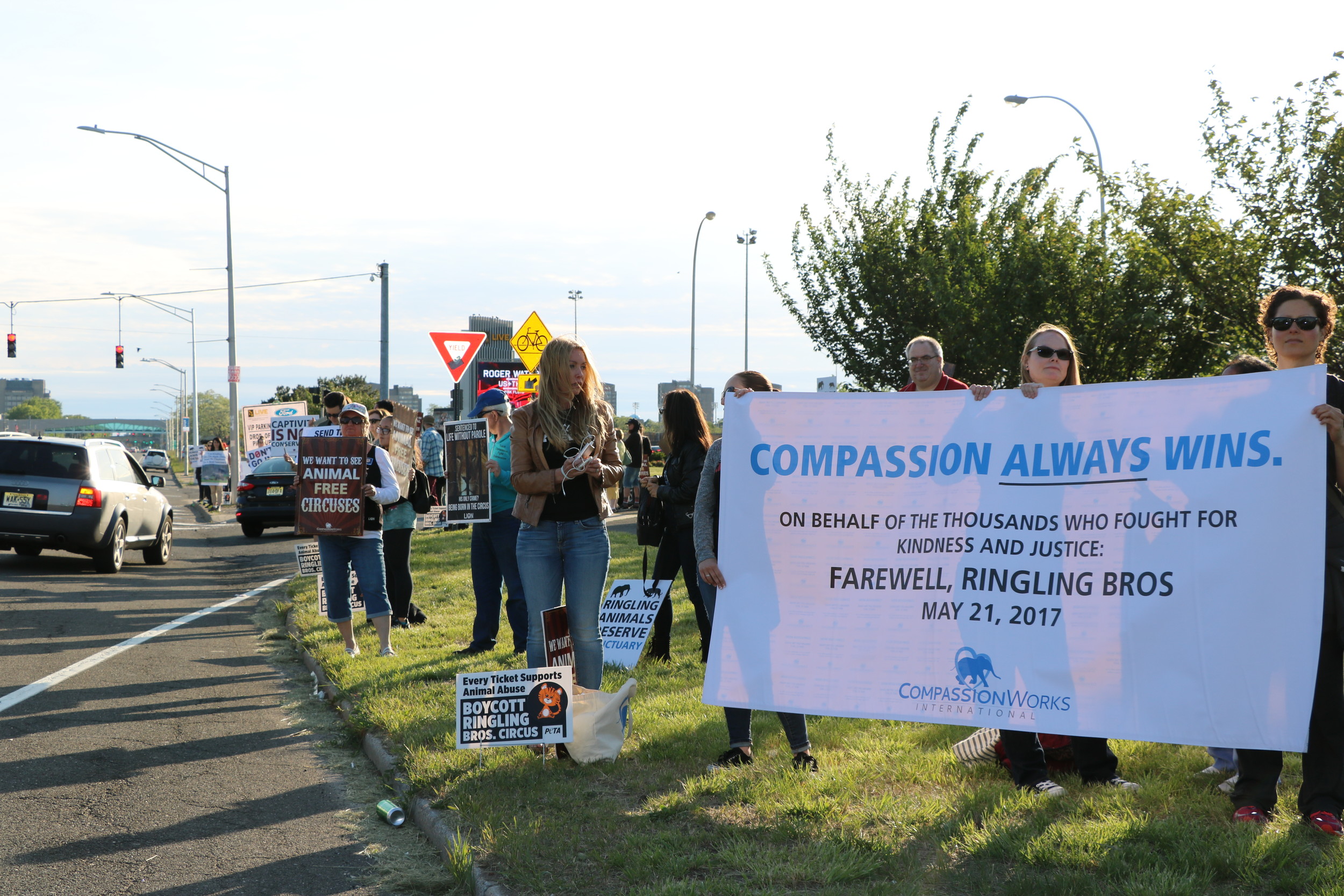 Animal rights activists outside Nassau Coliseum during the the final performance of the Ringling Bros. circus on May 21.
Rossana Weitekamp 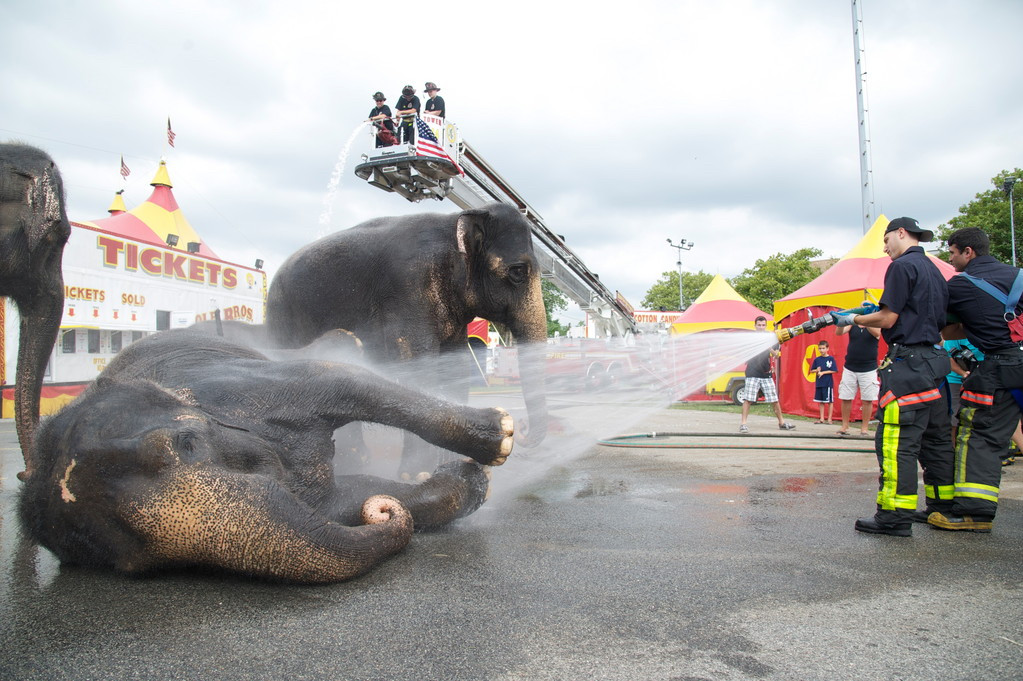 Elephants got a wash down at The Cole Brothers Circus — which shut down in 2016 — at Fireman’s Memorial Field in Oceanside in 2012. PETA and other animal rights activists condemn these publicity stunts, saying they abuse the animals.
Penny Frondelli
Previous Next
By Rossana Weitekamp

It was the last day of Ringling Bros. and Barnum & Bailey Circus’s final performance at Nassau Coliseum and Malvernite John Di Leonardo was on the sidewalk in front of the Coliseum, yelling into a megaphone.

“Don’t be fooled,” he said, looking into the cars entering the parking lot. “These animals are not going to sanctuaries. Go to RinglingBeatsAnimals.com. Boycott the circus, boycott animal abuse.”

Surrounded by several dozen animal activists on Hempstead Turnpike, Di Leonardo, 29, an assistant manager for People for the Ethical Treatment of Animals and founder of Long Island Orchestrating for Nature, an animal advocacy nonprofit, already knew he had won the first victory against Ringling Bros. But there were still many more. “We’ve been asking all the people who are coming out of the circus today to teach their children what they’ve learned, and why they won’t be coming back to another animal circus,” said Di Leonardo.

Since 2011, Di Leonardo has helped lead protests against Ringling, the Cole Bros. Circus, which shut down last year, and any other organization that attempts to use animals as a form of entertainment. “We’re also out there to show the others that we’re not going away. The fight is not over — it’s over for Ringling, but it’s not over for the animals.” Di Leonardo said that Ringling Bros.’ Center for Elephant Conservation — where the elephants have gone for retirement, is not a sanctuary at all. “The Elephant Conservation Center is not open to the public for obvious reasons,” Di Leonardo said. “We have sworn testimony from Ringling trainers who have come clean about the abuse.”

Samuel Dewitt Haddock Jr., a Ringling Bros. elephant trainer at the Conservation Center, was one whistleblower who left behind pictures and a written recollection of what he said was the abusive treatment of baby elephants at the Conservation Center, after his death in 2009. His paperwork and photos were the subject of a Washington Post article that same year. Ringling Bros. disputed the charges, saying they skewed the truth.

PETA also has disturbing undercover videos of Ringling trainers beating elephants before performances with a bullhook, a tool used to control and train elephants that originated in India around the 5th century B.C. “Ringling could have been like Cirque du Soleil or Circus 1903, which was just at Madison Square Garden,” Di Leonardo said. “They had puppets that were the size of elephants, and talented, willing performers that could go home at the end of the day, and not to an arena basement where they were chained, or a prison camp where they were going to be beaten.”

In addition to leading protests against animals in entertainment forums, di Leonardo also leads wildlife rescue efforts throughout Long Island, from stopping the collective killing of animals to rescuing waterfowl. “Clyde the Rooster is also one of our rescues,” Di Leonardo said of the mascot to the Woodstock Farm Sanctuary. “He must have hopped off a truck in Brooklyn.” The rooster has become so popular that it is now the farm’s mascot, has its own webpage, and is so friendly that people can actually hug him when they go for a visit.

Di Leonardo has plans for sanctuary under the LION name, but it’s something that the group is still working on. “My heart is in advocacy work — it’s the most important thing for people to do — but rescue work is very important as well.

Among his many animal rights accomplishments, Di Leonardo includes a three-year protest in front of Merrick Furs in Merrick, which ended in the store’s closure in 2015.

What can people do to help advocate for animal rights? “Go vegan,” said Di Leonardo, saying he has been a vegan for the past six years. “If you’re not going to go vegan today, see what you can get rid of now. Just never say never. And come out to protest!”

From cop to Congress: D’Esposito settles into D.C.