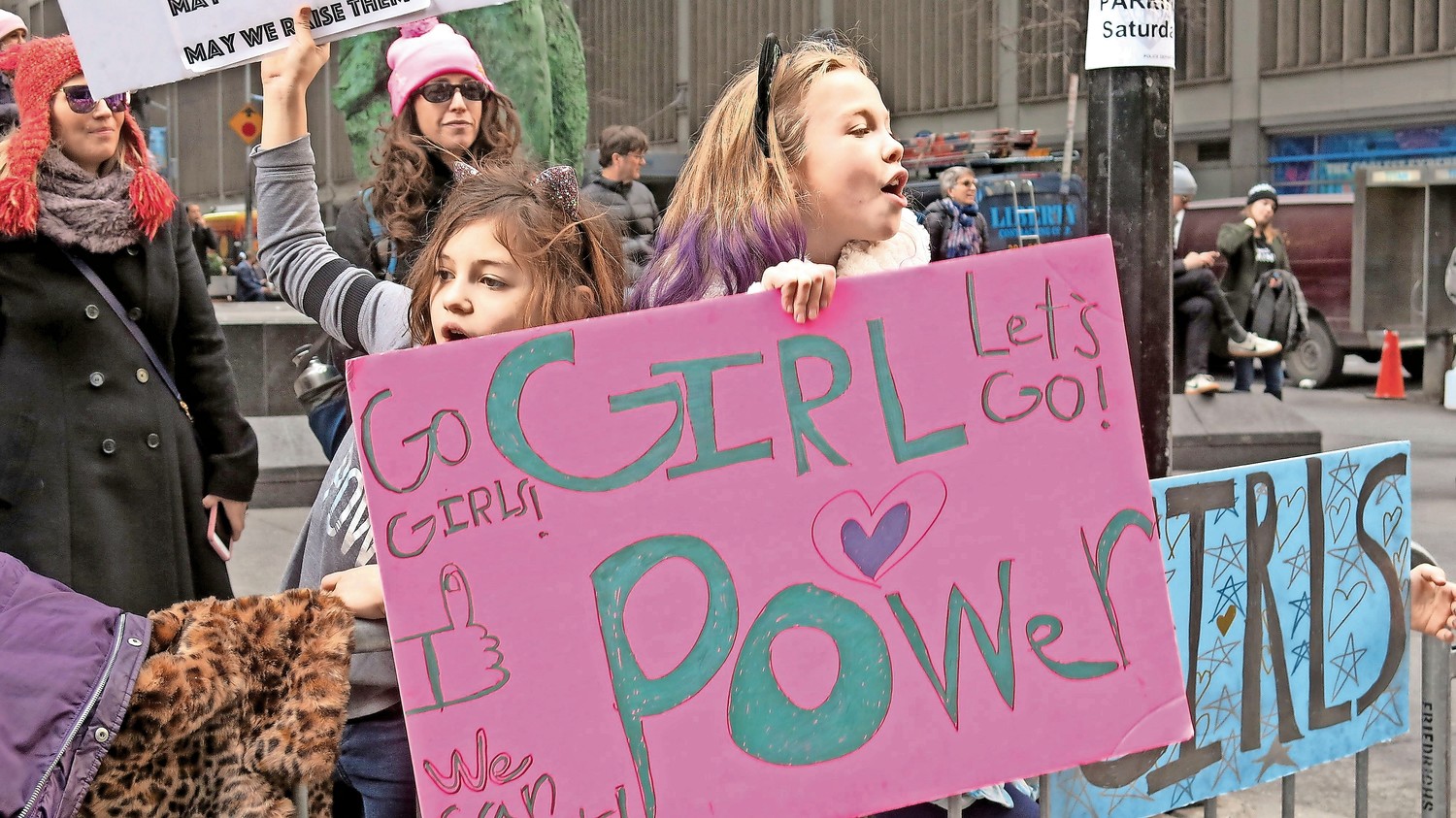 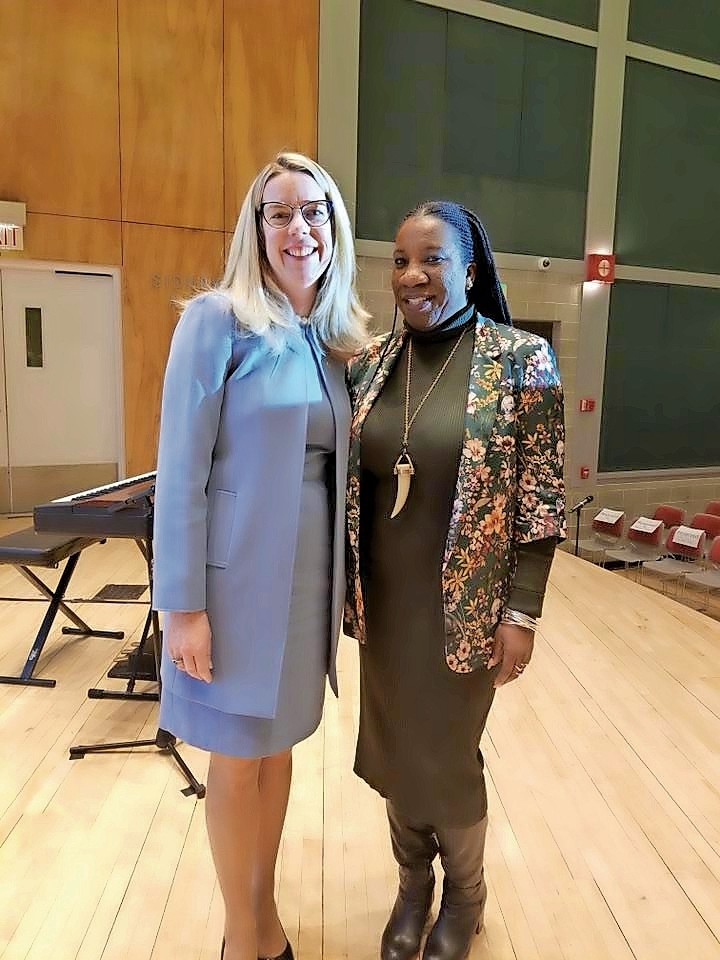 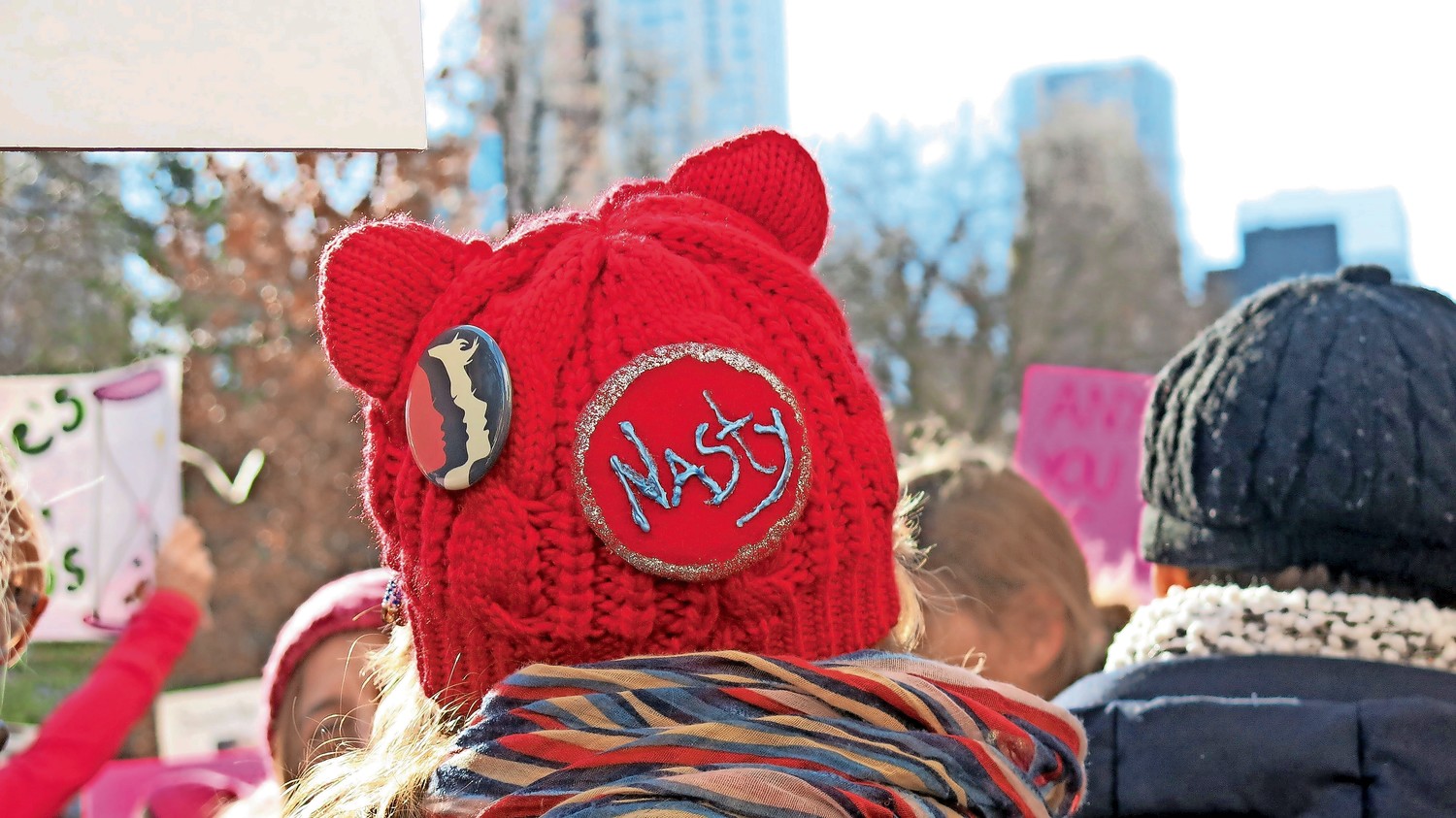 An estimated 200,000 people attended the second New York City Women’s March on Jan. 20. The hot-pink hat that made its mark at last year’s march was seen once again.
Laura Lane/Herald Gazette
Previous Next
50 Fascinating Facts for Women’s History Month

Last year, Laura Curran made history on Long Island when she was elected as Nassau’s first female county executive. Around that same time, women across the country — in every sector from entertainment to politics and business — were making history as well, contributing their newly empowered voices to the #MeToo movement and speaking out against their abusers.

A few months later, another movement — #TimesUp — demanded gender parity and justice for all survivors of sexual harassment.

Susan Gottehrer, an adjunct political science professor at LIU Post, weighed in on what has fueled these social movements. “I think between Donald Trump and Harvey Weinstein’s behavior, the women finally said ‘enough,’” she said. “We started to really feel and know how the odds have been stacked against us, how the insults pile up every day, and how that undercurrent of accepted and institutionalized marginalization — with all its puns and jokes and complicity — has worked to create a system where we stay silent.”

“It all came out,” she said, “and our collective ability to share it, with each other and with the world, showed us our numbers and our power.”

Every March since 1987, the United States has celebrated Women’s History Month to reflect on the policies and culture surrounding the women’s movement. Additionally, the month is a chance to remember the individuals responsible for advancing women’s rights.

They include women like Jane Hunt, Lucretia Mott and Elizabeth Cady Stanton, who at a tea party in Waterloo, N.Y., hatched a plan for the Seneca Falls Convention of 1848, at which they presented the Declaration of Sentiments, through which they demanded the right to vote. It was not until 1917, however, that New York state passed a constitutional amendment granting women the right to vote — two years before passage of the 19th Amendment to the U.S. Constitution, giving women across the country that same right.

“It contains specific provisions about combating sexual harassment in the workplace, as well as 30 total proposals aimed at creating equal rights and equal opportunities for women and girls,” Altamura said.

Altamura believes such legislation would change a longstanding status quo. “Throughout history, women who spoke out about sexual assault were either not taken seriously, ridiculed or faced retaliation from assaulters,” she said. “Policies in place targeted victims and forced them to remain silent about their experience. Women didn’t think anyone would believe them.”

“Now, with a collective movement behind them,” she continued, “survivors feel empowered to speak out about their painful experiences.”

According to the Rape, Abuse and Incest National Network, children ages 16 to 19 are three and a half times more likely than the general population to be victims of rape, attempted rape or sexual assault.

State Sen. John Brooks, a Democrat from Seaford, hosted an event on March 8 called, “#KidsToo: How New York Fails Child Victims of Sexual Assault,” to address what could be done in the New York legal system to support child victims of sexual violence.

According to current law, child victims of sexual assault can seek prosecution for crimes against them until they turn 23. The Child Victims Act would extend the age limit to 28 for criminal cases and 50 for civil cases. It would also create a one-year window in which individuals could add to the lawsuit, even if the statute of limitations had ended.

Legislator Josh Lafazan, a Democrat from Syosset, wrote to Albany to support passage of the bill, which passed in the Assembly. “The genesis of my advocacy was seeing the testimonies of the awe-inspiring and courageous women on the U.S. gymnastics team, who spoke out against their former abuser in court,” Lafazan said.

Kara Hahn, the Democratic majority leader of the Suffolk County Legislature, has been a longtime advocate for survivors of domestic violence, as she is one herself. She too believes the bill should pass.

“There should not be a statute of limitation on child sexual assault,” Hahn said. “Many children do not report, and those who do take years, even decades to recognize, accept, [and] realize the full impact and scope of what happened and report it.”

In January, Hahn organized a #MeToo forum at Stony Brook University, and invited the movement’s founder, Tarana Burke, as its guest speaker. The event was aimed at garnering support to implement reforms at the local level.

“It was extremely important to initiate a local conversation to bring home the fact that sexual harassment and assault are pervasive problems in our society,” Hahn said.

“Going forward,” Altamura said, “I recommend we continue to advocate for policy change to ensure survivors’ rights are protected, and to work to create a society that prevents any sexual assault from happening in the first place.”

“Change is very slow to come,” Gottehrer said. “I would say to all women: be a sister to every other sister, teach your male friends and allies how their language demeans, and yes, endangers you, and enlist them in the fight.”

Curran said she believes in the power of women to stake a claim in history, as she did four months ago. “I think women can really lead by example by being confident, by running for office, by asking for that promotion or that raise, and we can absolutely do it,” she said. “Sometimes it’s just ourselves that are holding us back. But if we get that confidence and take those chances, I don’t think there’s anything we can’t do.”