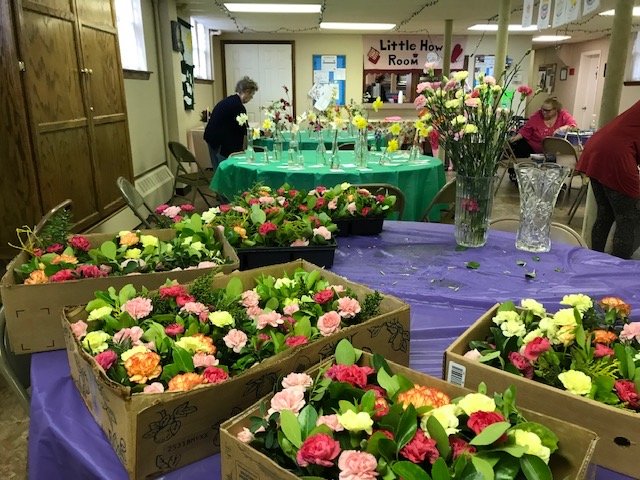 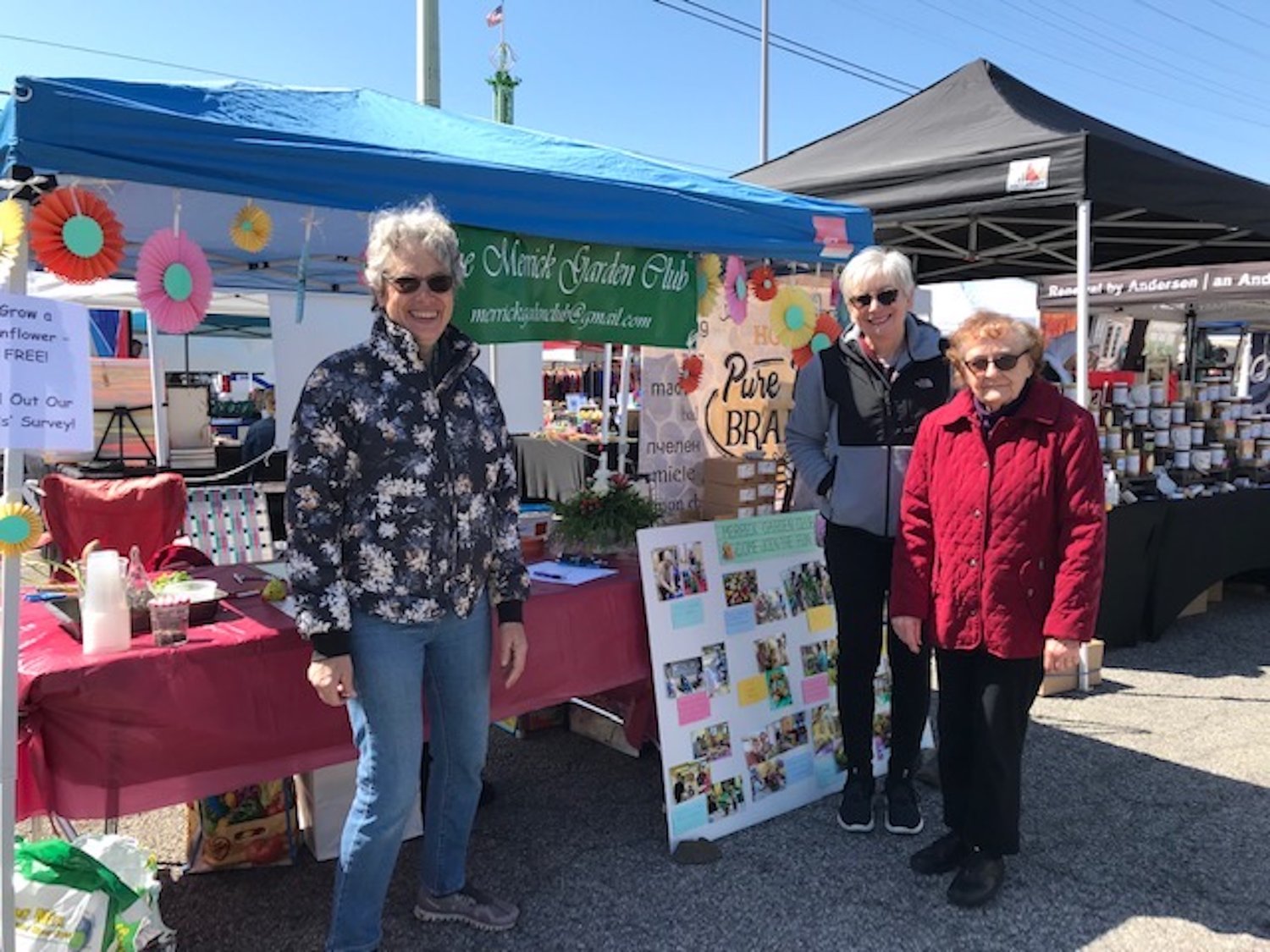 Always willing to be involved in the community, the club was at Kids Fest in April, helping children and families plant sunflower seeds.
Courtesy Merrick Garden Club
Previous Next
By Jordan Vallone

There have been garden clubs in the United States since 1891, when the very first one was founded in Athens, Georgia. Their primary purpose is simple: Members learn about horticulture and how to sustain a healthy garden so they, in turn, can teach others to become gardeners themselves.

Unknown to many, there is a club in Bellmore-Merrick. The Merrick Garden Club, founded in 1933, has a mission to stay involved in the community, and to teach members new and old about plants and gardening.

One of the club’s co-presidents, Cheryl Bennett, is a “master gardener.” Bennett, who lives in Merrick, told the Herald that she got acquainted with the garden club about 25 years ago, at a spring festival where the club was selling plants.

Master gardener is a title earned when one enrolls in and completes a Master Gardener program, Bennett explained. “It’s a federal program that started after the Civil War,” she said. “People were moving out West, so what (the government) did was they trained people about farming and plants. The idea was that those people would disseminate that information to their friends.”

Every state has an agricultural college that can teach a Master Gardener program, Bennett said. In New York, it’s Cornell University, which has a farm on Long Island, the Cornell Cooperative Extension, in East Meadow. There, one can enroll in a 15-week program that includes lectures, homework and field training to become a master gardener. Two other Merrick Garden Club members are also master gardeners.

“I love it,” Bennett said of the title. “I just share the information wherever I can.”

The club’s other co-president, Ginny Meltzer, who also lives in Merrick, is a self-described “amateur gardener.” She joined the club a few years ago, Meltzer said, and now she and Bennett want to expand it, connect with other groups and educate the community on what the club does.

The club is certified with the state as a nonprofit. Even though it’s called the Merrick Garden Club, Meltzer said, it has members from all over. “We have members in Merrick, East Meadow, Wantagh, Island Park, Massapequa, Bellmore and even Hewlett,” she said. “We really encompass all surrounding communities.”

The group meets once a month, and aside from small lessons about gardening that Bennett can demonstrate, members are also encouraged to be creative and bring in floral arrangements.

“In September, one of our concepts would be ‘Fall Fantasy,’ so something that emphasizes fall colors and fall flowers,” Bennett explained. “We also bring in samples from our gardens, and we’ll do a program. Sometimes we’ll make a fall wreath.”

The club also works closely with Meals on Wheels, which delivers food to people who are unable to purchase or prepare their own meals. “Twice a year, we make floral arrangements that we donate to Meals on Wheels,” Meltzer said. “People who get a Meals on Wheels delivery in November or April also get a little mini flower arrangement.”

The club hosts a plant sale each May, which is a major source of its funding. “We sell plants that we’ve dug up from our own gardens,” Meltzer said. “(People) end up paying significantly less than what they’d pay in the nursery — and you get free advice.”

The group emphasizes planting and cultivating native plants, Bennett said, because they are more supportive of native insects, pollinators and wildlife.

The club currently has 17 members, and it hopes to expand. In April, it had a booth at the Merrick Chamber of Commerce’s Kids Fest, a spring festival in the Merrick Long Island Rail Road parking lot. The club helped children and families plant sunflower seeds, and offered tips for spring gardens.

Thanks to community events like Kids Fest, the club became acquainted with a Girl Scout Troop in Merrick. This fall, the club plans to work with the troop to plant spring flowering bulbs as a beautification project. “Those are the kinds of things that we’re interested in doing,” Bennett said.

The monthly meetings take place in Bellmore at lunchtime, and Meltzer said that club members would love people who are retired, or working from home, to join them. Anyone can attend up to two meetings as a guest, she said, before deciding if they want to join. For privacy purposes, she asked those interested to write to MerrickGardenClub@gmail.com for the meeting date and location, and for more information about the club and its activities.