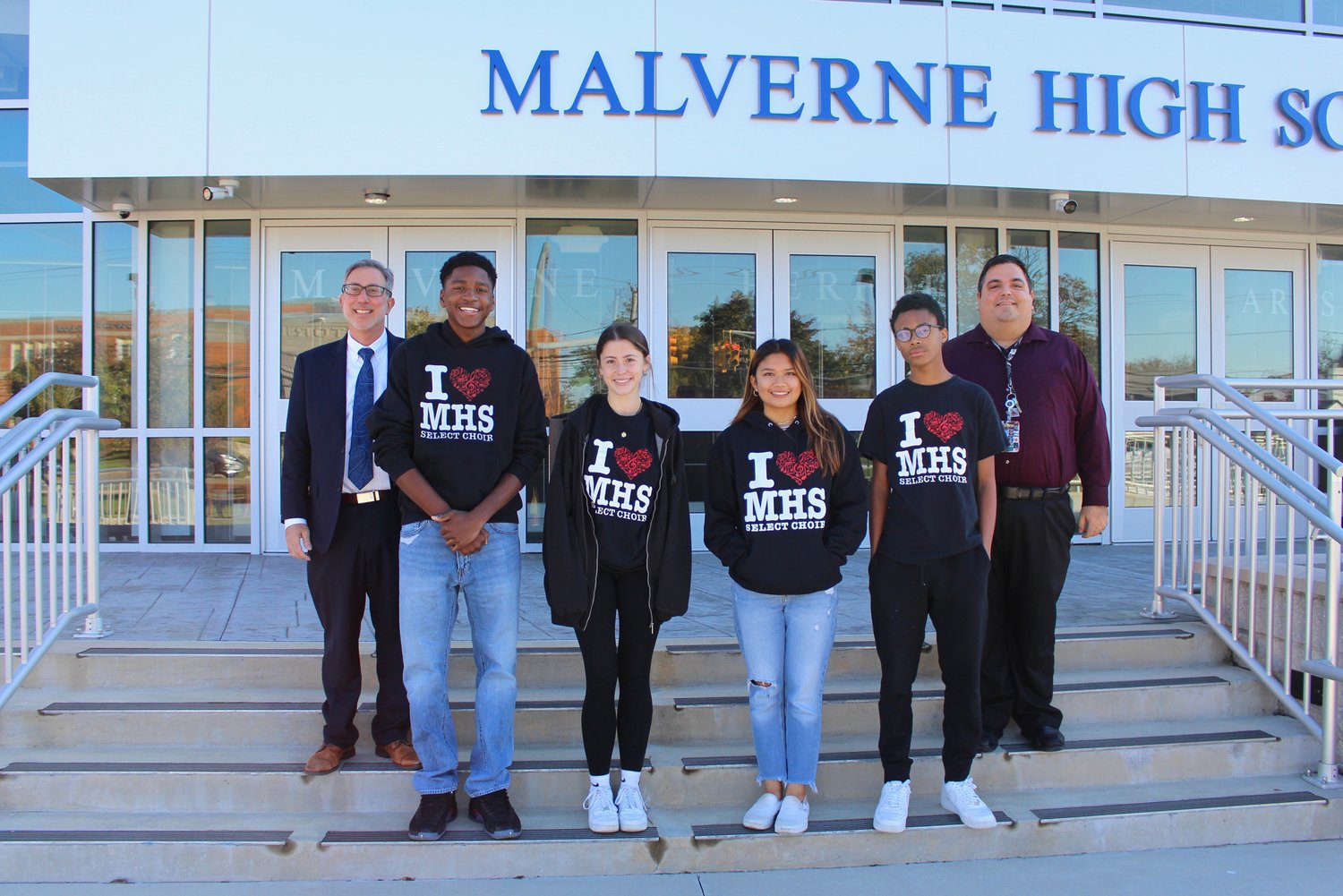 My hope is that they take in every moment of being surrounded by incredible student musicians.”
Kenneth Zagare, Choral Director - Malverne High School
By Annemarie Durkin

Four Malverne High School choral students have been accepted into the American Choral Directors Association’s Eastern Division Gospel Honor Choir. Each year students from across the country audition for ACDA regional choirs, hoping to earn spots in the country’s most prestigious and talented groups of student vocalists.

“I was pleasantly surprised. It took me a second to comprehend that I got in,” Lauren Dinglasan, a Malverne senior, said. “Once it sank in, I was jumping for joy.”

Dinglasan, 17, along with fellow seniors Carly Bottitta, 17, and Austin Cange, 17, and junior Niles Wilson, 16, are four of thousands who audition for the prestigious positions each year.

“As a musician, I feel very accomplished to get into such a prestigious choir,” Cange, a senior from Lynbrook, said. “Being a singer for most of my life, and doing other activities in music—it’s amazing to get another opportunity to sing at such a high level.”

For young musicians, an accomplishment like an ACDA choir appointment can boost self-confidence in their talents. “[This] shows that as a musician, I’m good enough to succeed,” Wilson, a junior, said. “It truly is a milestone for me. I haven’t gotten into a choir of this degree before.”

To prepare for the intensive audition process, each student worked with Malverne High School choral director Kenneth Zagare to learn an excerpt from a piece in ACDA’s choral repertoire, sing scales and a portion of each of their New York State School Music Association songs from last year.

“I was beyond excited to hear that four of our students were accepted into the ACDA honor choir,” Zagare said. “After two long years of no concerts, this means even more than it ever did. I think [the pandemic] has forever changed the way we appreciate making live music together.”

Last spring, students created recordings of themselves that demonstrated their musicianship and skills. Auditions were evaluated in a blind audition process. Adding to the challenge, students were stacked up against auditioners from 11 states along the East Coast.

From the beginning of the process, Zagare was involved in working with the students on their audition materials. Once audition prep was completed, he set up recording times with the students and submitted their files to ACDA for review.

ACDA’s mission is to inspire excellence in choral music through education, performance, composition and advocacy. The organization works to foster and promote the organization and development of choral groups of all types in schools and colleges, promote excellence in choral music through its workshops, symposia, choral program exchanges, international efforts and conferences.

Each academic year, ACDA honor choirs are organized to provide enriched singing opportunities for students. Many musicians are auditioned, and selected participants will spend the conference week preparing for performances that typically take place on Saturday during the conference.

The four students will be representing Malverne in February at this year’s eastern conference in Boston, where they will be working with Indiana University choral professor Dr. Raymond Wise, the professor of practice in the African American and African Diaspora Studies Department while also instructing courses in African American music.

“My hope is that they take in every moment of being surrounded by incredible student musicians representing the very best music programs on the East Coast,” Zagare said. “I’m confident that they will bring back what they learned to our very own Malverne choirs.”

Wise also served as the co-director and director of the Hampton University Ministers’ Conference Choir Directors’ and Organists’ Guild and Academy, which provides intensive training in African American sacred music for church musicians. And Wise served as a member of the academic faculty for the Gospel Music Workshop of America for 33 years. He is well known in the industry for helping choirs perform gospel music authentically.

“This achievement means so much to me as a student and musician because I not only get to represent my school and family, but I also get to enjoy what I love to do most, singing with others and being a part of a choir,” Dinglasan said. “It will be a great experience.”

Looking ahead, all but one of the students do not plan to pursue music beyond high school, but all said music would remain with them for life.

“My hope is that they always keep music close to their heart,” Zagare said. “The four of them have been such an asset to our music program, and I know they will make us proud as they go forward.”

For Bottitta, plans to continue pursuing and being involved in music are unwavering. “I want to be a part of all the choirs and shows possible [in college],” Bottitta said. And, while Cange doesn’t necessarily have plans to pursue music professionally, he does hope to continue incorporating music into his extracurriculars, joining music clubs or organizations at college.

“This achievement is special to me because it feels like a culmination of my hard work,” Bottitta said. “Reflecting on the past [few] years, all the hard work I put into my chorus classes, NYSSMA and musicals is paying off.”