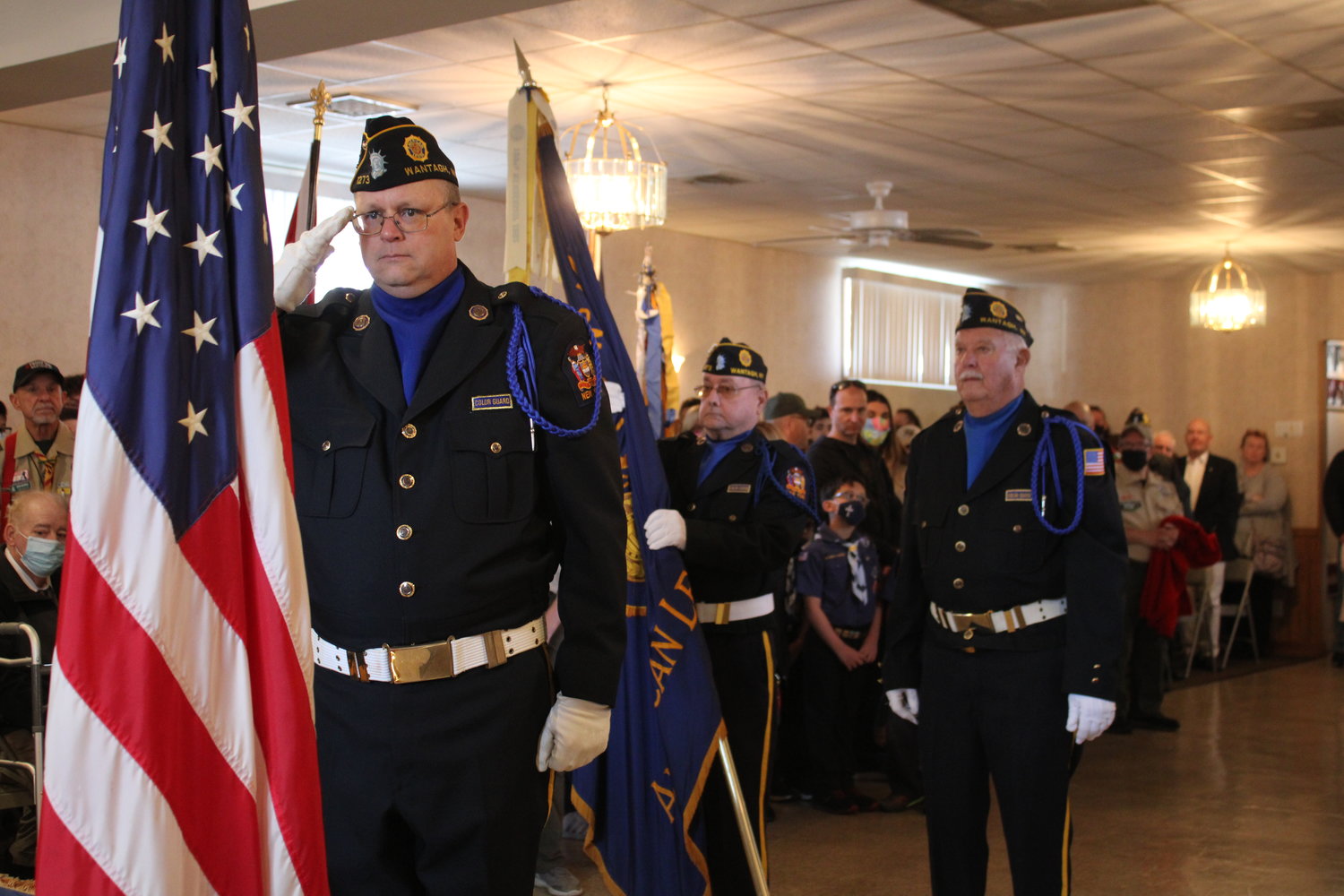 John Sottnik, the vice commander of the Wantagh American Legion Post, saluted the American flag during a Posting of the Colors at the ceremony.
KATE NALEPINSKI/HERALD 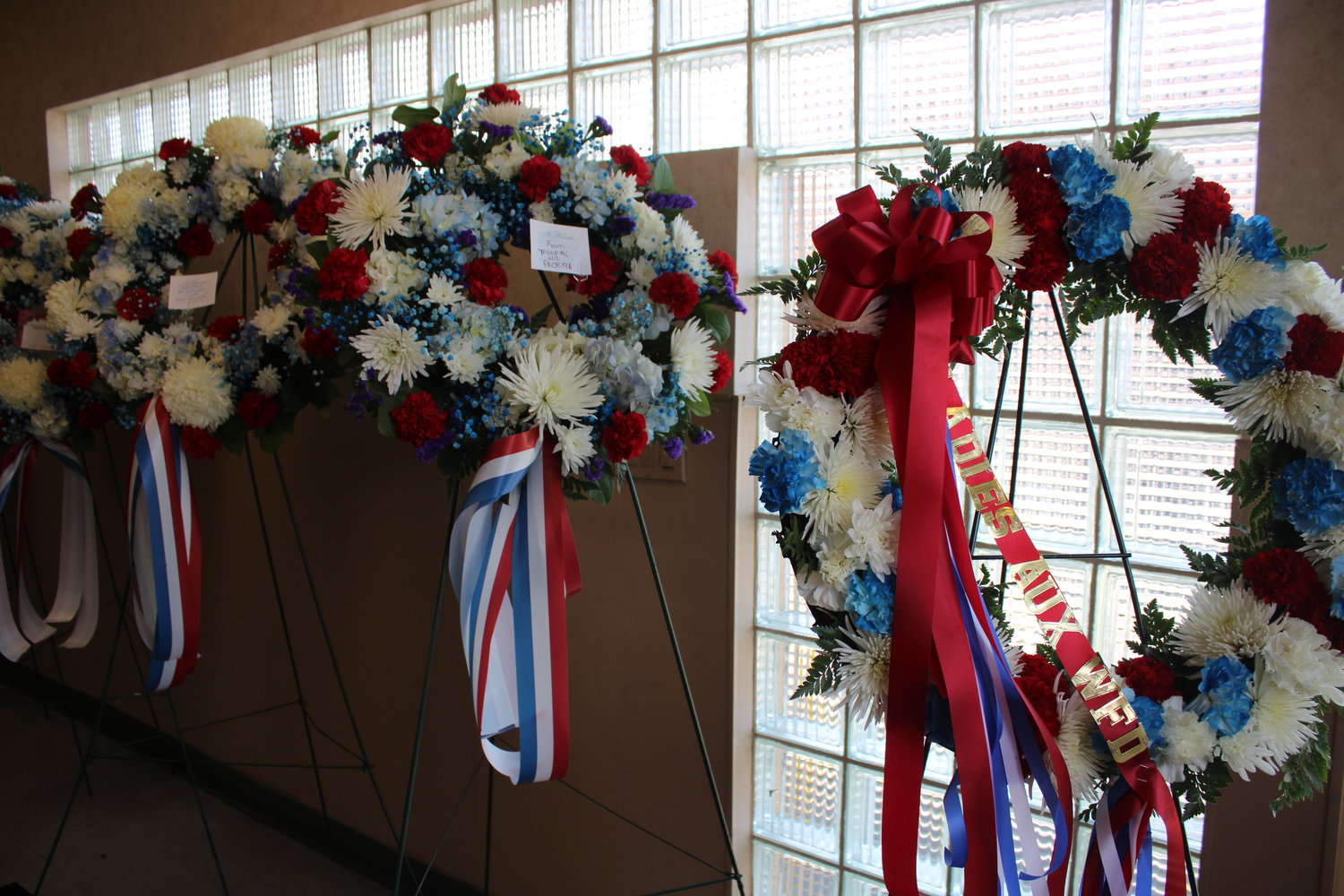 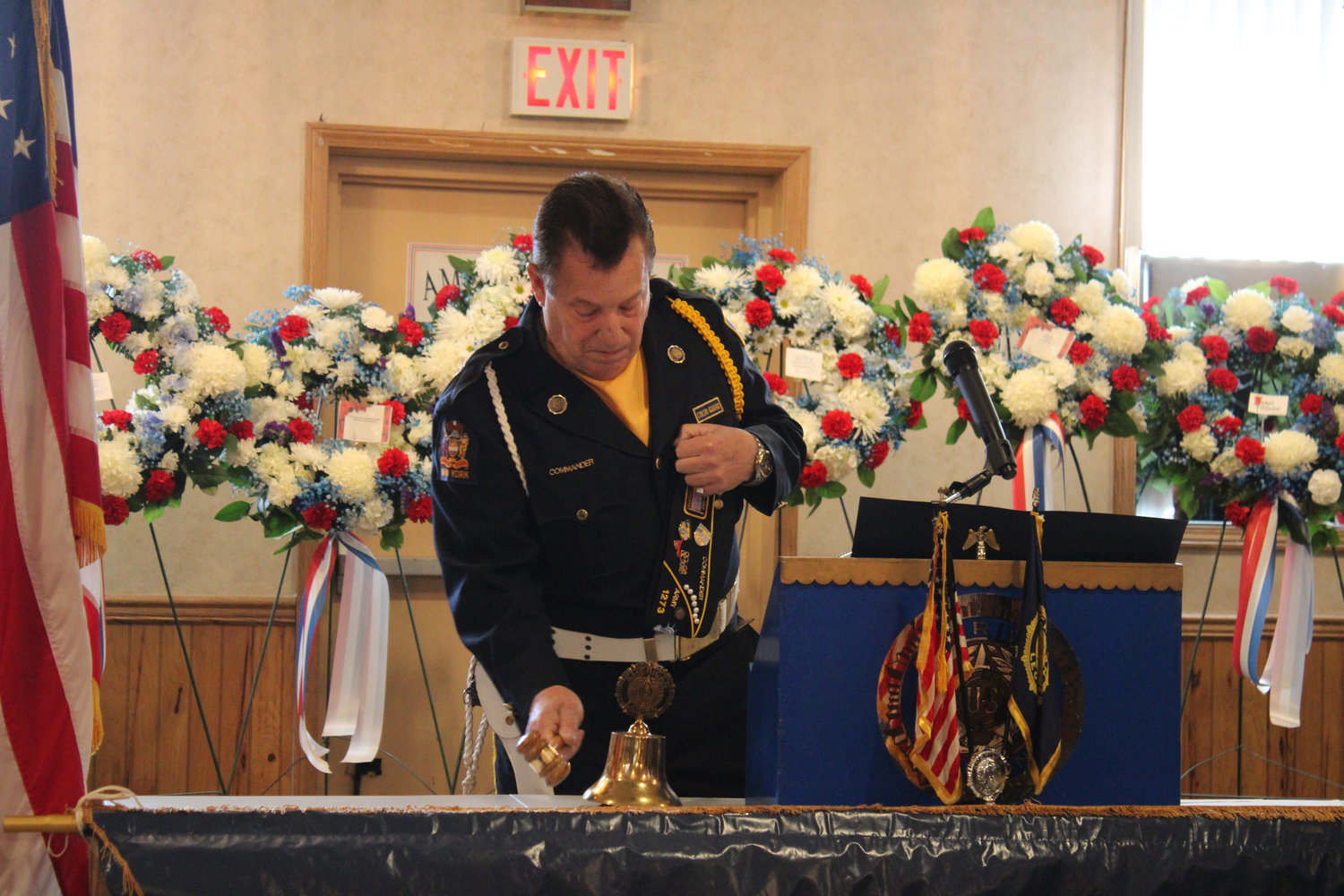 George Dibitetto, Commander of Wantagh American Legion Post 1273, rang a bell 11 times in recognition of the end of World War I.
KATE NALEPINSKI/HERALD 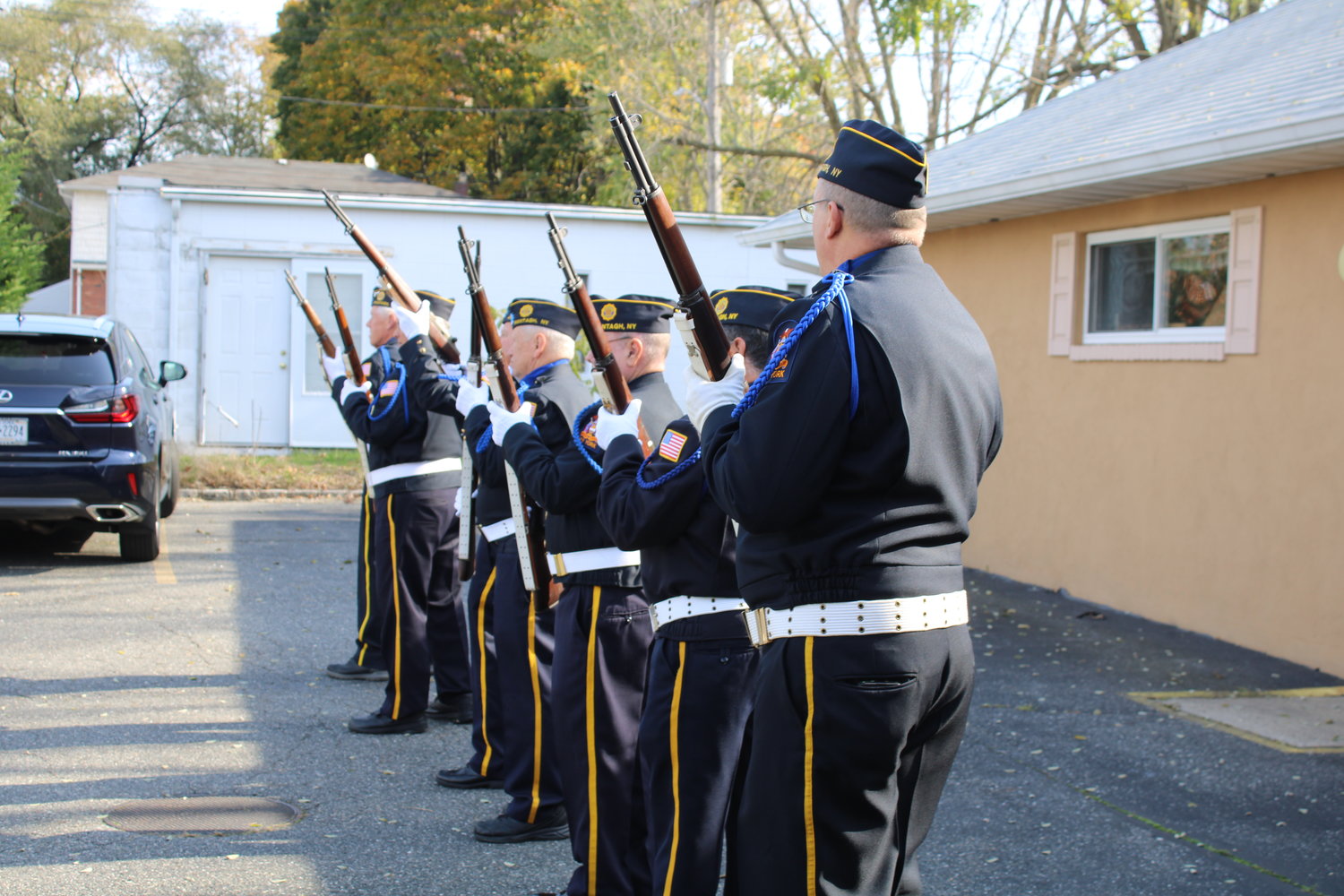 The Wantagh American Legion Color Guard fired bullets into the air outside of Post 1273 during the ceremony.
KATE NALEPINSKI/HERALD 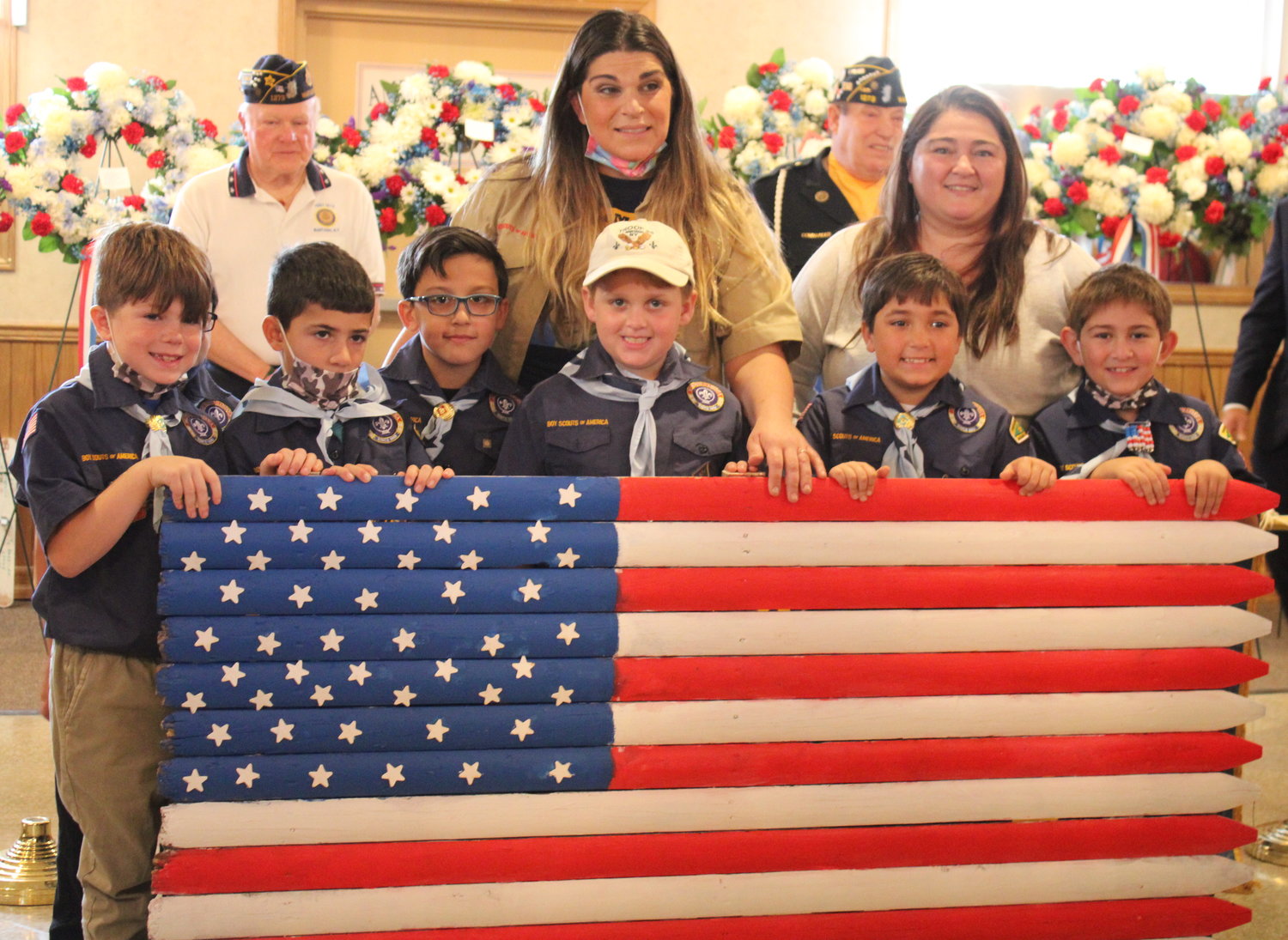 The Wantagh community came out to support veterans at the Wantagh American Legion’s Veterans Daymemorial on Nov. 11.

The ceremony, which began around 11 a.m. at the Legion post on Park Avenue, welcomed local Boy and Girl Scout Troops, community members, veterans, elected officials and others for a roughly 20 minute ceremony that remembered veterans and current service members.

“A veteran is someone who, at one point in his life, wrote a blank check payable to the United States of America for the amount up to, and including their life,” George Dibitetto, Commander of Wantagh American Legion Post 1273, said. “That is an honor, and there are too many people in this country who no longer understand that.”

“It takes somebody special to place themselves in harms way in a foreign country, in a foreign land, for the benefit others – and that’s what our veterans do, day in and day out,” Hempstead Town Councilman Chris Carini said during the ceremony. “They provide the blanket of freedom that we all enjoy.”

The ceremony concluded with a Presentation of the Colors from Legion members.