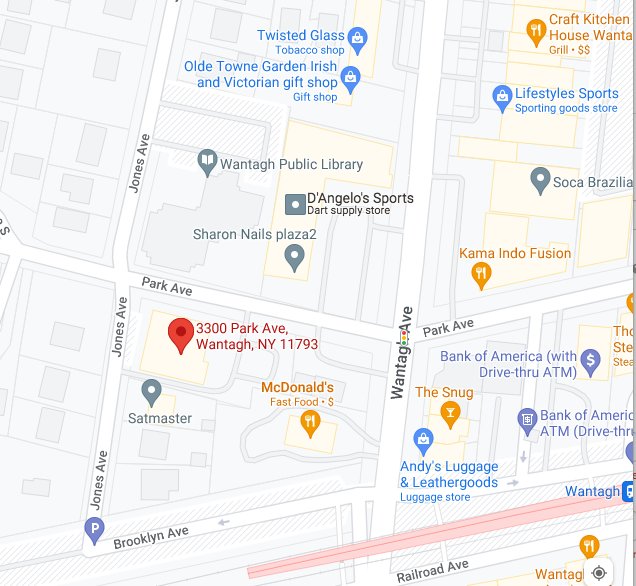 A Seaford man was arrested on July 8 for the attempted robbery of the Bank of America at 3300 Park Ave., in Wantagh two days earlier, police said.
Google Maps
By Jeff Bessen

Nassau police arrested Seaford resident Anthony J. Trentacosta for the attemp;ted bank robbery of the  Bank of America at 3300 Park Ave., in Wantagh, on July 6 at 9:50 a.m.

Trentacosta, 30 of Shore Road, allegedly presented a note to a teller demanding money, police said, adding that the woman did not comply, and the man left through the bank’s back doors. There were four employees inside the bank at the time. There were no reported injuries, police said.

The subsequent investigation found Trentacosta at his home on July 8 at 10:46 a.m., police said. Charged in two unrelated domestic incidents on June 19 and July 8, Trentacosta is charged with third-degree attempted robbery, fourth-degree criminal mischief and criminal obstruction of breathing.

He was arraigned in First District Court in Hempstead on July 9.