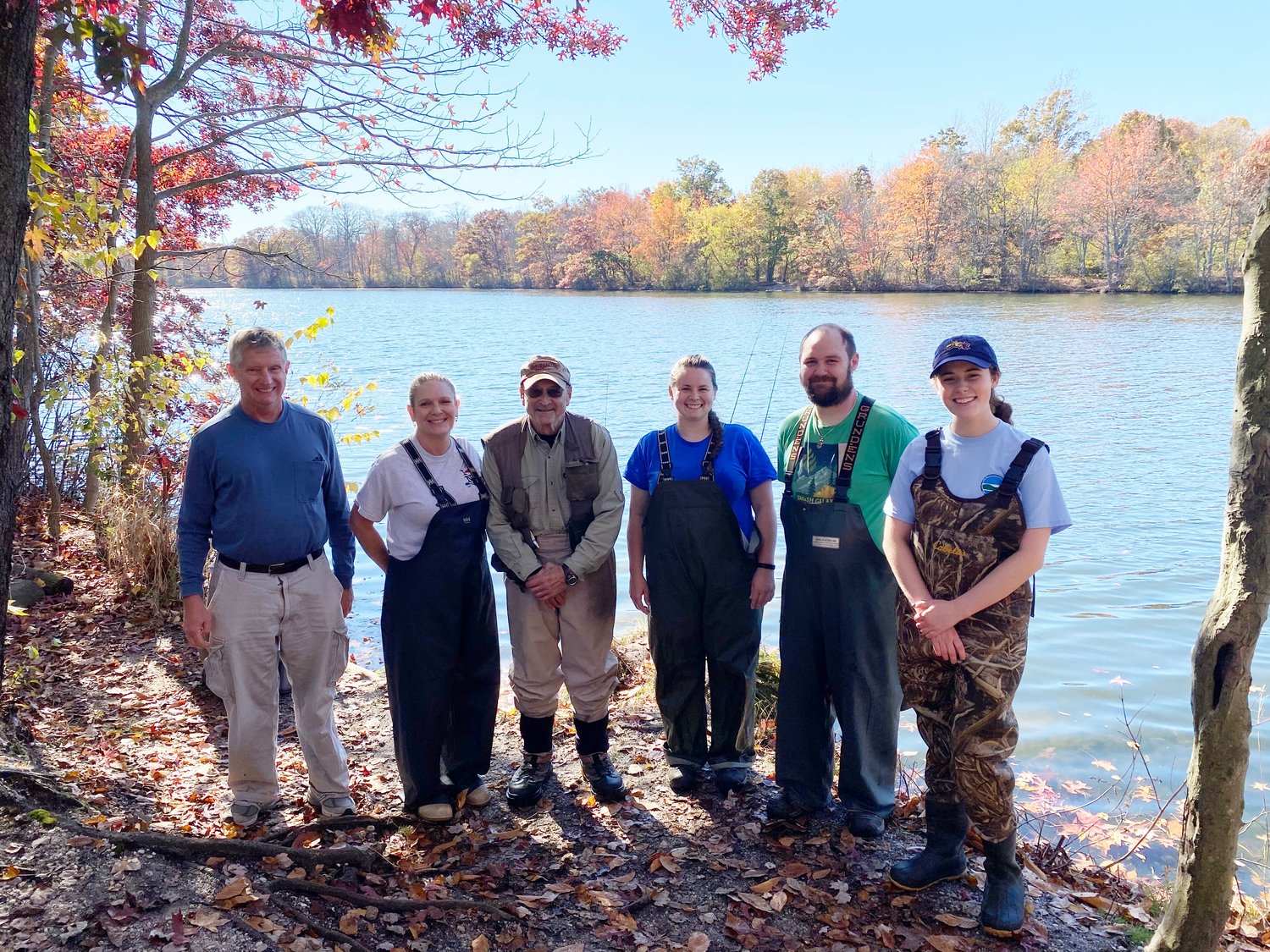 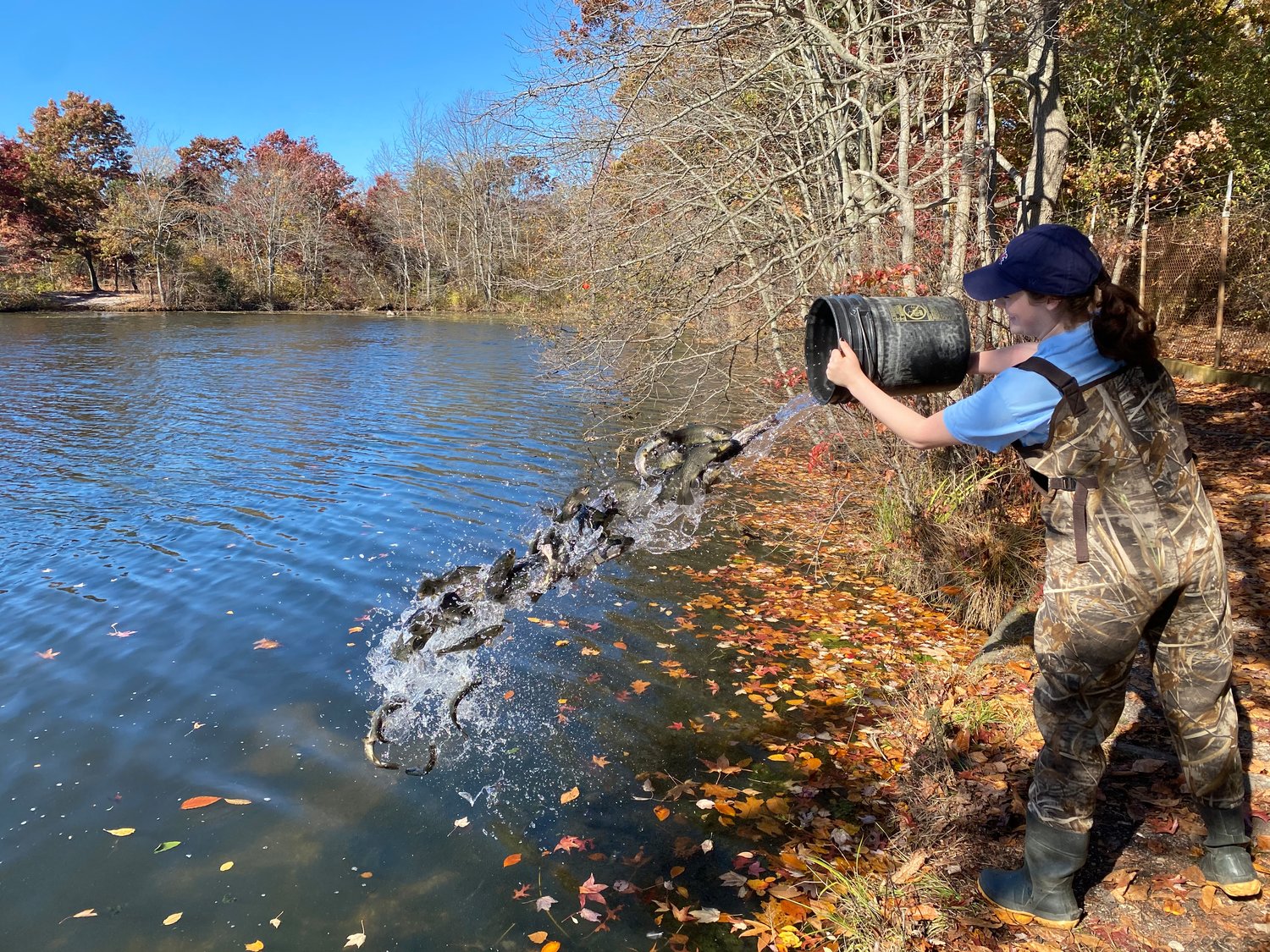 Lauren Tuffy tosses a bucket of trout into the lake. Tossing them in gives them a necessary jolt to help ensure their survival.
Michael Malaszczyk/Herald photos 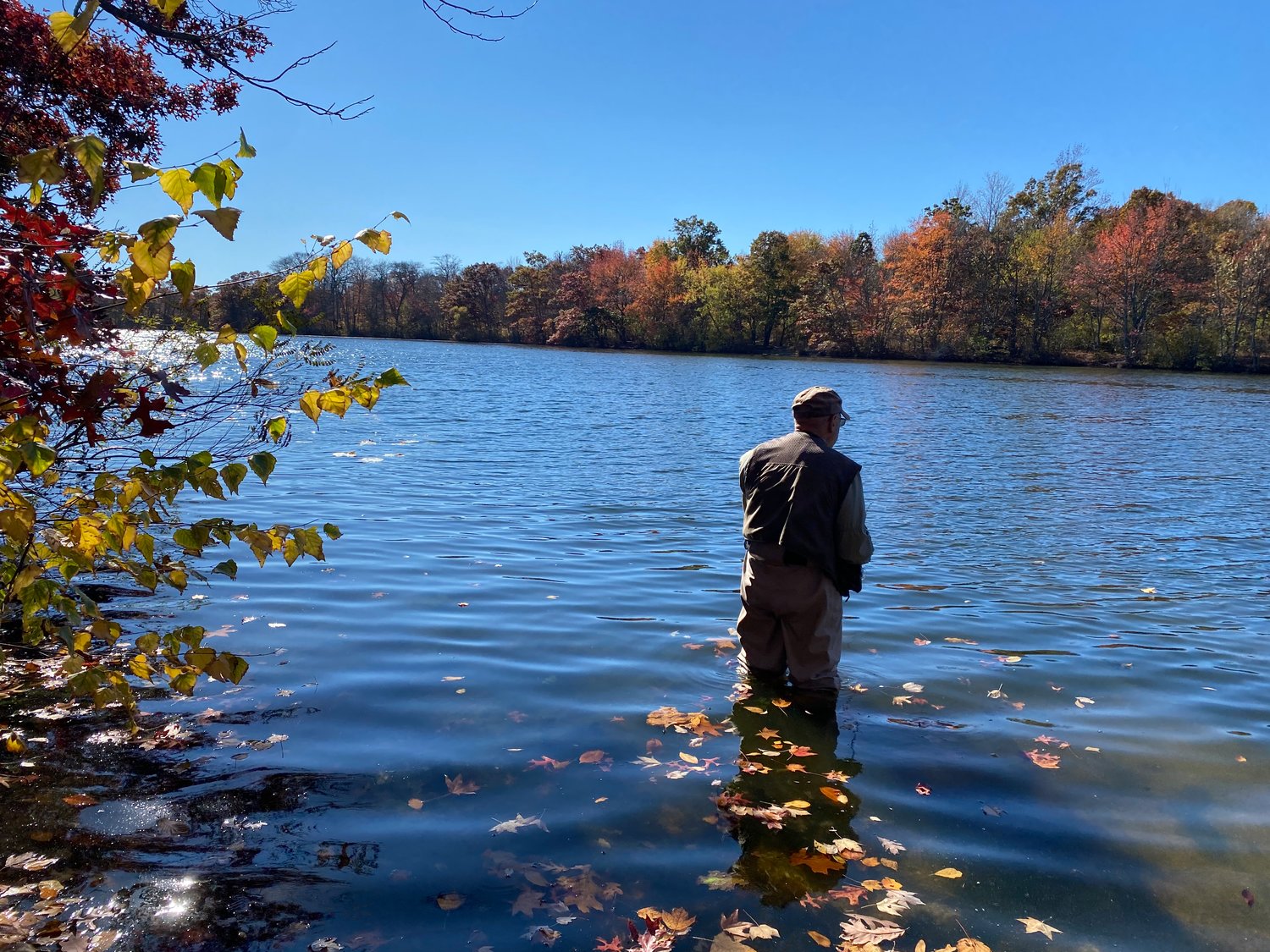 Shortly after the stocking, Marty Weinstein, who helps the Department every year, tried his hand at catching some of the trout.
Michael Malaszczyk/Herald photos 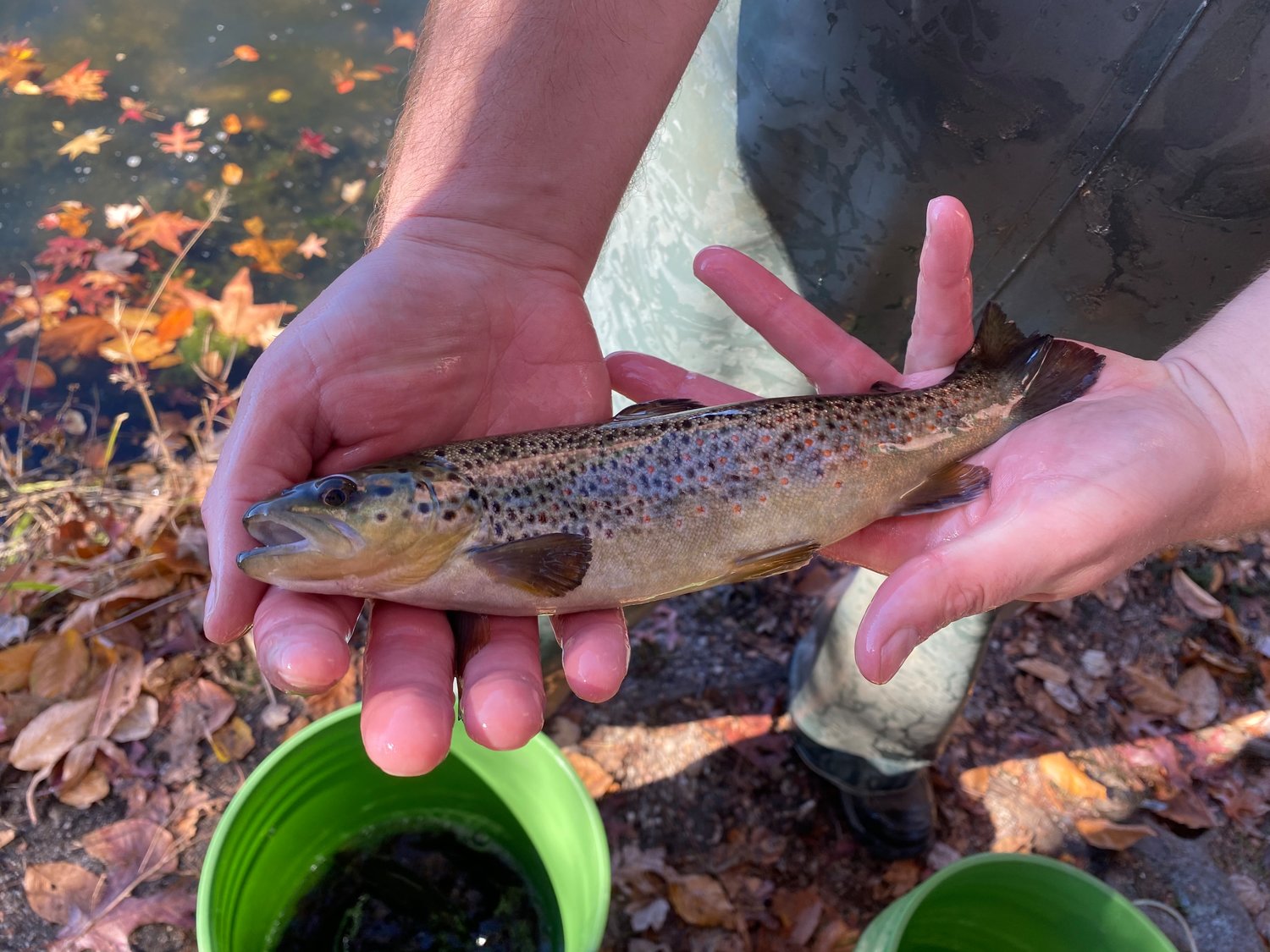 Brown trout were the species stocked on Nov. 3. Brown trout are more likely to survive through the winter than other species in the hatchery, and are selected to keep fishermen busy until spring.
Michael Malaszczyk/Herald photos
Previous Next
By Michael Malaszczyk

The bass might have gone into early hibernation for the winter, but there’s still plenty to catch at our local lakes.

Twin Lakes Preserve is home to three easy-to-access ponds, Upper Twin Pond, Lower Twin Pond, and one unnamed pond. All of these ponds are teeming with life, featuring largemouth bass and pickerel to catch, as well as pan fish such as bluegill, perch, and crappie.

But every year as temperatures cool, these native fish begin to slow down and eat less, making it harder for fishermen to catch anything. Luckily, the New York State Department of Environmental Conservation has the perfect remedy for that: trout.

On Nov. 3, the DEC brought brown trout down from its upstate hatchery and released them in a number of lakes and ponds on Long Island. The two closest to Wantagh and Seaford are Upper Twin Pond, which is in Wantagh, and Massapequa Reservoir, which is only a few miles east in Massapequa.

The DEC hatches other species, but chose brown trout for this specific stocking because they are hardier than some of their relatives.

“They struggle in water over 70 degrees,” Heidi O’Riordan, biologist at the NYSDEC, said. “So right now, they’re fine. And they’ll be fine through the winter if they’re not all fished out.”

Often, a few make it to the spring, but many do indeed get fished out. Trout are not native to Twin Lakes, so their sole purpose is to keep fishermen busy throughout the fall and winter. Anglers may practice catch and release, but they can also keep the trout for eating.

“They don’t establish any breeding population in these lakes that we know of,” O’Riordan added. “So the fishermen can take some home, with the limit being five.”

NYSDEC workers as well as volunteers assisted in the stocking, tossing buckets of trout into the water. According to Marty Weinstein, a local angler who partook in the process, tossing them in gives them a necessary jolt to help them survive in the lake.

Twin Lakes Preserve is officially located on Park Avenue, but has multiple access points along both Park Avenue and Old Mill Road.