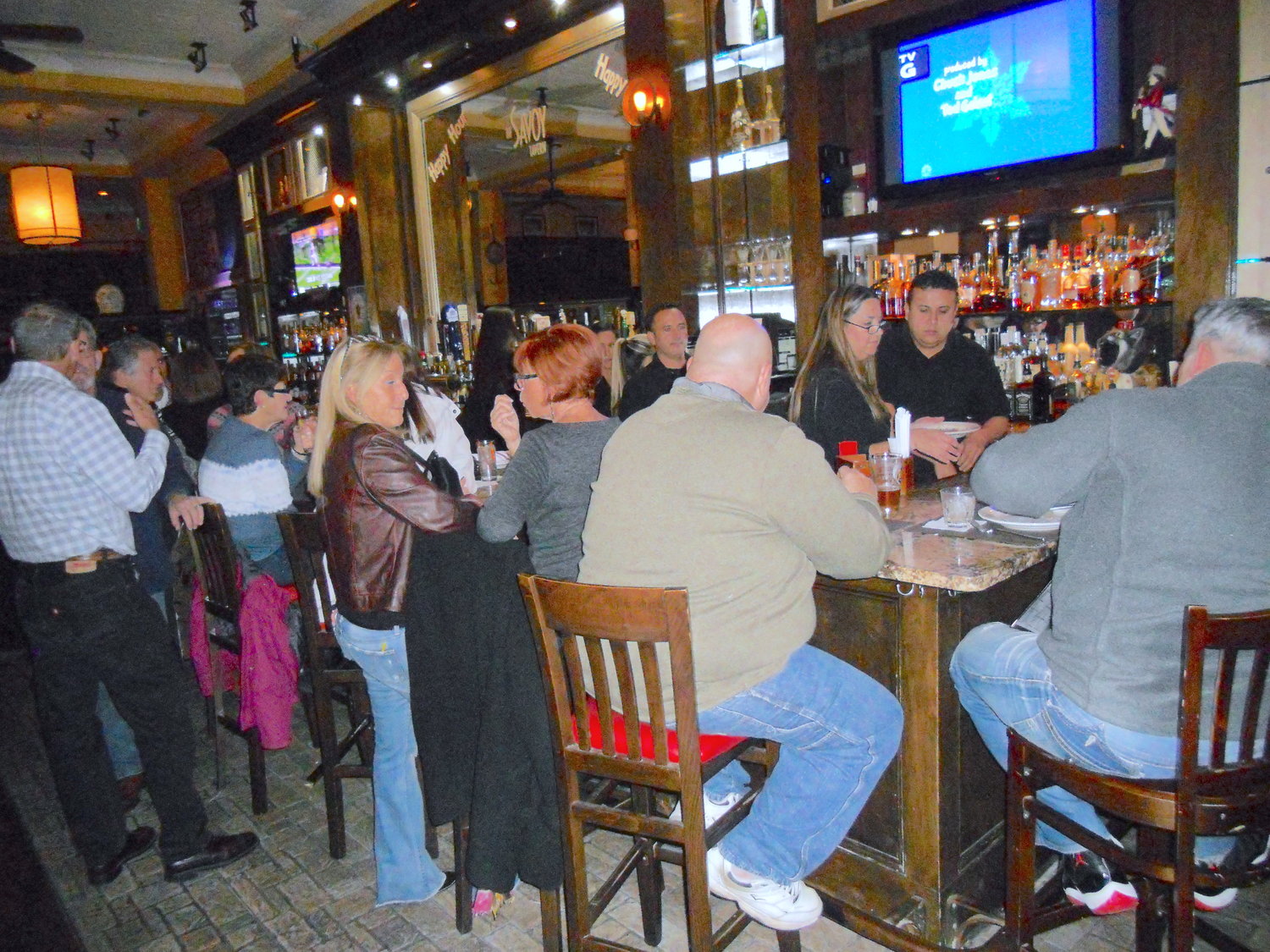 The Sanford H. Calhoun High School Alumni Association has a couple of things it strives to do — connect Calhoun’s graduates and highlight their accomplishments, and inspire future, graduating classes to be the best they can be. With the end of the year quickly approaching, the association is working towards wrapping up its annual festivities with its Friday After Thanksgiving party — better known among members as the “F.A.T Party” — and by taking applications for its Alumni Hall of Fame.

The alumni association has been together for about 30 years, although within the last 15 years, it has picked up more momentum, Donovan Berthoud, a board member explained. Berthoud, who graduated from Calhoun in 1975, works in the IT department of Hewlett High School, and is also a freelance photographer for the Herald.

In the past, the association would have an annual gathering at Belmont Park, where a Calhoun alumnus worked. When he moved, Berthoud said, that gathering tapered off. Recently, however, the association started to get back together at a party — on the Friday after Thanksgiving.

That annual party is fast approaching, and will take place on Nov. 25 at Tropix on the Bayou in Freeport.

The event will be free to enter, and half prized appetizers will be served. There will be a “Pick-A-Prize Auction,” and donations from that will help the association create awards and sponsor scholarships for graduating high school students. These students will be awarded likely sometime in May, when a Senior Awards Night usually takes place.

Being able to give back to future generations and honor past graduates is what the association is all about, fellow board member Denise Murphy McGraw explained. McGraw graduated in 1985, and joined the association within the last couple of years. Though she currently resides upstate where she runs a government relations firm in Albany, she still has a strong connection to Merrick, and Calhoun.

In addition to the party, the association is taking applications for its Hall of Fame through Dec. 1 — and its open to virtually anyone who’s graduated from Calhoun.

“It’s for all graduates, not just athletes,” Berthoud said. “A lot of times when we see awards at high schools, people are thinking athletes — they’re not thinking that there’s doctors, lawyers, entertainers out there that have done something over the last 20 years and that they deserve to be in the hall of fame.”

“I think that really what’s so special about it is that there’s a lot of untold stories in our community,” McGraw added. “People have become very, very successful, based on their experiences in our community, growing up and going to Calhoun.

“I think it serves as an inspiration for current students, and it gets more people engaged and it celebrates our community,” she went on. “I think at the end of the day, what we really always hope to do is be able to celebrate Calhoun.”

The association has a committee in place that will be vetting all applications, McGraw said. People can nominate themselves to be inducted, or nominate someone else. Once the applications are processed, the association will inform those being inducted by the end of January, and an awards ceremony will take place in April. Retired teachers and staff will also be honored.

Requests for information about the application can be sent to CalhounAlumni2@gmail.com.

“We’re just a volunteer organization — we have virtually no overhead,” McGraw said. “We really just try to focus on the alumni in the community — and throughout the country — and focus on the next generation, and those kids that are really doing outstanding things as current students.”