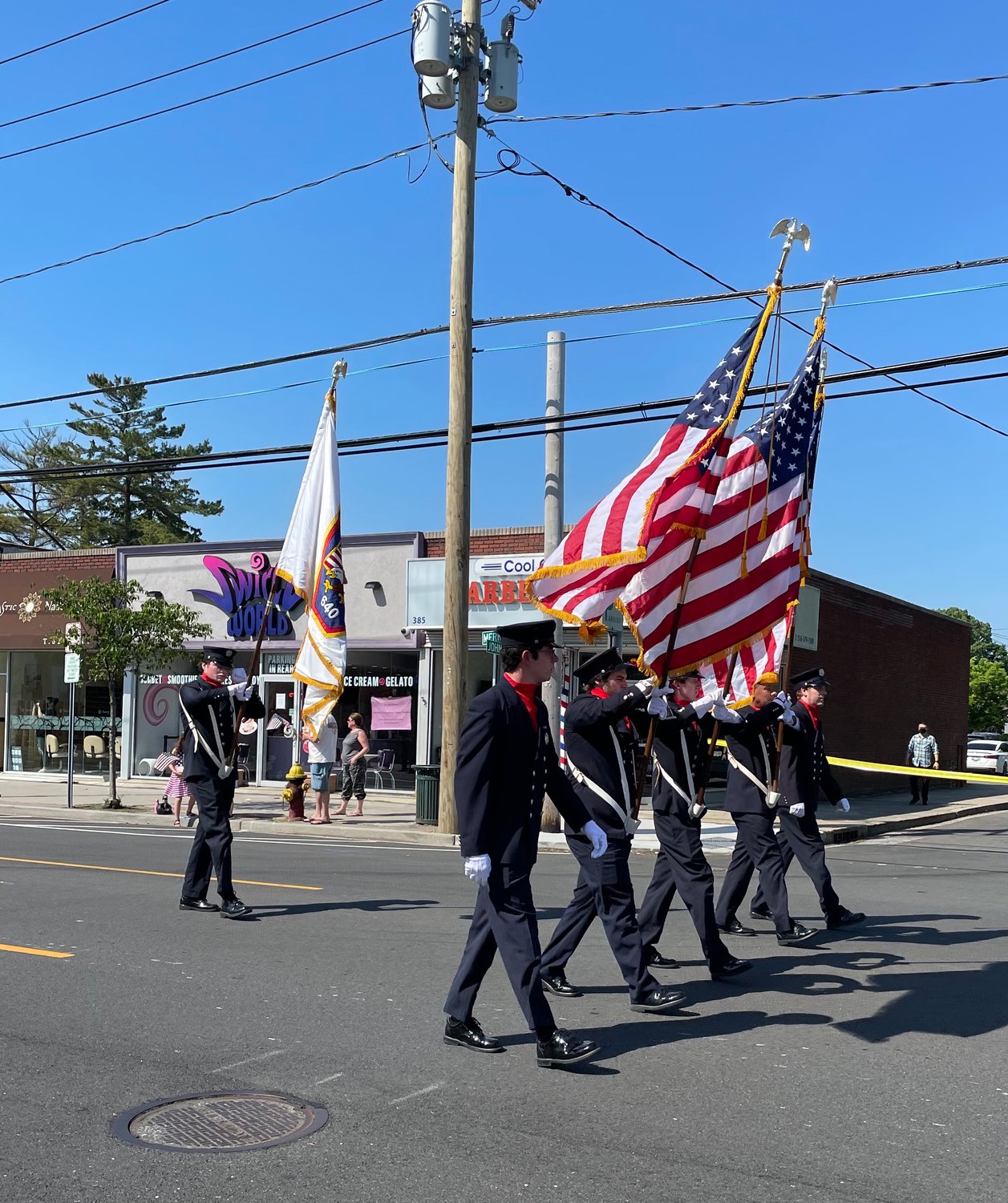 The Merrick Fire Department is ready to host the Sixth Battalion Parade & Drill this weekend, featuring all of Bellmore-Merrick’s fire departments. Above, the Merrick F.D. took part in Merrick’s Memorial Day Parade earlier this year.
Jordan Vallone/Herald
By Jordan Vallone

The Merrick Fire Department is gearing up to host the Sixth Battalion Parade & Drill this weekend.

The festivities will kick off with an early-Saturday drill, at 10 a.m., at the Four Towns Training Center on Merrick Road. Later that day, departments in the battalion will march through the streets of Merrick, and enjoy an after-parade festival in the lot of the Merrick Train Station.

“The firefighters race against each other to compete in certain events to get the fastest time,” he explained. “Instead of vehicles — they’re pulling carts. You need people running down with the cart, pulling the ladder. There is a lot of strength and endurance involved in these events.”

Over the years, drill events have become very competitive, he said. The top 5 teams will be awarded trophies, followed by a parade of champions around the circuit. “The winners of the drill get on one of their fire engines, and they parade around the track with their trophies,” Luparello said. “This is a longstanding tradition.”

Luparello said the drill should take about 3 or 4 hours to complete, and it will be free of charge to enter. Later on Saturday, at 6 p.m., the fire departments will also take part in a parade, that follows a non-traditional parade route through Merrick.

Starting on Meadowbrook Road, the parade will go south on Babylon Turnpike, and make a left onto Smith Street, before turning right on Merrick Avenue. It will take the fire departments directly through some residential areas.

Thelma Avenue, Elsie Avenue, Gormley Avenue, and Carroll Avenue will be used as staging areas for the departments and temporarily closed. The parade, Luparello said, should at most take an hour-and-a-half to complete.

The competition for departments doesn’t end with the drill, either.

During the parade itself, there are various awards the departments can rack up, including Best Appearing Fire Department, among many others. An honor departments often aim to win is Most Members In Line — which means, by percentage, based on that particular department’s number of members, the one at the parade with the highest percentage of its men and women marching will take home the top prize.

Some guest departments from upstate-New York will also take part in the parade.

The day concludes with a festival in the train station parking lot in Merrick. There will be food trucks, refreshments, bounce houses and musical entertainment. During the festival, judges will tally the scores from the parade, and announce winners.

Luparello said, that despite the parade taking place residentially, the department will make sure everything is cleaned up afterwards. Trash receptacles will be available throughout all staging areas, and after all the festivities conclude, members will collect additional garbage. A final cleanup will take place the following morning, in case anything was missed on Saturday night.

The Merrick F.D., he added, is looking forward to hosting the events.

“The big part of this is that it is a tradition that has gone for many, many years,” he said. “In volunteer fire departments, the competition between departments has always been a big thing. We are just carrying on the tradition.”