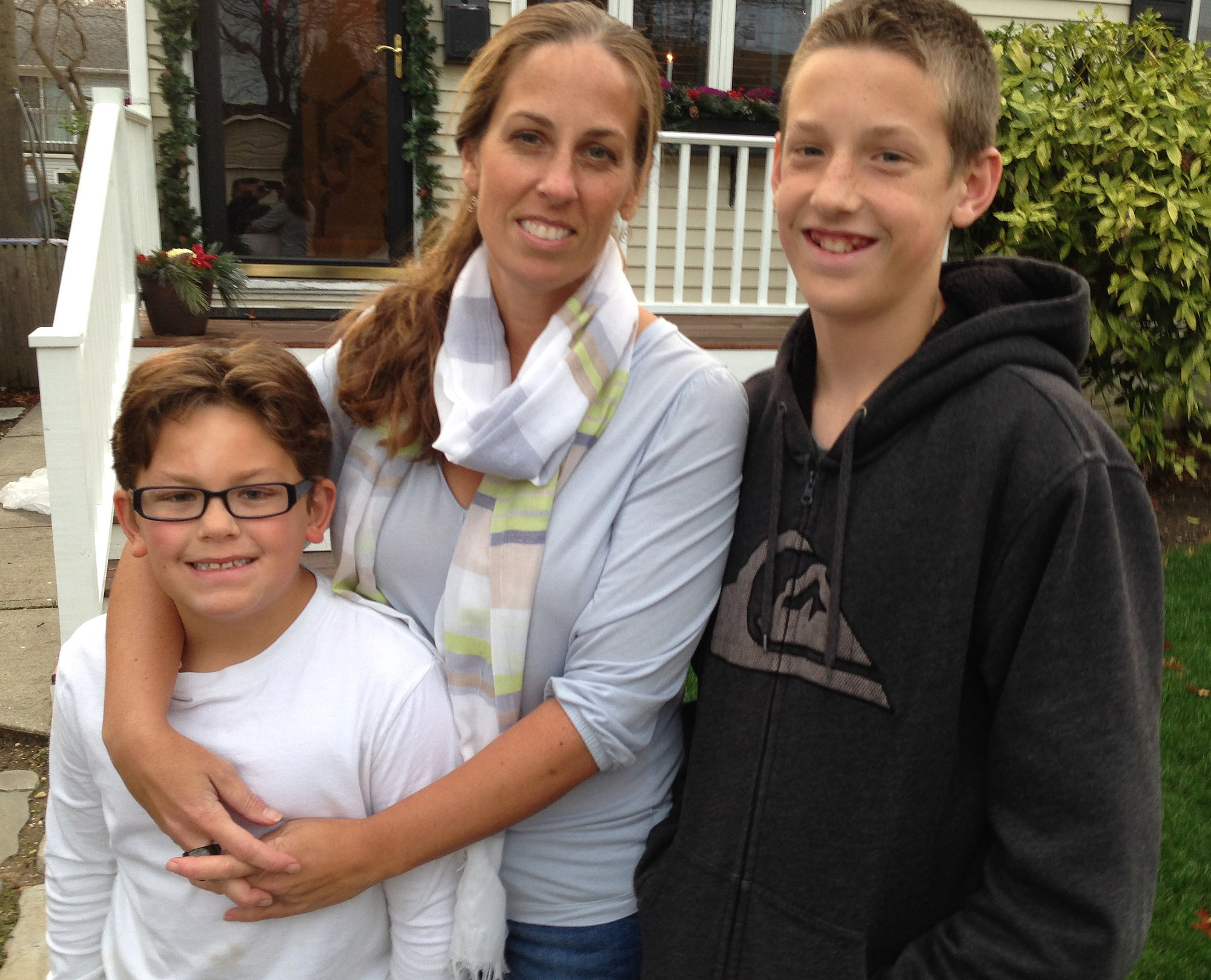 For all that Jeanette Deutermann has done to reform New York's education system, she is the Bellmore Herald Life's 2015 Person of the Year. She is joined here by her sons, Jack, left, and Tyler.
Scott Brinton/Herald Life

Previous Next
By Scott Brinton

Few educational policies have provoked such public sound and fury as the Common Core State Standards, which were adopted in 2012 by the District of Columbia and 42 states, including our own.

In New York, the spasmodic revision of the state’s educational curricula over the past three years set off a full-scale parent revolution, known as the “opt out” movement. It was, in large part, a direct response to the State Education Department’s attempt to force students to sit for grueling new exams — many longer than college finals — while providing little to no teacher training and support.

Into the chaos jumped Jeanette Deutermann, a Bellmore mother of two, in 2013. Like so many parents, she was angry. Her boys, Tyler and Jack, who were both in elementary school when the Common Core standards were first handed down, were well-adjusted, happy children. The pressure to perform on mandatory state exams, which many educators and parents said were one to two grade levels above most students’ abilities, took its toll, though. Her children, like so many students, suffered from extreme test anxiety.

That was when Deutermann said enough was enough. Rather than complain about the state’s educational policies in small circles of local parents, she took to social media. Nearly three years ago, she started the Long Island Opt-Out Facebook page, which implored parents to opt their children out of state exams. If enough students refused to take the tests, Deutermann reasoned, the state would have to alter its course.

Her Facebook page rapidly ballooned into a full-scale campaign. As of this writing, the page had 23,200 friends, and last spring Long Island led the statewide opt-out movement, with more than 87,000 students in grades three to eight — roughly half of all Long Island students at that level — refusing to sit for the state exams. Across New York, some 200,000 students didn’t take the tests.
State officials had to listen.

For all that Deutermann, 42, has done for the children of New York, we proudly name her the Bellmore Herald Life’s 2015 Person of the Year.

Unserviceable flags given a dignified disposal

Book Buddies visited by a dog of many vests