Thank you, Jack, for 50 years of service 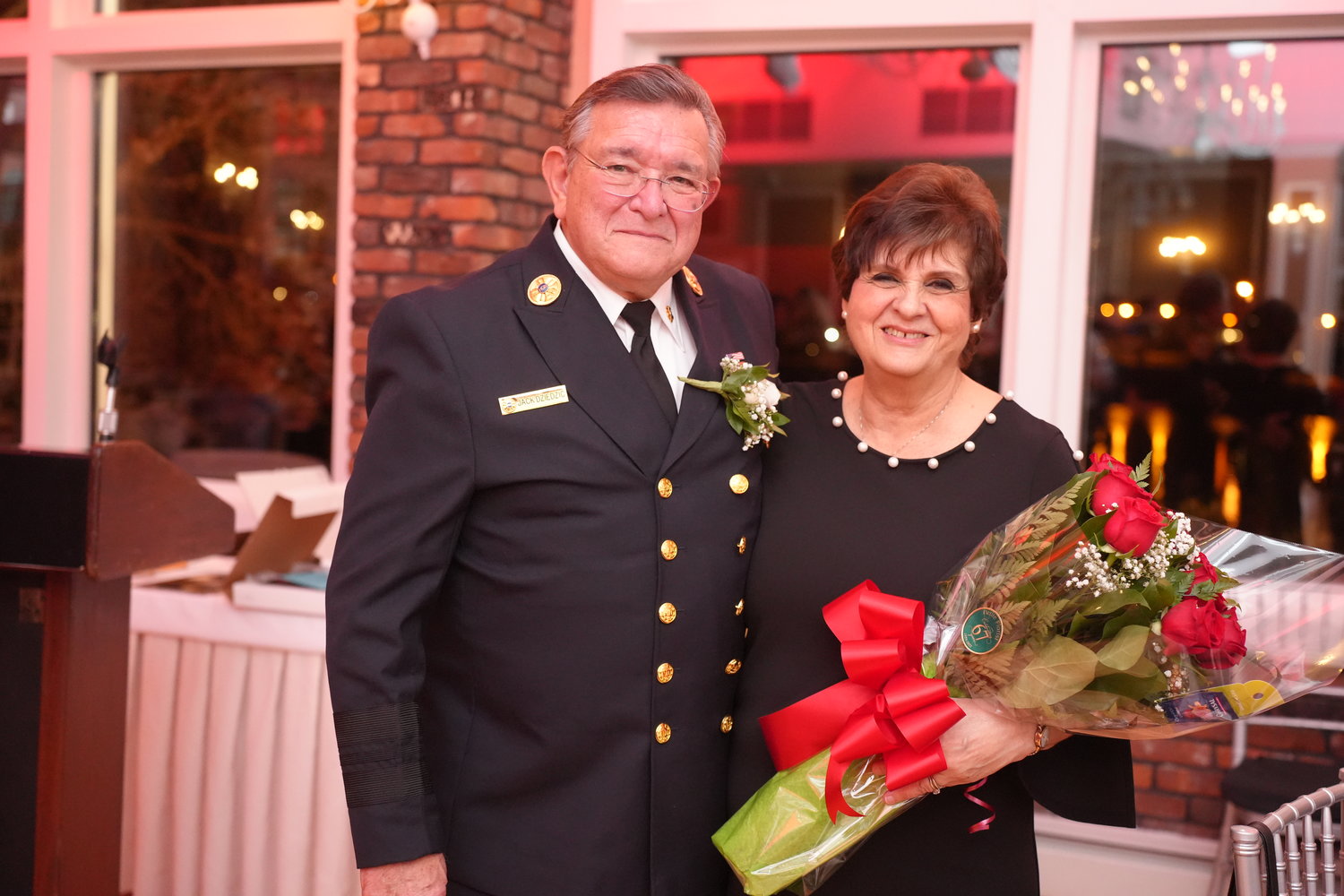 Jack Dziedzic, ex-captain and a trustee for Merrick Hook and Ladder Company No. 1, was honored this weekend for 50 years of service to the community. Dziedzic, above, with his wife, Emily.
Tim Baker/Herald photos 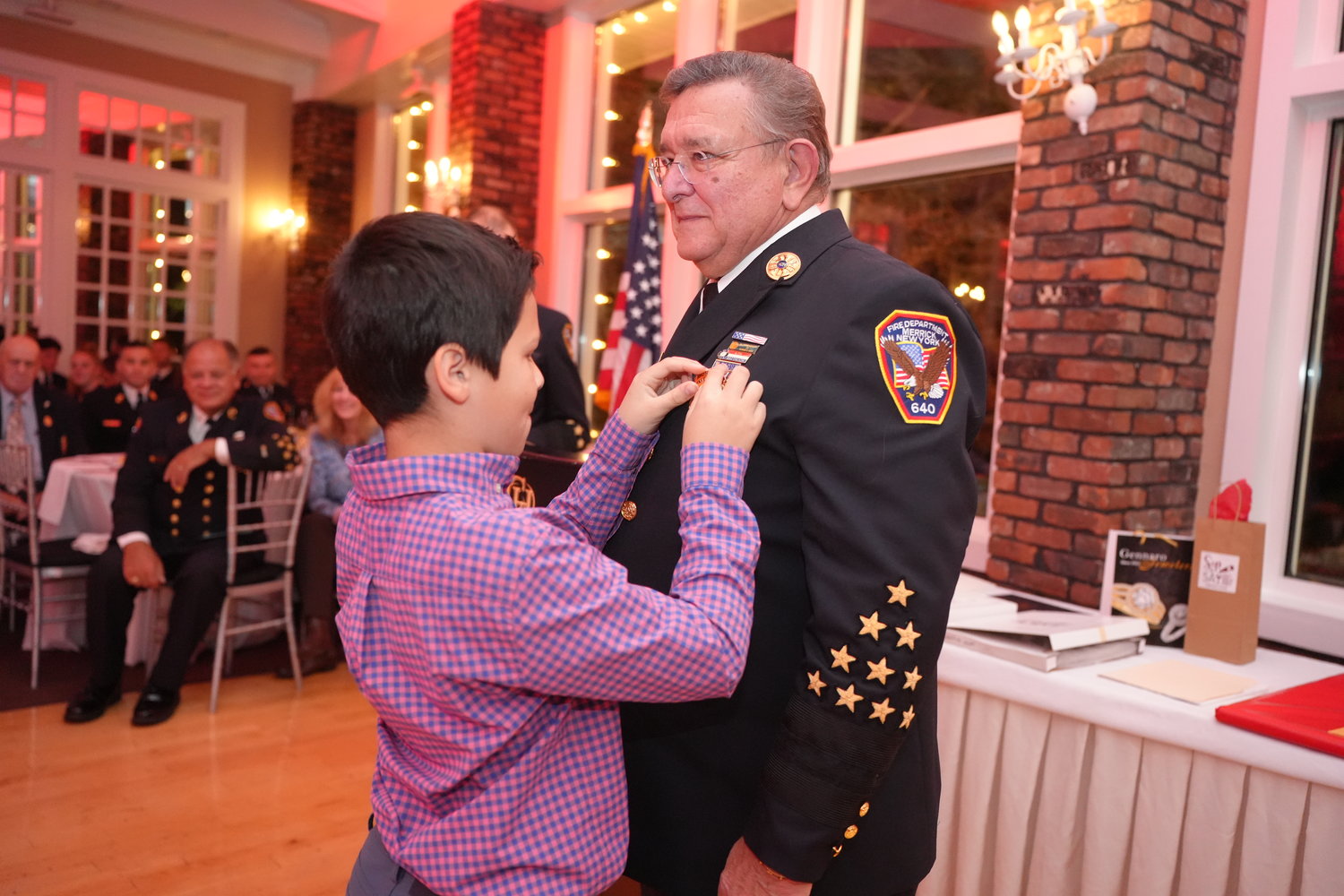 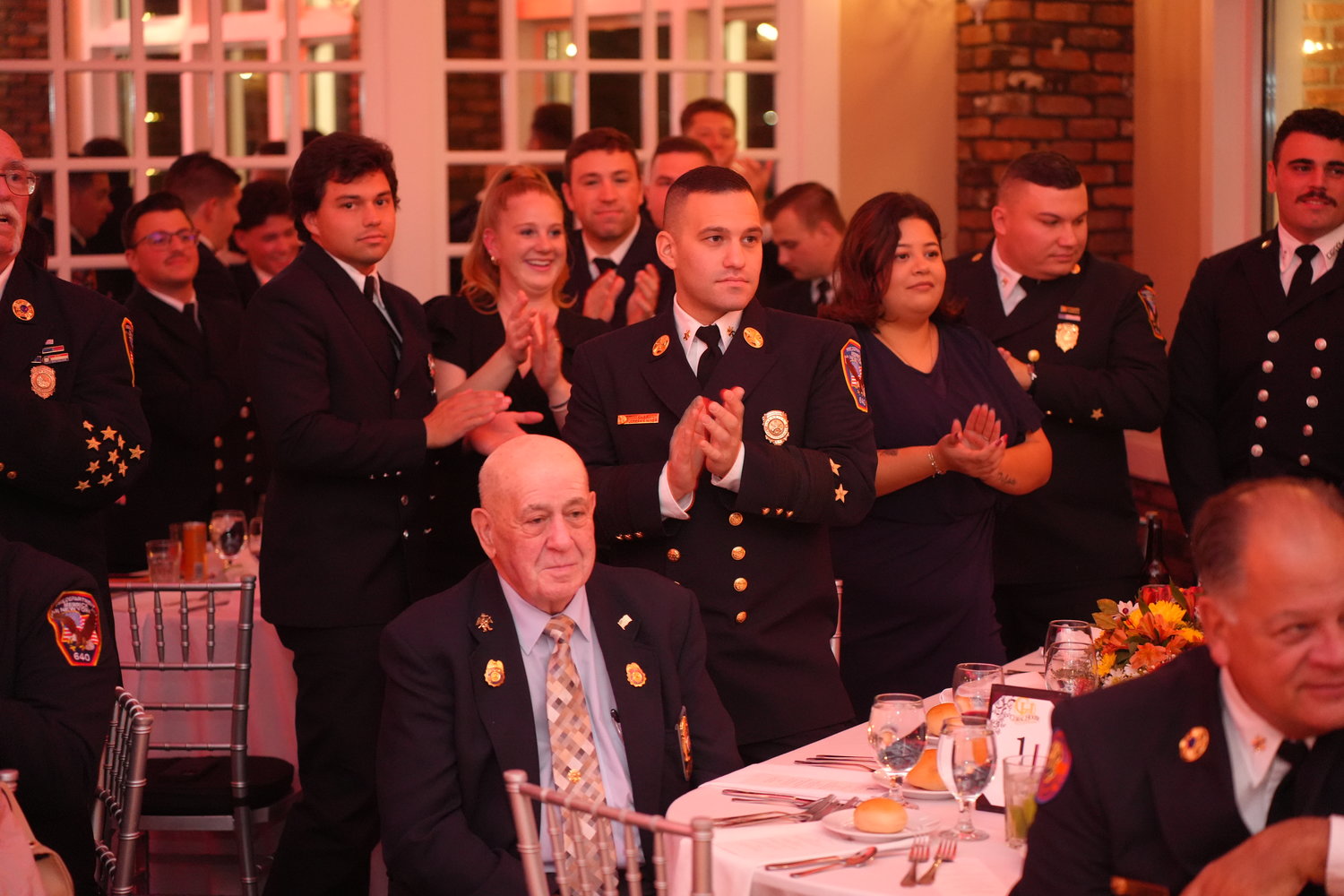 Dziedzic’s accomplishment was well received by members of not only his company, but others in the Merrick Fire Department.
Tim Baker/Herald photos 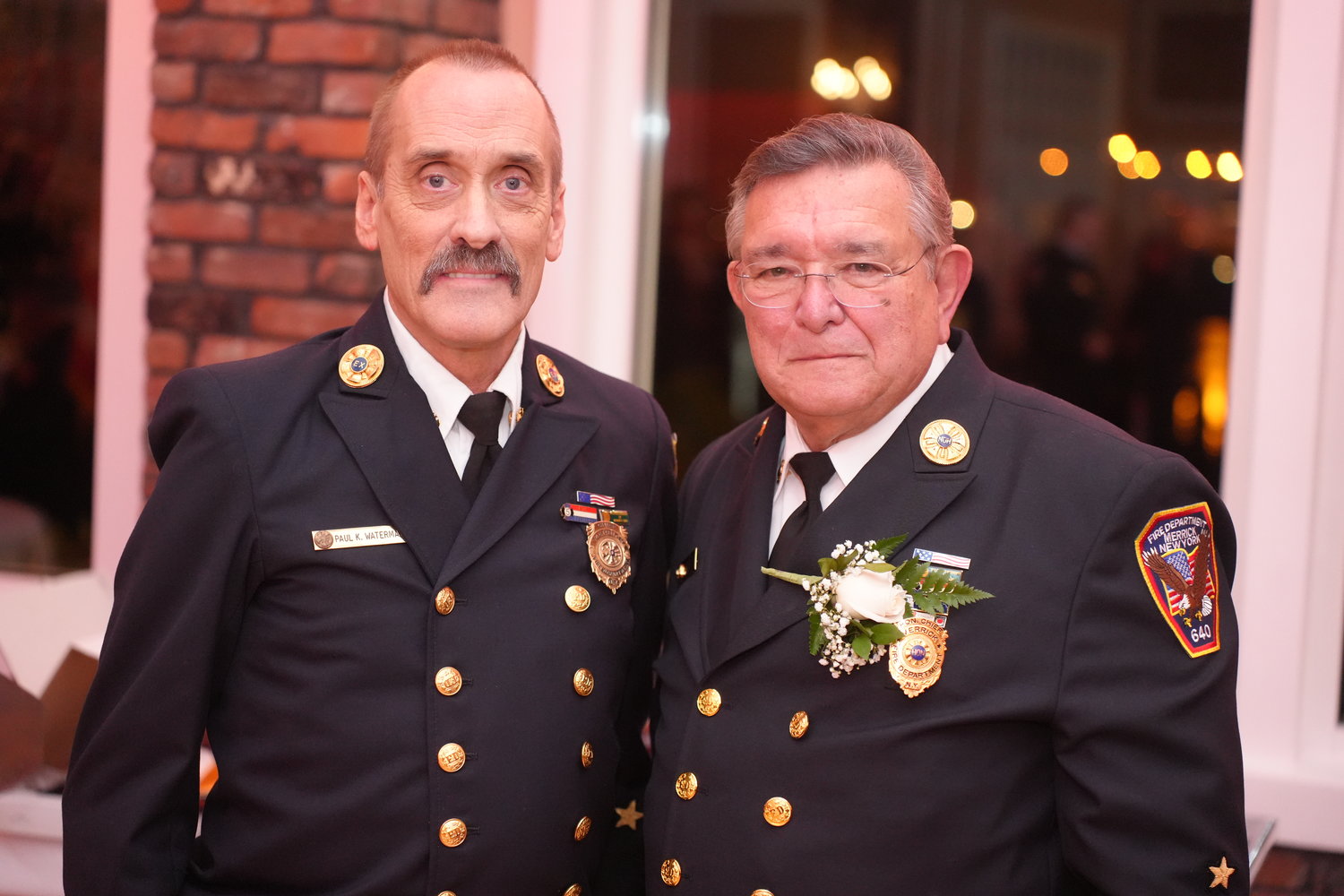 When John Dziedzic — better known as Jack — joined the Merrick Fire Department’s Hook & Ladder Company No. 1 in 1972, he likely didn’t realize how quickly 50 years would go by.

An ex-captain and company trustee for 30 years, Dziedzic has lived in Merrick his whole life — he graduated from Sanford H. Calhoun High School in 1968, married his high school sweetheart, Emily, in 1970, and raised their children Jennifer and John in the community. Starting as just a custodian for what was then Central District 3, Dziedzic later became the Director of School Facilities for the Bellmore-Merrick Central High School District, a role he remained in for many years.

On Saturday, the company gathered at a special ceremony, filled with lots of laughs and cheers, at the Coral House in Baldwin to pay homage to Dziedzic for his commitment to Merrick, and honor him for being an active member of the department for 50 years.

His career at the department has been full of many successes, Paul Waterman, an ex-chief and leader of the ceremony explained. In 2001, Dziedzic was part of a committee to help build a new firehouse.

“Guided by his extensive knowledge of public works projects, Jack led the way, and in 2005, the company dedicated our beautiful new firehouse,” Waterman said.

The firehouse, which the company still occupies, was so beautiful, it received national recognition in 2007 by Fire Chief Magazine, he added.

More than just a public servant, Dziedzic always lends a hand to his friends and fellow department members.

“He’s always there for us,” Waterman said. “Jack’s work connections and generosity have given many young men the start to a good, honorable career.”

Speaking directly to Dziedzic at the ceremony, Waterman said he’s a reason the firehouse stays running.

“Your untiring dedication and devotion to our company is extraordinary,” he said, “but you look at it as just doing your job. I’m blessed to know you and your beautiful family, our company has been so fortunate to have you, and we are also very appreciative of what you did and continue to do.”

Aside from Waterman, many company members took time during the ceremony to present Dziedzic with gifts, and thank him for all his years of service and leadership. Dziedzic was given an Honorary Chief title, and the pin was placed on Dziedzic’s uniform by his grandson Lukas.

The Firefighters Association of the State of New York also honored Dziedzic for his many years of service, and presented him a plaque. Jose DaRocha, who serves on the association’s board, shared a few thoughts.

“The Firefighters Association of the State of New York extends its thanks and appreciation to (Jack) for 50 years of loyalty to New York’s volunteer fire service and his community,” DaRocha said. “The association conveys to (Jack) its congratulations and very best wishes.”

The Merrick F.D. is made up of three companies, including Friendship Engine and Hose Company No. 2 and Empire Hose Company No. 3. Representatives from each also took part in the ceremony to thank Dziedzic for his commitment to not just Hook & Ladder, but the department as a whole.

At the end of the ceremony, Dziedzic took to the podium to then extend his thanks to his company, friends and family.

“I want to thank everybody for showing up today,” he said. “I really appreciate it. I’ve been a member here for 50 years, and I love it. I love the guys — everybody works together.

“Everybody has their differences here and there, but we’re one,” he added. “And that’s why we’re Company No. 1.”