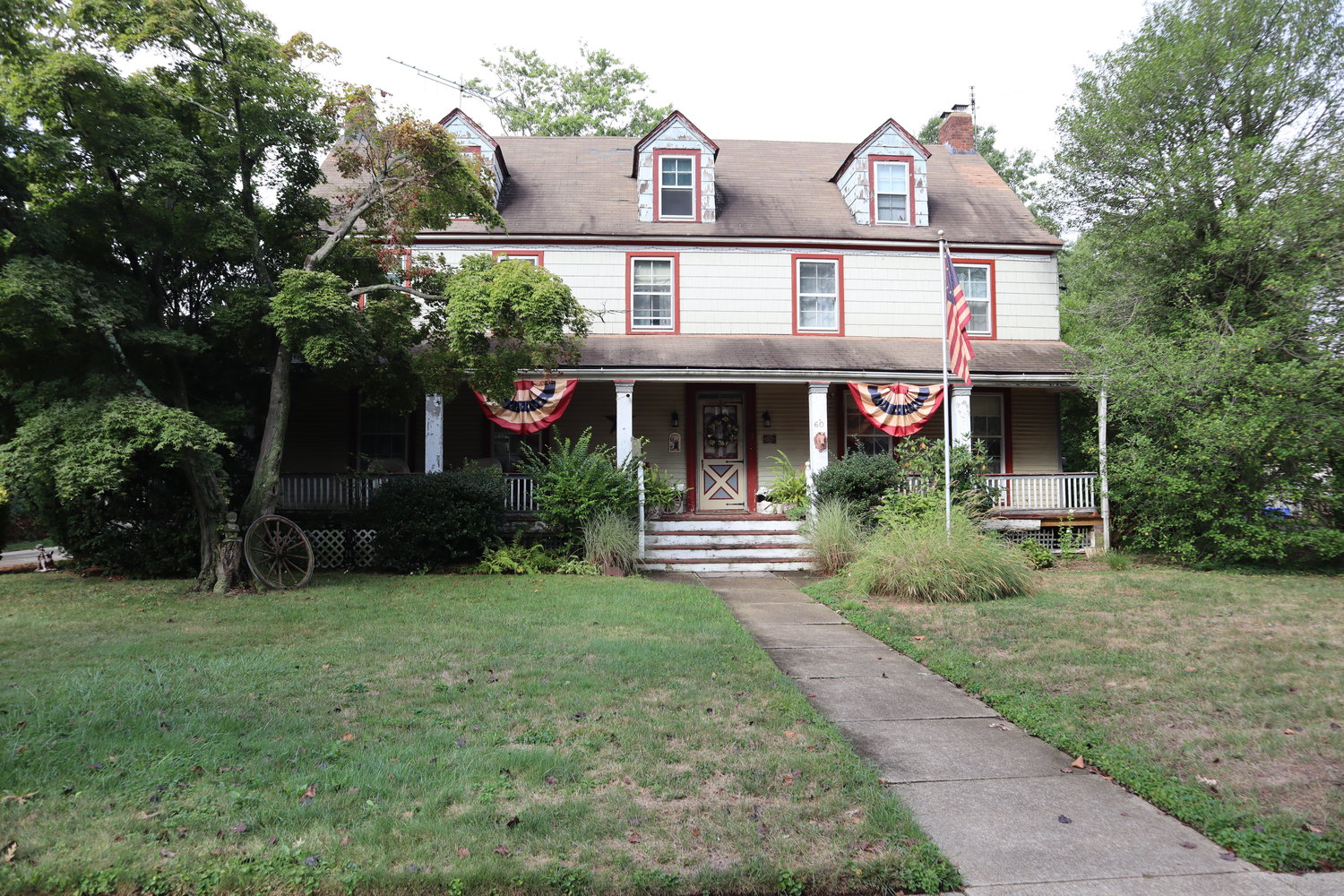 The historic Denton Homestead, at 60 Denton Ave. in East Rockaway was designated as a national landmark in 2014. It will soon be put up for auction by the Nassau County court system.
Daniel Offner/Herald 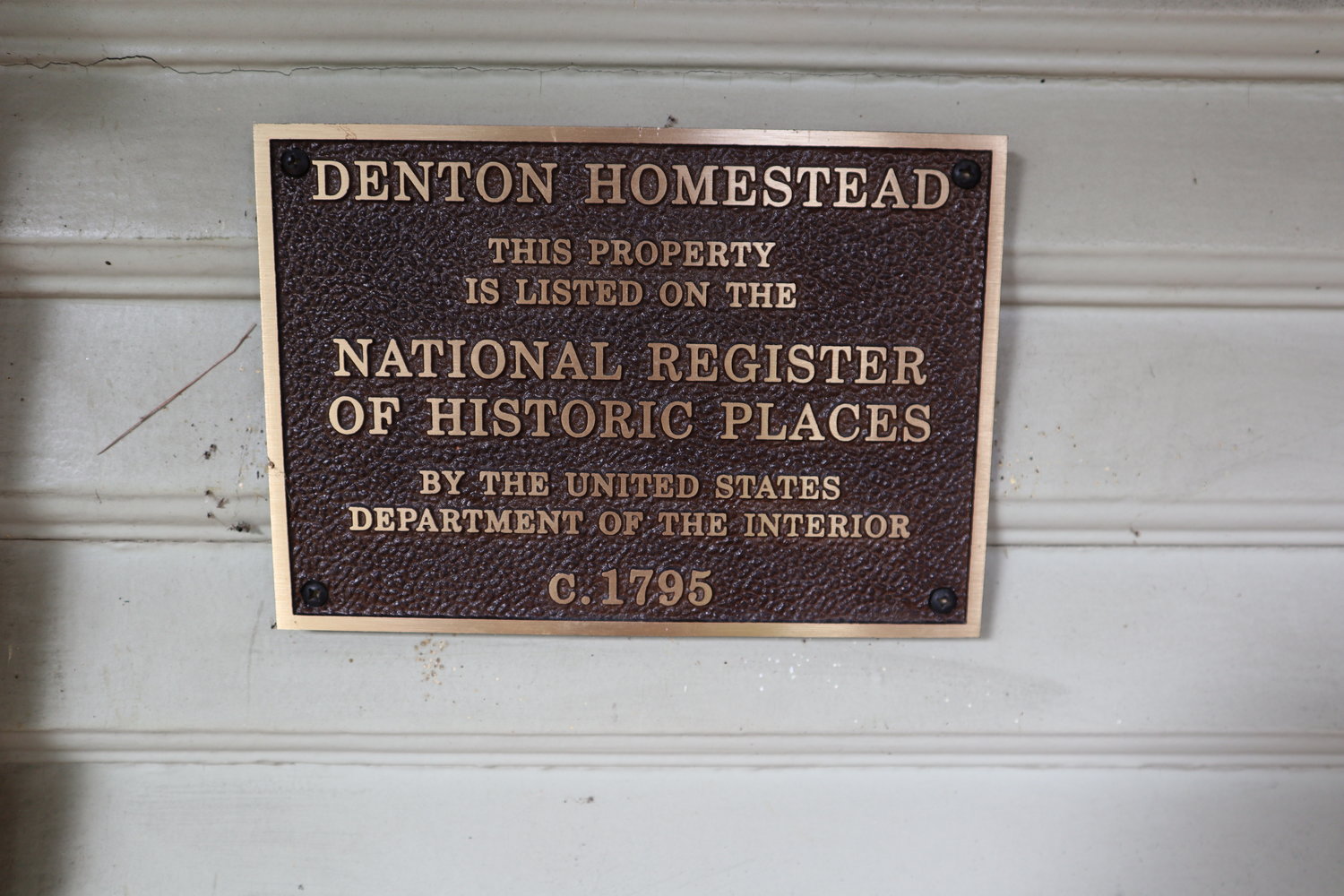 The Denton Homestead was designated a national landmark in 2014 and received a plaque in October 2016.
Daniel Offner/Herald
Previous Next
By Daniel Offner

A historic home in East Rockaway will soon hit the auction block, according to a notice of sale issued by the Nassau County Supreme Court.

“It would be a shame to lose this home which was built circa 1795,” Frank Torre, a member of the Historical Society of East Rockaway and Lynbrook, wrote in an email.

The Denton Homestead, at 60 Denton Ave., in East Rockaway, has been a fixture in the village for more than 200 years.

Based on the judgment of foreclosure and sale issued on June 13, by the court, the property will be put up for public auction at a price of $800,913.24, plus interest and costs. The foreclosure sale will be held on Sept. 27 at 2 p.m., on the steps on the north side of the courthouse, at 100 Supreme Court Drive in Mineola.

Built as a tavern for seafarers in the late 1700s, the property was later sold and, in 1808, converted into a homestead by Oliver Denton, a wealthy real estate mogul.

For four generations, the Denton family, after which Denton Avenue was named, played a significant role in the development of the Village of East Rockaway.

The home, which was moved twice over the past two centuries, retains many of its original features, including the doors, mantelpieces and hardware, which were made by 18th- and 19th-century blacksmiths.

It was first recognized as a national historic landmark in 2014, when Gov. Andrew Cuomo added it to the New York State Registry of Historic Places.

The designation automatically put the Denton Homestead on the National Register of Historic Places. While being added to the historic register does not give a home any official protection, it does make the property eligible for state and federal preservation grants and tax credits.

Following its designation as a national landmark, the Historical Society of East Rockaway and Lynbrook presented the owner with an official historic marker from the U.S. Department of the Interior on Oct. 8, 2016, and a year later the Town of Hempstead officially granted the homestead its landmark status, ensuring that the property would be preserved in its current form. That does not mean, however, that the property cannot be sold.

Hempstead town councilman and congressional candidate Anthony D’Esposito championed the house’s landmark status in 2017. He said that while the designation runs with the land, it does not prevent the property from being sold to the highest bidder.

“Change of ownership has no effect on the historical landmark,” D’Esposito said. “The new owner would not have the ability to make any structural changes or subdivisions. They would have to apply back to the historical committee for approval.”

Apart from the Denton family, only two other families have lived on the property—the Dengels and the Morrisons.

Ellen Morrison first acquired the property in 2004 and was instrumental in acquiring the homestead’s historic designation.

With help from Greg Dengel, who provided information and research on the history of the homestead in honor of his father, the late William E. Dengel, she was able to secure its historic designation with the New York State Office of Parks, Recreation, and Historic Preservation.

In 2014, when the state first added the house to the register, Morrison indicated that she sought the historical distinction in part to help protect the house.

“This register will not legally prevent it from being torn down, but hopefully it will help ensure that this house can stay true to its history for as long as possible,” Morrison previously told the Herald. “East Rockaway has been building away from its foundation recently and I’ve found myself asking, where’s the antiquity? I grew up in East Rockaway, and I wanted to preserve the history of this town, along with its antiquity and charm.”

Madeline Pearson, director of the Historical Society of East Rockaway and Lynbrook indicated that Morrison had been through the foreclosure process once before and had trouble maintaining the property.

Pearson said that Morrison loved the house where she had lived for almost 18 years and worked hard to preserve its more than 200-year history in the village.

Any potential buyers of the property would be required to maintain the homestead in its current condition, as it is deemed a historic landmark. Any alterations to the property would require the approval of the Town’s landmark commission.

Repeated attempts to contact the owner, Ellen Morrison, or Richard Morrison, the defendant named in the foreclosure proceedings, were not returned by press time.