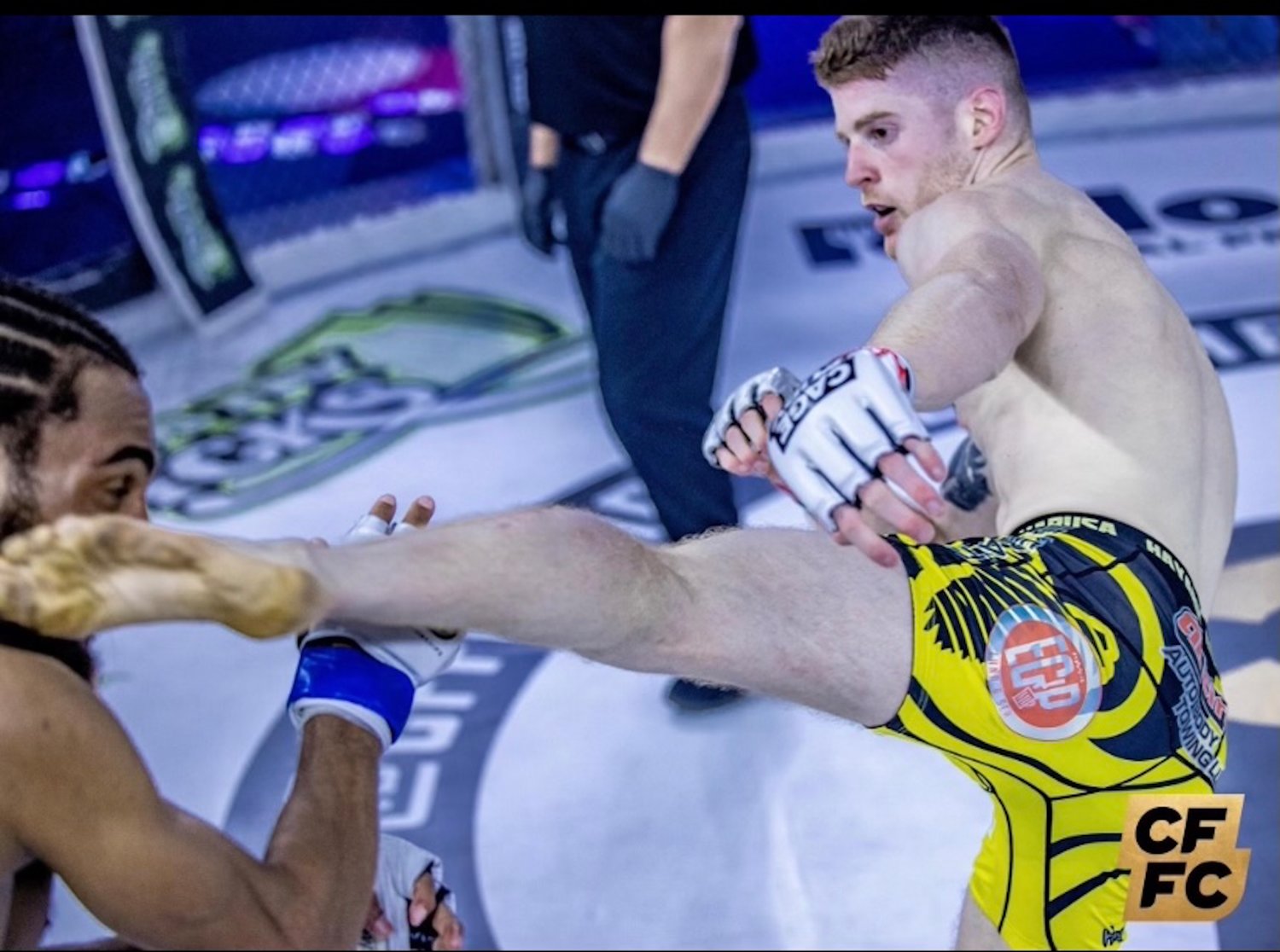 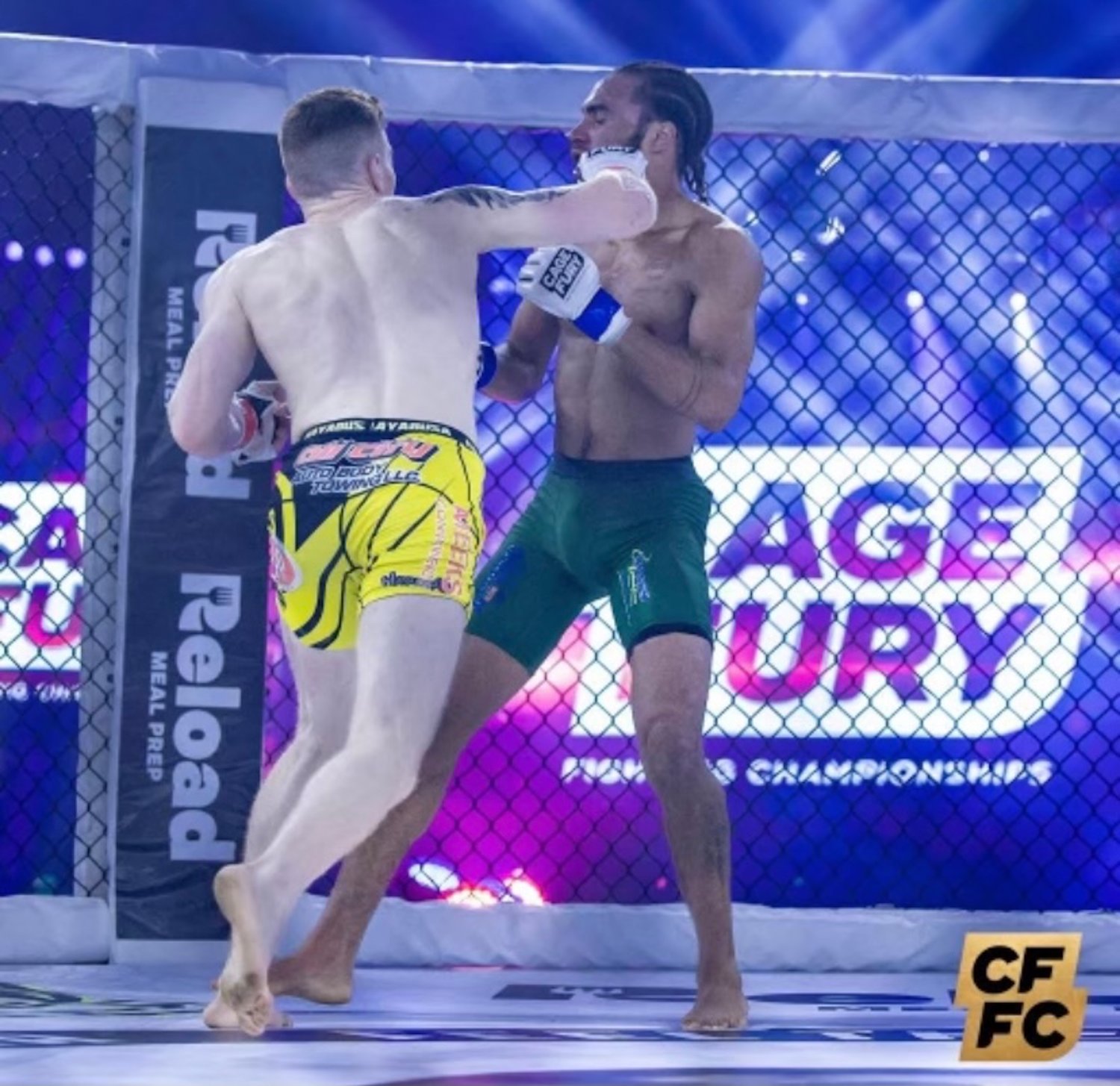 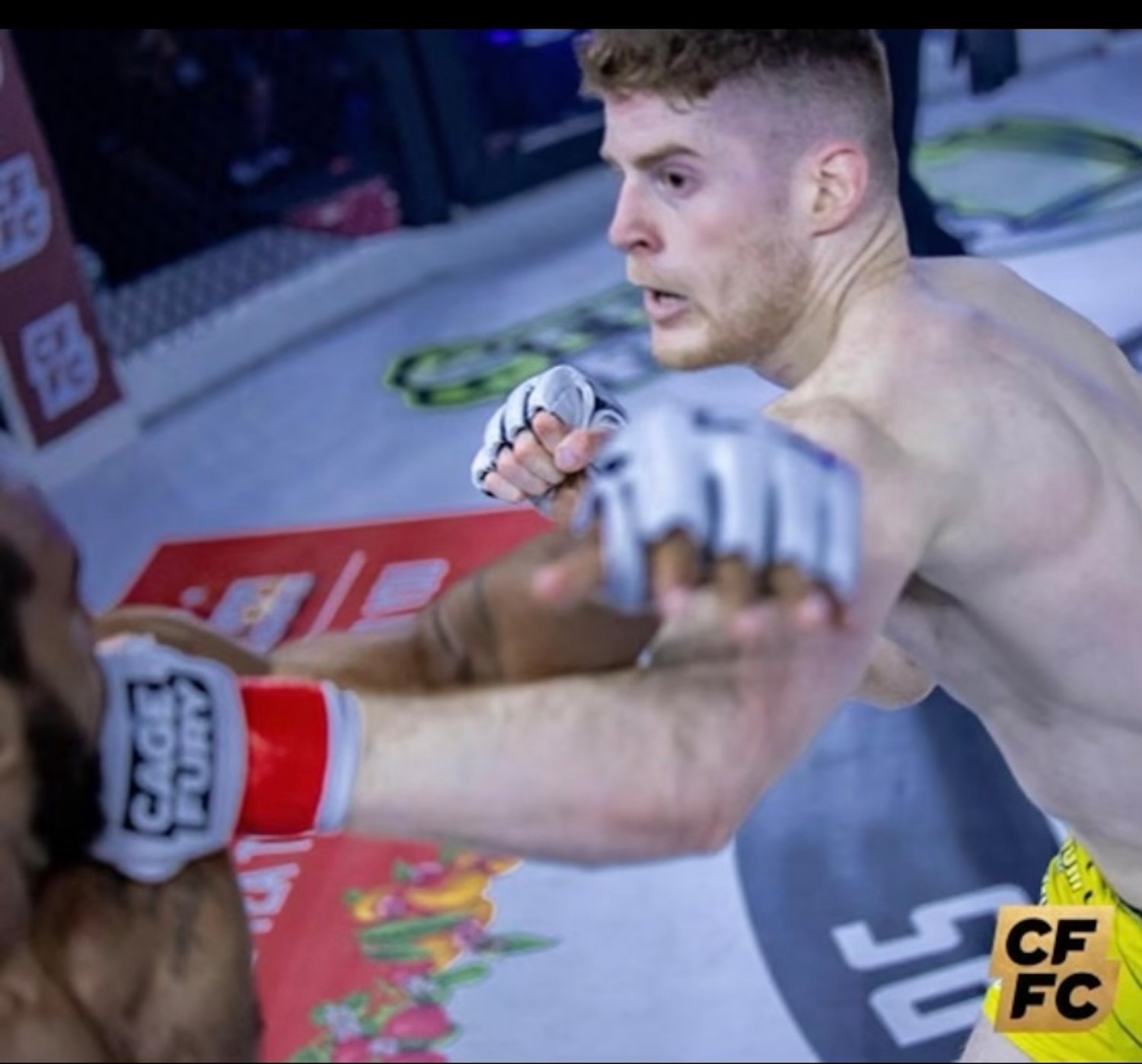 It was Campbell's first fight in front of a crowd since November 2019.
Courtesy CFFC
Previous Next
By Mike Smollins

For the first time in more than a year, Charlie “The Cannibal” Campbell had a mixed martial arts fight in front of fans, where he improved his professional record to 3-1 with a victory.

“It felt really nice having the family and loved ones there supporting me,” Campbell said. “It felt special.”

Campbell’s fight with Cedric Gunnison went the distance — three five-minute rounds — and the East Rockaway resident won by decision at Cage Fury Fighting Championship’s CFFC 93 at the 2300 Arena in Philadelphia on March 12. The event was also broadcast on pay-per-view, and about 500 people attended the card in-person, including about 120 of Campbell’s friends and family.

Campbell, 25, is 6-feet-1 and fights in the lightweight division at 155 pounds. The CFFC is run by President Robert Haydak, and though Campbell’s previous fight was for Bellator MMA, he said he decided to compete for the CFFC because he saw it as a potential stepping stone toward a career in Ultimate Fighting Championship. He called his time with Bellator a positive experience, and said he was open to returning there in the future.

Though he came in as the underdog, Campbell was able to defeat Gunnison, and said he used being the perceived underdog as motivation. He described his opponent as a “very skilled kick boxer, who was very dangerous off his back on the ground,” and said he felt as though he dominated the majority of the fight and was able to knock his adversary down in the first and third rounds.

“I feel like it raises people’s eyebrows even more when you’re expected to lose and you overcome,” he said.

Campbell was able to hand Gunnison his first loss, dropping his opponent’s record to 2-1. The fight marked the first time Campbell fought in front of an audience since November 2019. He was supposed to compete last December, but had a setback after contracting the coronavirus. He said it was tough being sick, but even more challenging getting back into fighting shape afterward because it was hard for him to get his lung capacity back to tip-top form. He began training in late January and while he progressed slowly, he was able to get ready in time for the March fight.

Campbell said he hoped to fight again in July, and noted that he wants to use his success to give back to East Rockaway, a village that he said he “loves representing.”

“I want to give back to the community, and at the same time show people that just an average kid from this town with passion and hard work can do something special,” he said. “People have yet to see the best of me as a competitor, as well as a person, and I’m looking forward to showing everyone both sides of that.”

To keep up with Campbell or follow his career, visit CharlieTheCannibal.com.