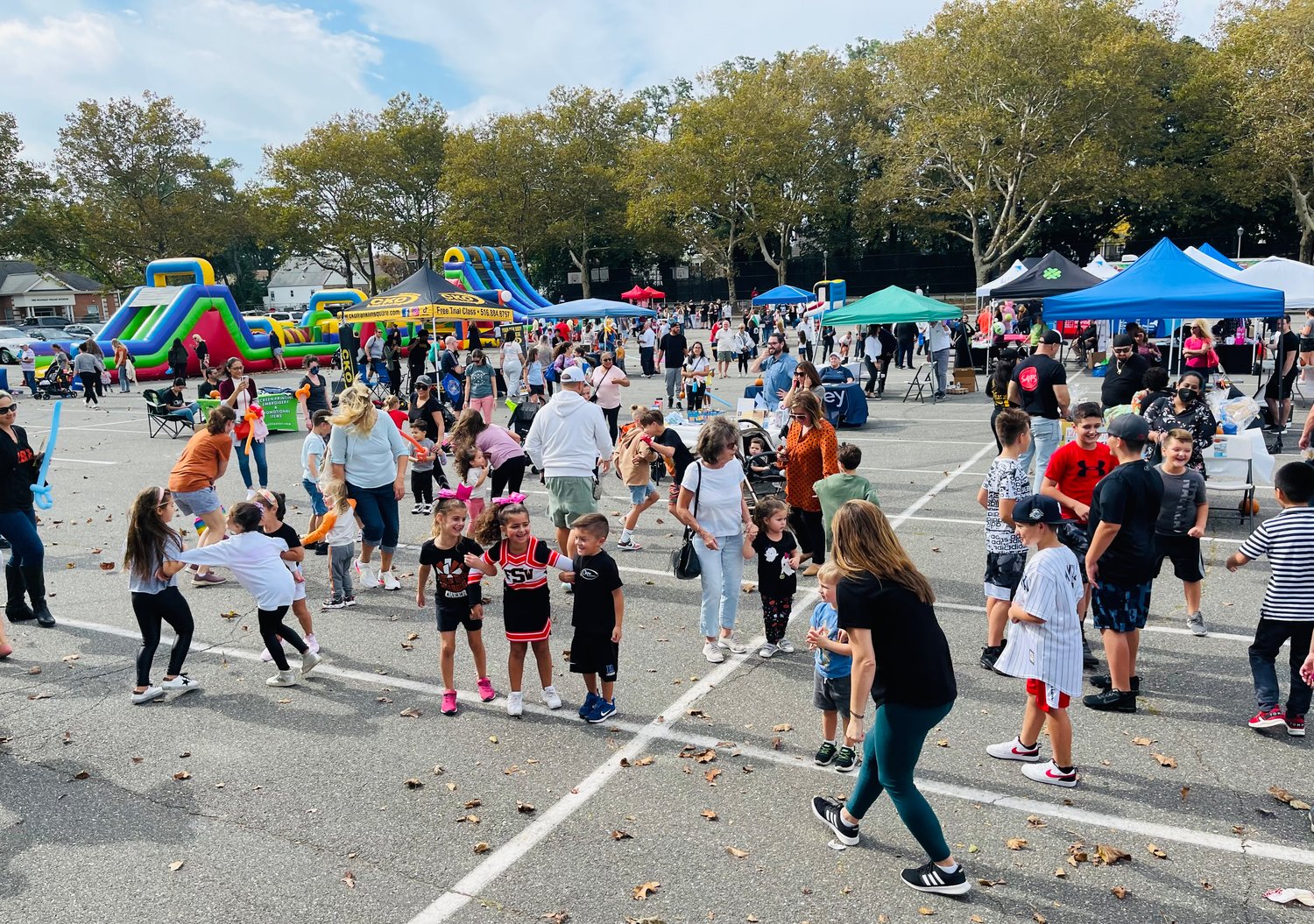 The Fall Fair sponsored by the Franklin Square Chamber of Commerce is almost here. Saturday, October 15, from 10-4 in the parking lot of Rath Park, there will be a live DJ, entertainment, and games for the kids, as well as a plethora of food provided by local restaurants.

Chamber president, Lisa Dellipizzi, reflected on the success of the previous year, saying about 1800 people showed up. This year would be the Chamber’s second year hosting the fair.

“Last year, we had comedian Anthony Rhodia, who actually lives near us in Franklin Square,” said Dellipizzi. “He kind of jokes around about Italians. He’s all over YouTube and Facebook.”

Rhodia will not be making an appearance but will be donating tickets to his show. Philly Pretzel Factory, Long Island Valley Grill and Restaurant both donated, and they “ran out of food by two o’clock,” she said.

“It was our first time, and we got the vendors ourselves,” said Dellipizzi. “Usually, you hire a place who does fairs, and they’ll take whatever percentage. They find all the vendors for you.”

We tried it ourselves. We were approached by vendors. We said no, ‘we’ll give it a try,’” said Dellipizzi. “We were able to do it. I don’t know how we did it, but we have an excellent committee.”

Patti McColley, who is a regional manager for Northwell LIJ, set up all the food vendors and sponsorships for the event. In fact, Northwell LIJ took a $1000 sponsorship. Dellipizzi, herself took a $250 sponsorship through her real estate business.

Different amounts of sponsorship entitle the business to higher levels of promotions, from simple flyers to TV ads, social media posts, and even presentations.

This money then goes into the raffling of several unique prizes. Dellipizzi views it as a “win-win” for the community. Businesses receive some noteworthy public relations, and the money trickles down to the Franklin Square residents via the prizes.

“All the money that we make goes towards promoting member businesses,” said Dellipizzi. “We made about $3,900 last year. That’s after we bought the banners and the signs.”

The fair also had inflatable rides, games, and a Franklin Square local who doubles as a clown. There was and will be a mixed martial arts company that will show demonstrations, too.

Last year, senator Anna Kaplan made an appearance and is expected to show up again.

“The main purpose really was to do something that the community would love–that the kids would love,” Dellipizzi said.

St. Catherine of Sienna will be pitching in with some volunteers, as there are only five people in the Chamber. The Boy Scouts, too, will participate as volunteers.

“Even though we are a business organization, we really just wanted to do something nice and fun for the neighborhood,” she said.

Businesses can sign up for different tiers of sponsorship with the Chamber to highlight themselves and get PR. There is a $100 admission fee for chamber members and $200 for non-chamber members.