Democrats scramble to see who will face D’Esposito 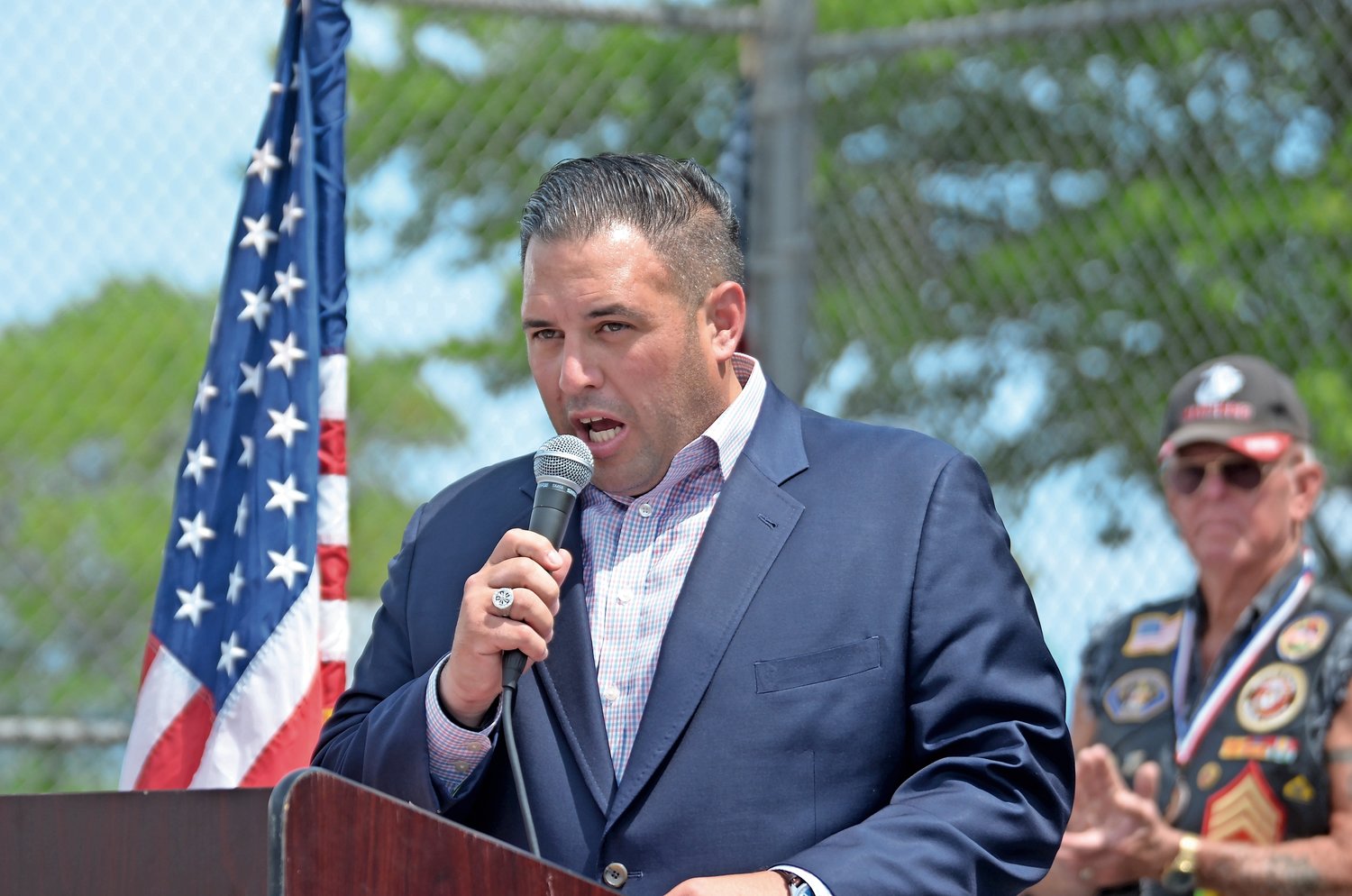 Town of Hempstead Councilman Anthony D’Esposito is ready to take on whomever Democrats offer after their Aug. 23 primary, already locking up the GOP nomination for the 4th Congressional District seat. Potential challengers include former Town of Hempstead Supervisor Laura Gillen and Malverne mayor Keith Corbett, who have combined to raise nearly $1 million.
Tim Baker/Herald file
By Brian Pfail

As midterms approach with political control of both the U.S. House and U.S. Senate up for grabs, candidates vying for the newly drawn 4th Congressional District are entering the final weeks before the Aug. 23 primary.

All but Anthony D’Esposito, that is, who has already locked up the Republican nomination, awaiting to see who will challenge him from the Democratic side in November. And he’s all but certain one hot-button political issue will be on the table: guns.

It’s not that the Town of Hempstead councilman doesn’t believe there is a problem with gun violence. To him, it’s simply a lack of enforcement against those with illegal firearms. And D’Esposito says he knows that based on a former partnership between New York City officials and the Bureau of Alcohol, Tobacco, Firearms and Explosives known as “Trigger Lock.”

Through that program, criminals knew they’d be sent to the U.S. Attorney’s Office for prosecution rather than a more local court.

“It changes the feeling on the streets, so to speak, for those that are toting illegal guns,” D’Esposito said.

“Federal law does more to protect ducks than it does to protect children,” Gillen said.

Gillen and D’Esposito have already raised more than $1.1 million for their campaigns between them. Keith Corbett, Malverne’s mayor, is working to keep pace with a war chest of more than $400,000 of his own. And while he is concerned about the flow of illegal firearms like D’Esposito, he also believes red flag laws intended to weed out people who are a threat to themselves or others from buying guns could be effective if databases were streamlined through federal agencies.

The last thing Corbett wants, he said, is another Uvalde, where 19 students and two teachers were shot and killed in a Texas school last May. As mayor, he’s already installed more than 350 cameras throughout the Malverne school district, which are monitored by the police department.

“We have access and auto locks to everything,” Corbett said. “We can see where they are. We can isolate.”

D’Esposito, however, fears many of the solutions Democrats are offering to combat gun violence will just fall short, saying many of these ideas have already been tested, like where he used to work in Brooklyn.

“There are good people that live there,” he said. “Democrats said over and over again that they were doing this to protect minority communities.”

Yet, those same communities “are the ones that have been affected the most” by bail reform, he added. Supporters back bail reform as they say staying locked up should be based on someone’s threat to the community, not how much money they have. Critics like D’Esposito say it’s letting too many people back on the streets to commit more crime.

Corbett believes bail reform could be good, but the problem “is the way they wrote those laws” — leaving too much room for interpretation in determining what constitutes a violent felony.

“I think any time we have police officers engaging in a community and developing relationships within the community, it’s a great thing,” Gillen said. “The police can be used as role models and educators for our children.”

While there might not be a lot the three agree on, something that has seemed to unite them is the belief many politicians are out of touch with their local communities. Like U.S. Rep. Alexandria Ocasio-Cortez, said to be on the far-left side of the Democratic Party.

Corbett says politics has become too much about personalities, and not about substance of what communities want.

“It’s about time we play that system for us, for me, for you, for your families, for the normal people,” Corbett said, adding he is “fed up and tired of sitting here and watching this mess of partisanship.”

Although D’Esposito won’t have to look for votes until the general election Nov. 8, Gillen and Corbett are not only battling each other for the Democratic nomination on Aug. 23, but also Nassau County Legislator Carrié Solages, Muzib Huq and Kevin Bryan Shakil.

While expectations are high that Republicans will take over Congress after the midterms, Gillen says she believes she can still be effective as a Democrat — especially as someone who has worked closely with Republicans in the past to get things done.

“That’s what we need in Washington,” she said. “Not political hacks, and not people who have allegiances and who are beholden to political party bosses.”